Plagiarism is one of the most despicable things a writer of any kind can do, and yet it happens all too frequently. Students flunk if they’re caught in the act, but authors caught red-handed often escape so long as they know how to handle the situation. 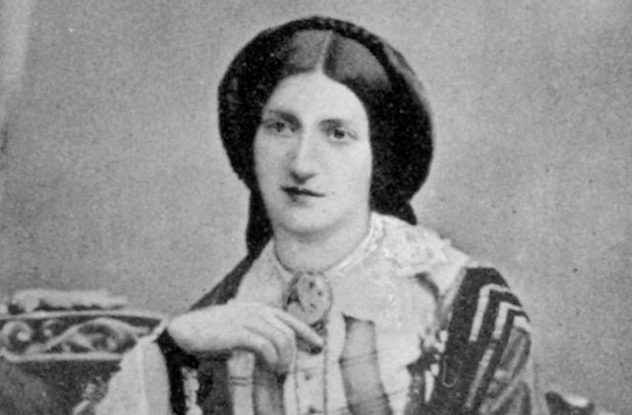 Miss Beeton’s Book of Household Management was one of the most influential and best-selling books of the 19th century, even though it was just a cookbook. The massive bit of writing goes on for more than 900 pages, with all but a few dozen of them recipes. At the end, Beeton cites merely “a great doctor” and solicitor for sources on medical and legal matters.

Later critics have found that Isabella Beeton stole every recipe from the writings of such other authors as Florence Nightingale and Eliza Acton. She was so careless that she would steal from male authors and not change the gender of the voice of the passage. Slightly changing some text to avoid plagiarism charges also led to some nonsensically bad advice—she advised readers to boil pasta for 105 minutes.

The deceit continued even after Isabella Beeton died at the young age of 28. Her husband, Sam Beeton, kept the audience in the dark about her death and kept republishing the book with new prefaces, implying that Isabella was still updating it.

New York Times writer Jayson Blair was an unusually committed plagiarist. He began the practice while working on his college paper, and in 2003, the Times found that 36 of his articles for them were either plagiarized or outright fabricated.

The investigation started when Macarena Hernandez of the San Antonio Express-News saw a piece from Blair with lines taken directly from one of her own articles. The resulting inquiry found that Blair wrote as though he were in locations from Cleveland to Virginia without even visiting the areas. Instead, he checked other writers’ deleted text for location descriptions. Blair’s theft not only ruined his own career but brought two editors down with him.

In 2004, Blair published a memoir called Burning Down My Master’s House. In it, he said that the scandal drove him to attempt suicide (though issues like his cocaine habit probably didn’t help). He wrote in an unapologetic yet inconsistent tone. The book sold a staggeringly bad 1,400 units in its opening week, even though 250,000 copies had been printed. 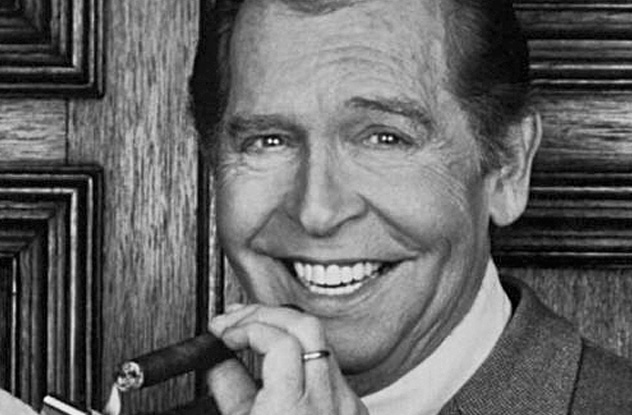 Milton Berle became famous as a comedian nationwide in the late 1940s through early television. He was also famous for being massively well endowed (an aspect of him that was joked about even during his memorial service). When he died, he left filing cabinets of jokes written on index cards. Don’t count many of them having been composed by Berle himself.

Berle was very open about his joke theft. He went by the nickname “The Thief of Bad Gags” (a strained pun on “The Thief of Baghdad”). Not only did Berle steal jokes, according to collaborator Carl Reiner, but he’d send his mother to steal them for him. 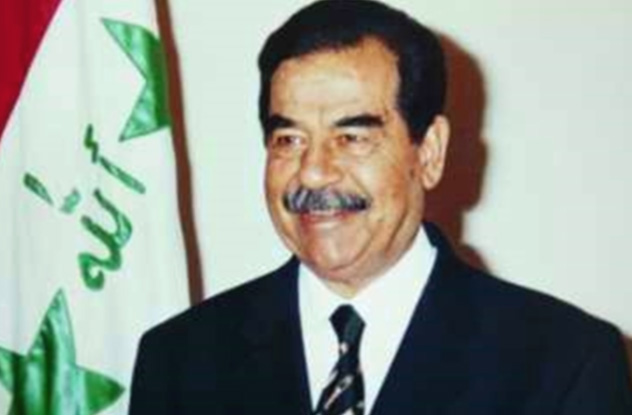 Obviously, Hussein and his government were responsible for many atrocities that make plagiarism look utterly insignificant. However, a surprising act of plagiarism that the Iraqi government committed in 2003 received considerable attention.

Months after the UN passed a resolution demanding information about Iraq’s weapons program, the Iraqi Government issued a sprawling 12,200-page counter-declaration. As US National Security Advisor Condoleezza Rice wrote in a New York Times op-ed, huge portions of it were unauthorized, unattributed extracts from the UN’s own reports on Iraq. Listening to Rice, it would seem that Hussein’s plagiarism was reasonable grounds for action against the country.

Fortunately, no evidence says that Hussein’s romance novel Zabiba and the King was plagiarized, so fans of that book have no need to worry. 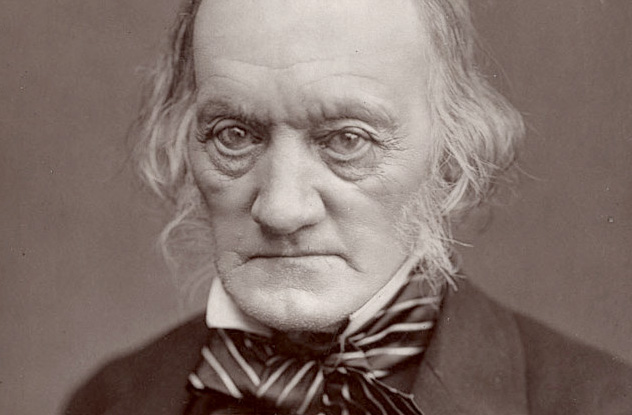 Few men have fallen further in the eyes of their scientific peers during their own lives than Richard Owen. The 19th-century biologist and naturalist is best known today for coining the term “dinosaur.” He also founded the Natural History Museum in London, and some may know him as one of Charles Darwin’s bitterest enemies.

Owen did a large amount of surprisingly blatant plagiarism, often stealing credit from people that were alive and in positions to respond. The most famous case was probably when he stole credit from geologist Gideon Mantell for discovering dinosaur bones. One of the more comically transparent ones was claiming in writing to be Professor of Comparative Anatomy at the Government School of Mines (a claim that made a career-long enemy of T.H. Huxley, who actually held the position). During debates about dinosaurs, Owen made his own accusations of plagiarism to discredit his opponents.

He was ultimately voted out of the Council of Zoological and Royal Societies. 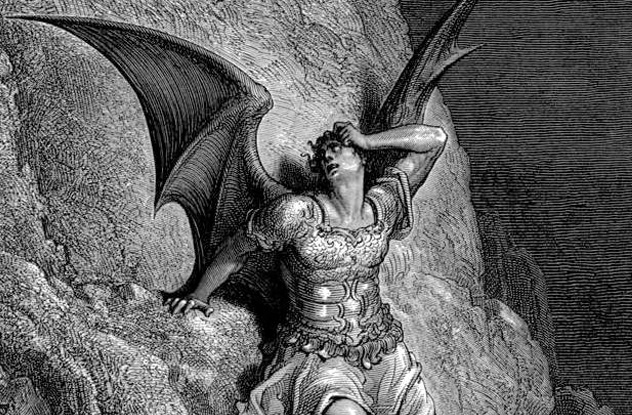 Most plagiarists try to merely steal the work of other writers to keep for themselves. Scottish schoolmaster William Lauder in 1747 had a much more bewildering plan in mind for John Milton’s 1667 classic Paradise Lost.

Lauder edited versions of works from before Milton’s time by poets such as Andrew Ramsey, Hugo Groutis, and Jacob Masenius. He took Latin versions of their poems, inserted translated lines from Milton’s classic, and finally showed everyone that Milton had really plagiarized the earlier authors.

Unfortunately for Lauder’s scheme, original copies of the older poems existed, so people could easily prove that he’d altered them. Lauder’s Latin was also reportedly poor, so his translations came out a bit jumbled. Although he temporarily acquired the support of the famous Samuel Johnson (who wrote the first English dictionary—and who’d long been annoyed with the universal praise Milton received), the fraud fell apart. Lauder’s reputation was ruined, and he’s said to have died a poor shop employee in the West Indies. 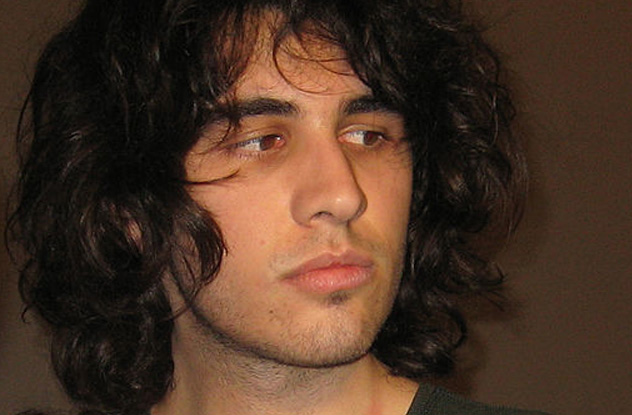 Nick Simmons began writing and drawing the comic Incarnate for Radical Comics in 2009. He got three issues in before the public discovered that he was plagiarizing various online artists, along with the popular 2002 Japanese manga Bleach. Panels from his comics laid over the originals revealed that poses, shading, and even line-work had all been copied.

Because Nick Simmons is the son of Gene Simmons of the band KISS, the scandal attracted the attention of even mainstream outlets like CNN and the New York Times. While Simmons denied that he had traced a thing, Radical Comics put the series on indefinite hold until the matter was sorted. As of 2014, Incarnate has not resumed publication. 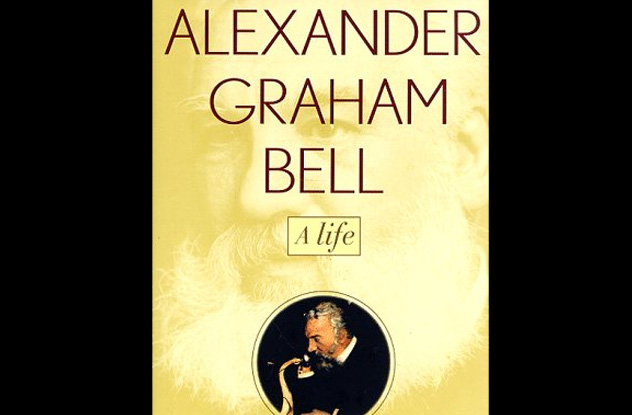 With more than 100 books to his name, including internationally released biographies, James MacKay certainly left a stamp on the historical writings of his time—even if he stole the stamp. In 1972, he was convicted for stealing postage stamp proofs from the British Museum for counterfeiting. It was a fitting precursor for his plagiarism scandal in the late 1990s.

In 1997, Pulitzer Prize–winning author Robert Bruce accused MacKay of plagiarizing his biography of Alexander Graham Bell for his own biography Alexander Graham Bell: A Life. MacKay had stolen passages on 95 percent of pages. He’d even plagiarized the author dedication—MacKay’s biography, like Bruce’s, thanked the National Geographic Society’s Bell Collection, but this collection was long gone by the time MacKay started work on the book.

Similarly, his 1999 book I Have Not Yet Begun to Fight: A Life of John Paul Jones was found to have significant plagiarism. The publisher, Atlantic Press, destroyed 7,500 copies, but MacKay remained adamant that he hadn’t deliberately copied a thing. 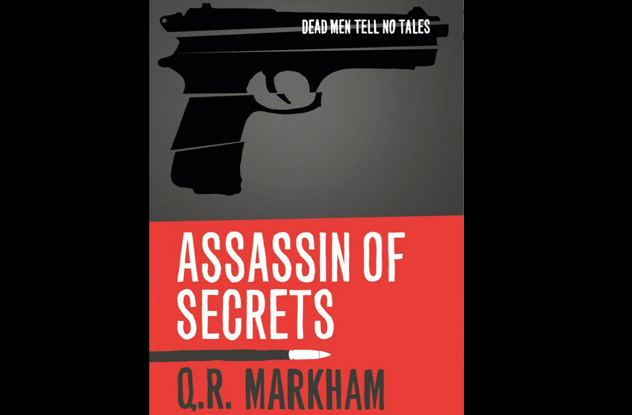 At the age of 19, Quentin Rowan was published in the 1996 Best American Poetry collection. When he crossed over into fiction at age 20, he almost immediately began submitting stories comprising text cut and pasted from elsewhere. He released self-published books in this style for years. In 2011, Little, Brown published his cut-and-paste novel Assassin of Secrets. A forum of James Bond fans spotted the complete plagiarism, and the book was off the shelves in a week.

Shortly after being publicly humiliated, Rowan responded in a questionable way. He went to the website TheFix.com, devoted to addiction, and wrote an article blaming his compulsion to steal on his early success. He’d felt that he couldn’t rely on his own skills and needed passages from better authors.

The weak claim worked out surprisingly well for Quentin Rowan. His plagiarized books were withdrawn from publication, but the costs of existing copies on Amazon skyrocketed to as much as $63.00 a pop. He was even profiled in the New Yorker. 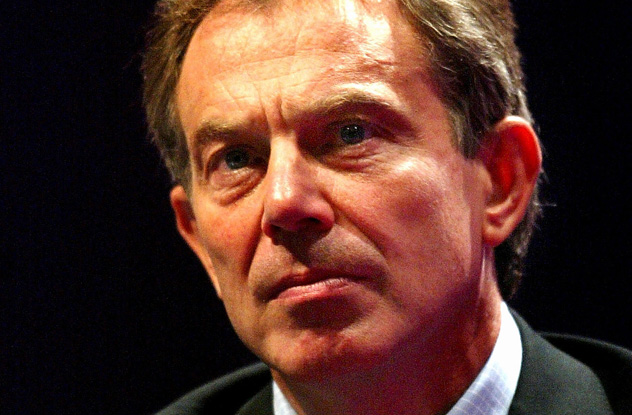 In 2003, the same year as Saddam Hussein’s plagiarized declaration, UK prime minister Tony Blair was trying to justify invading Iraq. A 19-page document, subsequently known as the “Dodgy Dossier,” formed the backbone of the case for the invasion.

The dossier contained lots of unattributed, stolen material. Material was taken from, among other sources, a doctoral thesis from California State University professor Ibrahim Al-Marashi. Blair’s staff even included the original document’s typos.

In 1998, the same administration had made a big deal when a rival had plagiarized a speech of Tony Blair’s. Truly, plagiarism is one of those things that makes us more alike than we’d dare admit.

Dustin Koski also writes horror stories like this one. Did he plagiarize it? You’ll have to check it out to see.