Books with endings that flopped can be a real killjoy for readers. Especially those who are passionate readers. Why is that? It’s because readers not only invest their time, but they invest their emotional energy in books perceived from the onset that will be rewarding to read.

Misfire on the ending, and an avid reader can turn on the book, the author, or both. And it can happen in an instant. It doesn’t matter to the reader that writing a story is hard work. All readers care about is that they are taken on a gratifying journey that culminates in a satisfying ending.

10 The Handmaid’s Tale
by Margaret Atwood

Why should you read “The Handmaid’s Tale”? – Naomi R. Mercer

Admittedly, The Handmaid’s Tale is a riveting story that takes place after an apocalyptic event. The story is set in Gilead in the dystopian United States, where women are treated as property.

The central character is a young woman named Offred. So what makes the ending of this otherwise intriguing and provocative story a flop? It is the fact that the reader is left with an inconclusive ending. In the end, Atwood doesn’t let the reader know what happened to Offred, especially who was responsible for her disappearance.

Atwood is a deeply reflective writer. She no doubt spent a great amount of time deciding on the ending to this story. Of course, as the creator of it, Atwood has the right to write whatever ending she sees fit. But it’s unimaginable that she would not want her readers satisfied when they finish the book.

9 The Adventures of Huckleberry Finn
by Mark Twain

One critical thing to a successful story is the “character arc” of the main characters. Huck should have fundamentally changed by the end of The Adventures of Huckleberry Finn compared to who he was at the beginning.

Initially, we experience a change in Huck when he turns away from the racism he’s grown up with as he slowly learns about Jim, an escaped slave, during their time together. Huck comes to see Jim as a fellow human being. But sadly, toward the end of the novel, Huck meets up with his old pal Tom Sawyer and he sinks back into his old ways.

After poor Jim is recaptured, Tom and Huck treat it as a joke, when there should’ve been an expression on Huck’s part of how unjust Jim’s capture was. Ultimately, Huck really doesn’t learn anything at all from his time spent with Jim. Hence, the character arc and the book ending flops.

8 Little Women
by Louisa May Alcott.

Little Women is about sisters and their shared, intertwined lives. Jo, the main character, is feisty and independent. She and her neighbor, a boy named Laurie, are probably too much alike for their relationship to grow beyond platonic friendship. Yet, we still root for them to get together and live happily ever after. But they don’t.

Laurie, seemingly on a whim, marries Jo’s very spoiled younger sister Amy instead. Dismayed, Jo heads off to start a school and teach. But she does get married in the end. She marries Professor Bhaer, who lacks the dynamism of Laurie.

Reader’s were not happy with who Jo ended up with. Maybe a better ending would’ve been for Jo to go it alone while burying herself in her devotion to books and education.

The first Hunger Games book hooked readers, who then stayed with Collins through all three. However, if you examine the three books side-by-side, you get a sense that her writing starts to flag.

By the time you end the third and final book, some would say Collins copped out and went for the happily-ever-after ending. The fact is that the character Katniss really wasn’t interested in Peeta for most of the three books. When they get together at the end of book three, it doesn’t ring true. Why? Because Katniss is a character who knows how to take care of herself and her family.

Maybe the popular thing to do was for Katniss and Peeta to get together, but many readers were disappointed in this ending.

Gone Girl is about a dysfunctional married couple, Amy and Nick. Each one is pretty messed up in their own way but put them together, and they take dysfunction to a new level.

Amy is a narcissist who has had to deal with Nick being unfaithful to her. So she sets about framing him for her own murder. Nick, on the other hand, moves through life not all that aware. He is not a deep thinker.

Alice’s Adventures In Wonderland has all kinds of fanciful things going on. Alice drinks a mysterious potion and suddenly shrinks. She and a flamingo play a game of croquet. The story of Alice’s experiences is probably the rare one where the author should’ve opted for an ambiguous ending. It would have better fit the overall theme of the story.

Instead, Carroll closes the story out by saying it was all a dream. Maybe the times dictated that he write this ending. Keep in mind writers have to make a living, too, and that means keeping readers happy. Or possibly Carroll’s publisher insisted on the “it was all a dream” ending, which, in the end, feels like a cop-out. 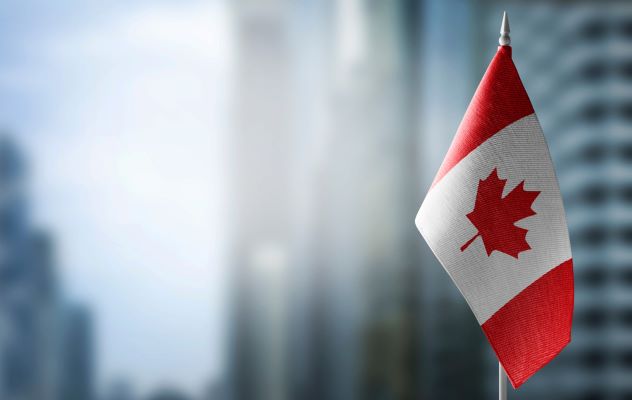 Road Ends is a story set in 1960s Canada in an obscure logging town where the Cartright family lives. The Cartrights are a truly messed up family with eight sons and one daughter, Megan Cartright.

Of course, Megan is cast in the role of being the designated caregiver to everyone else in her family. However, a time finally comes when Megan escapes to England, settling in London. She is making a life for herself when letters start arriving from home. The call of duty to her family is stronger than Megan’s own dreams. The dissatisfying ending comes when Mary decides she must return home to take up the role of caregiver once again.

This bookending is a flop because people don’t like to read about a character making progress only to end up going in reverse. Maybe it hits too close to home. The ending feels like it dashes hope.

3 Harry Potter and the Deathly Hallows
by J. K. Rowling

Harry and Voldemort finally have it out. It’s a fight to the death, and Voldemort dies. The fight was thrilling and a great climax to the Harry Potter series. However, the epilogue set nineteen years after the ultimate showdown comes across as a little too neat and cute.

Harry and Ginny are married, and so are Hermione and Ron. Things could not be better for both couples. The happy-ever-after ending just seems overly trite for all that Harry, Hermione, and Ron have been through.

Great Expectations is a story about Pip, a blacksmith’s apprentice, who mysteriously comes into some money and then squanders it fairly quickly when he moves to the city.

Great Expectations has been heralded for generations as being a great bit of writing. It turns out that Charles Dickens wrote two endings for this story. The ending he went with was suggested to him by a friend. It follows the happy-ever-after model, but many feel this ending doesn’t fit with the overall story.

The ending is overly optimistic and feels off. In other words, it’s a flop because it’s incongruent and snaps the reader out of the story.

1 Murder on the Orient Express
by Agatha Christie

Murder On The Orient Express (By Agatha Christie)►Animated Book Summary

Here we have an evil American tycoon named Ratchett who has been found murdered in his train compartment despite the door being locked from the inside. Hercule Poirot is on the train, which is now stuck in a snowy pass. Through his usual, finely honed sleuthing, Poirot posits that Ratchett, whose body has twelve stab wounds, was killed by all the other passengers on the train, excluding Poirot himself.

In the end, Poirot, who considered Ratchett a “beast,” tacitly absolves the murderers by letting them all go. Although an entertaining puzzle, the ending flops because it is just too far-fetched and goes against Poirot’s own exceedingly high ethical standards.