There are things in life that we just accept to be true. We hear them enough times from enough reputable people that we never look past what’s been said. On some of these facts and tales, though, there are alternative theories we don’t hear about. They’re a bit odd, but they’re also pretty convincing. 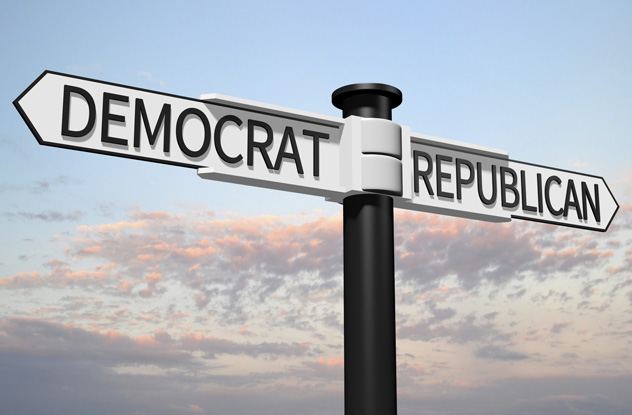 To describe opposing political views, we often use the terms “left-wing” and “right-wing.” At their most basic, these terms describe a person’s position on social equality, but the two sides (sometimes called “liberal” and “conservative” respectively) vary on many specifics, including economics, foreign policy, religion, and environmental issues.

The terms go back to 18th-century France, when politicians with varying views occupied literal opposing wings in the National Assembly. Since then, it’s been convenient to imagine that all political views lie on a linear spectrum. Someone can be far-left, far-right, or anything in between.

The Horseshoe Theory states that the spectrum curves in on itself rather than being a straight line. As the views become extreme, the ends come close to meeting.

The extreme ends of the scale are socialism on the left and fascism on the right. They’re actually pretty alike—their key attribute is that they prioritize the collective good over the interests of the individual. It’s difficult to determine, for example, whether the authoritarian government of North Korea is far-left or far-right

9We All Perceive Colors Differently 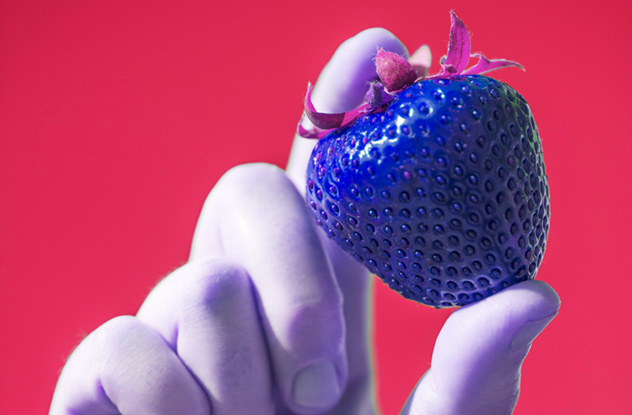 There is no dispute over the color of the sky. We’ll all point to it and say “blue” from the moment we learn the name for that color. But what if we perceive as “blue” a different color from the person next to us?

Each color has an objective definition, relating to the wavelength of light, and we have color-sensitive cells that objectively relay this information to the brain. But according to experiments done on monkeys by University of Washington scientists, the brain has no predetermined way of interpreting this information. By manipulating genes, it is possible to make a brain perceive the color blue as it once perceived the color red. Furthermore, it is possible that other people naturally perceive colors in this inverted fashion—they look at the sky and see the color that you see when you look at a strawberry, and vice versa.

There is no way to test for certain the color that others see when they examine an image. We have no reference for describing color other than our experience with colors themselves. Even the involuntary emotional cues we associate with color—such as awakening to yellow or considering green more calming than red—are learned, so they say nothing for certain about how a person pictures a color.

8Bullying Is Good For Health 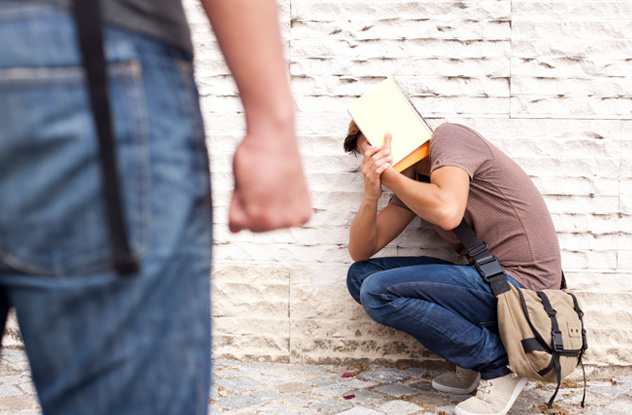 Bullies have long been seen as cowards who respond to family problems or innate sociopathy by picking on others. It’s possible, however, that bullying isn’t a troubled response but an active process that protects the body.

Duke University followed 1,000 subjects at different points in their lives, starting when they were nine years old and ending with them in their mid-twenties. Within these subjects, the researchers identified bullies, bullying victims, and people who were both or neither. The “pure bullies,” over time, had the lowest levels of C-reactive protein (CRP), a substance associated with inflammation and heart disease.

You might think that the bullies were simply naturally healthy and picked on the frailest among them. According to the researchers, however, this is not the case—even correcting for other variables, the bullies later developed lower CRP levels. According to one theory, this means that people are evolutionarily wired toward bullying to stimulate their own health.

7People With Autism Are Hyper-Aware 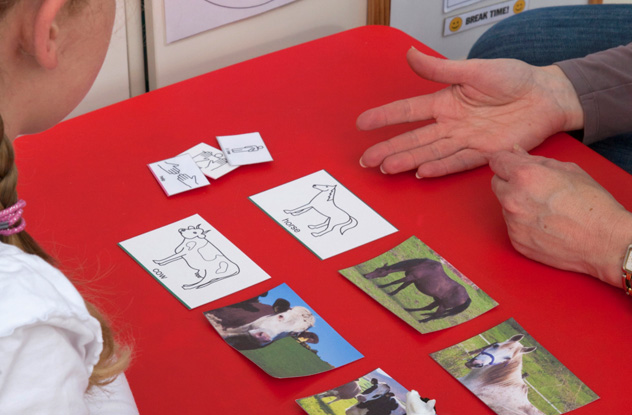 Autistic children are often considered to be uninterested in social interaction. One of the main indicators of autism is a lack of empathy.

New research, however, supports a completely different idea. Proponents of the Intense World Theory say that autistic children don’t turn away from the world because they don’t care—they do it because they are hypersensitive and have trouble coping with the flood of information.

Researchers have observed that when resting, the minds of autistic children carry 42 percent more electric activity than other children. This corresponds with processing 42 percent more information, which is a huge difference. As a result, autism is not a mental defect as first thought but rather a mental overload. Obesity is a massive problem in the developed world. We struggle to shed fat because we assume the extra weight is killing us. However, for some people, obesity may actually be the healthier option.

Cardiologist John Laver describes this phenomenon as “The Obesity Paradox.” Though obesity is an indicator of a number of diseases, once these diseases develop, fat people actually have better outcomes than thinner individuals. Laver bases this conclusion not just on his own research but on consistent trends across various studies over the course of the past decade.

In patients who have heart disease, overweight individuals have a 30–50 percent lower mortality rate. 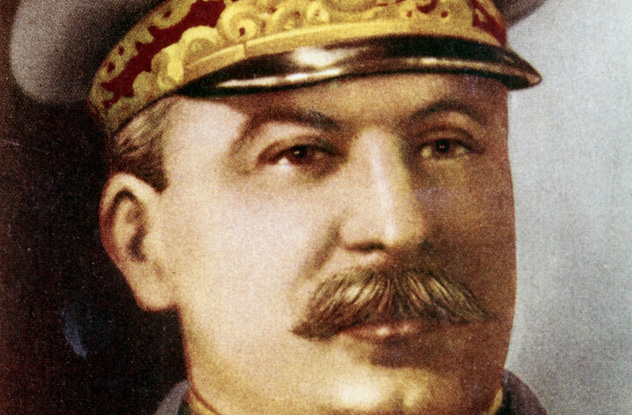 The narrative of World War II, especially its explosive finale, is extremely well known. Japan was forced into an unconditional surrender after America unleashed it’s nuclear weaponry on Hiroshima and Nagasaki. New details support another view that is little known outside academic circles—the Soviets pushed Japan to surrender.

Japanese leaders didn’t give up after the atomic bombings. The damage was catastrophic but not unfathomable—more civilians actually died in a single Tokyo firebombing raid than in either atomic attack.

The details of how the war would end were important to Japan. They wanted to avoid war crimes trials, preserve the Imperial System, and hang onto territories they’d gained. After the attack on Hiroshima, the Japanese hoped the neutral Soviets would negotiate terms with the US in exchange for Asian territories. It was a long shot but strategically savvy.

Then Stalin declared war on Japan and attacked forces in Manchuria. There would be no help from the Soviets, and Japan faced the prospect of a war on two fronts, which had ended horribly for Germany. Plus, their primary goal of retaining their Imperial system would be impossible under communist occupation. So they chose to surrender to what they perceived as the lesser of two evils—America. Jesus was crucified, was laid to rest in His tomb, and came back to life. That’s the traditional telling of the tale in Christian canon at least, whether you believe it or not. And yet even if you believe everything else said about Jesus in the Bible, alternative theories explain what really went on in that tomb. One of them says that Jesus never really died at all. He simply became unconscious on the cross, awoke in His tomb, and left.

At the time, Palestinian doctors were often tricked by comas. Jesus hung on the cross for only a few hours, rather than the days of agony that execution usually took. The Bible notes that Jesus’s executioners did not break His legs, which normally demobilizes the victim and hastens death. And though John the evangelist says that the Romans pierced Jesus’s side with a lance, this fact doesn’t appear in any of the other gospels.

It isn’t inconceivable that Jesus was mistaken for dead after He became unconscious, and He was taken to be buried. He awoke soon after and exited the tomb, and His followers only noticed the opened grave the following Sunday.

3Early Christians Were High On Shrooms This theory states that Christianity evolved out of earlier psychedelic mushroom fertility cults. Dead Sea Scrolls scholar John Allegro, by tracing biblical writings back to their Sumerian origins, claims to have found repeated mushroom references, which are hidden to all but those searching for those links.

Evidence from 13th-century Christianity also contributes to this theory. A fresco in a church in Plaincourault, France depicts a mushroom as the Tree of Life. These connections suggest that, like other faiths of the time, Christianity’s religious understandings were gained through psilocybin mushrooms.

2Acceleration And Gravity Are Not Proportional 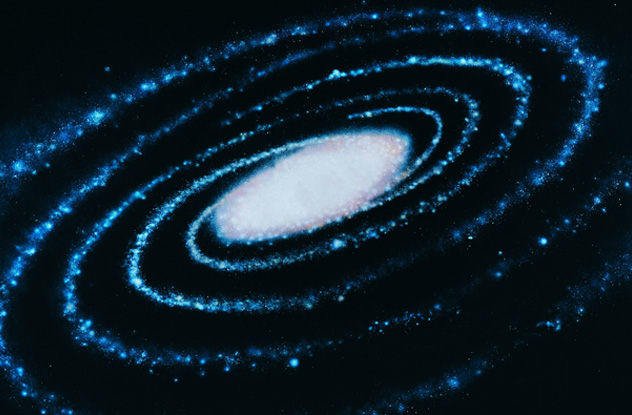 The mathematical laws of gravity break down on a galactic level. In theory, galaxies should fly apart at high velocities based on how far they are from the center of the universe. In reality, they move much less than Newton’s Laws would suggest. The conventional explanation for this oddity is that unobservable dark matter outweighs conventional matter five times over, throwing off many calculations. Unfortunately for this theory, we’ve never actually seen any dark matter—and we can’t, by definition.

This theory explains the problem of galactic movement without the need for dark matter. It was first proposed in 1983, and it’s back on the table, which could completely shift the whole concept of dark matter and gravity.

1The Universe Is Eternal According to the theory of the cyclic universe, the universe didn’t just start with a big bang. The current universe’s heat and matter will dissipate over the course of trillions of years. Then the whole universe will contract to a single point that expands again, starting the universe anew.

The Higgs-Boson adds more depth to this idea. What will bring us to the eventual retraction and squishing of our universe, for us to expand again? Too much pressure from the Higgs-Boson. If the Higgs field, which permeates space and time, provides too much tension, the universe will collapse into itself.

Hossey has something for everyone, whether it’s fiction and fire, rambling about sports or extolling wisdom in 140 characters or less.