Etymology, or the study of the origin of words, is dry, dusty stuff that will give you allergies if you play with it too long. It also happens to be one of our favorite topics—because sometimes a word travels through such a twisted path to get to its modern meaning that all you can do is scratch your head and wonder how civilization manages to keep itself going. Read on to find out what word got its start with people biting the heads off chickens, how a peaceful word became an international symbol of hate, and how wooden shoes changed the world. 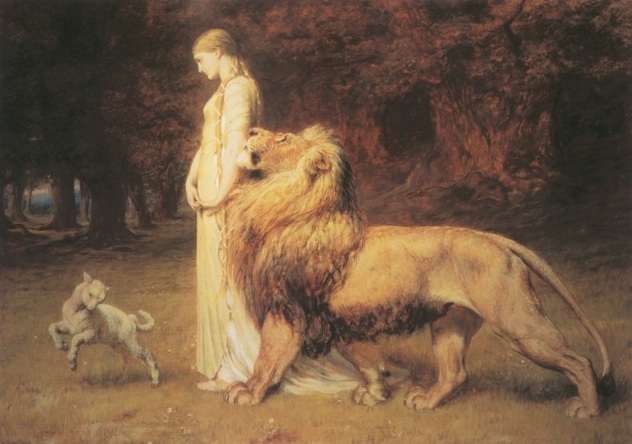 What it means now: “Completely lacking in subtlety; very obvious.”

What it used to mean: A thousand-tongued beast from hell.

In the 1600s, British began using the word blatant as a way to describe people who were vulgar and noisy. Granted, that’s not a major change to the present day definition, but before 1596, blatant wasn’t even a word; it was invented by Edmund Spenser in his fantasy story “The Faerie Queen” to describe a monster from hell, a giant beast with a thousand tongues—the Blatant Beast.

“The Faerie Queen” was essentially a long, drawn out allegory for 16th century English religion, and each character symbolized either a person or ideal in the real world. The Faerie Queen, for example, was Queen Elizabeth I. The Blatant Beast represented slander and wickedness, and as the story became popular, people began using the idea of the Blatant Beast as an insult to people who were too loud. It would be like calling a person who’s obnoxiously silly today a “Spongebob.” Eventually blatant lost the negative connotations of “vulgarity” and just became a synonym for obvious. 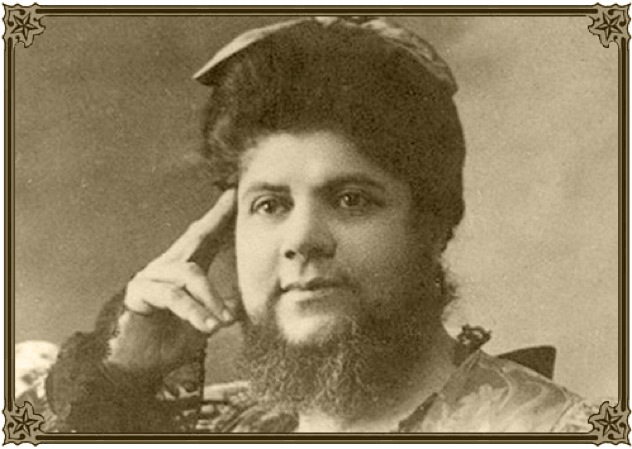 What it means now: “An unfashionable or socially inept person, or someone with an eccentric devotion to a particular interest (a computer geek).”

What it used to mean: A circus sideshow freak.

We all know what a geek is nowadays; the internet’s covered in them. Aside from the whole socially inept stereotype, geeks are also usually seen as pretty smart, even if that intelligence manifests as an encyclopedic knowledge of which enhancement gems give more agility to a Feral Druid in World of Warcraft, or something like that.

But originally, the word meant something completely different: a circus sideshow freak. As recent as the early 1900s, traveling circuses would display what they called “geek shows,” featuring either performers with some utterly bizarre ability or feature (The Bearded Lady, Pretzel Man, etc.), or a performance in which something bizarre happened. Usually, that meant a person eating something disgusting, like biting the heads off live chickens.

And as a further departure from the intelligent geeks of today, it’s believed that the word geek in those shows came from the old German word geck, which was basically a stupid person. 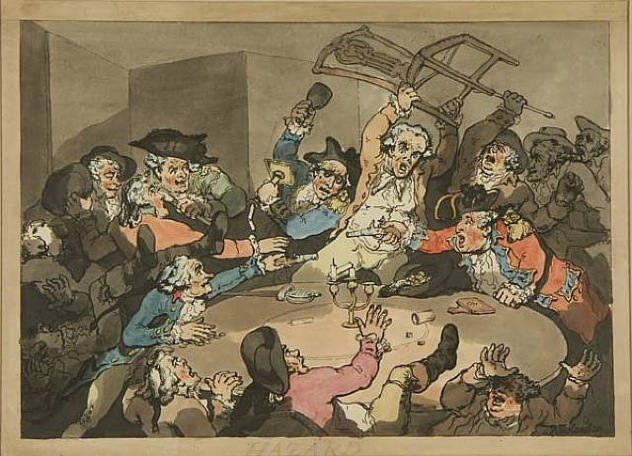 What it means now: “A danger or risk.”

What it used to mean: A gambling game played with dice

In the 14th century, Geoffrey Chaucer wrote “The Canterbury Tales,” one part of which describes young men playing a dice game called Hazard. This was a fairly popular game of chance in France at that time, in which one person rolls a dice while onlookers place bets on how a series of rolls will turn out. The rules were complicated to say the least. Try to make sense of this:

Over time, the negative image of gambling led to the name of that particular game, Hazard, being used to describe any type of chance game, such as “He’s off playing hazards again.” Over about two hundred years, the word further evolved to mean any kind of risk. Interestingly, the game stuck around in a sense—craps is a simplified version of Hazard. 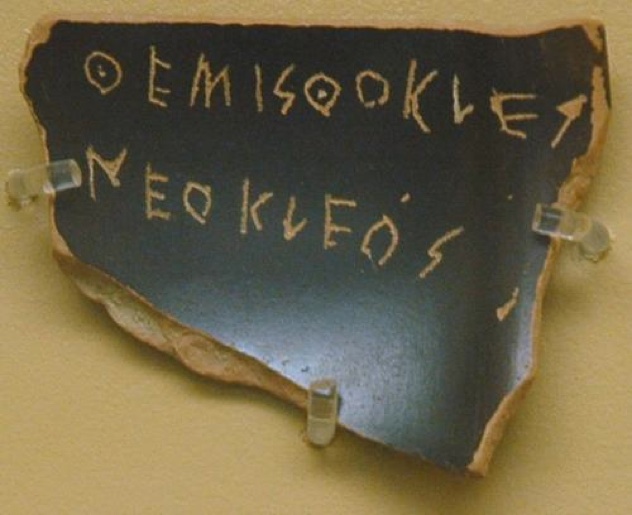 What it means now: “To exclude someone from a society or group.”

What it used to mean: A government procedure to literally ban someone from Athens for ten years.

The Athenian Democracy was incredibly influential from 550 BC to around 320 BC. They practically created the model by which many other Greek city-states built their own democratic governments. Nevertheless, they had a few customs that might seem strange to us today. One of those was the Ostracism. Every year, Athenian citizens were given the chance to vote for any person to be banned from the city-state for a decade. There was no specific list of people they could choose from—they could vote to ostracize a criminal just as easily as they could vote to get rid of their brother (although usually a political figure was chosen).

As long as at least 6,000 people voted, whoever received the most votes was given ten days to leave. If they returned before the ten year period was over, they were put to death. But they wouldn’t return penniless—their possessions and status would all be restored. It would be like they never left.

Archaeologists have discovered something close to 12,000 “ostraka,” the pottery shards used for writing the votes. Out of those, nearly 5,000 are votes for a man named Megacles. Talk about unpopular. 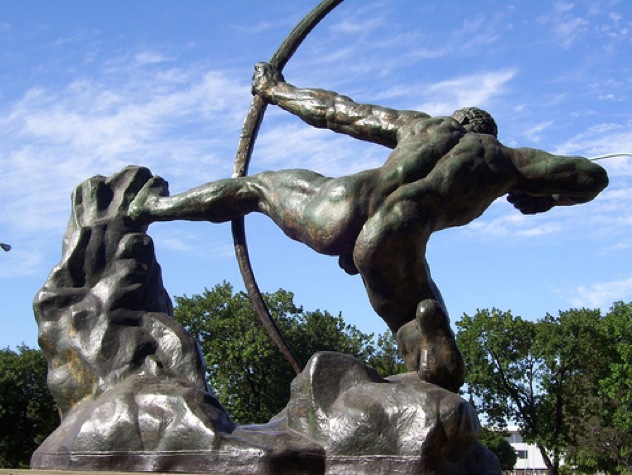 What it means now: Poisonous

What it used to mean: Greek archery

In ancient Greek, the word toxon means bow, as well as “the arrows shot from the bow”—and really just archery in general. The Greeks later added to that, creating the word toxicus, which means “poison for use on arrows.” Toxicus made its way through Latin, then French, and finally English, ending up as the word we use today, toxic. The unusual combination of poison and bows, however, started with Hercules.

In the story of Hercules, the mythical hero had to face twelve Labours, or challenges. The second challenge he faced was the Hydra—a serpent with nine heads and poisonous blood. The Hydra was seemingly invincible—chopping off one of its heads only caused it to grow two more heads in that spot. Hercules eventually defeated it by cauterizing each neck with a torch after slicing off a head. Then, after removing the Hydra’s final head, Hercules dipped his arrow tips in the blood—he “made his toxons poisonous.” 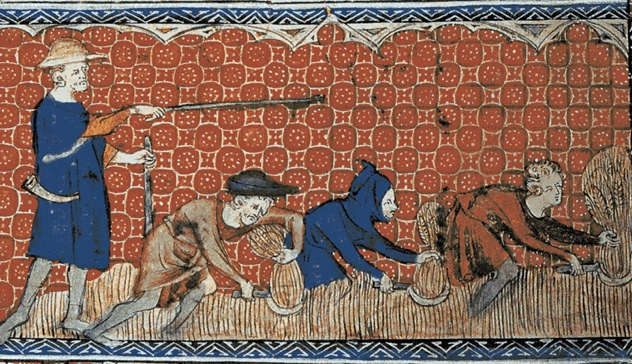 What it means now: “A person guilty or capable of a crime or wickedness.”

What it used to mean: A farm worker

Everybody, especially Batman, is familiar with villains—thanks to over half a century of movies, we all know that the villain is the bad guy. Back in the 14th century though, villains were the backbone of agriculture. That is to say, they were the guys who worked on farms. The word villain is actually an old French word that pulls its roots from the word “villa,” Latin for country house.

Over time, the meaning of the word gradually changed: Farm workers were poor, practically peasants. Peasants, being poor, are untrustworthy. Untrustworthy people commit crimes. And eventually we ended up with the modern day definition of villain, which is a rich person who gets killed by James Bond. 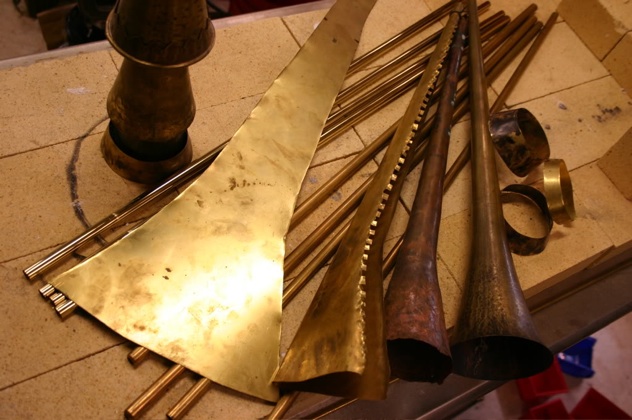 What it means now: Well, you know.

What it used to mean: An abrupt sound from a wind instrument.

The word poop means quite a few things, all of them completely different. In nautical terms, the poop is the stern deck of a ship, a phrase which came about in the 1700s. As a verb, the word poop was originally used in the 1500s to describe a short blast of sound from a wind instrument, such as a horn. By the 1700s, the sound of a “short blast of wind” had already begun to be associated with something else that involved gas moving through pipes.

From there, it was only a matter of time until it reached its modern-day definition. At first it was a phrase used by children, then poop slowly seeped into modern culture and by the turn of the 20th century it was a household word—about the same time indoor plumbing became commonplace, as a matter of fact. 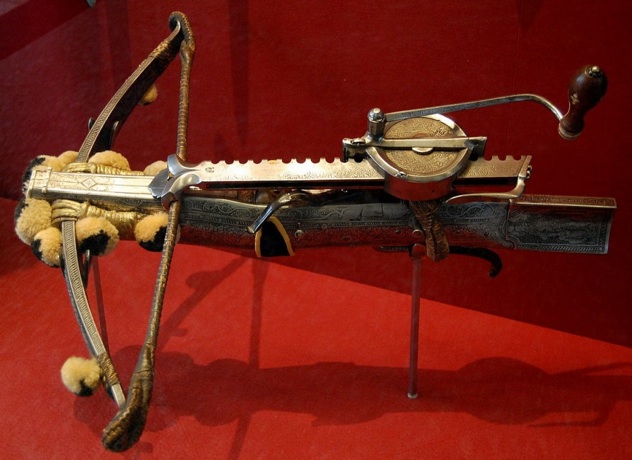 What it means now: “An angry argument or disagreement.”

What it used to mean: A square-headed crossbow bolt.

Technically, nobody really uses the word quarrel on a day to day basis. “Argument” works just as well. That said, it’s still a universally known word in the English language. Quarrel usually means something like a verbal shouting match, but it can also mean a long-standing dispute between two people, such as an old quarrel between families that goes back for generations. That definition was widely used during the 15th century.

Go back to the 13th century, though, and quarrel is a special type of arrowhead on a crossbow bolt—four sided, which stems from the Latin word quadrus. Quarrel also became the word used for a square pane of glass, again coming from the Latin root for “four.” There’s no indication of how quarrel went from describing a crossbow bolt to becoming the word for an argument, but we’d like to think it’s because arguments were resolved with crossbow fights during the Middle Ages. 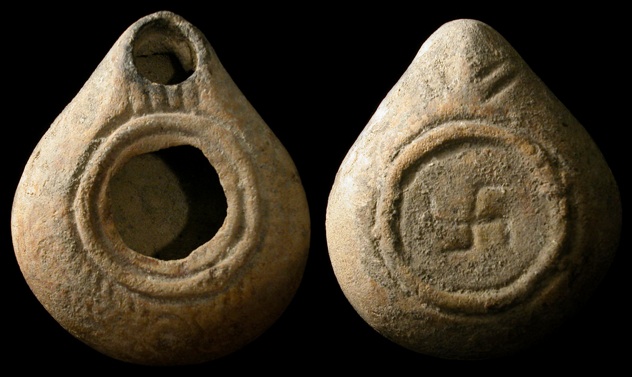 What it means now: The symbol of the Nazi Party and the Third Reich.

What it used to mean: Well-being and good luck.

Well before Hitler plastered a swastika on every flag and military uniform in Germany in 1932, the symbol had already been around for nearly 3,000 years. The oldest known record of the use of the swastika comes from pieces of pottery dated to ancient Troy circa 1,000 BC. The word itself comes from the word svastika in the Sanskrit language, which translates to “being fortunate.” As Sanskrit originated in the Indo-Aryan region, especially around India, it’s no surprise that swastikas appear heavily in Buddhism and Hinduism symbolism. To Buddhists, the swastika represents eternity; Hindus use a swastika to represent the god Ganesha.

When Hitler commandeered the swastika for his own purposes, he was attracted to its Indo-Aryan significance, claiming that it represented the “mission of the struggle for the victory of the Aryan race.” 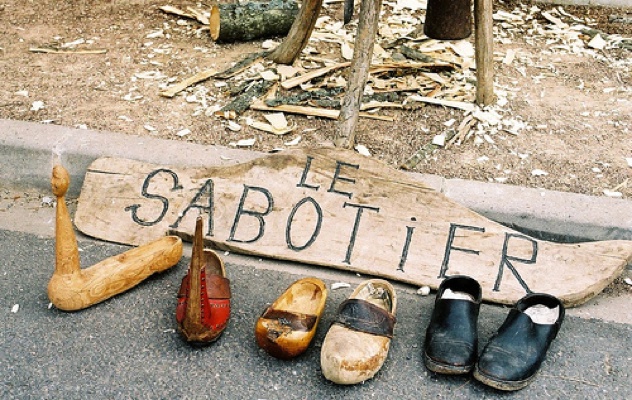 What it means now: “Deliberately destroy, damage, or obstruct.”

What it used to mean: To walk noisily wearing wooden shoes.

In 13th century France, wooden shoes were unfashionable. These wooden shoes were called sabots, were worn by lower class citizens because they were cheaper than leather shoes. Now, if you’ve ever tried to walk more than a few steps in a wooden shoe, you know it’s difficult, clumsy, and noisy. The French noticed that fact as well, and came up with a word to describe it: saboter, to walk noisily wearing sabots.

Eventually saboter changed to sabotage and the meaning we know today, but the jump from “noisy walking” to “deliberate destruction” comes with a fun story: when French workers went on strike, they would angrily hurl their wooden shoes into the factory machinery, damaging them beyond repair. Thus wooden shoes became a symbol of destruction.

Unfortunately, that story hasn’t been verified, and most etymologists think that the modern meaning came about through a comparatively boring story: Wooden shoes make you clumsy, and so saboter became known as any sort of bungle, like getting the words wrong in a speech and completely bungling the whole thing. By 1910, saboter had further progressed to malicious bungling, and the word was changed to sabotage.