China censors the Internet more than almost any other country in the world. There, searches are filtered, sites are blocked, unwanted news is deleted, and emails are monitored. And thanks to this strict censorship over the press and the Internet, serial killers and their horrifying deeds rarely make the news. 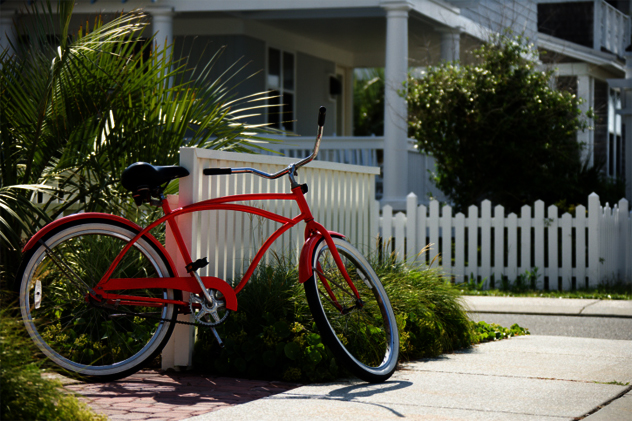 Chen Yongfeng killed 10 people in Wenzhou in Zhejiang province of China between February and May 2003. His victims were his competitors in the “garbage collecting” trade. They would sift through trash to find any usable material which they could later resell. When business became tough, Chen began luring his competitors to his home, where he murdered and dismembered them before dumping the body parts in different places across the city.

His arrest came by chance—police officers knocked on his door to ask him to move a bicycle parked outside his house. When Chen opened the door, the police officers saw that his home was filled with the blood of his latest victim who, incidentally, was also the owner of the bicycle. News of his murders and arrest instilled fear in the people of Wenzhou, who began looking at outsiders with suspicion. Police recovered 229 body parts from Chen’s victims in dumpsters around the province—so many that it took 29 bags to hold them all.

His killings were motivated by theft—he had stolen 10,032 yuan ($1,600) from his victims. He was, however, ordered to pay nine times that amount to the relatives of his victims as funeral expenses. The Wenzhou City Intermediate Court sentenced him to death. 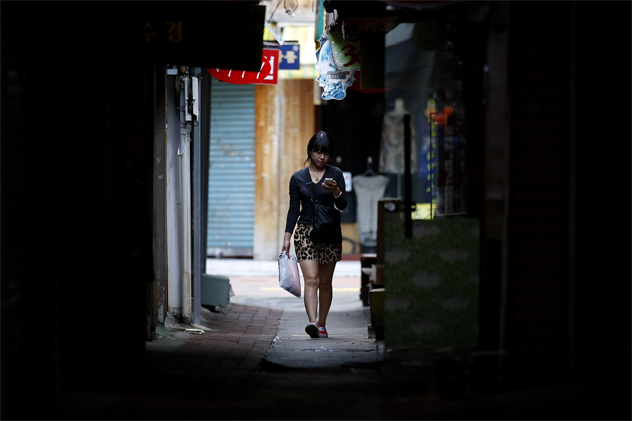 Duan Guocheng killed 13 women in Hubei province in Central China. The killing spree began in April 1999 when he attacked, robbed, and killed a 24-year-old university student and took her keys and wallet. All his victims were young women in their twenties. He sexually assaulted some of them, but did not rape any. He initially targeted women walking alone in dark streets and unlit alleys, but soon began attacking them in their homes.

The first woman he attacked in her home was found with more than 30 stab wounds. While the killings lasted in the city of Wuhan, women began cutting their hair and stopped wearing red dresses because there were rumors that the killer targeted women fitting that specific profile. This earned Duan the name “The Red Dress Killer.”

Duan had been sentenced to five years imprisonment for robbery in the ’90s, and he spent most of his teenage years in a juvenile home. Police believe his killing spree was the result of his lonely teenage years and physical weakness. 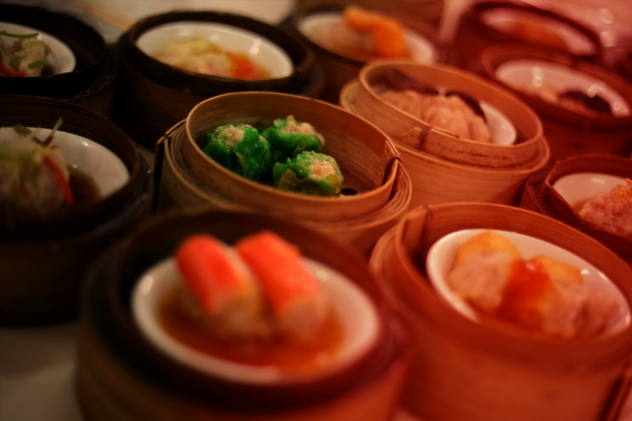 Wang Fang killed eight people, seven of whom were members of her extended family. She used a potent rat poison called dushuqiang, which has been banned in China since 1991. The killings were motivated by jealousy. The killing would have stopped much sooner, but Wang’s family members never reported the murders to the police because they believed that the house in which they were living was haunted. She killed one of her nieces in 1996 by putting poison in water and asking her to drink it because she felt her mother-in-law preferred the girl to her own daughter. She poisoned another niece two months later because she felt that the girl’s mother belittled her and her husband.

Another boy faced her wrath in 1999 because his father—who was a relative—had quarreled with her earlier, and she went on to poison four other family members, including her parents-in-law. Wang was finally caught after she poisoned her 57-year-old lover. She killed him because, according to her, he always failed to keep his promises. 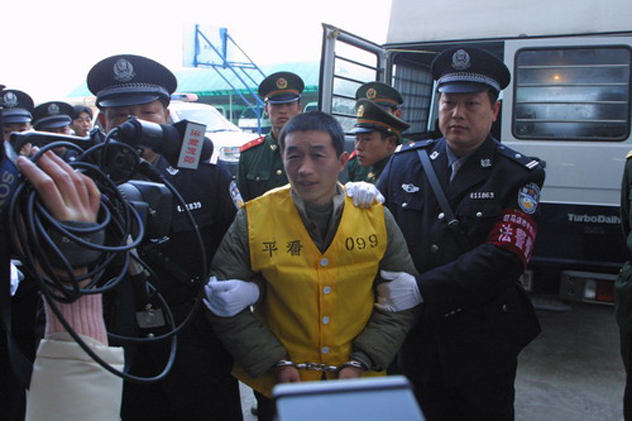 In 2003, Huang Yong confessed to murdering 25 young men and boys. His motive: He wanted to know what it felt like to be an assassin. He specifically targeted young males, because older men were too vigilant and killing females would make him less of a “hero.” He began killing in September 2001 by luring boys from video halls and Internet cafes to his house under the guise of getting them jobs or funding their education. He would tie them to a noodle processing machine he called the “intelligent hobbyhorse” before suffocating them to death with a cloth. He then kept their belts as souvenirs.

Huang was arrested in November 2003 after a would-be victim escaped and alerted the police. Police found the bodies of more than 12 boys in his apartment. Huang was convicted for 17 of the 25 murders. He was sentenced to death during a three-hour-long trial in December 2003. Over 300 people attended the trial, and the court installed loudspeakers so that people outside could hear the proceedings. 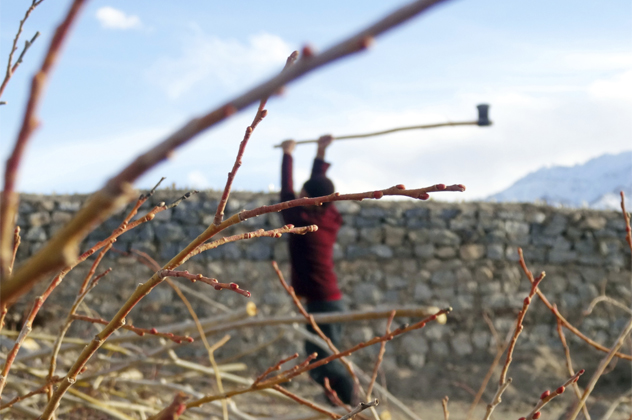 Wu Yangdong killed 10 people in the cities of Shenzen and Naijing between 1999 and 2003. His murders were motivated by money and outrage. His first victim was his girlfriend, whom he killed because she asked him to separate from his wife. He used an axe on her before strangling her to death. The next day, he killed her daughter and dumped both their bodies in a well. He also killed another girlfriend, along with her sister, in October 2001.

Before this, he had robbed and killed three truck drivers, a motorcyclist, and a coworker. He also carried out a paid killing within this period. The murders came to light in 2004 after he was sentenced to death for killing the husband of his girlfriend in 2003. Although Wu admitted to the murders—along with some robberies—he refused to plead guilty because he wasn’t the only one involved in the 2003 murder of his girlfriend’s husband. He also told the court that he couldn’t stop after the first killing even though he knew he would be caught and sentenced to death. 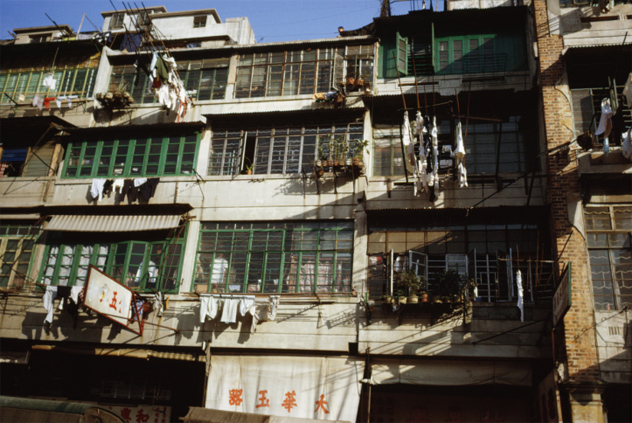 Song Jinghua killed nine women in Beijing between 2005 and 2007, solely because they resembled his brother’s ex-girlfriend. He and his brother had robbed and killed a driver in Gongti several years earlier because he refused to give them “protection money.” His brother’s then-girlfriend disappeared the day of the killing, only to reappear to testify against them in court, making Song believe that she was the one who had turned them in. His 18-year-old brother was sentenced to death while he, who was 17 then, was given an eight-year sentence.

He was released in 2002 and later met with Yan Jinguang, who assisted him with the murders. Because Song couldn’t find his brother’s ex, he would trick girls who resembled her into a car, where he robbed and killed them. As the body count grew, they rented an apartment where they killed and dismembered the women. Song and Yan were arrested in November 2007 after killing a female neighbor who had seen Song trying to bury a woman’s head. Song said he found killing stimulating and knew he would be caught. He was executed on May 27, 2011. 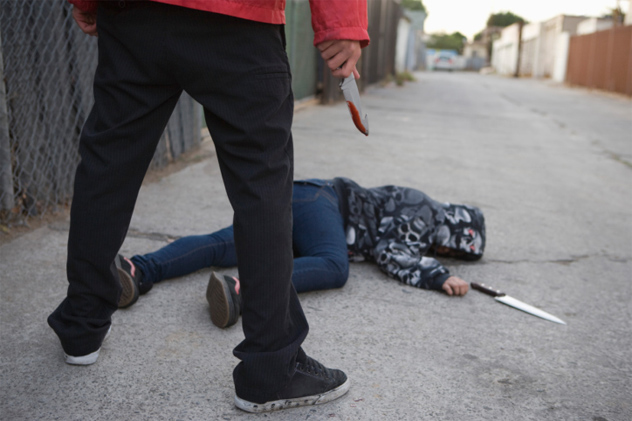 Taxi driver Li Pingping killed seven people. Four were prostitutes whom he lured to his house between November 2002 and April 2003, when he was a driver with a Beijing taxi company. He targeted prostitutes because he believed they made money more easily than taxi drivers. He would pick them up from nightclubs and have sex with them before killing and dismembering them and tossing their bodies in a garbage dump near his home. He also stabbed his former employer Song Shuitan to death, along with Song’s wife and daughter. He killed the three of them because Song had sacked him in 1995.

Li was also accused of setting someone’s house on fire the same year. He was arrested in June 2003 and sentenced to death in March 2004. His wife was sent to prison for 15 years for helping him with the murders and keeping stolen loot. 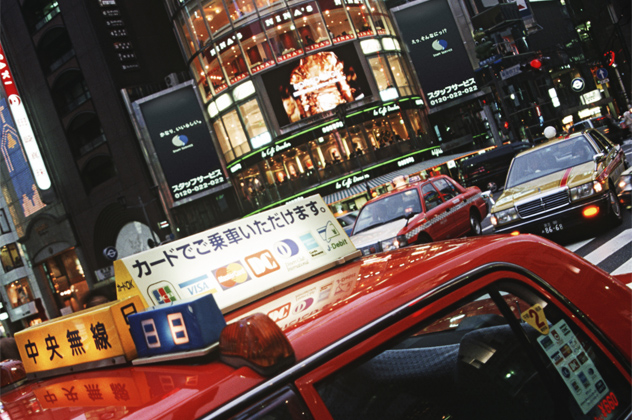 Alternately dubbed the “Taxi Demon” and the “Taxi Devil,” Zhou Wen began his murderous spree after his wife had an abortion without his permission. From July 2003 until he was arrested in November the same year, he killed six women. He picked up the women at night with his taxi and strangled or choked them to death with a rope. He dumped their bodies in wells or outside town. He killed one of his victims because she wanted to start an affair with him to get revenge on her husband.

Zhou kept a detailed diary of the killings, including the date of the murder and the place where he dumped the body, because he wanted to help police locate the bodies whenever he was caught. Residents of Anshan, where the murders took place, celebrated with fireworks when news of Zhou’s arrest reached the town. Taxi drivers also joined in the celebrations, as their business had been negatively affected since the killings because people had stopped taking taxis at night. 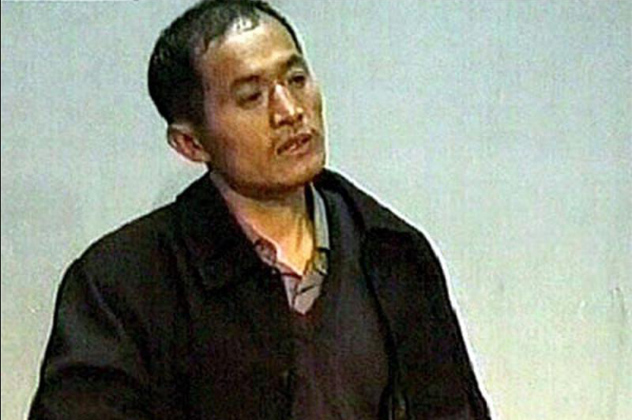 Gong Runbo sexually assaulted and killed six children in China’s Heilongjiang province between March 2005 and April 2006. He also lured and sexually assaulted five others, although he did not kill them. His victims were all lured from Internet cafes and were aged between 9 and 16. He was arrested on February 28, 2006, when a would-be victim escaped and alerted the police. Police arrested him at a nearby cafe and found four decomposing bodies which showed signs of sexual abuse in his house.

Children’s clothes, scattered bones, and over 10 pairs of children’s shoes were also found in the house. Prior to these murders, he had spent eight years in prison for raping a young girl. Although police could convict him for only six of the murders, forensic evidence showed that he might have killed as many as 20 children. He was sentenced to death. 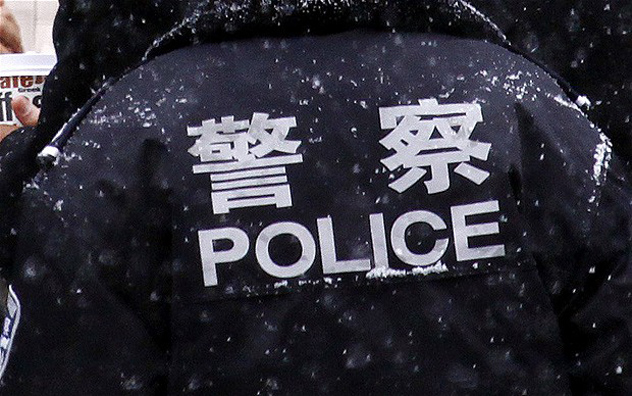 Zeng Kaigui, a former People’s Liberation Army policeman turned serial killer and bank robber, is suspected of killing six people in southwest China starting in 2004. He’s also implicated in a fatal shooting in 1995. His killings reached their peak in 2012 when he killed a man and dispossessed him of £20,500 ($33,000) outside a bank in Naijing. Over 13,000 police officers and two helicopters were deployed to find him. Zeng is described as a highly trained marksman and a master of disguise skilled at avoiding surveillance.

Police mounted roadblocks and searched Internet cafes, hotels, buses, and trains. Male passengers willing to travel over long distances with public transport were required to show their identity cards. Banks increased their security and armed policemen began escorting people who wanted to make huge withdrawals. A reward of 200,000 yuan ($31,700) was initially offered to anyone who gave details that led to his arrest. This later increased to more than 1.95 million yuan. As of May 2012, he was yet to be caught.

Elizabeth advises you to stay out of crime.