When we read about 19th-century serial killers, there’s often a dark and eerie twist to their story that reminds us of a time when murder really was at its most horrid. The 19th century was a time when the macabre was everywhere, and if a deadly, incurable disease didn’t kill you first, then a rogue murderer might get hold of you instead.

If asked to name the most notorious serial killers from this era, most of us wouldn’t hesitate to name Jack the Ripper or Dr. H.H. Holmes. Yet there are many others who are rarely mentioned in the history books, but their twisted crimes will never be forgotten. Detailed below are ten of them, along with their chilling deeds. 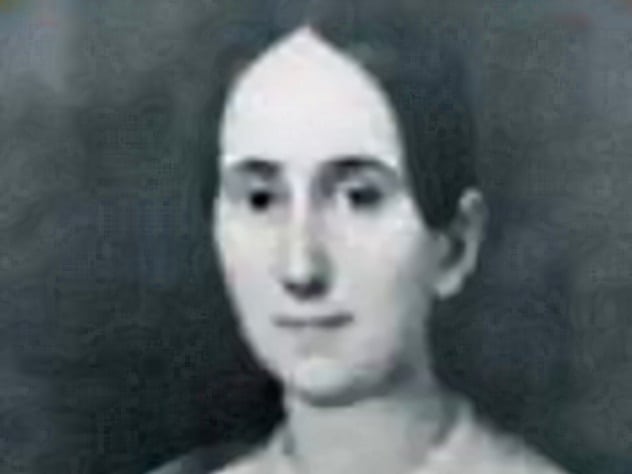 Madame Marie Delphine LaLaurie was a well-known and captivating socialite who would host lavish parties at her home in the French Quarter of New Orleans, but she hid a disturbing secret—the torturing of slaves for her own sick pleasure. When a young slave girl fell from the roof of her home, authorities fined LaLaurie, made her sell her other slaves, and banned her from taking in any more slaves. Nevertheless, she continued to buy slaves through her family and social connections.

On the morning of April 10, 1834, a fire started in the kitchen of the house. The fire brigade found an elderly woman chained to the stove, who told them other slaves had been taken to the attic of the house and never returned. A real horror story was discovered in the attic—a torture chamber where slaves were routinely brutalized.[1] Disgusted by the crimes, an angry mob formed around the house, leading LaLaurie to flee to France and never return. She is believed to be responsible for at least four known murders. She died in France in either 1842 or 1849, depending on the source. 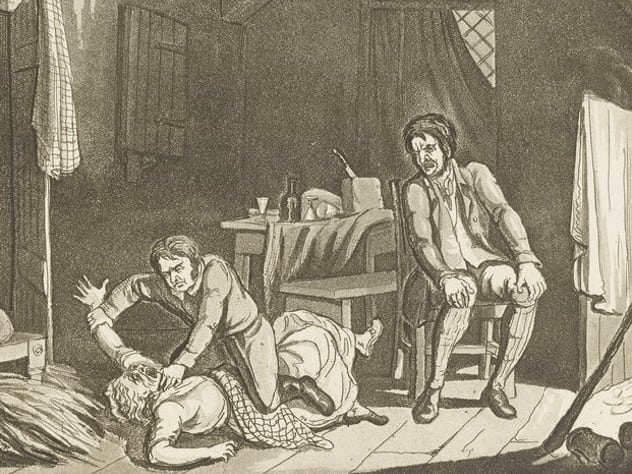 William Burke and William Hare were serial killers living in Scotland who first cashed in when one of Hare’s lodgers died suddenly but still owed him rent. Hare decided to sell the body to a private anatomy teacher at the University of Edinburgh who needed cadavers for medical research. The money-hungry duo then planned to kill the lodgers themselves and quickly sell the bodies.

Victims were lured to the lodging house, given enough alcohol to render them helpless, and then suffocated. They managed to successfully kill and trade the bodies of 16 known victims before their evil scheme came to a halt. They were finally caught when one of the corpses they sold was that of “Daft Jamie,” who was well-recognized by locals. Both killers were arrested, but Hare was allowed to walk free, as there was little evidence against him. On January 28, 1829, Burke was hanged, but what ultimately happened to Hare is still unknown. Records show he ended up in Ireland.[2] 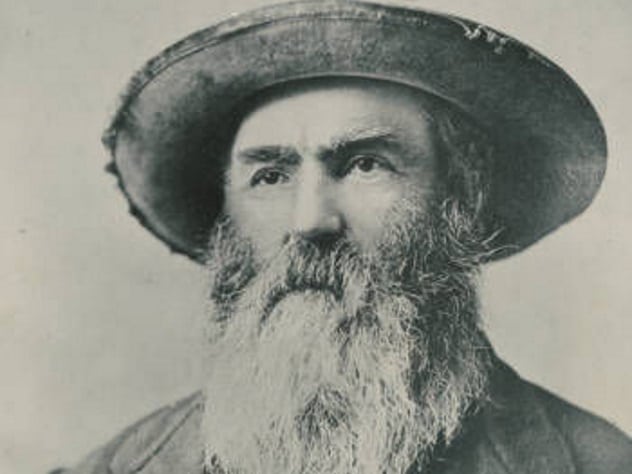 Born in 1824 in New Jersey, Jeremiah Johnson is known for the legendary dark stories attached to his name. Johnson served during the Civil War as a logger, trapper, scout, and sheriff. However, he is better-known for the 15-year-long war he waged with the Crow Native Americans who killed his wife.

It’s believed that in 1847, his wife, who was a member of the Flathead Native American tribe, was murdered, and he sought his revenge. According to history books, he scalped more than 300 Crow and cannibalized their livers. It wasn’t long before his reputation grew, and he became known as “Liver-Eating Johnson.” Eating the liver was an insult to the Crow, as it was believed to be vital for the afterlife. Johnson avenged his wife and died in 1900 at a veterans’ home in Santa Monica, California, at the age of 75.[3] 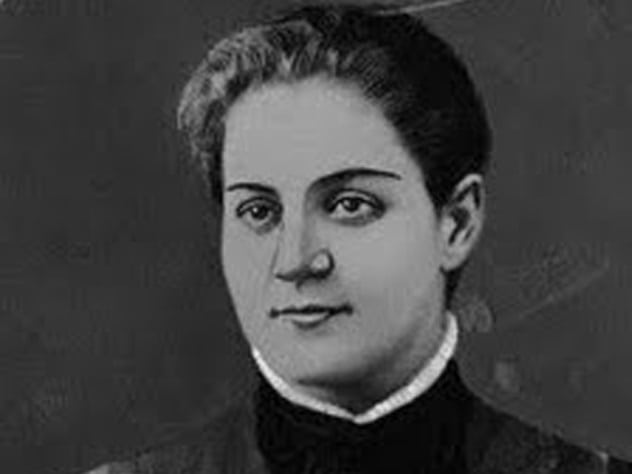 Serial killer Jane Toppan is famously quoted as saying her dream was “to have killed more people—helpless people—than any other man or woman who ever lived.” Born in 1857, the former nurse from Boston, Massachusetts, used her patients as medical guinea pigs, altering their prescribed dosages and even climbing into bed with them as they lay unconscious. Following an investigation that set out to explain why an unusually high number of patients were dying, it was discovered that Toppan had administered lethal doses of morphine or atropine to all her victims.

Known as “The Angel of Mercy,” she finally confessed to 31 murders, although the real victim count is believed to be more like 70 to 100 patients. She also revealed that she experienced a sexual thrill from her patients being so close to death at her own hands. Toppan’s previous suicide attempts allowed her to win an insanity plea, and she was confined to a state mental hospital for 40 years until her death.[4] 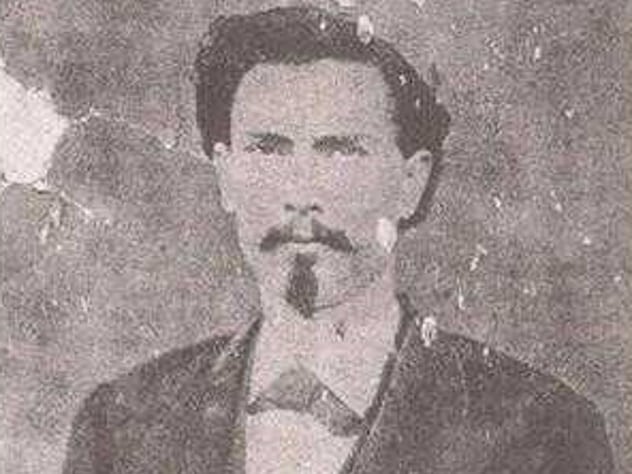 Wild Bill Longley was known as one of the deadliest gunfighters in the Old West, and he boasted that he had killed 32 men. Born in 1851 in Austin County, Texas, he specifically targeted black men so he could steal their horses. His brutal slayings were overlooked, as the victims were ex-slaves.

In 1870, he enlisted as a trooper in the mountains. A former sergeant described him as “an idle boaster, a notorious liar and a man of low instinct and habits, but tolerated on account of his good nature, gift of gab, and excellent marksmanship.” Eventually, his murderous ways caught up with him, and he was hanged for his crimes. On the night of his execution, he wrote to his brother, “I don’t dread this at all. Tomorrow this time I will be in a much better place.”[5]

According to his father, Wild Bill’s execution was a hoax; a rich uncle bribed the Sheriff with $4,000 to use a special harness to fake the hanging. In 2001, historians put this tale to rest, as it was reported the remains from the grave site were most certainly those of Wild Bill. 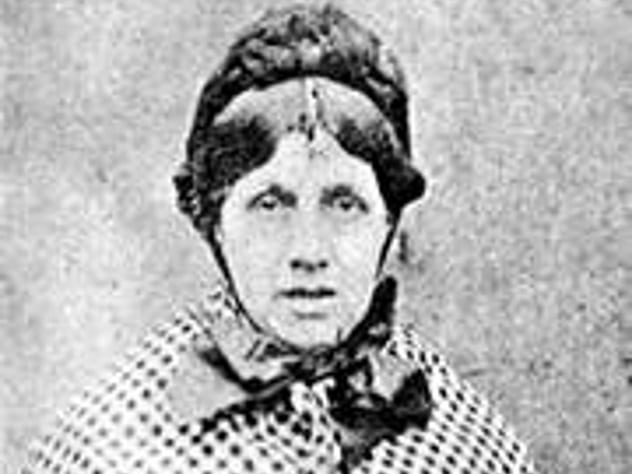 English serial killer Mary Ann Cotton is believed to be the mastermind behind the deaths of at least 21 people, including three of her four husbands and 11 of her 13 children. Cotton’s method was a cruel one: She would poison her victims with arsenic and then cash in the insurance policies. Police officials became suspicious when her stepson died, and she went on a trip to the insurance office first before informing a doctor. It was discovered that she had moved around the country, and almost everyone close to her had died of stomach fevers.

After being charged with the murders, Cotton did not have a pleasant end. In 1873, she was hanged by the ruthless executioner William Ong Calcraft, who would insist on using a short rope. Instead of her life ending with the breaking of her neck, she was throttled on Calcraft’s rope, which would have been an agonizing death. The method was described by writer Charles Dickens as a “dastardly craft.”[6] 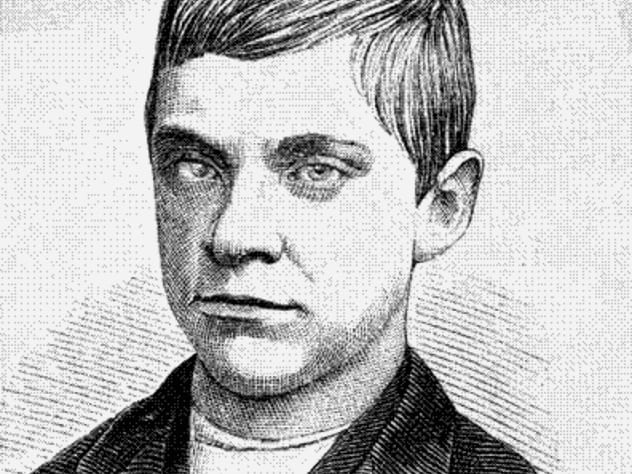 Jesse Pomeroy is the youngest person to ever be found guilty of first-degree murder in the history of Massachusetts. He was 14 at the time. Known as “The Boy Torturer,” by the age of ten, he already had a thirst for blood and had begun tearing his mother’s songbirds’ heads off. On Boxing Day in 1871, four-year-old William Paine was found hanging from a rope in an outhouse. Then Pomeroy’s violent attacks became more frequent; he would slash at other boys with a knife, hold their heads underwater, and scratch at them with his nails.

Eventually, Pomeroy’s reputation of violence caught up with him, and following the death of another four-year-old boy, who had his throat slashed almost to the point of decapitation, he was arrested. In total, Pomeroy murdered two boys, tried to kill another, and tortured eight others. When asked what should be done with him, he replied, “Put me somewhere, so I can’t do such things.”[7]

Found guilty of murder, he was sentenced to execution by hanging. However, this was changed to life in solitary confinement when two governors refused to sign the death warrant. He died behind bars at the age of 72. 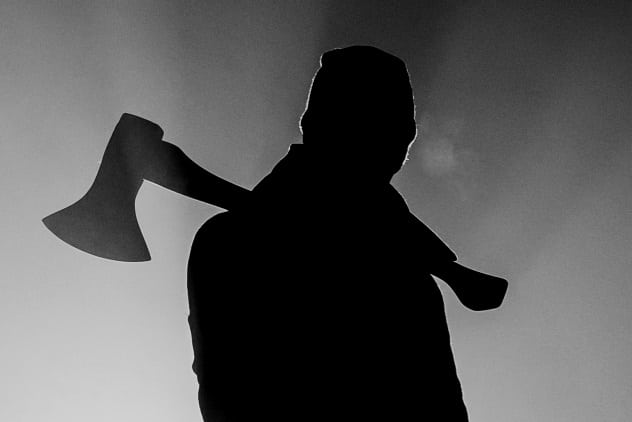 During the years of 1884 and 1885, a serial killer known as the Servant Girl Annihilator terrified the city of Austin, Texas, as he would drag sleeping women from their beds to mutilate and murder them. Eight people (seven women and one man) were killed with an ax, and six of the victims were discovered with a “sharp object” inserted into their ears. The New York Times reported that the “murders were committed by some cunning madman, who is insane on the subject of killing women.”

Police officers were baffled by the crimes and interviewed more than 400 male suspects. Rumors spread among the black communities that the killer was a white man skilled in voodoo, as he was able to enter the houses where the servant girls slept and leave undetected. Also, no guard dogs outside any of the buildings ever barked. The real killer was never captured, and his identity still remains a mystery.[8] 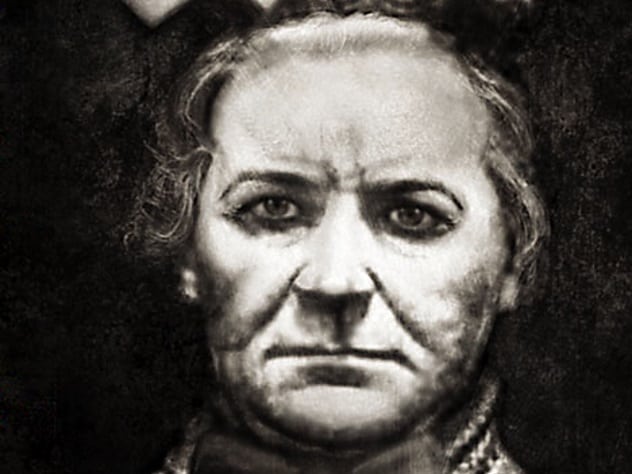 British serial killer Amelia Dyer was a twisted baby farmer who is believed to have been responsible for the murders of more than 400 babies over 30 years. She advertised in one newspaper: “Married couple with no family would adopt healthy child, nice country home. Terms—£10.”[9] In reality, she took the babies from struggling single mothers, strangled them to death or poisoned them with an opiate-laced cordial, and dumped the bodies.

Then, in 1896, a body of a 15-month-old baby girl was found in the River Thames. The little body was wrapped in a brown paper parcel with Dyer’s name and address on it. Dyer changed her address so frequently that it took the police a long time to track her down. When they eventually found her, she was charged with the murders, and at around 60 years old, she was the oldest woman to be executed since 1843. 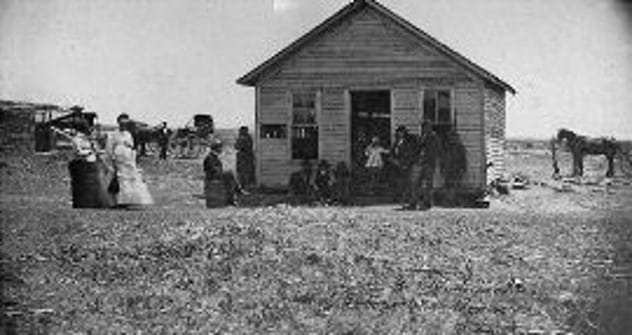 In the early 1870s, Kansas was home to a family of sinister serial killers known as the Bloody Benders. John and Elvira Bender alongside their two children, John Jr. and Kate, are believed to have been responsible for the murders of at least 11 known victims. The 5- by 7-meter (16 x 24 ft) wood-frame house they lived in sold groceries from the front and doubled as an illegal funeral parlor in the back. When several people went missing from Labette County, the townsfolk called an emergency meeting, and a few days later, the Benders made a run for it.

Investigators discovered the family would invite travelers to their home, butcher them, and bury the bodies. It was calculated that they stole around $4,500 in total from their victims.[10] The cunning family even built a trapdoor in their home so that the corpses could be hidden out of view until there was space to bury them in the garden. Investigators found eight bodies buried in the garden. (One female victim was as young as eight years old.) Three more corpses were found in the surrounding area. The Benders were never seen again.

10 Wily Schemes Pulled Off By Prisoners