When we imagine life imprisonment, there are thoughts of being stuck in a small cell with little freedom aside from a short break in the day to hit the prison yard. Inmates’ days consist of little more than staring out a tiny, barred window (if they’re lucky) and remaining ever-vigilant against the inevitable shiv with their name on it. At least that’s what the majority of films would have us believe.

In reality, prison life can be quite different, and even the most twisted and depraved serial killers will bend their rights enough to receive some surprising perks. These are the craziest examples of privileges enjoyed by serial killers that went well beyond just extra cigarettes and soda.

10 Rose West Wins A Bake Off 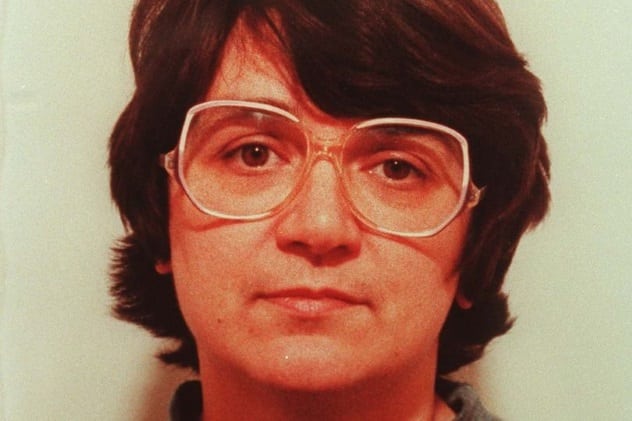 Convicted child torturer and killer Rose West is known as one of the most evil women in British history. West landed herself a life sentence for the murders of ten victims, including her own eight-year-old stepdaughter, between the years of 1971 and 1987.

Behind bars, she’s also known as a prize-winning baker who, in September 2018, managed to scoop the top spot with her Victoria Sponge in a Bake Off-inspired competition. Despite being one of the most notorious prisoners at HMP Low Newton, in Durham, England, she managed to “impress” fellow inmates with her skills in the kitchen. West was allowed to use knives while under supervision to create the baked goods. A prison insider revealed, “There are some very violent women on the wing and a lot of them are very aggressive towards West because of her crimes. But she tends to defuse situations by offering other prisoners cakes and biscuits.”[1]

9 Ted Bundy Without Shackles Was Able To Escape 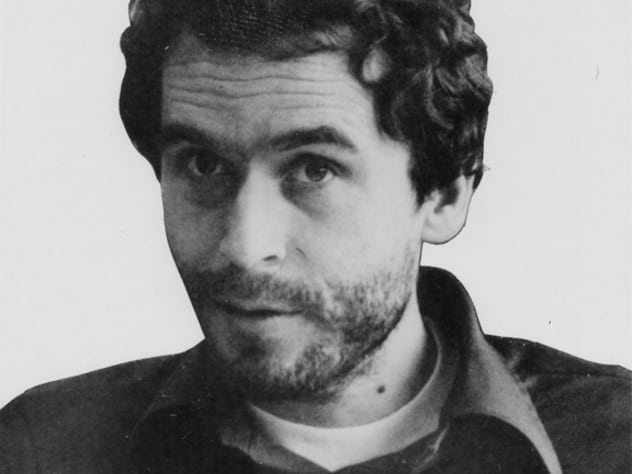 Ted Bundy was a good-looking, charismatic, and well-educated young man who could win the trust of almost anyone. He was also a depraved serial killer who brutalized and butchered at least 30 young women across many states in the US. Yet, even in a busy courthouse, he managed to manipulate his way out.

In 1977, Bundy appeared for a preliminary hearing at Pitkin County Courthouse in Aspen, Colorado. As he had opted to act as his own attorney, the judge excused him from wearing handcuffs or leg shackles. Bundy, himself a former law student at the University of Utah, asked permission to use the law library at the courthouse to research his case. Once there, the notorious murderer jumped from a second-story window and made a run for it.

He was recaptured six days later while driving recklessly in a stolen vehicle. Also discovered were maps of the mountains around Aspen, proving that his escape was preplanned. Bundy was returned to his cell.[2] He escaped again several months later. 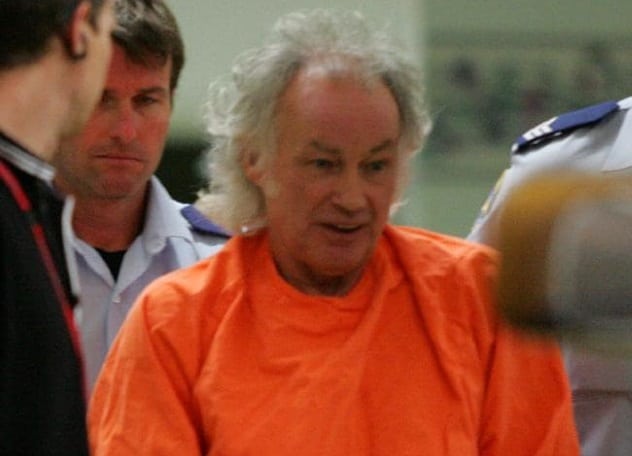 If you’ve heard of Wolf Creek, then you’ve likely heard of Australian serial killer Ivan Milat. In 1996, Milat was convicted of the murders of seven missing backpackers whose remains were discovered in the Belanglo State Forest in New South Wales. Sentenced to life behind bars at Goulburn Correctional Centre, Milat revealed in a series of letters what a typical daily routine for an incarcerated killer is really like.

He said, “It’s not that we [are] just stuck in a cell all day. I have the front and back as well. During the day one can wander around the front or backyard. Of course, alternatively, one can elect to go to other areas, library etc, exercise yards, basketball court, the oval walk-running track.”

Milat explained that he received special privileges like biscuits and cookies from the guards “to keep us calm.” He added, “I can see how it costs $320,000 a year per HRMU prisoner.”[3] He doesn’t get everything he wants, though. In 2011, Milat lost 25 kilograms (55 lb) during an unsuccessful hunger strike because he wanted a PlayStation. 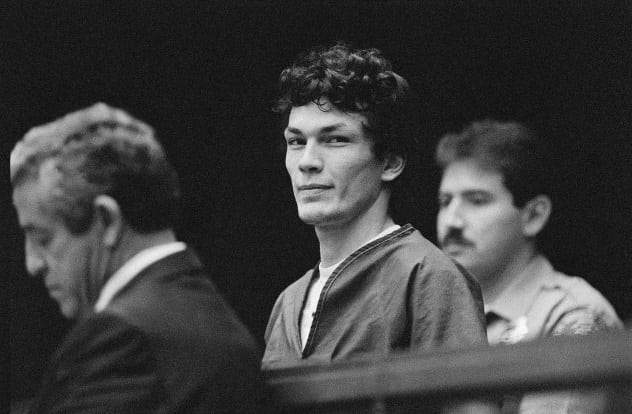 When Richard “The Night Stalker” Ramirez was arrested in 1985, his mugshot showed his “vampire-like” teeth—exactly as they were described by his surviving victims. Then Dr. Alfred Otero, senior dentist for the Los Angeles Sheriff’s Department, went to work on the satanist’s oral hygiene, and over a period of nine months, he repaired all of the decaying teeth. Unable to pay for the treatment, Ramirez flexed his Eighth Amendment rights, and the dental work was charged to the taxpayers.

In court, Ramirez appeared with an impeccable smile that conflicted with the witnesses’ testimonies. His defense tried to argue that many of the witnesses were mistaken and had identified the wrong killer.[4] Despite the best attempts of his defense, Ramirez was found guilty of 13 murders and sentenced to die in a gas chamber. His trial was, at the time, the most expensive in the history of California, costing a staggering $1.8 million.

6 Dennis Rader Gets Television In His Cell 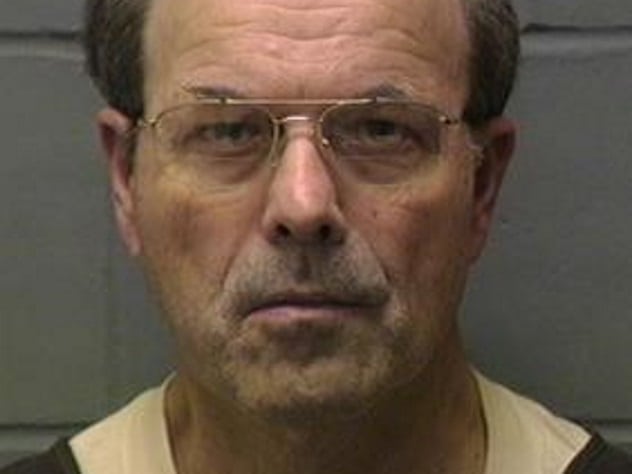 Dennis Rader, aka the BTK Killer, was responsible for the torture and murder of ten victims. Nevertheless, he was granted special privileges behind bars due to “good behavior.” His perks include being allowed to watch television or listen to the radio in his own prison cell. Rader has been an inmate at El Dorado Correctional Facility in Kansas since 2005. He has spent many years in solitary confinement for his protection.

Kevin O’Connor, a Sedgwick County deputy district attorney, said, “We’re having a hard time understanding why somebody like this is allowed to earn privileges when all the evidence was presented as to how he can turn what most people would consider to be innocent into something that is evil.”[5] Prosecutors initially intended to restrict Rader’s access to images of women and children, as they believed this would only fuel his perverse fantasies. However, as he’s facing 175 years without the possibility of parole, his fantasies will only ever be fantasies. 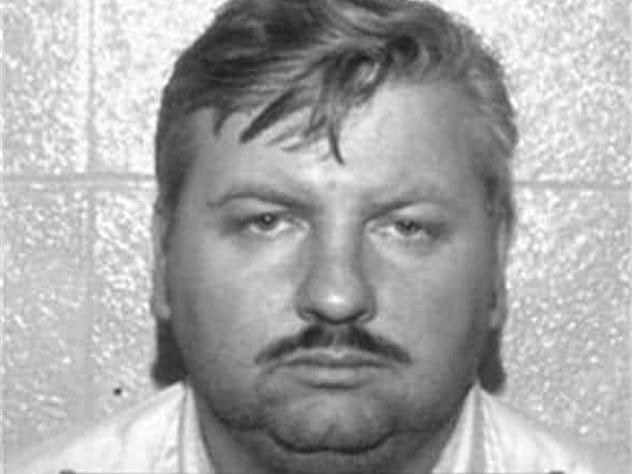 The relaxed security surrounding John Wayne Gacy angered his fellow inmates at Menard Correctional Center, Illinois, as they feared becoming his “future victims.” Gacy, who was convicted of murdering at least 33 teenage boys and young men between 1972 and 1978, was allowed to carry sharp tools as he helped with maintenance around the jailhouse. A two-page petition signed by 20 inmates claimed he was often in possession of “two putty knives, both sharpened, one 3 inches wide and the other 6 inches wide.” He also did not have to wear handcuffs.

Corrections Department spokesman Nick Howell explained that Gacy was a convenient handyman around the place. He said that Gacy had experience as a contractor: “It is that simple. A few months ago, some of the inmates tore up the visiting room pretty good. Gacy went in and cleaned that stuff up. That is an area we do not want to send other (non-condemned) inmates into and we don’t like to send tradesmen in there either.”[6] In 1994, Gacy’s maintenance work came to an end, as he was executed by lethal injection for his crimes. 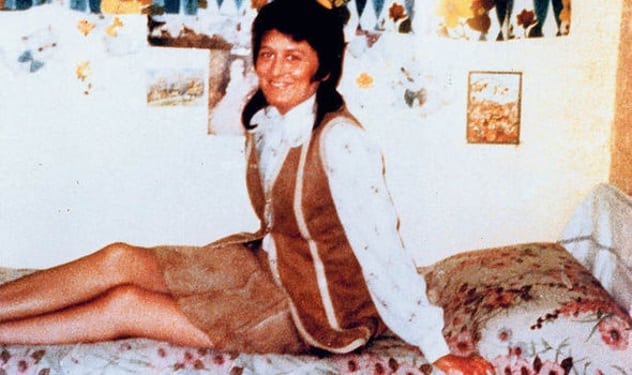 When Myra Hindley was photographed in 1985 posing in her short dress on a bed covered in floral sheets, anyone would think this a woman relaxing at home. However, Hindley was in her cell at Cookham Wood Prison, Kent, England, where she was serving a life sentence for the unforgivable murders of five children aged between ten and 17 in the 1960s, alongside her husband Ian Brady.

In a 1995 letter to the home secretary, Hindley complained of “mental anguish, and inhumane and degrading treatment” because a prison officer was stationed outside her door every night. The Moors murderer even intended to sue the prison, as they switched her light on during the checks.[7] Following the suicide of Fred West, another British serial killer, the prison placed Hindley on watch, as they believed she would attempt a “copycat” death. She survived until the age of 60 years old, when she was struck down by pneumonia in 2002. 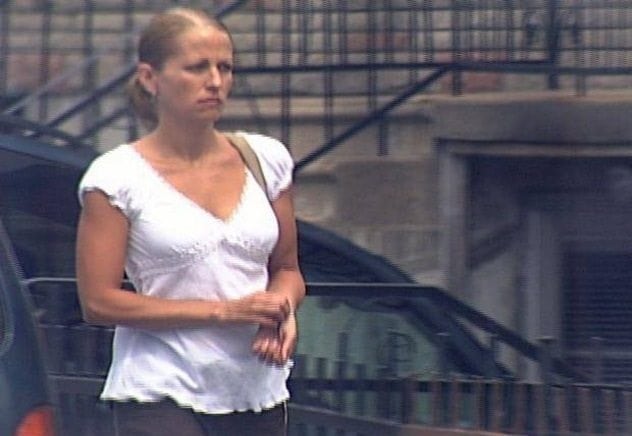 Karla Homolka, alongside her husband Paul Bernardo, murdered three young women, including her own 15-year-old sister. The Canadian sex slayer continued her lust for killing when she was incarcerated at Kingston’s Prison For Women, Ontario, as it was reported she passed the time by reading up to five books on murder a week.

Homolka also reportedly regretted taking a plea deal which meant she only had to serve 12 years instead of a life sentence like Bernardo. Lynda Veronneau, who was behind bars with Homolka and claims to have been her lover, revealed, “She regrets, I think, not getting a life sentence. She knows that everybody hates her because of the 12 years—her deal with the Crown. So she would have been better off with a life sentence than having 12 years because she’d have fewer problems.”[8] Since her release, Homolka has changed her identity, remarried, and started a family on her own. 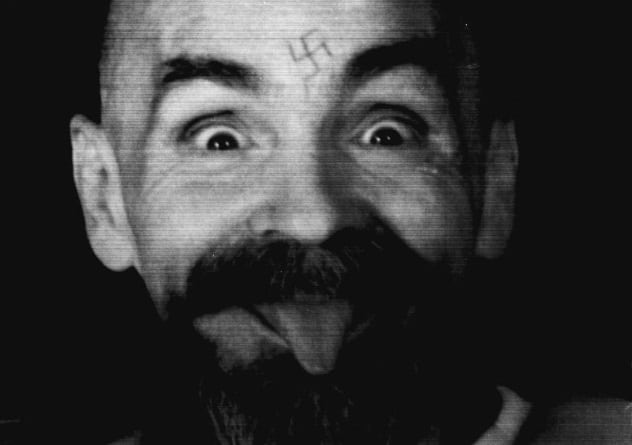 Charles Manson was convicted for the murders seven people in the summer of 1969, including actress Sharon Tate who was just two weeks away from giving birth, as well as two other murders. The death penalty was hanging over his head, but it was abolished in California after his sentencing, so instead, it was a life on the inside at California State Prison, Corcoran. While incarcerated, Manson received more than 60,000 letters a year. In 2014, at age 80, he even became engaged to a super fan, 26-year-old “Star” Afton Burton, but the romance was ultimately not meant to be.[9]

Although prisoners are allowed to receive mail, Manson was a different case, as his influence as a cult leader was still prominent, and many feared that copycat killings would take place. Manson wanted his remaining followers to “keep up the fear,” but, luckily, with him safely behind bars, his influence began to subside. He died in a hospital from respiratory failure and colon cancer on November 19, 2017, aged 83 years old. 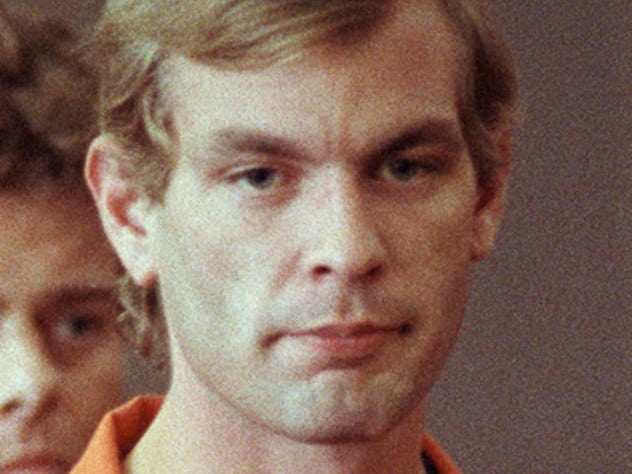 Jeffrey “The Milwaukee Cannibal” Dahmer was sentenced to life imprisonment for the murder and dismemberment of 17 men and teenage boys from 1978 to 1991. When he was first interrogated by the police, Dahmer confessed and said that he “created this horror and it only makes sense [he] do everything to put an end to it.” Although he appeared remorseful for his crimes, in prison, he used his own notoriety to taunt other prisoners.

Inmate Christopher Scarver revealed that Dahmer would make his food look like body parts and then drizzle ketchup to give the impression of blood. Scarver said, “He would put them in places where people would be. He crossed the line with some people—prisoners, prison staff.”[10]

Despite crossing the line several times, his taunting went unpunished—until Scarver had finally had enough. In 1994, Scarver removed a metal bar from a piece of gym equipment at the Columbia Correctional Institution. Then, with two heavy blows, he crushed Dahmer’s skull and ended the life of one of the most notorious cannibals that ever lived.