Alfred Hitchcock created many of the most iconic and influential films in cinema history—the haunting score of the shower scene in Psycho can be recognized even by those who haven’t seen the film. Behind the scenes, Hitchcock was as compelling a character as any he put in his scripts.

10Handcuffing His Actors Together 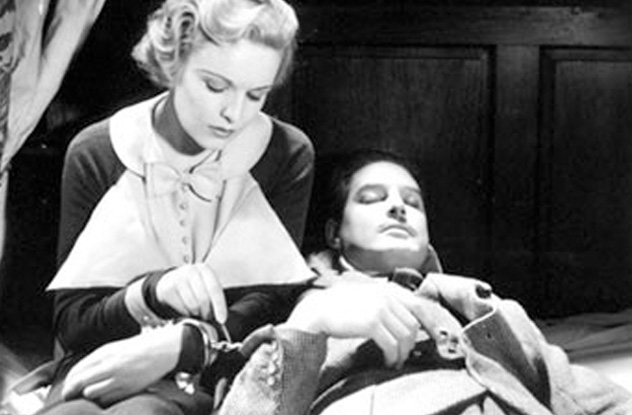 Hitchcock called the making of The 39 Steps “a lot of fun,” but we doubt it was that way for the lead stars, Robert Donat and Madeleine Carroll. In one part of the film, Donat and Carroll’s characters were to be handcuffed together. When they were filming this particular section, Hitch thought it would be funny to pretend as if he’d lost the key to the cuffs.

The pair had only just met and were chained to one another for hours, until Hitchcock revealed that he’d had the key all along. One account said that the prank was extremely cruel, while others said it ended fairly quickly. Either way, Alfred had a chuckle.

9Testing Props On His Actors 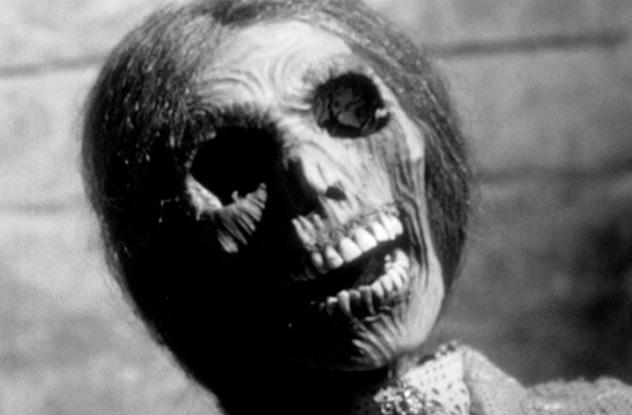 Budding filmmakers might wonder how a legendary horror director figures out what scares the audience. Hitchcock knew that he had to road test his props, and the best patsies to use were the actors themselves.

The climax of Psycho features the discovery of the decayed corpse of Mrs. Bates, completely dressed and sitting upright in a rocking chair. It’s a terrifying moment, one that would have failed completely if the prop wasn’t fearsome enough.

Hitchcock wanted to make sure that he got his most important scene exactly right, so the corpse prop went through several iterations. He placed each into lead actress Janet Leigh’s dressing room. He used the severity of her screams of genuine terror to gauge which corpse would get the best crowd reaction.

8His Father Got Him Locked Up 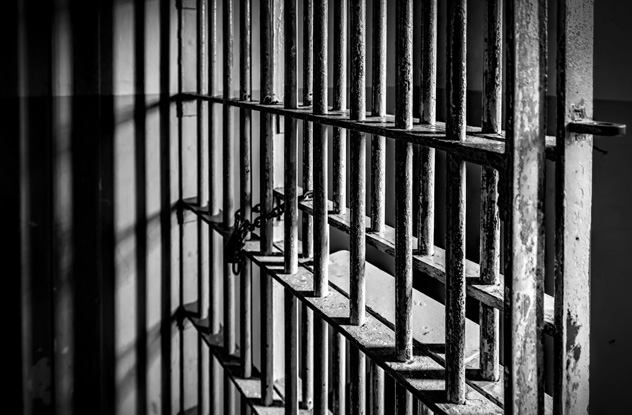 Father figures play little to no role in the works of Alfred Hitchcock. Other authority figures are often not to be trusted. Both of these concepts can be traced back to one traumatic incident in Hitchcock’s childhood, when his father sent him to jail.

A five-year-old Alfred was sent down to the local police station with a note from his father. The note said what a bad boy Alfred had been, so the copper had to throw the child in a cell. The officer said, “This is what we do to naughty boys,” which to a small child was as bloodcurdling as anything that Hitchcock would film.

Alfred wasn’t kept in there for too long, of course, but it left an unmistakable mark on his psyche—and, as a result, on his films.

7Forcing A Prop Man To Soil Himself 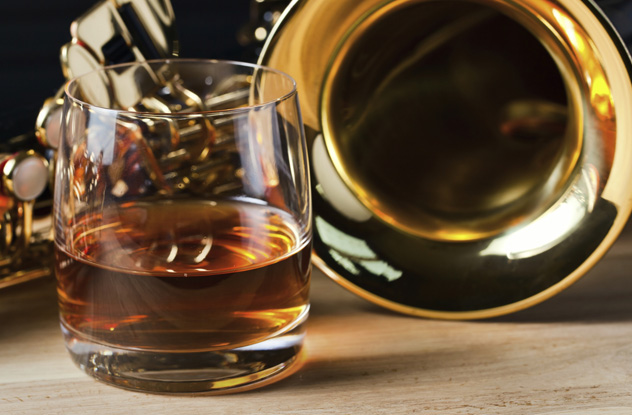 Perhaps the cruelest and most sadistic of Hitchcock’s infamous pranks was played on one of his prop men. This prank may have been influenced by his junior jail stint.

Before he left, the director gave his prop man a glass of brandy. The prop man happily accepted. Unfortunately for him, Hitchcock had laced the alcohol with a laxative.

We hope Hitchcock made good on his end and gave him the money after the bet’s messy conclusion. 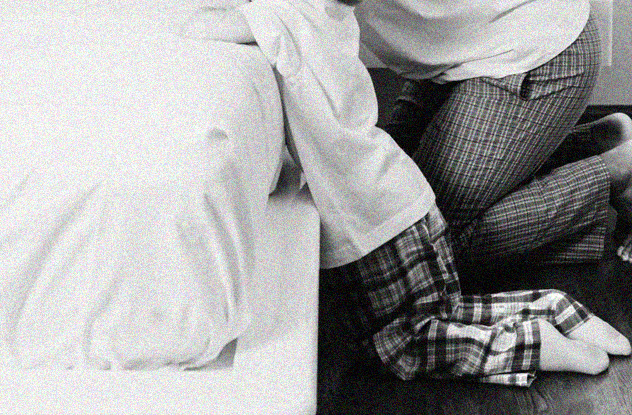 The character Norman Bates of Psycho is the poster boy for mommy issues in the modern world. Bates’s warped relationship with his mother may have reflected Hitchcock’s, since his childhood with his own mom was deeply messed up.

While Mr. Hitchcock would deal out good old fashioned jailhouse discipline, Mrs. Hitchcock would make sure her baby boy was always held to account for his actions. For years, a young Alfred would be forced to stand at the foot of his mother’s bed and perform what he described as his “evening confessions.” The mother of the master of suspense, ever the doting matriarch, would listen in her bed and then lecture her little boy on his wrongdoings.

Hitchcock could vividly remember these incidents even well into old age.

5Tying Live Birds To An Actress For Days 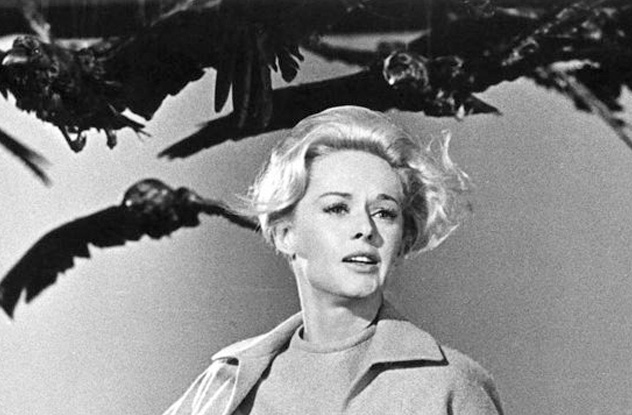 The Birds is a haunting Hitchcock classic in which an inexplicable wave of violent birds lay siege to a small town. Late in the film, the lead character (played by Tippi Hedren) is attacked in an attic by the bloodthirsty creatures.

Hitchcock decided that for this scene, the birds should be real, not mechanical. He didn’t tell Hedren, who didn’t know until she arrived on the set.

For five arduous days, she had birds attached to her by rubber bands, pecking and scratching at her. Some of them even gouged at her eyes. The stagehands got involved in the fun as well, pelting her with the live birds.

The ordeal only stopped when a physician stepped in and halted the filming so Tippi could recover. Hitchcock was indignant, saying he needed to keep going. The incredulous doctor asked Hitch, “What are you trying to do, kill her?”

Not many things could horrify Alfred Hitchcock. Aside from his strange fear of eggs, the one thing that truly unnerved him was the Holocaust. When he put together a documentary about concentration camps in the 1940s, the footage disturbed him so much that he stayed away from the studio for a week after watching it all.

Hitchcock had sent his cameramen to 11 concentration camps to get material for his documentary. The editing process took a lot longer than had been anticipated, so by the time Hitchcock and his team were done, the political situation had changed. The director was told that the film would hinder Germany’s post-war reconstruction. In spite of protests from the director, the reels were archived in the Imperial War Museum.

The film was rediscovered in 1980. In 2014, the Museum restored the reels as Hitchcock had intended. The documentary that scared the best horror director in history is set to be screened in 2015. 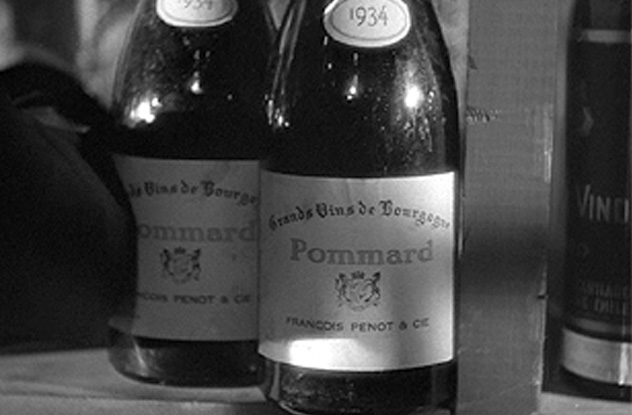 A MacGuffin is an item in a story with little significance in itself—it just drives the plot because characters pursue it. The MacGuffin could be diamonds, as in Family Plot, or unspecified government secrets, as in North By Northwest. For Notorious, Hitchcock decided on a wine bottle filled with uranium.

This was 1944. America had not yet bombed Hiroshima, and nuclear testing was being done in secret. Through guesswork, rumors, and a bit of luck, Hitchcock gleaned that uranium was likely a component in an atomic bomb. Some producers rejected the idea, thinking this would be a foolish concept on which to base a movie.

Hitch met with Nobel Prize–winning physicist Robert Millikan to ask about the size of an atom bomb. Millikan was shocked, asking if the director wanted to get them both arrested. He assured Hitchcock that the atomic bomb was scientifically impossible.

Hitchcock later learned that the conversation convinced the FBI to surveil him for three months.

We’ll forgive you for thinking that this story might be about the treasure trove of statues Hitchcock took home in his directorial career. But despite being one of the most influential filmmakers of all time, Alfred Hitchcock took home a grand total of zero best director Academy Awards.

He was nominated five times and was five times knocked back. Rebecca, Spellbound, Rear Window, the list goes on—none of his films were deemed well-directed enough to get him the nod.

The Academy did right some of their wrongs by presenting Hitchcock with a lifetime achievement award. In typical fashion, Hitch did the opposite of what was expected. After walking out to the pomp music of awards ceremonies, ready to accept his award and reflect on a long career of success, all he had to say was “thank you.” As the music began he also paused to add, “very much indeed.” Five words was all he needed.

1His Wife Was As Important As He Was 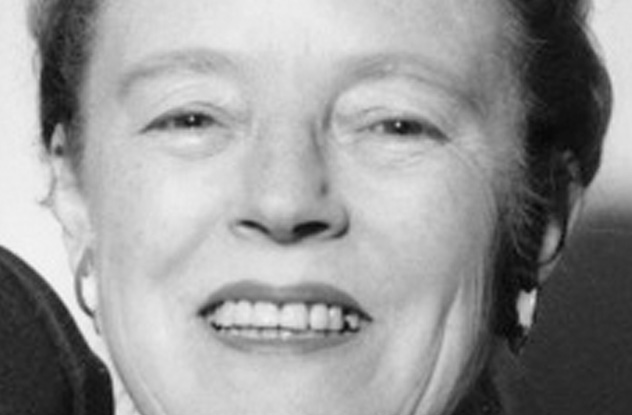 Alfred Hitchcock might sound like a bit of a madman, but he did have a softer side that we never really got to see. His wife Alma was his consistent collaborator. Some even call her his muse. She had credit in 19 Hitchcock films. After she died, prominent film critic Charle Champlin said, “The Hitchcock touch has four hands. And two of them are Alma’s.”

She was even responsible for Hitchcock’s single most famous scene. For the Psycho shower sequence, Alfred wanted no music, adamantly insisting on screams and nothing else. She persuaded her husband to back down and put the score in, creating cinema history. Alma had a keen eye as well. She spotted Janet Leigh swallowing while she was meant to be dead, saving Hitchcock from monumental embarrassment.

Hitchcock feared her opinion because he respected it so much, making Alma Hitchcock the great woman behind a very great man.

Hossey has something for everyone, whether it’s fiction and fire, rambling about sports, or extolling wisdom in 140 characters or less.