James “Whitey” Bulger’s life began in Boston and ended when he was brutally beaten to death behind bars just one day after a prison transfer. Whitey Bulger went from a petty street punk to a feared crime boss. Even as a senior citizen, he managed to outwit law enforcement, living as a fugitive for well over a decade.

In 2011, however, Whitey was captured and ultimately found himself serving a life sentence. In spite of his many enemies, the gangster-turned-FBI-informant managed to avoid getting whacked until the age of 89 years old. These are the craziest facts about Bulger’s ruthless, murderous rise to the top of his criminal empire and his eventual downfall that ended in his murder.

10 His Criminal Career Started At Age 14 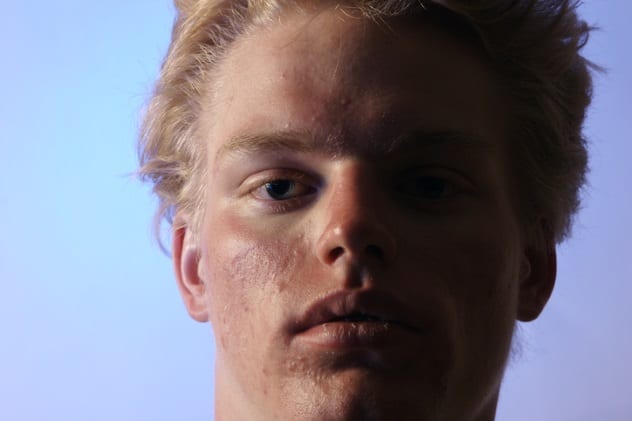 Born on September 3, 1929, in Boston, Massachusetts, he was one of six children raised by his American father and Irish immigrant mother. When his father lost an arm in an industrial accident, the family was forced into poverty and moved to a housing project in South Boston. As a teenager, Bulger was drawn to petty crime and joined a street gang known as the Shamrocks. His first arrest for larceny came at the age of 14.[1] A few years later, he ended up in a juvenile detention facility, charged with assault, forgery, and armed robbery.

Following his first stint behind bars, Bulger appeared to have his life back on track and joined the US Air Force. However, after several assault claims and going AWOL, he landed himself in military prison. In 1952, he received an honorable discharge and made his way home to Boston, where he was drawn back into street crime.

9 He Was Part Of Project MKULTRA 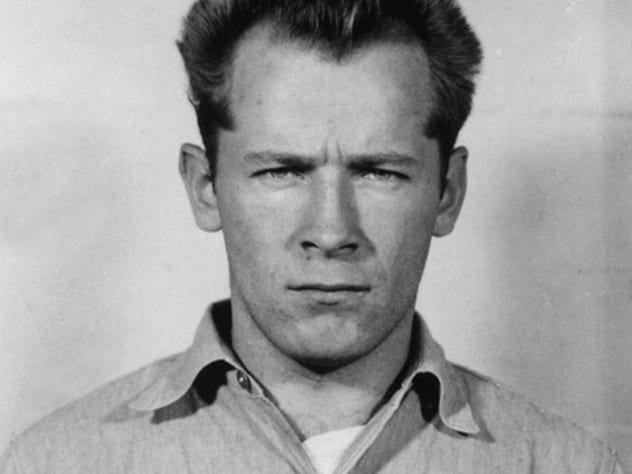 In 1956, Bulger was sentenced to 25 years in prison for charges related to armed robbery and truck hijacking. During his incarceration in Atlanta, he became a lab rat in the CIA program called Project MKULTRA for the purpose of researching mind control drugs. Bulger willingly volunteered in exchange for a reduction on his sentence, and he was injected with lysergic acid diethylamide, aka LSD, nearly every day for 15 months. Others who signed up for the testing program developed personality disorders or committed suicide. Later in life, Bulger complained about violent visions and insomnia.

Bulger’s lawyers never used his participation in MKULTRA as part of his defense following his capture. Boston-based criminal defense attorney Anthony Cardinale explained to The Daily Beast, “It’s a simple defense [ . . . ] nearly two years of LSD testing fried his brain. You bring in expert witnesses, psychiatrists, and others who detail the history of how people who took part in this secret CIA program committed suicide or became institutionalized. He’s a victim, driven insane by his own government.”[2]

8 Everything Changed After His Son’s Early Death 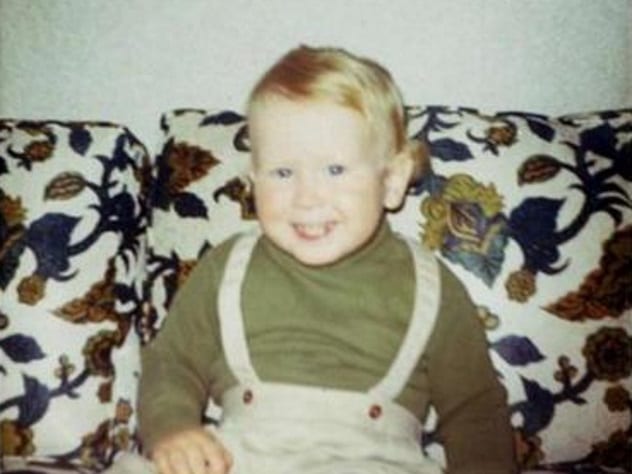 Following his petition for parole in 1965, he was set free, and it was business as usual for Bulger, who started out in mob life as a loan shark. Unknown to many of his rivals, Whitey fathered a son named Douglas Glenn Cyr after having dated Lindsey Cyr for just a few months. Bulger kept his son’s identity secret for fear that the young boy might become a target for his rivals. Lindsey detailed that Bulger was a loving and attentive father who showered Douglas with gifts. In 1973, at the age of six years old, Douglas suddenly became sick and died from Reye’s syndrome, brought on by a severe reaction to aspirin.

Lindsey said, “He changed after Douglas died. He was colder.” A former mob associate also recalled, “He did talk about the kid. He told me he had a son once and that he died from Reye’s syndrome. He seemed a little melancholy. You could tell it bothered him.”[3] 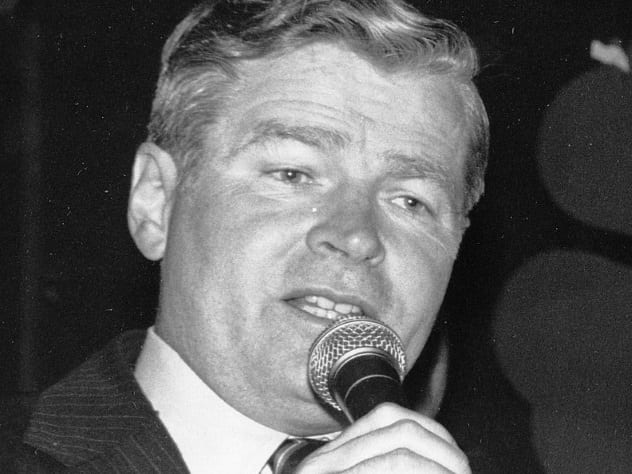 William M. Bulger served as president of the Massachusetts Senate for 18 years and was also president of the University of Massachusetts. Then his career in both politics and education came to a halt in 2003, when he refused to testify in court about communication that he had with his older brother—James “Whitey” Bulger. William then became a source of suspicion for the university, having never previously revealed just how close he was to his murderous sibling. William was forced to resign and retire from his position.[4]

After his brother’s capture in 2011, William gave a very rare interview to a WCVB-TV reporter, to whom he commented: “Just because I visit him doesn’t mean I condone it.” He added, “I don’t try to sort it out any longer. I just try to be a brother.” Despite being unspecific about what “it” was that he did not condone, it was clear William never stopped being close to his brother, which is most likely why he pleaded the fifth. However, for his loyalty, William paid the price of his own career.

6 He Incited The Bloodiest Of Gang Wars 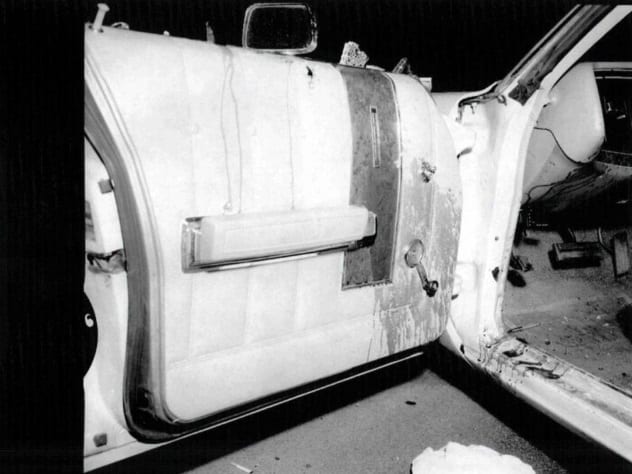 Whitey left a bloody legacy behind, as he was found guilty of being involved in 11 murders and suspected of eight more. Among those he slaughtered were rival gang members, witnesses to his crimes, a nightclub owner he believed was an informant, former FBI informants, and those he believed would turn informant. He was sentenced to two consecutive life sentences plus five years and incarcerated at United States Penitentiary Coleman II in Sumterville, Florida.[5]

A firing squad hit us. For two and a half minutes, about a hundred slugs hit the automobile, and it imploded. Unbelievably, although I had been hit in the head, and could feel warm blood running down my neck, and excruciating pain in my back, I said, “Let’s get the [expletive] out of this car, Bud, come on.” And I put my hand up, and my hand went into his neck where his head should have been. 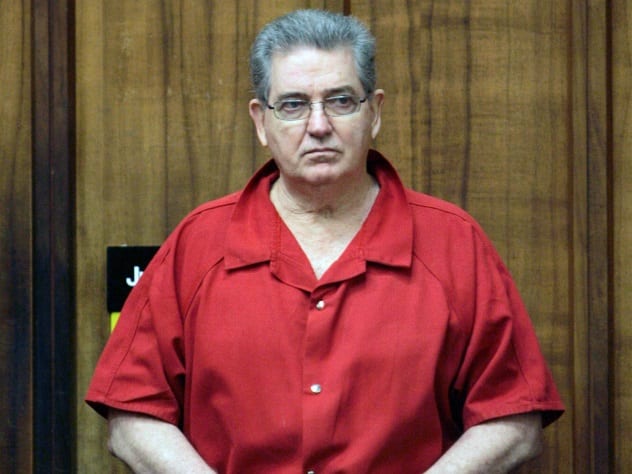 Special Agent John Connolly successfully managed to turn Bulger informant. The FBI had approached Whitey; they pitched to him the idea of working together to bring down the Patriarca crime family, who he had been feuding with. In 1975, Connolly scheduled a meeting with Bulger, as they both had history—Connolly grew up in the same South Boston housing project as Whitey, and the then-teenage gangster had saved him from a bully as a kid. Bulger agreed but demanded, “I will not be called an informant. I will be your strategist.”[6]

Alongside his close associate Stephen “The Rifleman” Flemmi, they both operated their racketeering and drug-dealing operations while moonlighting as workers for the FBI.

4 Miss Iceland Turned Him In To The FBI 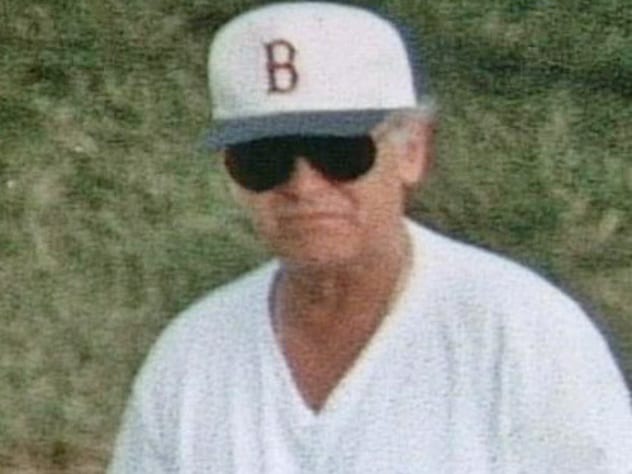 Over the period of two decades working with the FBI, Bulger’s empire grew, and he became the most powerful crime boss in New England, all while the law looked the other way. Special Agent Connolly turned informant, too; he let Bulger in on who was ratting on him. Shortly after Bulger received this information, those named would be interrogated and then shot in the head.

In 1994, Connolly tipped off Bulger that state and federal law enforcement officers were ready to arrest him, and Bulger went on the run. For most of his time as a fugitive, he was near the very top of the FBI’s Most Wanted List, with only Osama Bin Laden ahead of him. Then, in 2011, actress and former Miss Iceland Anna Bjornsdottir (aka Anna Bjorn) had traveled back home, where she watched a news report featuring Bulger. She recognized Bulger as her neighbor in Santa Monica, California, where he was living under a new identity as a quiet retiree. Bjornsdottir rang the FBI hotline, told them where to find him, and cashed in her $2 million reward.[7]

Following the FBI’s misconduct in working with Bulger and with the man himself on the run, it was made public that he had been an informant. John Martorano, former close associate and former co-founder of the Winter Hill Gang, testified as a prosecution witness during the 2013 trial and told the court, “They were my partners in crime. They were my best friends. They were my children’s godfathers. After I heard that they were informants, it sort of broke my heart. They broke all trust that we had, all loyalties.”

3 He Hated Johnny Depp’s Portrayal Of Him

In 2015, actor Johnny Depp took on the lead role as Whitey Bulger in the drama Black Mass. Depp wore a prosthetic mask, yellow-stained teeth, and blue contact lenses for a more sinister effect. Bulger, however, refused to meet the actor or speak with him during the movie’s filming.

Hank Brennan, Bulger’s defense attorney, stated to People magazine, “Johnny Depp might as well have been playing the Mad Hatter all over again as far as James Bulger is concerned. Hollywood greed is behind the rush to portray my client, and the movie missed the real scourge created in my client’s case, the real menace to Boston during that time and in other mob cases around the country—the federal government’s complicity in each and every one of those murders with the top echelon informant program.”[8]

2 Beaten To Death Behind Bars 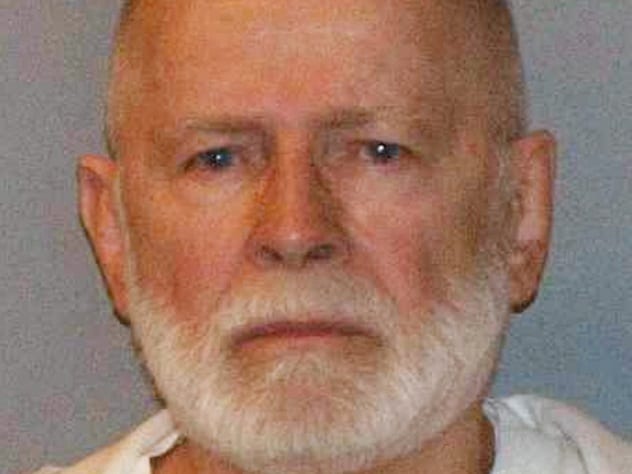 Photo credit: US Department of Justice

On October 30, 2018, it was announced that Bulger had died behind bars at the age of 89 years old, only one day after he was transferred to US Penitentiary Hazelton in West Virginia. Bulger was attacked sometime during the early hours of the morning, and when cell doors were unlocked at 8:00 AM, prison staff found him wrapped in blankets and unresponsive. As they shook his body to wake him, blood splattered on the floor.

The Boston Globe reported that Bulger was placed in a wheelchair and beaten to death with a padlock in a sock and that the attackers attempted to gouge his eyes with a shiv. They then placed the body on the bed.[9] The main suspect in orchestrating the killing is Massachusetts-based mafia hit man Fotios “Freddy” Geas, who was sentenced to life in 2003 for the murder of Genovese crime family boss Adolfo “Big Al” Bruno.

1 He Wanted To Die At Alcatraz 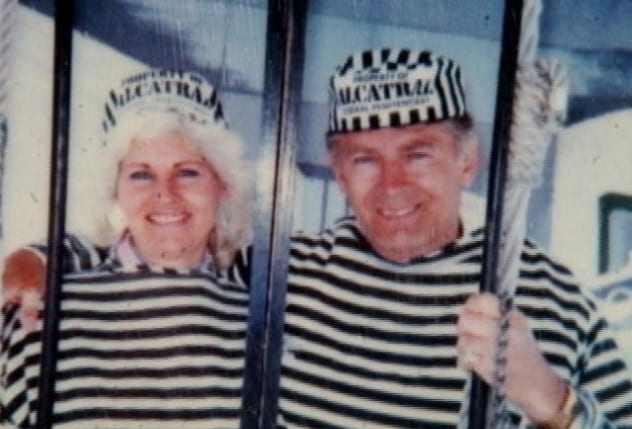 In personal letters Bulger shared with Alcatraz historian and author Michael Esslinger, he stated longed to live out his life sentence in Alcatraz Federal Penitentiary, where he was incarcerated from 1959 to 1962. Bulger wrote, “If I could choose my epitaph on my tombstone, it would be ‘I’d rather be in Alcatraz.’ “[10] While on the run from the FBI, Bulger visited Alcatraz as a tourist and even posed for a souvenir photo with his girlfriend Catherine Greig.

Instead, Bulger’s life came to a bloody end in a West Virginia prison. His lawyer, J.W. Carney Jr., blamed the prison system for his client’s death, stating, “He was sentenced to life in prison, but as a result of decisions by the Federal Bureau of Prisons, that sentence has been changed to the death penalty.”