Ever looked into your great-grandma’s recipe box and been surprised? Although some contemporary chefs like to think that culinary creativity is new, food culture has always been diverse. Throughout the ages, people have eaten just about everything they could from the land, sea, and air. 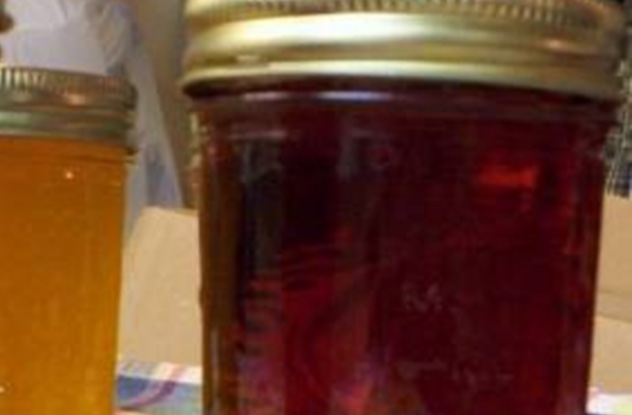 The Victorians gave the world many things: piano covers, huge advances in plumbing, and PBS dramas about people getting engaged and disinherited. But they were not known for their culinary advances. They used the bladder of the sturgeon fish to make a sweet jelly dessert.

The process involved isolating a substance called isinglass from the bladder. It was originally an ingredient in glue but gained popularity in England as a foodstuff in the late 18th century. It is still used to make some beers and wines, including Guinness beer.

Isinglass acts like gelatin or pectin to congeal liquid and make it thick. To make sugary jellies, Victorians boiled down filtered isinglass with water, sugar, lemon juice, and fruit. The time-consuming process took a lot of labor, but people have been known to do a lot more to satisfy a sweet tooth. 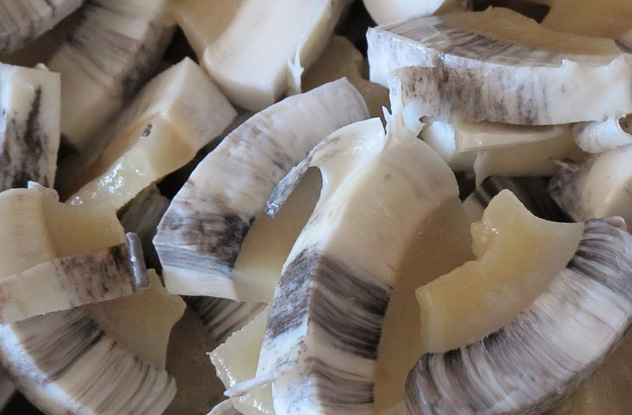 For people living in the Arctic, the ocean is the source of most food. Traditionally, people fish year-round, with seasonal whale and seal hunts. Muktuk is a dish consisting of whale skin with the layer of blubber attached. The skin of the bowhead whale is considered the most delicious, next to the narwhal and the beluga. It can be eaten many different ways: salted, fresh, fried, or pickled. The flavor of the whale fat is described as nutty, with the skin a little rubbery.

The food played an important role in traditional diets, since muktuk contains a huge amount of vitamin C, which prevents illnesses like scurvy. Many Arctic cultures have their own traditions of eating muktuk, including aboriginal Greenlanders, Canadians, Siberians, and Alaskans. In recent years, the food has all but died out because of generational tastes changing and concerns about ocean toxins, which can be concentrated in marine life. 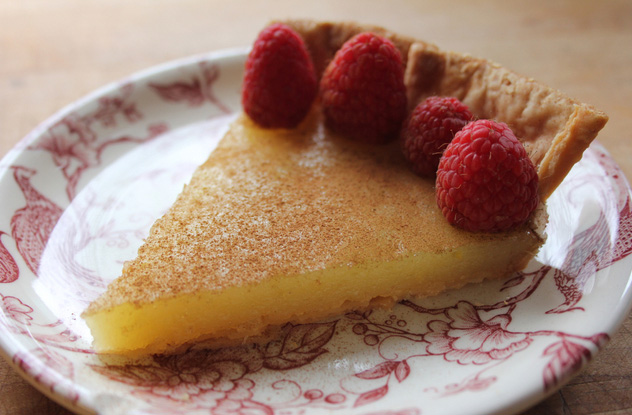 Nobody knows exactly who first made a vinegar-flavored pie, or where, but it dates back to at least the mid-1800s and probably originated in the Deep South. People think that thrifty cooks first started to use apple cider vinegar as a flavoring because it was cheaper than fruit or lemon juice. Vinegar pie is nicknamed “the poor man’s lemon pie.” It is closely related to chess pie, which uses cornmeal as an ingredient.

American cooking features a huge variety of both sweet and savory pie. During the Great Depression, people combined crackers and lemon juice in their pies to make a filling that tasted like apple. In recent years, vinegar pie has experienced a comeback, and some restaurants serve upscale versions with flavored balsamic vinegars. 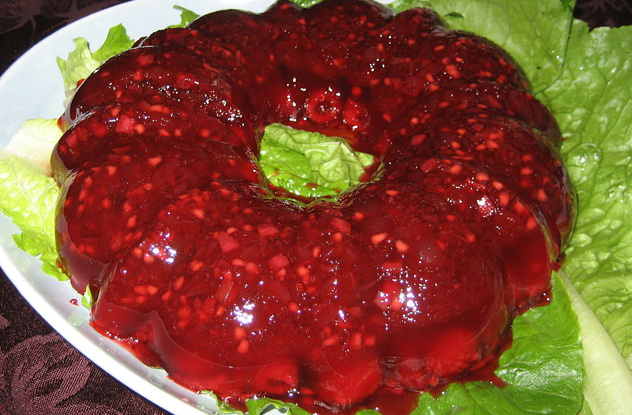 The ’50s craze for packaged convenience foods led to the popular gelatin salad, often served in an attractive mold. Although people have been encasing foods in gelatin or aspic since at least the 1600s, in the 1950s and 1960s, a Jell-O craze took this to new heights. Magazines published recipes for “congealed salads” with ingredients like shrimp, rutabaga, meats, and vegetables.

Packaged, powdered, and canned foods were making important technological advances. For the first time, people had mixes for foods that they had always made from scratch. The Jell-O salad was seen as a new and exciting way for families to eat their vegetables. One serving suggestion depicts a healthy (and horrifying) topping of mayonnaise.

At one point, the Jell-O company released tomato- and cucumber-flavored mixes, which didn’t last long on the market. 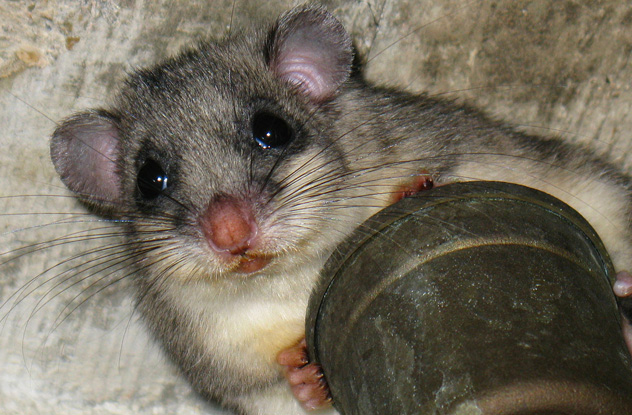 You might think of a dormouse as a sleepy little hamster or a character in Alice in Wonderland, but to some people, they were actually food. In ancient Rome, dormice were roasted as a special delicacy. The Romans raised them in a special terra cotta jar called a glirarium.

When they were really fat, the dormice would be stuffed with nuts and roasted with honey and spices. Usually, they were served as an appetizer. Consuming dormice was eventually banned, but Romans still went on mouse hunts for dinner.

Today, wild dormice are still hunted and eaten in some parts of Slovenia and Croatia and considered a delicacy. 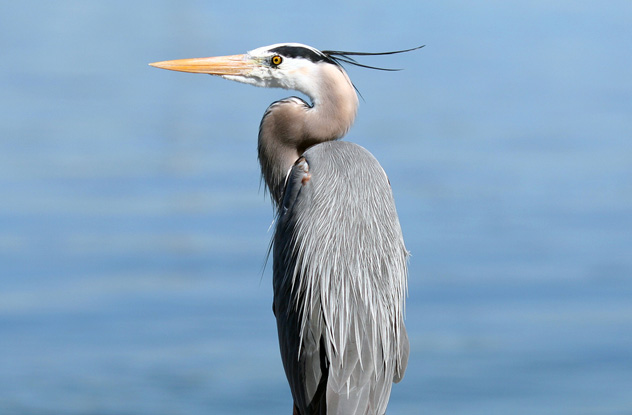 One of the first cookbooks published in English was written around 1390 and was called The Forme of Cury. “Cury” was an old English word for cooking. It has a lot of variety in its 196 recipes, some for familiar things like white cake and chicken, and also for seals, porpoises, whales, cranes and . . . herons.

Nobody knows for sure who wrote the cookbook, but given the wide variety of rare, rich ingredients, people think it was the royal retinue of cooks. A little like reality show contestants, they worked with whatever fish or fowl was brought to them, trying to make food as good as possible for the king’s table. The cookbook is notable for being the first English cookbook to incorporate techniques from other cultures, essentially inventing fusion cooking.

An adult heron only weighs about 2 kilograms (5 lb), so you would need quite a few to make a whole royal feast. The Forme of Cury cookbook advises you to pluck and roast the heron whole, wrapped in bacon and ginger. 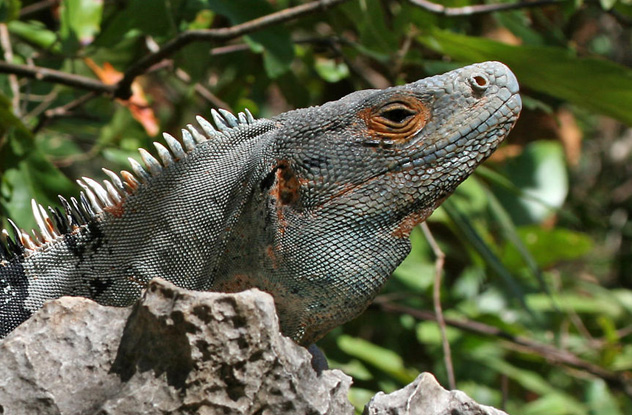 It’s a safe bet that when you think of the source of an edible egg, you think of something with feathers. However, you wouldn’t be wrong if you named a reptile. The leathery, rough exterior of the black iguana’s egg makes it seem inedible to most people, but in the Mayan culture, iguanas were farmed for their rich, all-yolk eggs.

The first Europeans to make contact with the Maya described their eating habits as being like Lent, as they ate so little meat. The Maya domesticated plants, bees, and insects but had no large mammals for protein sources.

The black iguana spends less time in the water than the green iguana, and it is possible to keep one alive for a long time without food or water, which made them an ideal provision for the trip back home. Today, hunting and farming iguanas is illegal in many parts of Central and South America, so the taste of the black iguana egg will probably stay in the past. 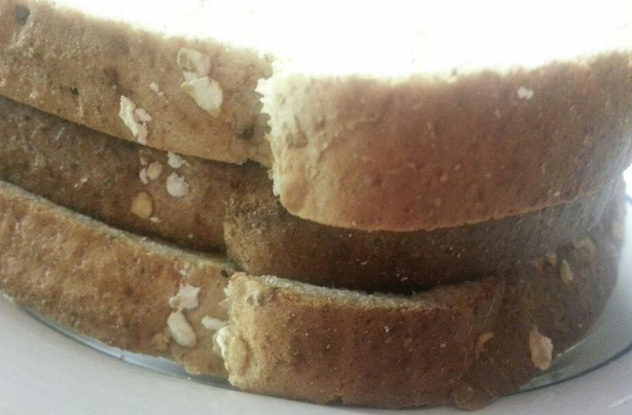 Although not one of the grossest items on this list, the toast sandwich deserves a mention for sheer weirdness.

As everyone knows, the Earl of Sandwich’s gambling problem and subsequent need for one-handed food created the original sandwich. In 1861, Miss Beeton’s Book of Household Management was published, featuring a recipe for the toast sandwich. Like the name suggests, it is made of a buttered slice of toast with salt and pepper placed between two slices of untoasted bread. Variations include adding eggs, beans, sardines, or carrots. The toast sandwich is associated with snacking or breakfast, although some people eat it for lunch or dinner.

The cookbook remains one of the most popular cookbooks ever sold and is still in print today, toast sandwich included. In 2011, Britain’s Royal Society of Chemistry hosted a toast sandwich banquet and named the dish “Britain’s Cheapest Meal,” a title that it still holds. 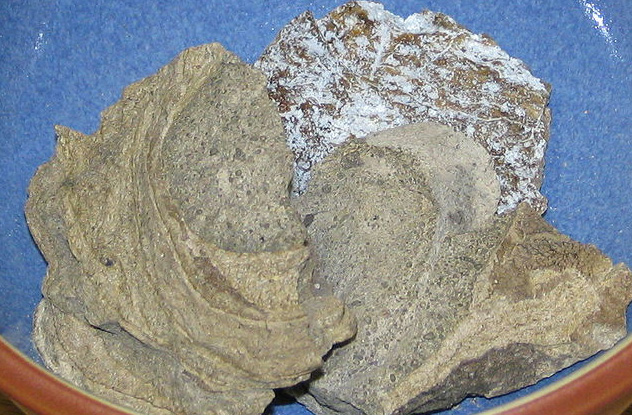 In ancient China, chunks of ambergris found washed up on shores were believed to be dragon saliva. Ambergris actually comes from whales—the other end of whales. This mixture of fat and bile forms when whales try to digest hard, difficult substances (such as squid beaks). It passes through the whale, a little like a gallstone might. As it floats on the ocean’s surface, the ambergris becomes hard and waxy.

The powerful, musky scent of ambergris makes it a key ingredient in many perfumes, including the famous Chanel No. 5. In the past, ambergris was eaten in many different traditions. In ancient Persia, it was served with lemon sherbet. The French put it in hot chocolate, and some people claim that Casanova used it as an aphrodisiac.

With the decline of sperm whale populations, ambergris is rare today and is even illegal in America. But if you can get your hands on some, devotees say that the flavor is unforgettable. 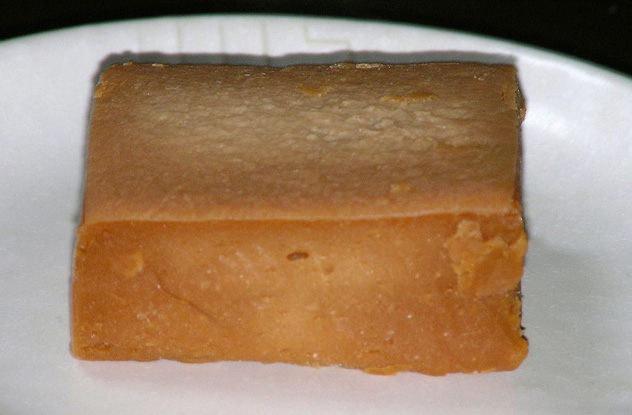 Photo credit: Kodai no So

This dish is a rarity from Japanese cuisine. It’s a dairy specialty. In fact, so is the only dairy dish known to Japanese history. So was produced between the eighth and the 14th centuries in Japan, mostly for people in the noble classes. It was made by boiling down milk until it became a semisolid paste-like substance. For the noble classes in Japan, it was a status symbol and not a staple for nourishment.

It was originally dreamed up as a way to preserve milk so it would last longer in the days before refrigerators and pasteurization. Records show how it was produced but not how it tasted. It probably tasted a little like yogurt but extremely concentrated, thin, and sour.

Historically in Japan, cattle were raised for plowing or pulling carts, never for meat and milk. With the dying out of the aristocracy, so died out, too.