Children’s books are a form of escape. Is it possible to read The Lion, the Witch and the Wardrobe and not dream of visiting Narnia, or the Harry Potter books and not want to become a student at Hogwarts? Sadly, most of us don’t have magical wardrobes that act as portals to a different world. Many iconic places from children’s literature may be impossible to actually visit, but others are 100 percent real, and they’re just a plane ride away. 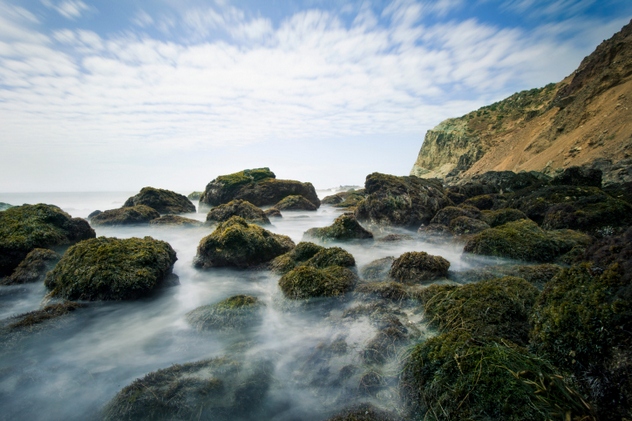 Scott O’Dell won the Newbery Medal for children’s literature for his 1960 novel, The Island of the Blue Dolphins. The novel is about a girl named Karana who is left behind on a remote island off the California coast after her family and the rest of her tribe move to the mainland. She lives for years in near-total isolation, taming a wild dog to serve as her protector, building a house of whale bones, and sewing dresses made of cormorant feathers.

O’Dell’s novel is a striking tale of survival and independence, but what’s most amazing is that it’s based on a true story. Juana Maria, also known as the “Lone Woman of San Nicolas Island,” lived alone for nearly 20 years on San Nicolas Island, one of the Channel Islands off the coast of Southern California. Her home may have been a cave on the island’s southwest coast, rediscovered in 2012.

In 1853, Juana Maria, the last surviving member of the Nicoleno tribe, was found and moved to the mainland, but she died just seven weeks later. While San Nicolas island is not open to the general public (it’s home to a Navy installation), you can visit the nearby Channel Islands National Park, which is accessible by ferry and preserves the islands’ natural beauty in much the way it was during Juana Maria’s time. 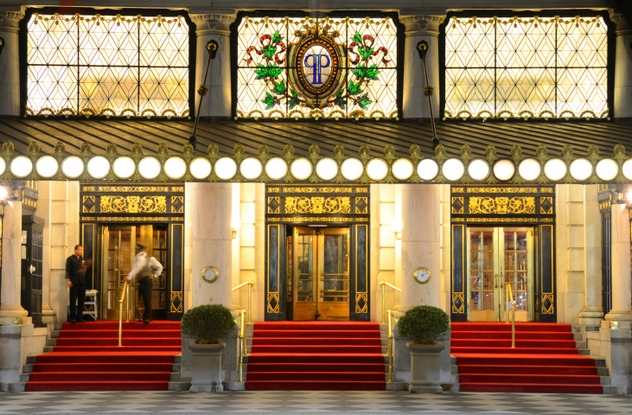 Eloise is a “city child” who lives on the “tippy-top floor” of New York’s Plaza Hotel. In this perennially popular picture book, published in 1955, precocious six-year-old Eloise wanders the hotel’s halls, spies on guests, and always charges her meals to room service. Her mother is perpetually absent, having left her mischievous child in the care of a beleaguered English nanny. It’s hard to imagine that a real-life Eloise actually existed, but she may have—author Kay Thompson reportedly based the character on her goddaughter Liza Minnelli.

These days, the real-life Eloise is better known for being a Tony- and Oscar-winning performer than for her purported childhood antics. But the Plaza Hotel, located at the corner of Central Park South and Fifth Avenue, is still going strong. You can dine in the Palm Court, just as Eloise did, and then visit the Eloise Shop. If you really want to splurge, you can even stay in the Betsey Johnson–designed Eloise Suite, which features original prints from Eloise illustrator Hilary Knight on the walls, black-and-pink decor that echoes the book, and an Eloise bathrobe. The cost? A mere $1,295 per night. 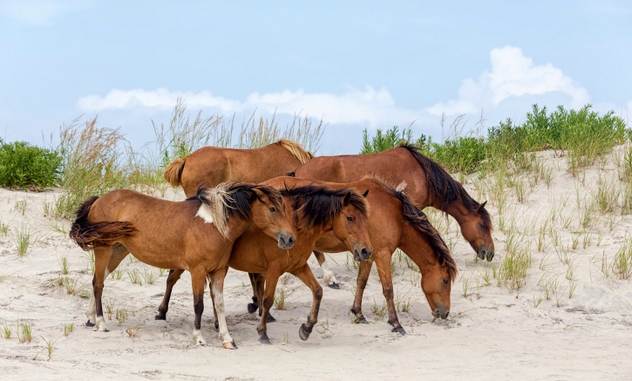 Every year, wild horses living on Assateague Island on the Virginia coast are herded and swum to nearby Chincoteague Island, where they are then sold. This annual “pony penning” event was the inspiration for Marguerite Henry’s 1947 book Misty of Chincoteague. While the local legend holds that the island’s original ponies were survivors of a shipwreck, these feral horses are more likely descended from domestic horses that escaped sometime in the 17th century. Whatever their origins, Henry’s book drew international attention to what had previously been a relatively low-key local tradition.

Pony penning still happens every year on Chincoteague Island, on the last Wednesday and Thursday in July. Up to 50,000 people descend on the island for the event. In 2014, the horse auction raised nearly $150,000 for the Chincoteague Volunteer Fire Department. What few people realize is that Henry based Misty on a real horse and that the preserved bodies of the real-life Misty and her foal Stormy are on display at the Museum of Chincoteague. 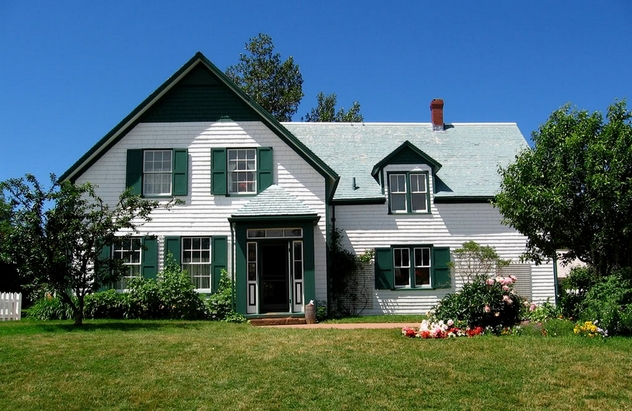 The Anne books were the early-20th-century equivalent of Harry Potter, with the first novel selling 19,000 copies in the first five months after its publication. Readers wanted more Anne, and Montgomery obliged, writing seven more novels chronicling her heroine’s life in rural Canada. The series was so popular and well regarded that the Canadian government made sure to include the Green Gables farmhouse when it created Prince Edward Island National Park in 1937. Today, Anne tourism is big business, with thousands of visitors every year coming from around the world to tour Green Gables, as well as the author’s nearby home and her birthplace. Twenty percent of tourists are from Japan, where the Anne books are incredibly popular. 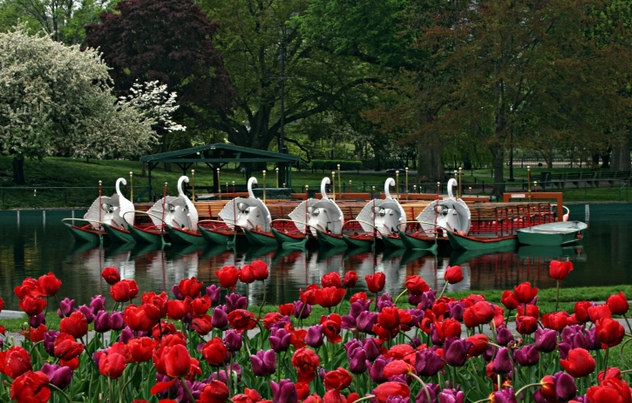 Finding the right place to raise a family in a big city is tough, even for the birds. That’s the lesson that Mr. and Mrs. Mallard learn as they attempt to settle down and find a place to raise their ducklings in mid-20th-century Boston. First, they settle on the hospitable banks of the Charles River, where they hatch their alphabetical brood (Jack, Kack, Lack, Mack, Nack, Ouack, Pack, and Quack). But it’s not long before they decide to relocate to swankier digs in Boston’s Public Garden. The journey with the ducklings across Boston is no picnic, but with the help of a friendly policeman, they make it and are soon swimming pretty among the swan boats.

As an art student in Boston, author and illustrator Robert McCloskey noticed families of ducks make their way across the Public Garden as he walked to class. “When I returned to Boston four years later, I noticed the traffic problem of the ducks and heard a few stories about them. The book just sort of developed from there,” he later explained. The Public Garden and its swan boats, which have been ferrying people around the park’s lagoon since 1877, are still a major attraction in Boston today. Visitors can take a ride, feed the ducks, and then take a snapshot of Nancy Schon’s sculpture of Mrs. Mallard and her brood, which was installed in 1987.

5Metropolitan Museum Of Art
From The Mixed-Up Files Of Mrs. Basil E. Frankweiler 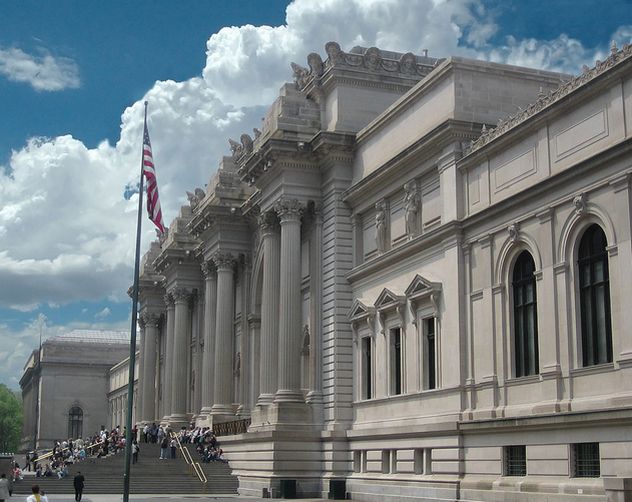 Precocious 12-year-old Claudia Kincaid, the heroine of E. L. Konigsburg’s From the Mixed-Up Files of Mrs. Basil E. Frankweiler, devises what may be the most ingenious running away plan in all of children’s literature. Understandably bored with life in suburban Greenwich, Connecticut, and feeling unappreciated by her parents, she decides to take up residence in the 186,000-square-meter (2 million ft2) Metropolitan Museum of Art. Claudia and her younger brother Jamie (his savings finance the escapade) move into the sprawling museum, hiding in bathroom stalls to elude security, taking baths in a fountain, dining at automats, and sleeping in Marie Antoinette’s bed. They even solve a mystery involving a statue by Michelangelo.

The New York that Claudia and Jamie visit is long gone—you’d be hard-pressed to find an automat these days—but you can still visit the Met, the largest art museum in the US. The museum includes a vast collection of art from around the world, including a 16th-century French bed where Claudia may have spent the night. But Claudia’s and Jamie’s escapade gave some people pause—for years, the Met gift shop refused to stock the book, and Konigsburg speculated that it was because museum administrators feared that young visitors might take inspiration from the book’s protagonists and try to spend the night. 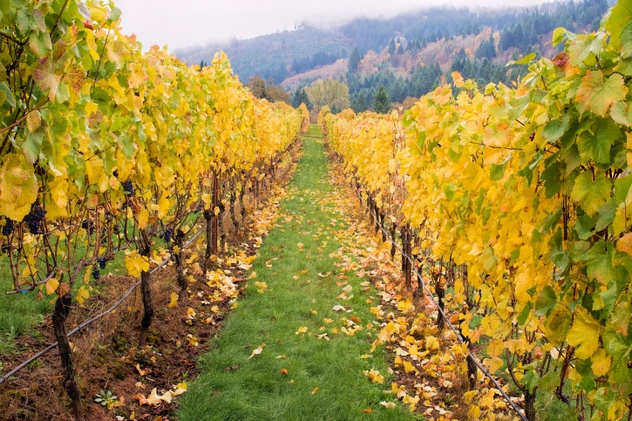 Beverly Cleary spent much of her childhood in Portland, Oregon, and when she started writing the Ramona books as an adult, she gave her spunky young protagonist a home on the delightfully named Klickitat Street. Klickitat Street is a real street in Portland, just a few blocks from Cleary’s actual childhood home (which was listed for sale for $362,000 in 2013). She supposedly used the street’s name because “it reminded [her] of the sound of knitting needles.”

About 80 kilometers (50 m) west of Portland is Yamhill, the rural town where Cleary lived until she was six. She drew on those experiences when writing Emily’s Runaway Imagination. Like the book’s heroine, Cleary grew up in an old farmhouse (which still stands on the outskirts of Yamhill), and her mother helped establish the town’s first library on the second floor of the Yamhill Bank, just as Emily’s mother does in the book. 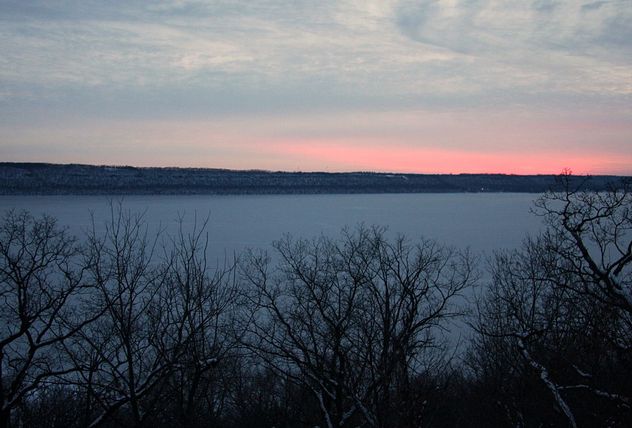 Laura Ingalls Wilder’s Little House on the Prairie opens with a nail-biting wagon ride across the frozen Mississippi River, as Laura, Mary, Pa, Ma, and their faithful dog Jack, set out for their new home on the Kansas prairie. The timing of the trip is delicate—set off too early, and lingering winter weather may prevent them from ever reaching their destination; leave too late, and the ice won’t be solid enough to hold the weight of the wagon. Thankfully, the Ingalls family crosses successfully in the book, just as they did in real life.

Many readers already know that the Little House books are a highly fictionalized account of the author’s pioneer childhood, and the various home sites described in the series have become popular tourist destinations for Wilder super fans, known as “bonnetheads.” The river crossing occurred at Lake Pepin, the widest point on the Mississippi River, about an hour and a half outside of Minneapolis. There’s also an Ingalls family cabin replica at a highway rest area just outside of the nearby town of Lund, Wisconsin. 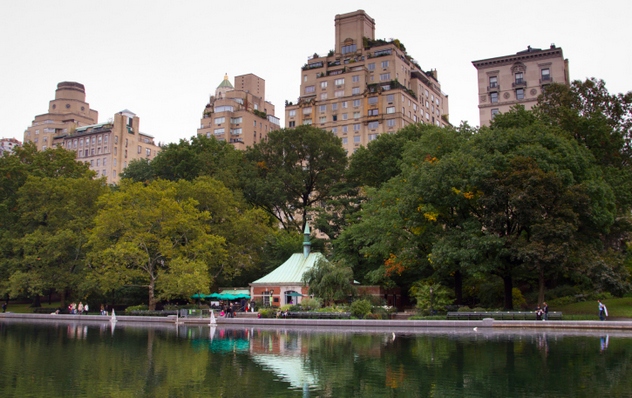 In E.B. White’s 1945 novel Stuart Little, the eponymous title character is a mouse living with his human family in New York City. It’s considered a children’s classic now, but Stuart Little wasn’t exactly received with unanimous praise upon publication. Malcolm Cowley, reviewing the book in the New York Times, expected more from a writer of White’s talent, declaring that he “found it a little disappointing.” After she read the galleys, Anne Carroll Moore, the former head of children’s library services for the New York Public Library and one of the most powerful people in children’s literature, went so far as to send White a 14-page letter begging him not to publish the book.

White didn’t pay much attention to his critics, and his story of Stuart’s mishaps and adventures in the big city was a hit with kids and adults alike. In one of the book’s most famous scenes, Stuart competes in a sailboat race at Conservatory Water, a model boat pond in Central Park. Today, kids and adults alike can still rent remote-controlled sailboats or simply show up to watch the model boat races that are still held every Saturday at 10 AM at the pond. 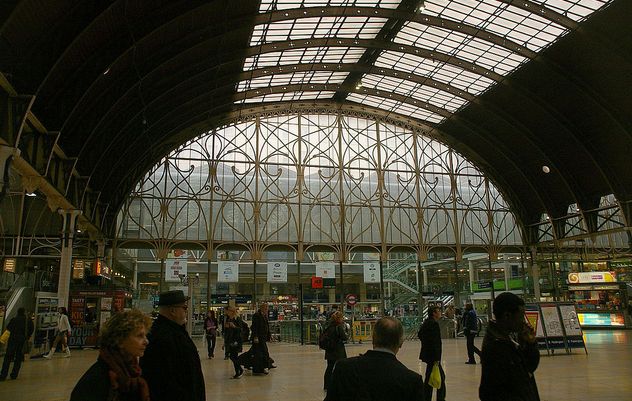 When the Brown family find a lost bear with a note pinned to his coat that says “Please look after this bear,” they do what any self-respecting London family would do: They take him in, naming the bear after the place where they found him—Paddington Station. Thus began the story of Paddington Bear, who has gone on to star in dozens of books, several television series, and an upcoming movie. Paddington’s creator, Michael Bond, has said that he was inspired to write the first story after seeing a lone stuffed bear on a shop shelf on Christmas Eve. He felt sorry for the toy and bought it as a gift for his wife, naming it “Paddington” after the nearby London train station.

Paddington Station, still a major rail hub in the British capital, retains the same general character it had in the 1950s, when Paddington arrived there after his journey from darkest Peru. Not surprisingly, there’s a Paddington Bear shop, as well as a statue of the beloved bear at the station. Those who can’t make the jaunt across the pond can still see the real-life Paddington Station in the Paddington feature film, due out in 2014.

Megan Elliott is a writer living in San Diego.