Forensic entomology is the study of insect biology as it applies to criminal matters. Thanks to The Silence of the Lambs, we’re all familiar with Agent Clarice Starling’s visit to a museum’s entomology department, where the two geeky scientists explain the now-famous death’s-head hawk moth. Studying insect life on and around a cadaver to determine the time or place of death dates as far back as A.D. 1247. Let’s take a look at 10 criminal cases where buggy evidence played a significant role. 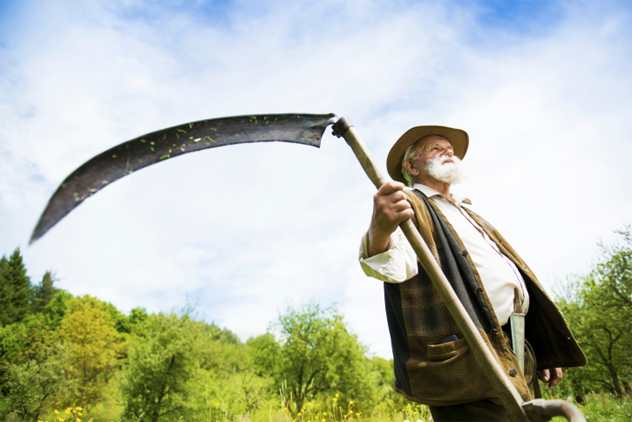 The first documented case of insects used in a criminal investigation comes from China’s Song Dynasty. Sung Tzu, a lawyer and death investigator, wrote The Washing Away of Wrongs in 1247. This book served as a guide for investigators and provided instructions for assessing a crime in a productive manner. The book mentions a murder case that Tzu solved using insect activity in 1235. The victim was murdered by slashing, and Tzu ordered the men of the village to lay their sickles on the ground. He found that flies were attracted to one specific sickle. He hypothesized that the flies were attracted to invisible matter on the sickle, and the murderer soon confessed.

Tzu’s attention to detail and careful documentation of his investigations laid down the fundamentals for forensic entomology. The book was immensely popular, and it introduced to the general public the idea that insects could be used to solve crimes. Still translated and printed today, The Washing Away of Wrongs remains a treatise on forensic science. 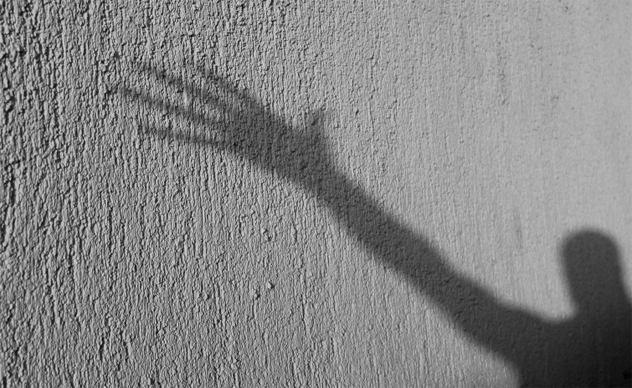 In 1855, the mummified remains of an infant were found behind the wall of a Parisian apartment by the new owners. Investigators had no idea if the former owners had killed the infant and placed the body in the wall, or if the new owners were responsible. How long had the child been dead? That’s what French doctor Bergeret d’Arbois set out to discern. After studying the different insects present and the duration of their life cycles in the corpse, d’Arbois was able to estimate the period that had elapsed between the infant dying and the discovery of the body.

He determined that the accumulation of insects within the corpse pointed to a level of decay dating several years back. His analysis concluded that the baby had died in 1848, exonerating the new tenants. Based on testimony from the doctor, police deduced the logical suspects to be the occupants of the house in 1848, and they were subsequently arrested and convicted of the murder. 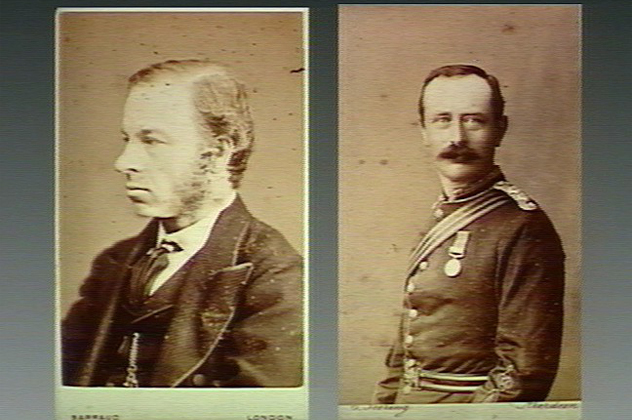 The case of Buktyar Rustomji Ratanji Hakim, an Indian-born physician better known as Buck Ruxton, gripped the United Kingdom in 1935. In a fit of jealous rage, Ruxton murdered his wife, Isabella Kerr, and their maid, Mary Jane Rogerson. In an effort to hide his crime, Ruxton mutilated the bodies and scattered the parts. When the gruesome discovery of the remains was made, maggot specimens were collected and sent to Dr. AG Mearns at the University of Edinburgh.

Dr. Mearns, an expert on insects, was able to determine the date on which the body parts had been deposited in the countryside based on the presence of bluebottle larvae, better known as maggots. The maggots helped pinpoint the date of death, and Ruxton’s alibi soon unraveled. This was the first time a maggot had been used in a court of law in the United Kingdom. Ruxton was found guilty and hanged in May 1936. 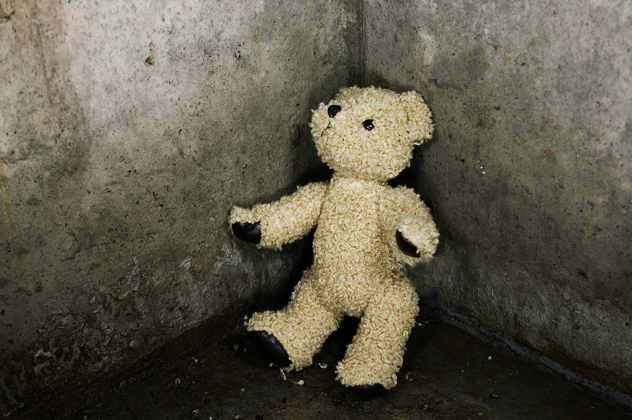 On July 9, 1997, Kevin Neal reported his step-children missing. Two months later, two small human skulls and badly decomposed remains were found in a nearby cemetery. By studying the locations on the bodies where blowflies had laid their eggs, it was determined that the children had likely been asphyxiated. The entomologists concluded that the egg-laying pattern would have been different had bullet or knife wounds been present.

Using climatological data and the life cycle of the blowflies on the children’s bodies, experts were able to calculate the earliest time the children had been dead. Neal, who had been imprisoned for an unrelated crime shortly after the children went missing, argued that he could not have been the murderer because he was in jail. But when the absence of other species of flies that prefer different states of decomposition were analyzed, it was determined that the children had died no earlier than July 9 and no later than July 14, well before Neal was incarcerated. The state of Ohio convicted Neal of murder. He is currently serving a life sentence. 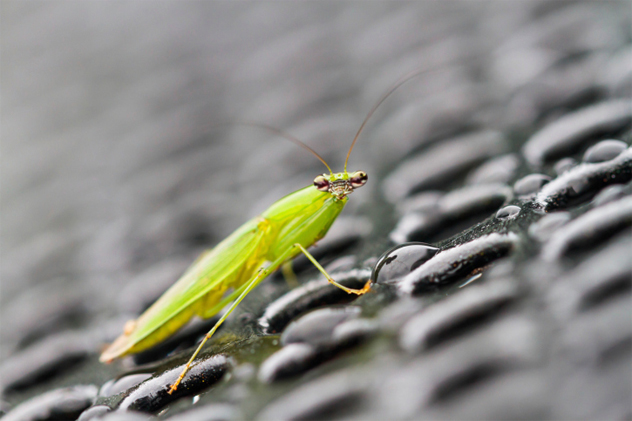 Vincent Brothers was suspected of killing his wife, mother-in-law, and three children in California in 2004. However, Brothers had a solid alibi: He claimed that he was visiting family in Ohio during the time of the murders. Since he’d never left the state, there was no way he was responsible for the deaths of his family members. Or was there? FBI agents assigned to the case felt sure that Brothers was their man, but needed to disprove his alibi. The air filter and radiator from Brother’s car were sent to UC Davis insect expert Lynn Kimsey.

Investigators hoped that Kimsey could identify the bugs in the radiator grill and ascertain where they came from. She testified that the species of dead bugs in Brother’s rental car were from California and other locations strictly west of the Colorado Rocky Mountains. She said that there was no way the bugs could have been in Ohio. The time of year and the species of the insects present served as evidence that Brothers had driven the car to commit the murders and then gone back to Ohio. There were also no daytime insects on the car parts, indicating that the car had been driven mostly at night. In 2007, a California jury found Vincent Brothers guilty of five counts of first-degree murder. Brothers was sentenced to the death penalty. 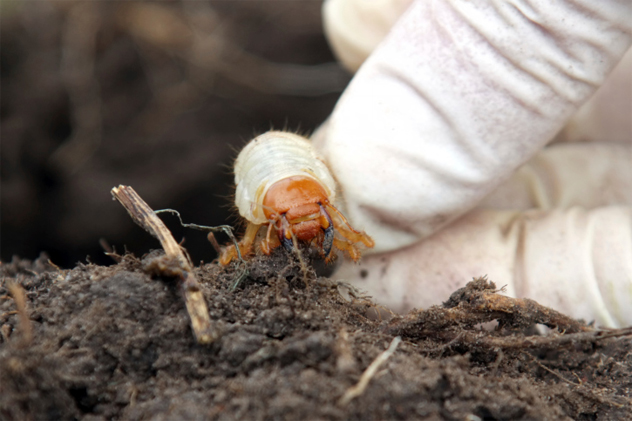 Jonathan Blackwell went missing from his job at a Virginia Goodyear Plant in October 2004. In December 2006, his remains were discovered near a barn in North Carolina. But there was a problem: He had been missing for over two years, so how could the blowfly larvae that were found buried with his remains be only seven days old? Faced with that dilemma, an investigator on the case contacted Wes Watson, a professor of entomology at North Carolina State University.

Based on the presence of the fresh maggots, Watson determined that the shallow grave in which Blackwell was found had not been his first grave. He concluded that Blackwell’s first burial must have preserved his body somewhat, leaving tissue for new blowflies to colonize after his killer dug him up. This is the first report of blowflies emerging from soil covering a corpse. If it hadn’t been for the maggots, a crucial piece of evidence would have been overlooked: the fact that the body had been moved. The killer, a man named Stacy Maurice Webster, turned himself in to the authorities a few days later and was convicted of murder in 2010. 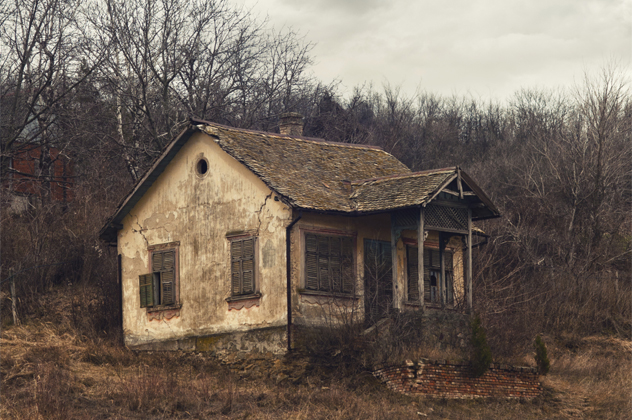 The bullet-ridden body of Kristine Switzer was found in an abandoned house on May 4, 2004, in Beltzhoover, Pennsylvania. There were no witnesses and no evidence other than the mass of maggots crawling around the victim’s body. Forensic entomologist William Todaro concluded that the murder of Stewart had taken place sometime between April 25 and April 27. The temperature in the vacant building provided the ideal climate for flies to lay eggs on the cadaver.

Though late April was still fairly cool, Todaro reported that flies usually became active above 45 degrees. He developed a timeline based on a comparison between the stages of fly development and the weather in the area during that time. A woman named Lenora Maiolo eventually came forward and admitted that she had spent April 26 smoking crack and driving around with Kristine Switzer and a man named Augustus Stewart. Stewart, a drug dealer, thought that Switzer had been snitching to police, so he shot her. Stewart was found guilty of first-degree homicide. 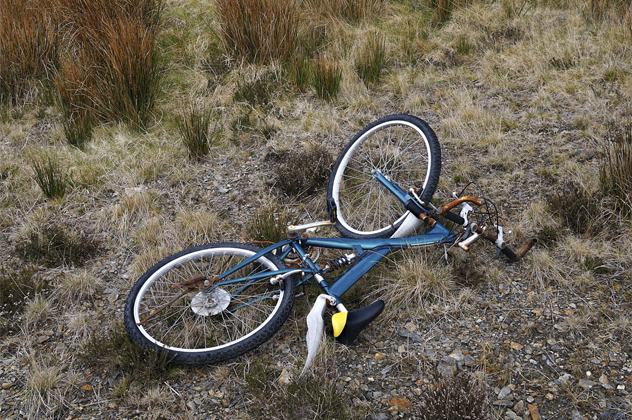 Steven Truscott was only 14 years old when he was sentenced to die in Canada for the murder of his childhood friend, Lynn Harper. Harper was last seen riding on the handlebars of Truscott’s bike on the afternoon of June 9, 1958. Her body was found nearby two days later, raped and strangled. Witnesses testified that they had seen the children together at 7:00 PM, but Truscott had been alone at 8:00 PM. Investigators were convinced based on evidence from Harper’s stomach contents that Truscott had managed to commit the crime during that lone hour, and the original coroner concluded that Harper had died at approximately 7:45 PM.

Truscott was convicted of murder in 1959 and sentenced to hang, but was spared because of his youth. Paroled in 1969, Truscott devoted his life to proving his wrongful conviction. Entomologist Richard Merritt of Michigan State University used original photographs and precise measurements of insects taken when the remains were discovered in 1958 to conclude that there was no way Harper died the evening of June 9. Based on maggot size, Merritt testified at Truscott’s appeal hearing that Lynn was most likely killed the morning of June 10. Forty-eight years after the original verdict, the court ruled that the conviction had to be set aside in light of new testimony. 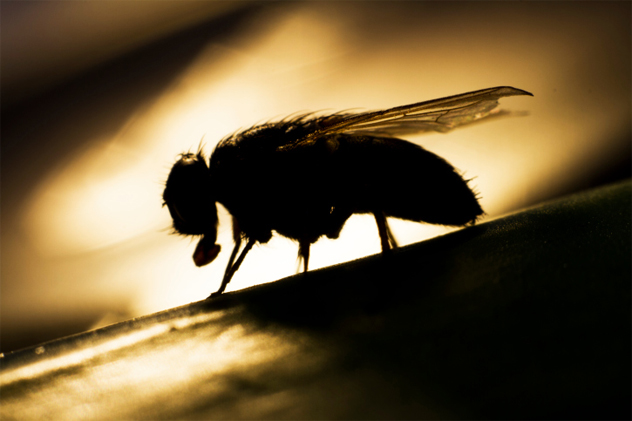 On the night of February 1, 2002, seven-year-old Danielle Van Dam disappeared from her bedroom in San Diego, California. Neighbor David Westerfield claimed to be driving around the desert and beach in his RV, but this alibi proved false when he was spotted barefoot and haggard at a local dry cleaners. Westerfield dropped off two comforters, two pillow covers, and a jacket that would later yield Danielle Van Dam’s blood. He was placed under 24-hour surveillance and the RV was impounded and searched.

It was later discovered that Danielle Van Dam had sold Girl Scout cookies to Westerfield on several occasions. When child pornography was found in his home, the noose began to tighten. He was arrested on February 22 after stains on his clothing and inside the RV proved to be Danielle’s blood. Searchers later found her body on February 26 in a remote area east of San Diego.

Entomology testimony figured heavily in Westerfield’s trial. The defense consulted three different entomologists, all of whom testified that flies first laid eggs on Danielle’s body sometime in mid-February, long after Westerfield was under surveillance. Eventually, under cross-examination by the prosecution, the scientists could not agree on an exact time of insect colonization, and Westerfield’s alibi fell apart. Westerfield was found guilty and sentenced to death. 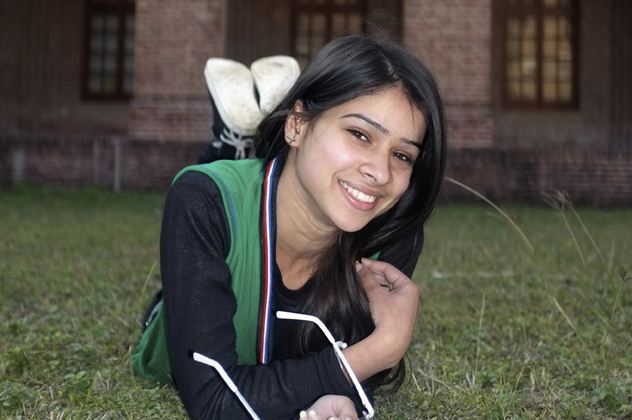 Shafilea Ahmed was a 17-year-old British Pakistani girl. She disappeared on September 11, 2003. Upon being absent from school for a week, her worried teachers informed police. A nationwide hunt was launched but failed to turn up any trace of Shafilea. Prior to her disappearance, Shafilea had visited Pakistan and turned down an arranged marriage proposal. In a bid to avoid the arranged marriage, Shafilea tried to kill herself by drinking a bottle of bleach. This incident left her throat badly scarred, but she lived.

When she failed to show up anywhere seeking treatment for her throat, investigators suspected foul play, although her parents claimed that she had run away with a boyfriend shortly after the arranged marriage fell through. Her body was found in February 2004. Entomologist Amoret Whitaker was called in to testify. Maggot evidence found on Shafilea’s body proved that the girl had died as soon as she had disappeared, disproving her parent’s suggestion that she had run off. Shafilea’s younger sister confessed to police that their parents had murdered Shafilea after she would not accept the arranged marriage. They felt that her refusal would bring shame to the family. Her parents were found guilty and sentenced to life in prison.