Many films popular today for their supposed originality really just rework well-used tropes. With a little digging, you can uncover predecessors that are coincidentally extremely similar in plot. Occasionally, the overlap even extends beyond coincidence into outright plagiarism, and the original filmmakers sue to get the credit they’re owed. 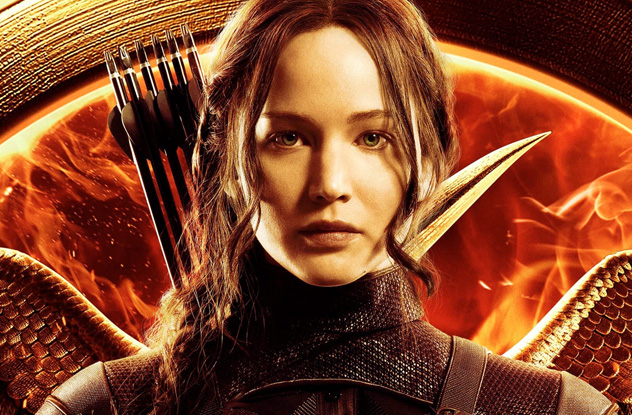 The most lucrative and controversial story of teens killing each other under controlled conditions for public consumption, The Hunger Games has the world’s attention by the eyeballs. While many have criticized Suzanne Collins’s prose and certain contrivances in the story, many think the premise and characters transcend the limitations of the writing.

Thought we were going to say Battle Royale, didn’t you?

Slashers is a 2001 B movie about game show contestants having to kill serial killers or be killed themselves. Its acting may be dodgy, and its satirical point against reality television feels a bit dated today, but it features many story points and elements later shown in The Hunger Games, such as an ironically pleasant and flamboyant host for the event and trackers on contestants that will kill them if they break rules.

The Hunger Games also apes other earlier stories of regular people placed in an arena, but one specific factor sets this connection apart: the way Slashers deals with the interaction between the audience and the contestants. Early on, a major female contestant learns that she needs to achieve audience sympathy (or enticement in the form of removing clothing) to get special advantages. 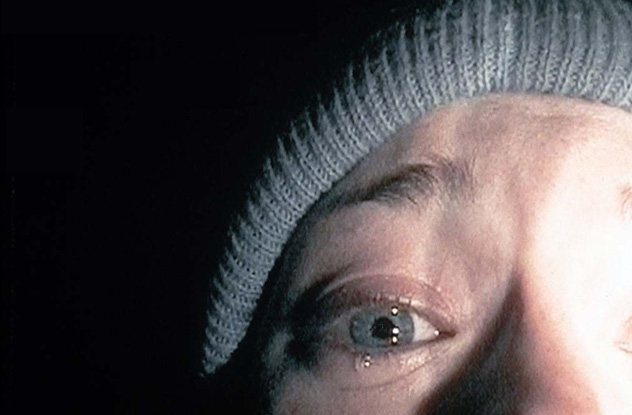 For about 10 years, this 1999 movie about an students filming a documentary in the woods (and dying horribly) was the most profitable theatrically distributed film ever. It’s also often credited with launching the found-footage horror subgenre.

The Last Broadcast is an indie mockumentary released one year before Blair Witch. In it, the creators of a public access show go camping and go missing, leaving only footage from the woods to indicate the cause of their deaths. It was popular enough in the independent horror circuit despite a $900 budget. The creators of The Blair Witch Project saw it and admitted that it influenced them.

The Blair Witch Project would have been far more similar to The Last Broadcast if directors Eduardo Sanchez and Daniel Myrick had stuck to their original plan and made The Blair Witch Project a pseudo-documentary in the style of Unsolved Mysteries. Not until after the three actors went out into the woods and provided enough quality footage for a feature-length movie did they restrict the movie to rough, handheld footage. Originally, Blair Witch was promoted as a broadcast of pseudo-documentary content. This was later repackaged as The Curse of the Blair Witch. 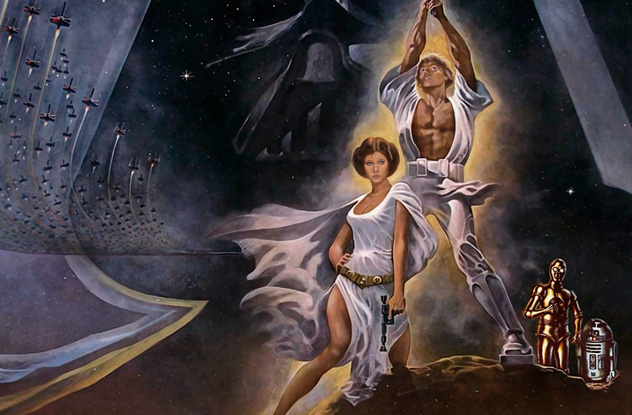 This science fiction epic has gone from being a megahit that critics hated to the crux of a creative empire. It was part of a one-two punch with Jaws in changing the way that motion pictures are released in America. In so doing, it was also accused of infantilizing American cinema.

In 1977, the Universal Studios science-fiction series Battlestar Galactica looked suspiciously similar to Star Wars in terms of production design, particularly the spaceship models. Time magazine, for one, called it a “blatant rip-off.” This was not too surprising, as John Dykstra supervised special effects for both Star Wars and Battlestar Galactica.

Fox sued Universal in June 1978. Universal countersued on the grounds that Star Wars had plagiarized Universal’s own film Silent Running, about an environmental extremist in space who kills his crewmates. The focus of the countersuit was on the extremist’s robot assistants, to which the famous robot R2-D2 bore a supposedly infringing resemblance. Allegedly, designer Ralph McQuarrie had based R2-D2 on the Silent Running bot. In the end, neither side was found guilty of infringement. 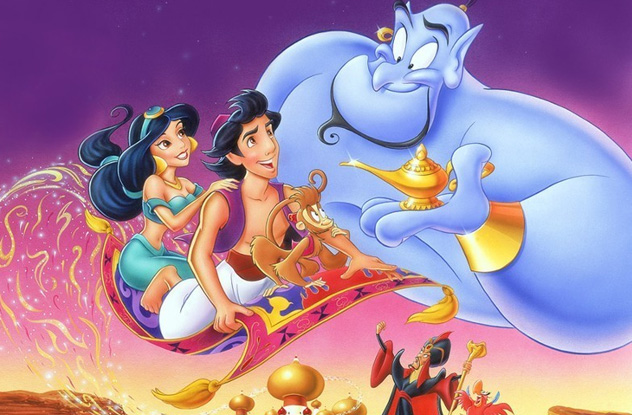 Aladdin is one of the films of Disney’s 1990s animated film renaissance. It’s also been panned for introducing excessive anachronisms and random pop culture references as humor, which would become increasingly common in animated films in 2000s.

Film it’s uncannily similar to: The Thief and The Cobbler

The Thief and the Cobbler has become a legend in animation fan circles if not among the general moviegoing public. Writer-director Richard Williams spent 28 years working on this cartoon and on projects that allowed him to finance its production. Not until he won an Oscar for Who Framed Roger Rabbit? did he get official production support from Warner Brothers. The studio worked on the film whenever Williams and company were available, and some of the crew moved on to other projects during production. One of those projects was Aladdin, which would ultimately come out a year before Williams’s movie.

The resemblances are specific and numerous. Both films are set in a desert city, and both are about poor young men who infiltrate royal families with liberated princesses. Both feature a Sultan character who is a heavy old fellow in white clothing. The Thief counterpart to Aladdin‘s Jafar is the royal vizier Zig-Zag, who is designed similarly to Aladdin‘s Genie. It’s surprising that Warner Brothers didn’t try to hit Disney with a cease and desist order just to slow their movie’s production. 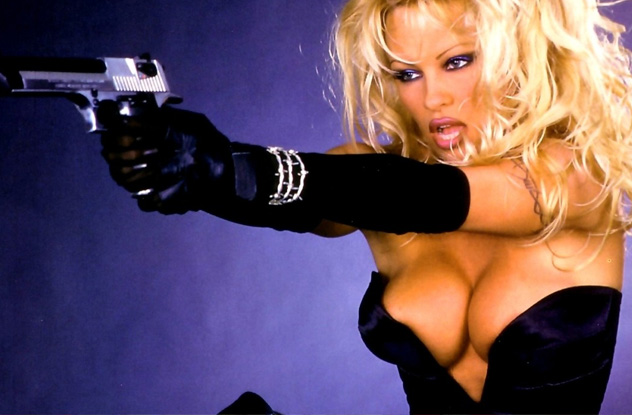 Back when Pamela Anderson was one of the biggest performers in America, this 1996 comic book vehicle for her bombed horribly. It did so poorly that it wasn’t even capable of winning a Golden Raspberry award, although this may have been due more to the new public distaste for Pamela Anderson than due to the movie’s intrinsic faults. For example, Roger Ebert gave it 2.5 stars out of 4 before the hype backlash began.

The greatest love story in film history and probably the most famous film made during World War II inspired this movie on a nearly shot-for-shot basis. The eponymous Barb Wire owns a bar like Rick’s Cafe, her ex-boyfriend shows up during a scheme to sneak out of enemy territory to safety (in this case, into Canada), and so on. The film even completely restages the plane departure scene at the end of Casablanca. The movie doesn’t seem to be trying to sneak this in, since the villains of the movie are dressed in uniforms modeled off the SS officers in the earlier film.

It’s unclear why this approach was taken. It’s not played as a parody. And most ’90s comic book fans weren’t chomping at the bit for an homage to the classic film. 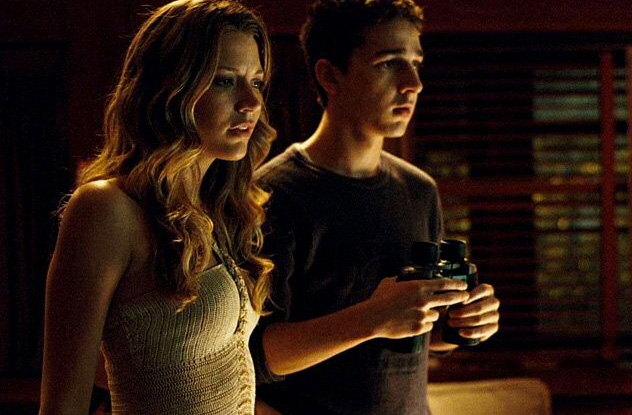 This 2007 Shia LaBeouf film is about a teenager who witnesses his neighbor committing murder. He takes it upon himself to put the suspect under intense surveillance. Fortunately, he has plenty of free time for this because he’s under house arrest.

The 1954 Alfred Hitchcock classic features the same setup of a suspected murder and a witness who is stuck at home. Since James Stewart’s character is confined to a wheelchair instead of just having an ankle bracelet, the situation is inherently more tense and suspenseful for him and the audience since he has less agency.

In 2008, a lawsuit was filed against DreamWorks Studios by the Sheldon Abend Revocable Trust, which owned the rights to the short story on which Rear Window was based. In 1990, Sheldon Abend had won a landmark copyright case over this short story, but his heirs had less luck with this suit. In 2010, the case was thrown out of court by Judge Laura Taylor Swan on the grounds that the two stories were alike only in highly general ways.

The court of critical consensus wasn’t nearly so kind to Disturbia, with many reviews claiming that it was just “a limp teenage by-the-numbers version of Rear Window.”


4Oz: The Great And Powerful 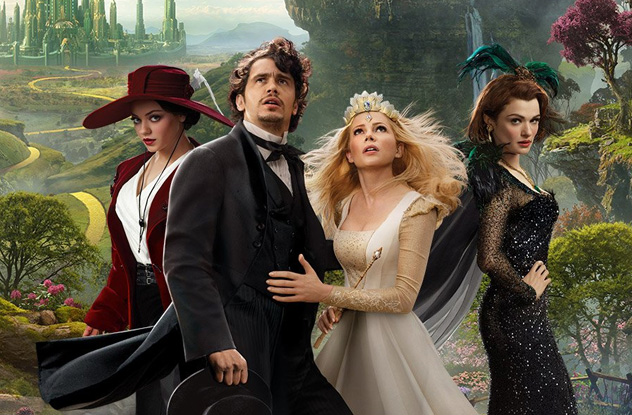 This prequel to The Wizard of Oz features James Franco as the Wizard. He rides a tornado into a fantasy world where he becomes the hero of a collection of backward, well-meaning folk after unleashing the evil of the villain through his own weakness.

The two stories share a very similar structure in terms of how the hero is introduced to an alien environment. They share plot elements, such as books from the hero’s time enabling him to design devices that defeat the villains. The Wizard gets a magically outfitted carriage; Ash from Army outfits a 1973 Oldsmobile with swinging blades that obliterate skeletons. Plus, both films feature Bruce Campbell getting hit for no relevant reason.

There presumably won’t be too many lawsuits over this since Sam Raimi directed both films. Raimi expressed concerns over taking the assignment because he felt Great and Powerful couldn’t compare to the original Wizard of Oz. Falling back on the structure and gags from one of his beloved old fantasy films must surely have felt like a safe bet. 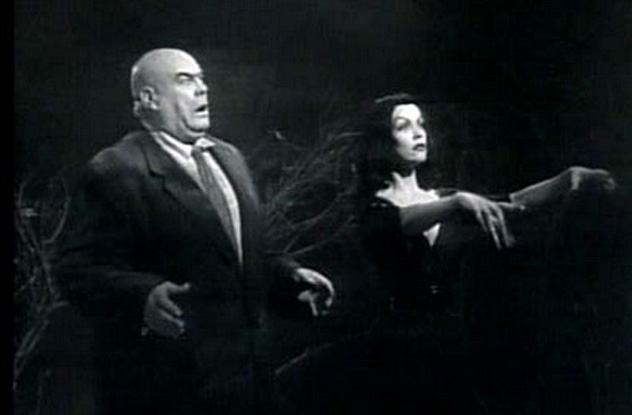 Celebrated as one of the worst movies ever made, Plan 9 tells the story of aliens reanimating the dead to intimidate humanity. It’s notorious for featuring a zombie army of literally only three people. One of them has his hand over his face the whole time to hide that’s he’s played by a double, rather than by film icon Bela Lugosi.

A sci-fi horror film from the same year as Plan 9 from Outer Space, this is also the story of aliens reanimating the dead to intimidate humanity. The living dead even have an invincibility to bullets that is shared by their counterparts in Ed Wood’s film, and they’re returned to death by ray guns.

Curiously, the larger-budgeted, generally better-made movie is the one that slipped into obscurity in this case. Indeed, film critics like Leonard Maltin seemed to rate Invisible Invaders as worse than Plan 9 because its incompetence was less entertainingly extreme. This just goes to show that even ineptitude should not be done in half measures. 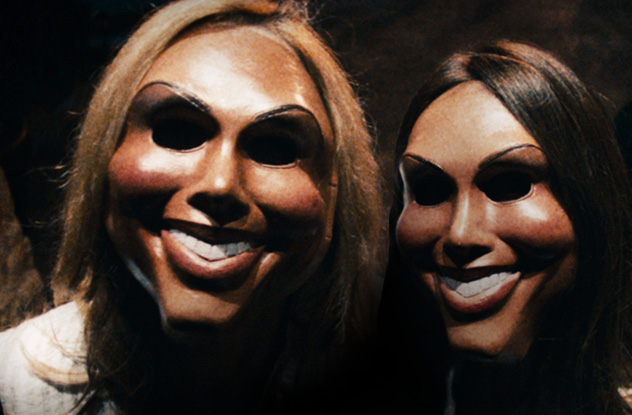 This 2013 horror film about all laws being suspended is probably as well known for how absurd its premise is (and how unexplored its themes are) as it is for its supposed scares and suspense. Nevertheless, it’s well on its way to a second sequel at the time of writing.

Settlers Day is an unproduced screenplay by Douglas Jordan-Benel that was submitted to Universal through United Talented Agency. It shares a premise with The Purge, leading Jordan-Benel to sue Universal Pictures for $5 million. In both films, murder is legal for one night, and killers lay siege to one family’s fortified home.

In the course of the lawsuit, UCLA film professor Richard Walter submitted expert testimony stating that the similarity of the screenplays was so striking that it would be “virtually impossible” for it to be just a coincidence. 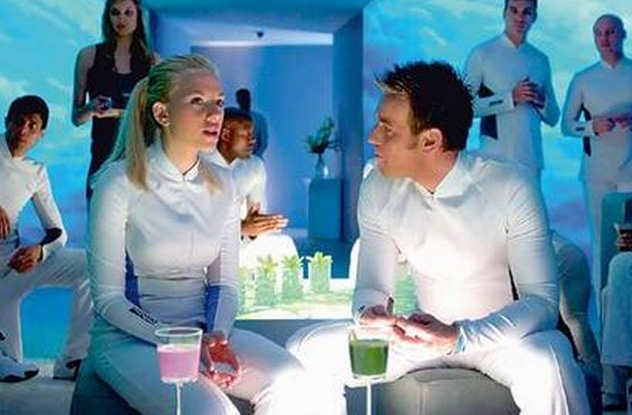 Michael Bay’s 2005 film The Island features a community of clones isolated for organ-harvesting. One man escapes and meets the person he is cloned from while on the run. DreamWorks paid $1.5 million for the movie’s script.

This 1979 film features a community of clones isolated for organ-harvesting. One man escapes and meets the person he is cloned from while on the run. That’s only part of 90 similarities identified between the two films.

DreamWorks seemed to concede that The Island had copied elements. They gave the creators of Clonus a seven-figure settlement.

Caspian Tredwell-Owen, who wrote the script, didn’t work again for seven years. This may make him the only person in Hollywood history punished for being unoriginal.