The year 2014 was bleak. We had the rise of ISIS, the fighting in Ukraine, the bloody continuation of the Syrian civil war, and the complete disintegration of Libya. To top it all off, the Mexican drug war escalated.

And that’s just the stuff you heard about. Behind the scenes and underreported by the media, many further serious conflicts took hold—and are continuing even now, out of the spotlight. 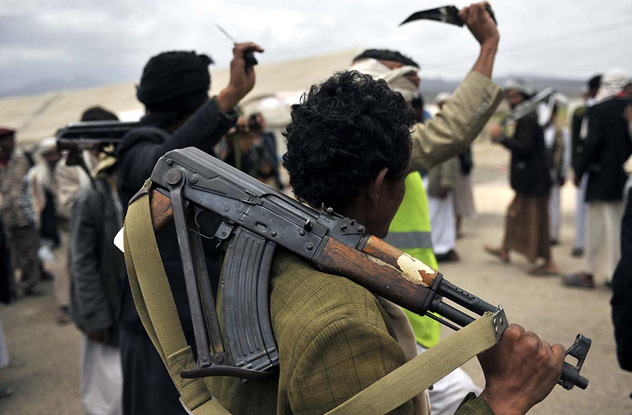 Imagine an armed Islamic group had suddenly risen up, slaughtered hundreds of people, seized control of parts of a major city, and threatened to destabilize an already-volatile region. You’d assume the international media would give it the attention it granted ISIS, right?

Welcome to Yemen, where the rebel Houthis group recently unleashed a storm of violence against the government. Following protests in August, the army tried to crack down on the group, only to trigger fighting that nearly led to a coup. Rebels seized control of huge swaths of the capital Sana’a. The prime minster stepped down, and an army chief fled the city. This followed intense fighting earlier in the year that killed 500 people.

Although things simmered down slightly in Sana’a, the conflict has been made even worse by the arrival of another group: Al-Qaeda. Bin Laden’s former associates really hate Houthis. In cities where both are active, the two battle each other and government forces while civilians die in the crossfire.

Worryingly, the Houthis insurgency may fuel Al-Qaeda propaganda. Membership is surging, and the US considers the group’s Yemen chapter the most dangerous branch. 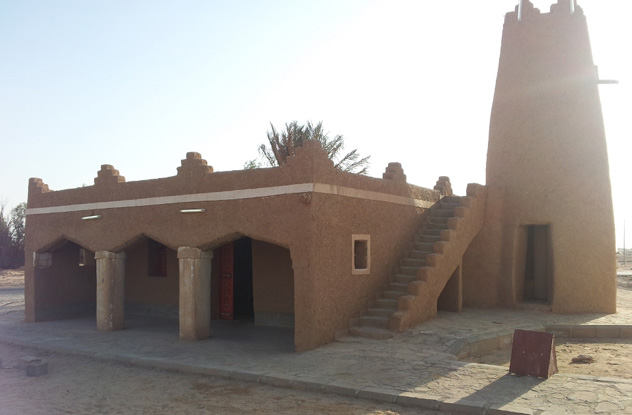 Saudi Arabia’s Eastern Province is its only majority-Shia one. Since 2011, many in the region have been protesting against the government’s favoritism of Sunni Muslims. Over 20 people died in protests. Then, this year, things went further.

After a prominent Shia cleric was sentenced to death, clashes with police led to a heavy government crackdown, with hundreds of young men being injured or jailed. At the same time, Sunni militants responded to the unrest by targeting Shiites in a violent massacre outside a prayer hall. Dozens of people, including children, died.

Although these tensions have not so far erupted into a full-blown conflict, the Saudi rulers are playing a dangerous game. Al-Qaeda and other groups have been trying to spark sectarian conflict in the country for years now, a goal almost certainly helped by Saudi Arabia’s badly misjudged funding of ISIS. If restrictions on Shia rights aren’t lifted in the near future, things will likely get worse. 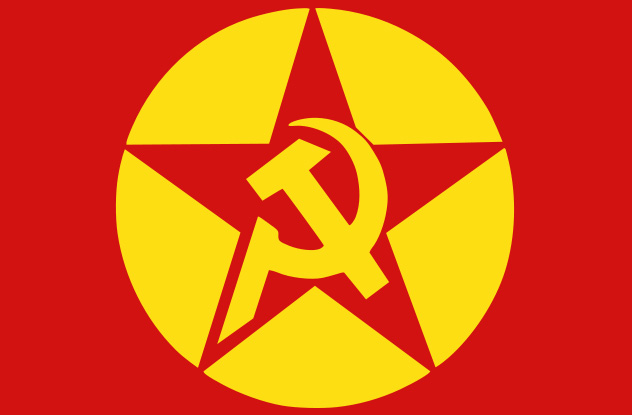 On January 6, 2015, a young woman dressed in a niqab walked into a police station near the Sultan Ahmet Mosque in Istanbul. Inside, she detonated a suicide belt, killing herself and a police officer. The incident was just the latest in a series of attacks by Turkey’s least-known terror group: the Marxist DHKP/C.

Since 2001, the group has run a low-level suicide bombing campaign against the Turkish state, frequently targeting police officers, businessmen, and US or EU citizens. Anti-US and pro-Assad, the group are a remnant from the Cold War, descendants of a 1980s group that once enjoyed wide support.

In recent years, they’ve been staging a comeback. In 2013, they successfully bombed the US Embassy and carried out a rocket attack on police buildings in Ankara. While 2014 was a quiet year, there are signs that the group has been trying to stir up ethnic conflict in the country, with the intent of triggering a war.

Although Turkey currently has other problems to worry about, DHKP/C has the potential to make things very messy. Emboldened by the war in Syria, the group may become more powerful. Already in 2015, they’ve attacked one of Istanbul’s tourist hot spots and certainly possess the means to unleash carnage on the streets. 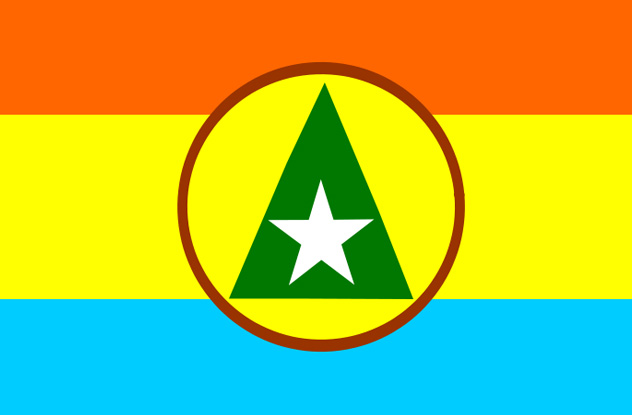 Despite being one of Africa’s key oil producing regions, the troubled Angolan province of Cabinda rarely gets media attention—even though it happens to be home to a 30-year-old insurgency movement that’s being brutally quashed by the corrupt Angolan state.

In 2006, the Angolan government signed a peace deal with Cabinda’s armed group FLEC. Almost immediately, they reneged on the terms, launching a security crackdown that saw dozens of Cabindans rounded up and brutally tortured. In response, FLEC have spent the last years engaging in low-level armed resistance, often to the detriment of foreigners visiting the region. In 2010, they attacked and murdered players from the Togolese national football team. More recently, they slaughtered 10 Chinese immigrant workers in the north of the province. At the same time, the government continues to use the insurgency as an excuse for detaining civilians.

It might not be the biggest conflict on our list, but Angola’s Cabinda insurgency is another ongoing problem in a region where too many atrocities already pass unnoticed. 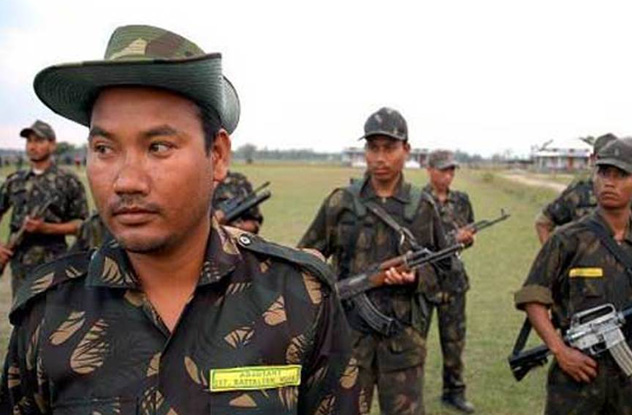 On December 23, 2014, an armed militant group in India’s northeastern Assam province entered a tea-growing estate. There, they calmly rounded up and executed 70 laborers. The act was just the latest in a series of atrocities stemming from ethnic conflict in what commenters have called “India’s Bosnia.”

The homeland of India’s Bodo tribe, Assam is a place of simmering racial tensions. Bodos feel ignored by the government, while non-indigenous Indians feel under threat from militants. Bangladeshi immigrants are loathed and rightly fear for their lives. In 2012, Christian militia group National Democratic Front of Bodoland stepped into this setup for a humanitarian disaster.

Since then, things have gotten worse every year. Aside from the tea plantation massacre, Bodo militants were responsible for the mass killing of 40 Bengali speakers last summer and many attacks on villages. More than 300,000 refugees are now fleeing the area, as the militants step up their attacks on women and children. With the Indian state failing to intervene, many are now worried this could spiral into a war. 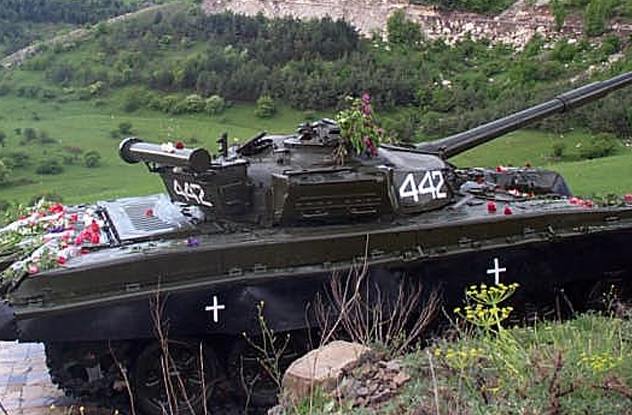 A self-proclaimed republic within the state of Azerbaijan, Nagorno-Karabakh has been self-governing since the mid-’90s with the help of Armenia. Yet thanks to the faraway Ukraine crisis, tensions in this once-frozen conflict are rising.

As an ethnically Armenian region, Nagorno-Karabakh’s security is effectively guaranteed by Russia, while Azerbaijan is protected by the US and EU. The Western response to Russia’s action in Ukraine changed all this. Now, Azerbaijan feels unprotected. Equally, its security forces are feeling freed from Western constraints. The result is a militarily strong nation on edge about its borders, ready to launch a preemptive strike at any moment.

It doesn’t help that the Nagorno-Karabakh border is usually breached upward of 1,000 times a year. In 2014, one such breach led to skirmishes that killed 15 people—the bloodiest period in the region for years. At the same time, 2014 saw the bellicose rhetoric ramped up, with Washington now seriously concerned about the potential for another war. Scarily, any such conflict would almost certainly draw in Russia, with potential for the EU, Turkey, and Iran to get involved, too. 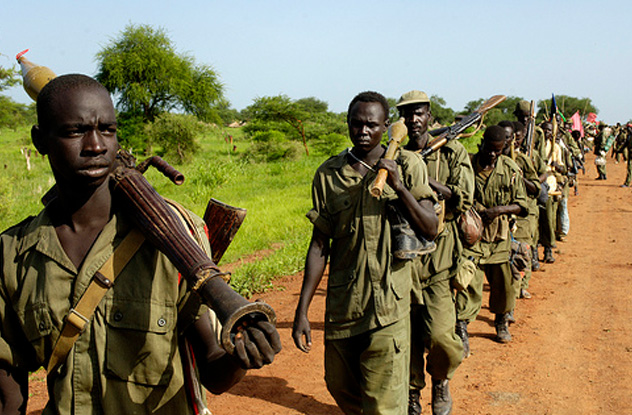 Although the disasters currently unfolding in Darfur and South Sudan receive airtime in our media, one conflict in the region goes largely unreported. Since 2008, various tribal groups have been fighting one another for scarce resources in battles that have killed hundreds at a time.

The statistics are grim and shocking. In 2009, one group went on the rampage against 17 villages in an eight-day period. An estimated 453 people died, mainly women and children. Since then, smaller massacres have erupted periodically, claiming thousands of lives and sparking a refugee crisis that has seen over 300,000 people displaced. In November 2014 alone, at least 133 people died when armed groups attacked one another.

Thanks to the ongoing security situation in the country, Sudan’s tribal battles will not likely end anytime soon. For the foreseeable future, the killing will probably continue, robbing hundreds of thousands of Sudanese of their futures, livelihoods, and homes. 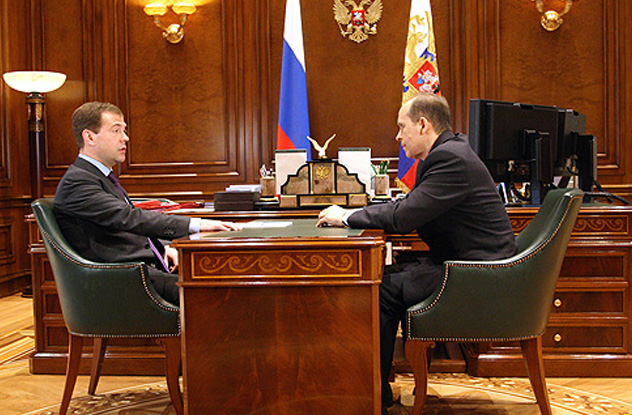 Since the 1990s, the North Caucasus region has been home to one of Europe’s worst conflicts. While the full, nightmarish backstory would take 10 whole lists to explain, the basic outline is that a collection of disputed territories have been trying to win independence from Russia. Russia doesn’t want to give them autonomy. The result: violence and murder on a wide scale.

Although most of us probably know the region for the wars in Chechnya, neighboring Dagestan is the current site of conflict. In early 2014, separatists threatened to bomb the Sochi Olympics. The event passed off without incident, but the rest of Dagestan wasn’t so lucky. In 2013, over 500 people died in the restive region. While 2014 was calmer, 51 people still died in October and November alone.

But there are other reasons for keeping an eye on Dagestan. The region is a breeding ground for extremism. Over 300 citizens are currently fighting for ISIS, and militancy is spreading. 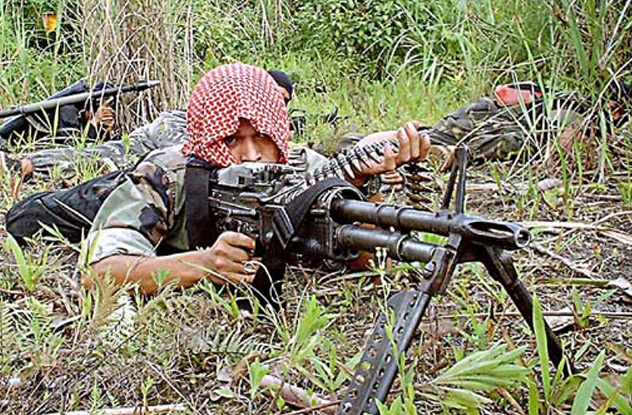 On the island of Mindanao, clashes with Islamic separatist groups have killed 120,000 people in the last few decades and displaced over two million. Despite the 11,000-strong Moro Islamic Liberation Front agreeing to disarm in 2014, plenty of hostile groups still operate in the area. In July, gunmen slaughtered 21 people—including a two-year-old boy—in retaliation against a peace deal. In September, 300 rebels tried to take an entire town hostage, resulting in a standoff with the Filipino military.

But the government isn’t just fighting Islamists. In the last 50 years, a separate communist insurgency has killed another 30,000, with battles still ongoing. Although peace talks are now underway, the guerrilla wing of the New People’s Army has vowed to keep on fighting. 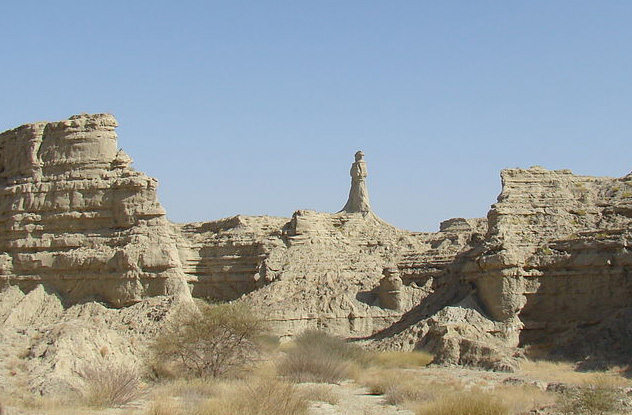 Balochistan, an area across the Pakistan-Iran border roughly the size of France, has been dying for independence since 1947.

Over the last few decades, Pakistan has been tolerating a paramilitary “pick up and dump” policy against the Baloch. The methods are depressingly simple. Anyone spotted inside the territory can be abducted, tortured, and disappeared, their body often surfacing years later in a mass grave. The BBC estimates several hundred to several thousand Balochs have vanished this way, apparently with the blessing of the government.

The result has been a cycle of violence, as Baloch youth respond to these attacks by taking up arms. In April 2014, members of the United Baloch Army bombed a market in Islamabad, killing 25 bystanders and injuring dozens. Only days earlier, helicopter gunships had attacked a village in Balochistan, killing 40 people.

As bad as this already is, it might be about to get even worse. A Baloch commander reports that ISIS fighters are being trained in the region to attack the Balochs. If this is true, what’s already a messy conflict may be about to get a whole lot messier. Where that leaves the future of Balochistan is anyone’s guess.