Spelling mistakes and “typos” are commonplace. We see them every day.

The English language is complex, so even native speakers can make simple mistakes. A misspelled word or an unfortunate choice of font can completely alter the context of the message we’re trying to convey. Fortunately, in many cases, we can correct these errors quickly.

For non-English speakers, translation can also be fraught with difficulty, sometimes producing hilarious results. We’ve all seen the “funny signs” on Facebook and YouTube that were major translation fails.

We also frequently hear of politicians, business leaders, and publications making simple errors that can have serious consequences. Sometimes, these errors are basic proofreading fails or unfortunate choices of wording. Before the digital age, these mistakes could be quickly fixed and forgotten. However, social media and digital news bring us embarrassing moments on a daily basis that can be repeatedly shared around the globe.

With modern-day “spell-check,” you would think that these spelling and grammatical errors would be a thing of the past. However, our good friends “autocorrect” and “Google Translate” can also provide some hilarious mistakes that stay around to amuse us long after the event.

From basic “typos” to unfortunate translation errors, here are some of the funny proofreading fails that have made the news. 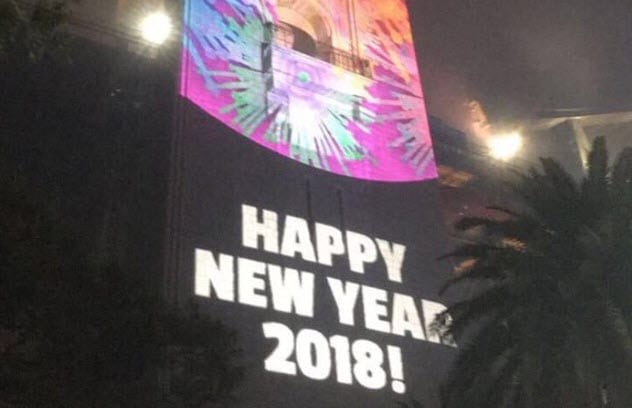 One of the highlights of the event is when the Sydney Harbour Bridge lights up to welcome the New Year. Given that the displays are 15 months in the planning and happen every year, you would think that there was very little that could go wrong.

However, in December 2018, something obviously went wrong when proofreading the pyrotechnic display.[1]

As the clock struck midnight, billions of viewers around the world could be forgiven for being a little confused when the sign lit up to say, “Happy New Year 2018!” Ummm, wasn’t that last year? Shouldn’t it read 2019?

The gaffe quickly went viral on social media and via news organizations across the globe. Organizers apologized for the unfortunate oversight.

9 How Do We Spell Our Name Again? 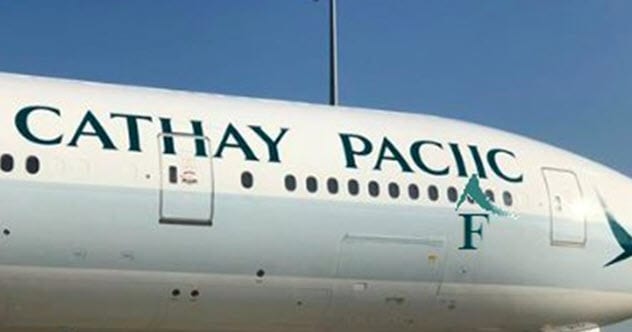 Large corporations spend billions of dollars on branding, sign writing, and advertising. With such big investments, you’d think that every punctuation mark was meticulously proofread before printing. However, even these large businesses are not immune to embarrassing spelling mistakes.

However, their pride soon turned to embarrassment as a glaring mistake in the sign writing was pointed out. The letter “f” had been omitted from the name, and “Cathay Paciic” was emblazoned along the side of the plane.[2]

The hilarious mistake made headlines around the world with the jet heading back to the workshop for a new livery. 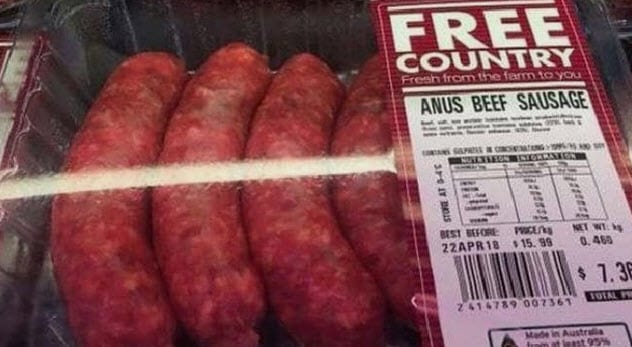 Just one little letter can provide a whole new meaning to a word. It seems that some of us have a bit of a beef with the word “Angus” when describing the meat from Aberdeen cattle.

A number of photos can be found on the Internet of fast-food chains that have misspelled the word on advertising billboards for their burgers. Shoppers in Adelaide, South Australia, could be forgiven for being a little “put off” by a spelling mistake made on supermarket meat packaging.

Sausage casings may traditionally have been made from animal intestines, although synthetic casings may now be more popular. The exact contents of sausages are also questioned at times. However, shoppers were left asking just how much offal was in the sausages labeled as “Anus Beef.”[3]

Someone forgot to spell-check the meat supplier’s labels for their Angus beef sausages. Once again, this went viral on social media with predictable comments. 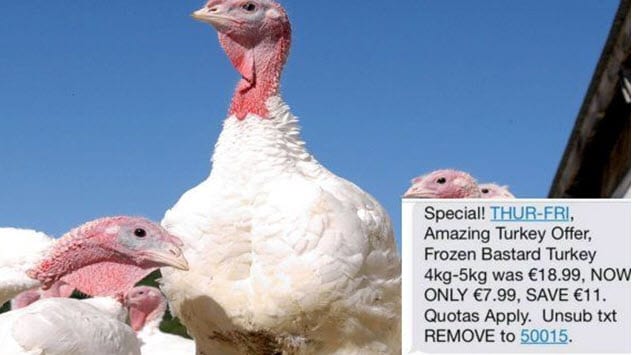 Today’s retailers make the most of social media and modern technology to market their products. It can be a cheap and effective marketing tool. However, when a mistake is made, there is no chance to make a quick correction or recall the tweet.

It took just an hour for the supermarket to become aware of the error and send out an apology to its customers. Some saw the hilarity in the mistake, while others were horrified.[4]

By the time an apology was made, the store’s goose was well and truly cooked. The “Bastard Turkey” promotion had reached a much wider audience than they had originally intended via the very social media channels they were using to promote their chooks. 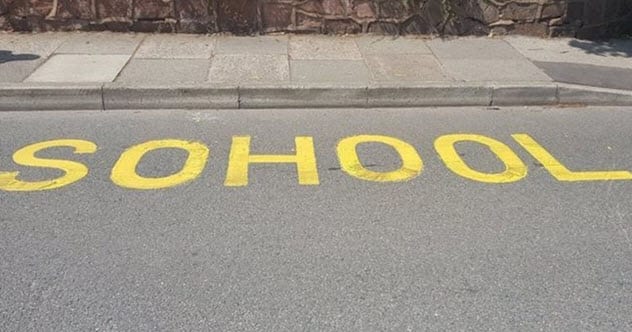 A school is perhaps one of the more embarrassing places for a glaring spelling mistake to appear. We do expect our educators to get a basic spelling list correct. However, the Internet is full of funny anecdotes about misspelled school signs—such as the marking on the road outside one UK primary school.[5]

A slip of the paintbrush saw contractors painting “Sohool” zone on the road outside. Fortunately, school staff saw the funny side of the error, which was quickly corrected. But it was too late to stop the predictable jokes about the contractors “doing detention” and “writing out lines” that circulated on social media. 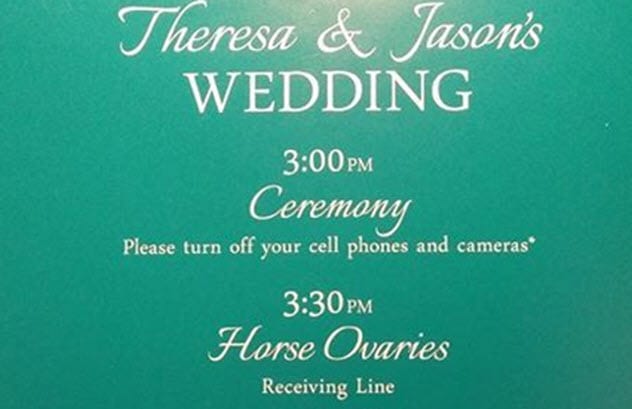 A wedding often takes many months of planning—from the venues and the dresses to the invitations, menus, and seating arrangements. Attention to detail is critical to ensure that your special day runs smoothly. However, for one couple, spell-check failed them badly when proofing their wedding itinerary.

The afternoon was mapped out precisely—from the ceremony through dinner and the party afterward. To entertain guests while the official photographs were taken, they obviously intended to serve hors d’oeuvres to the guests.

However, these appetizers provided far more entertainment than intended. The planned “Hors d’oeuvres” had been mistakenly printed on the wedding itinerary as “Horse Ovaries.” Perhaps not quite as appetizing as originally planned.[6]

By the time the unfortunate couple reached the reception, the typo had been shared on social media over 7,000 times. Only old-fashioned proofreading would have saved them from this one as spell-check would have passed “Horse Ovaries” as being correctly spelled. 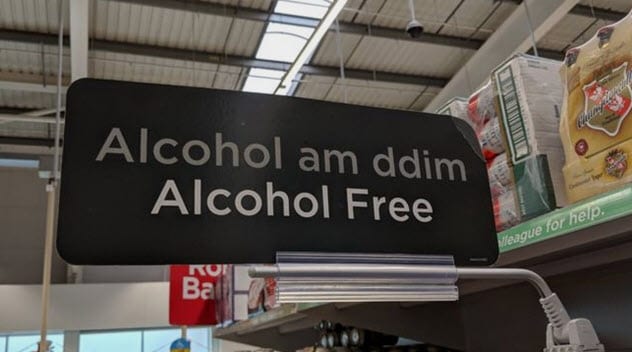 Just one word in the wrong order can change the whole context of a sentence. Anyone who has studied French verbs knows that no language translates literally. A wrong word placement can convey a totally different meaning. It was such a translation error that saw Welsh residents rushing to the supermarket to stock up on a free supply of their favorite tipple.

A supermarket in Cwmbran was attempting to provide a bilingual Welsh-English sign to promote their alcohol-free beverages. Instead of using the Welsh di-alcohol (“nonalcoholic”), translators had come up with alcohol am ddim (“free alcohol”).[7]

A spokesman for the Asda supermarket apologized to customers and confirmed to disappointed beer lovers that there would be no free alcohol available at the store that weekend. 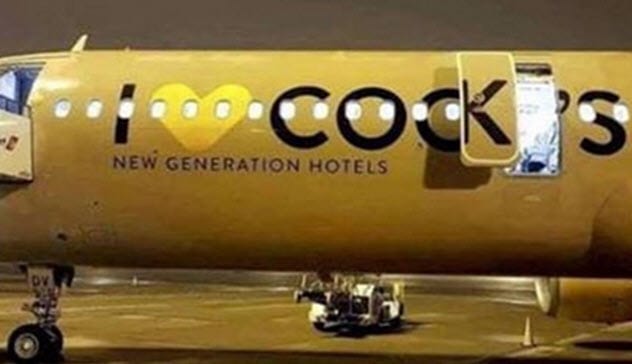 As we’ve all seen on Internet memes, the placement of a sign sometimes needs careful consideration to avoid unfortunate results. A simple thing like a door or window placement can make a huge difference.

Thomas Cook received widespread Internet coverage for the new livery on their planes. “I Love Cook’s Club” along the side promoted their new brand of luxury hotels and cocktail lounges. However, sign writers should have taken the door placement into consideration when spacing their letters.

A passenger spotted a plane on the tarmac with the door open, which made the second “o” in “Cook” appear as a “c.” This conveyed a completely different and somewhat ruder message than was intended with the original branding.[8] 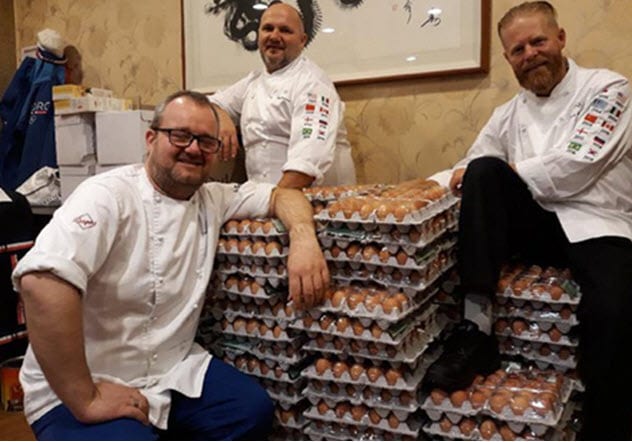 It’s not only words but number systems that can sometimes get scrambled in translation. Chefs for the 109 athletes on the Norwegian Winter Olympic team thought they had the catering down pat in South Korea in 2018.

Some 1,500 eggs were needed to feed the athletes for the duration of the Games. That’s a staggering number for any kitchen. However, even the chefs were astounded when half a truckload of 15,000 eggs arrived at the Pyeongchang kitchen.

Once the surplus eggs were returned to the grocer, an investigation was hatched into how the error had occurred.[9]

It would seem that the Norwegian chefs had been unaware of the complex South Korean counting system, which was compounded by their ordering system. Just one syllable in the order had multiplied the required number of eggs by 10. 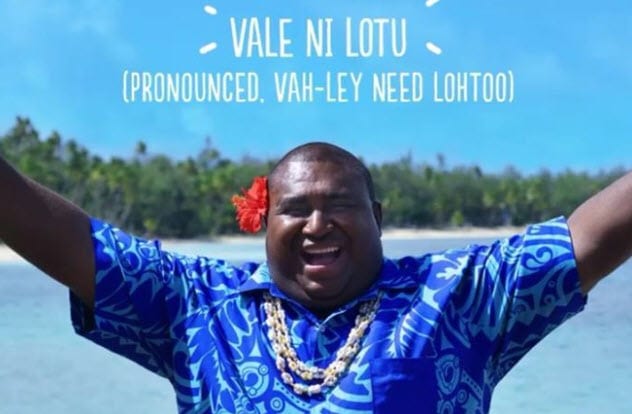 Fijians are known as a friendly, easygoing people who welcome tourists to their Pacific home. Their government invests significant funds into tourism promotions to attract visitors to the island nation. They are also a very religious people who were highly offended by a recent tourism marketing gaffe.

Tourism Fiji posted a series of videos on social media platforms and provided a lighthearted look at some of the more common Fijian words and phrases for potential tourists.

Unfortunately, they had outsourced production of the videos. It seems that they should have had a native speaker check the translations before the ads went live.

The words “Vale ni Lotu,” which means “church” or “place of worship” in their native tongue, were incorrectly translated as “toilet.” This provoked outrage among avid worshippers.[10]

An obvious translation error had caused the gaffe, and the videos were removed from social media for editing.

Read about more epic proofreading fails on 10 Of The Most Epic Typos You Will Ever See and 10 Simple Typos With Surprisingly Huge Costs.