Death is the end of life but not of the body. Corpses are sources of fascination for some and revilement for others. They can even be a source of life. 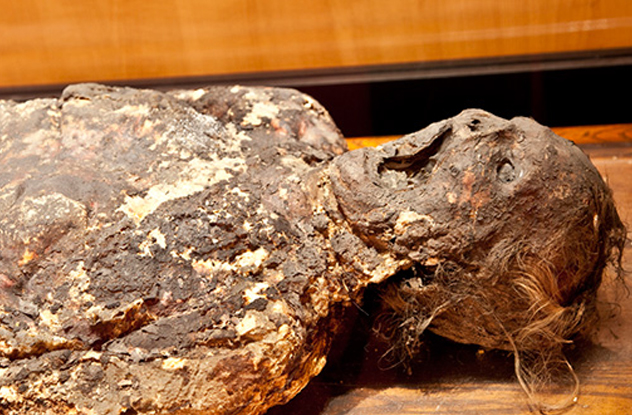 Adipocere, or corpse wax, is a fatty substance that occasionally forms during the decomposition of humans and animals. When a corpse is left in moist, airless conditions, corpse wax can encase the remains in a brittle shell. Corpses encased in adipocere are quite a hassle for the owners of graveyards because it prevents recycling grave plots. On the other hand, it can aid forensic scientists and archaeologists during autopsies of very old remains.

In 1825, Italian physician Augustus Granville autopsied the well-preserved remains of a woman called Irtyersenu. His autopsy was as much a theatrical event as it was genuine science. To enhance the mood, Granville lit the lecture hall with candles made from what he believed to be a form of beeswax or bitumen used to preserve the body. Later studies showed that the wax was nothing of the sort. It was part of the remains of the unlucky corpse itself. 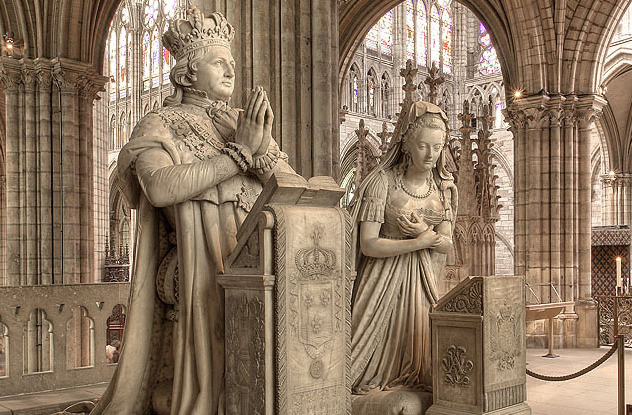 During the French Revolution, a decree was made that the tombs of the kings and queens of France should be destroyed, particularly those at the Basilica of Saint Denis. On October 12, 1793, a mob intent on destruction descended on it and other church grounds. One of the first coffins they came upon, though, was Henry IV’s. Henry had been a popular king, and they treated his remains with a kind of curiosity, if not awe.

The body was in pristine condition after its embalmment. Even the stab wounds from where he had been assassinated were still visible. The fascinated crowd set the corpse on display, and it became an attraction to thousands who flocked to see the late monarch. It seemed for a time that the desecration operation would be canceled for lack of popular demand.

Not everyone was impressed by Henry, though. One republican guard cut off the king’s mustache and put it on his own face. Another cut off the beard for a souvenir. After a short speech by another of Henry’s audience, who sarcastically remarked the crowd should put him on the altar if they loved him so much—maybe he’d do a miracle—Henry was thrown into a common grave pit. The desecration resumed.

Some of the corpses were very old bodies tightly sealed within tombs. There were health hazards. The odor that some of the bodies exuded was so terrible that they boiled vinegar to cover the smell. Several people even caught diseases and died before they finished wiping out the remnants of the old worthies. 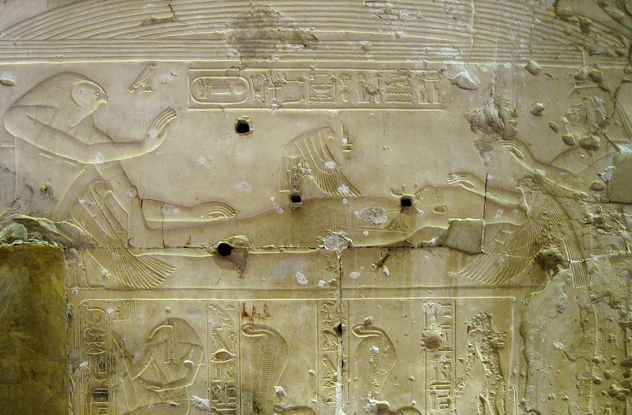 The Egyptian goddess Isis was said to have impregnated herself by using the severed penis of the murdered Osiris. Necrophilia was a common fear among ancient Egypt’s upper classes. Embalmers had to wait a period of days before taking upper-class women’s bodies, out of relatives’ fears that they would use them as sexual playthings.

Necrophiliacs employed in the funeral industry find it particularly easy to indulge their desires. California, which long had no laws against necrophilia, saw several strange cases. Karen Greenlee, a former apprentice embalmer, was believed to have sexual contact with dozens of corpses. She once stole a body on its way to a funeral service and was found two days later in the back of the hearse with it. She was charged with illegally driving the hearse and interfering with a funeral. During her testimony, she talked about how the smell of a freshly embalmed corpse was sexually stimulating and how she enjoyed blood occasionally seeping into the body’s mouth during copulation. 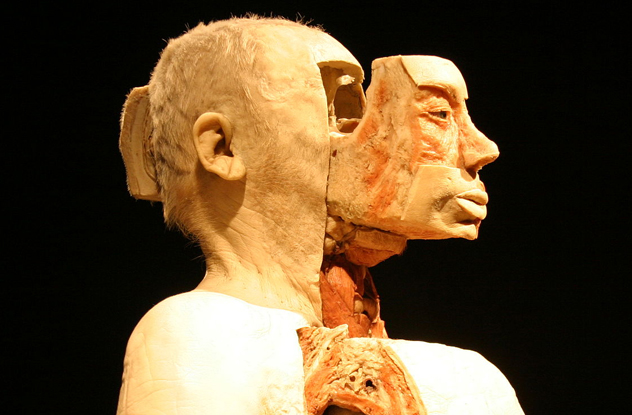 Several exhibitions in museums all over the world display the skinless, preserved bodies of human cadavers. They pose several ethical dilemmas. While promoters describe the exhibits as educational, other groups call them indecent. The archdiocese of Vancouver has called it an indignity to the human body. The superintendent of Vancouver schools set a district-wide ban in place in response to planned field trips to see one such exhibition, questioning the effect skinless corpses will have on children.

Yet the body display industry is booming. One exhibition, “Body Worlds,” has raked in over $200 million in the past decade. The industry is, however, tainted with ghastly rumors. More than 10 Chinese “body factories” supply some of the demand for display cadavers. With little government oversight, it’s unclear where the bodies are coming from. Museums with the exhibitions are refusing to reveal their sources, and both police and universities are suspected of supplying bodies for shows. In response, the Chinese government has created new laws banning the import, export, and purchase of human bodies except for research. 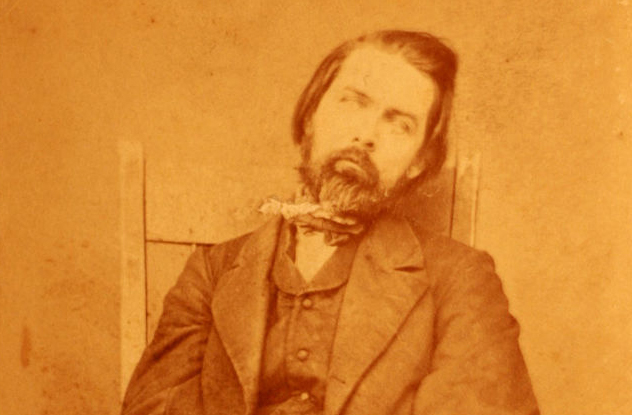 Postmortem photography boomed during the Victorian era, becoming a common practice only two years after the first daguerreotype method of photography became popular. Victorians sought to preserve their loved one’s “shadow” as a way to commemorate their lives. Often, photographs of the deceased were family affairs. The deceased was dressed up and posed with family members around them as if still alive.

At first, photography was an expensive luxury that only the upper classes could afford, but as the technology became cheaper, photos with the dead became common throughout society. Families simply wanted a way to remember their departed loved ones. The Victorians were well acquainted with death. Infant deaths were common, and it was easy for an epidemic to wipe out large portions of a community. 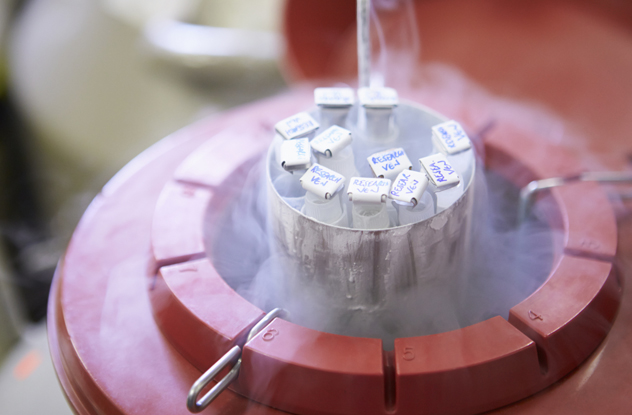 Sperm banks can freeze sperm almost indefinitely, which raises the possibility of having a child with someone who was donating and then died. Banks caution, however, about the limited success of sperm frozen for longer than 12 years. But while sperm donation is an accepted practice, reproductive material can also be culled from the recently deceased. While lending hope to some, it involves to a host of ethical dilemmas.

Since sperm can live for 48 hours after death, the sperm and ovaries of the dead are already being used for testing infertility treatments. The natural extension is harvesting reproductive material from the deceased to have children with the dead. Several births of this type have already occurred. One Texas mother whose son was murdered had his sperm harvested to have and adopt a grandson through a surrogate mother. She has received hundreds of volunteers. In another famous case, a wife fought a lengthy and highly publicized legal battle to impregnate herself with sperm harvested from her deceased husband. 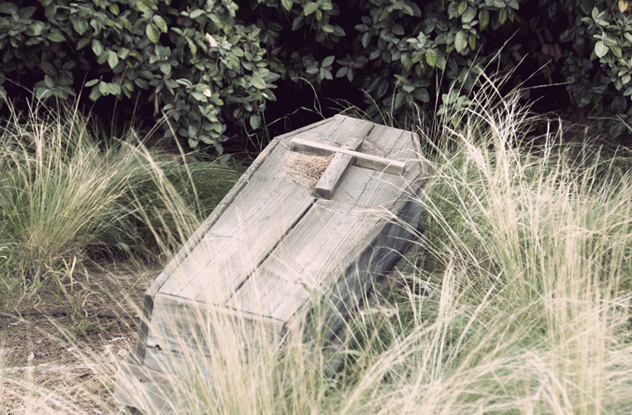 Corpses produce a host of gases as microorganisms break down the body. Some researchers even believe this corpse gas can be used to establish the time of death. These gases build up inside sealed coffins. If enough gas is produced inside a sealed container, the container will burst.

Exploding caskets have been a danger ever since people started putting their dead in boxes. While it generally isn’t a problem if the casket is buried in the ground, there have been many cases of caskets entombed in mausoleums exploding.

London sextons used to tap coffins to encourage the escape of pent-up gases. It was not always enough, though. In one case, corpse gas started a fire under St. Clement Dane’s and Wren’s Church of St. James. Corpses burned for days. 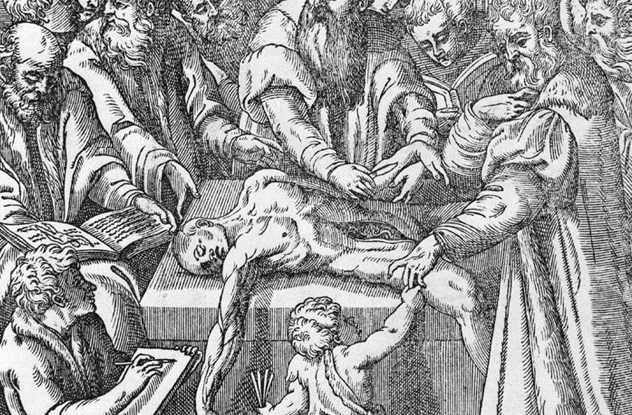 Public dissection was a common practice in Europe. The Murder Act in 1751 declared that all murderers be dissected after death, and this was a particularly strong deterrent to murder. At the time, public dissection was seen as the ultimate indignity. One young murderer condemned to dissection commented to a constable manning the gallows that his victim was better off than he. The constable agreed.

Because it was seen by many as desecration, friends of the condemned would often race to the gallows after the hanging. They challenged the men sent to recover the bodies. This sometimes degenerated into bloody contests between the two sides.

The actual dissection was performed by three men. It was a ritualized, theatrical event. The highest-ranking doctor sat on a raised dais above the corpse and read from an anatomical text to explain the dissection to onlookers. Second in rank was the surgeon, who dissected the body. He was held in lower regard because he made contact with the dead body. Finally, another man pointed out specific organs with a wand. 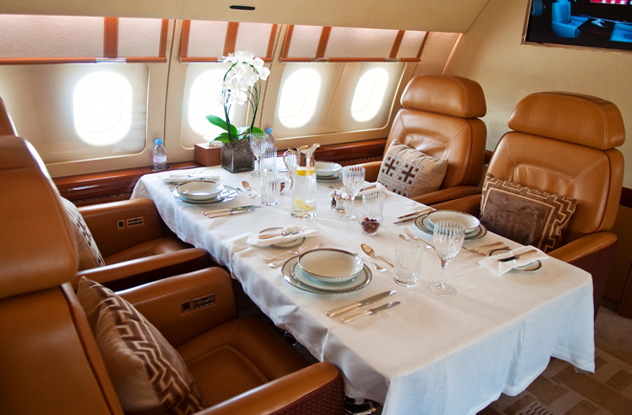 Airlines have a variety of ways to deal with in-flight deaths. Some airlines keep body bags onboard for just such occasions, and Singapore Airlines even has special cupboards for the corpses. Most airlines, though, have no facilities to hold the dead.

In the past, when someone died on British Airways, staff would give them a vodka tonic, a newspaper, and sunglasses, pretending they were asleep so as not to alarm other passengers. But pretending corpses are asleep has apparently fallen out of fashion. Keeping a corpse beside another passenger poses a health risk, so the dead are moved to the empty seat with the fewest passengers nearby. Often, this place is in first class.

In 2007, British Airways apologized to first-class passengers for moving a corpse to an empty seat while the deceased wife, wailing in distress, was moved beside him. Afterward, the flight passengers were detained for an hour by police and not offered any compensation by the airline. 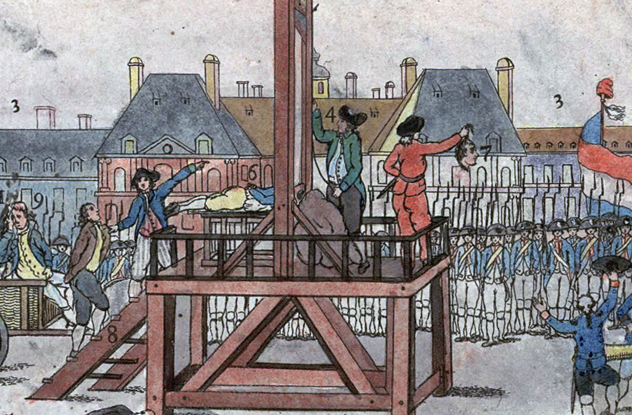 When the French started executing by guillotine, people became fascinated with the issue of whether severed heads live on for at least a few fleeting moments. Several experiments were done to determine if they did. Researchers pricked heads with needles, set ammonia solution under noses, and stung eyes with solution to get a reaction. One executioner, curious about the matter, had a condemned friend signal him if he still lived after the beheading. The head was reported to have winked.

Such stories are unlikely, say doctors. Even if the brain survives the beheading, the drop of blood pressure would put the head in a coma.

Modern tests done with decapitated rats, however, show that rats likely fall unconscious 3.7 seconds after being beheaded. Then, one minute after decapitation, something surprising happens. The rats’ brains light up with a phenomena dubbed “the wave of death.” Some scientists performing the experiment believe this is when death is irreversible, though others disagree.

9 Intensely Creepy Stories To Really Get Under Your Skin