Everyone has their bad days at the office, but some people are so bad at their careers that it’s pretty much all people can remember about them. This level of ineptitude can be amusing and even endearing, like the world’s worst poet. Or it can be terrifying—would any of us want to serve under the general who was so easily outclassed as to walk his entire army into a trap?

My Pal Foot Foot – The Shaggs

Austin Wiggin’s mother once read his palm and told him that his daughters would form a pop group. So the Fremont, New Hampshire man got together his four daughters—Dororthy, Helen, Betty, and Rachel—and made them The Shaggs. The pop group had a name. They just had absolutely no musical training or ability.

Austin acted as The Shaggs’ manager, starting them off with gigs at their local town hall and a nursing home in 1968. Eventually, they even went into the studio and recorded an album, Philosophy of the World. But things didn’t work out, mostly because their songs were horrendous—just check out “My Pal Foot Foot,” their first single, in the above video. They ended up getting cheated when a shady producer stole most of the copies of their album, and that was pretty much that.

The Shaggs have gained a cult following in more recent years from fans of outsider music. Some even view their album as an experimental masterpiece (although any experimental elements are purely coincidental). Noted weirdo Frank Zappa was a big fan. Their music has even been released on CD, although they never became the promised pop sensation. 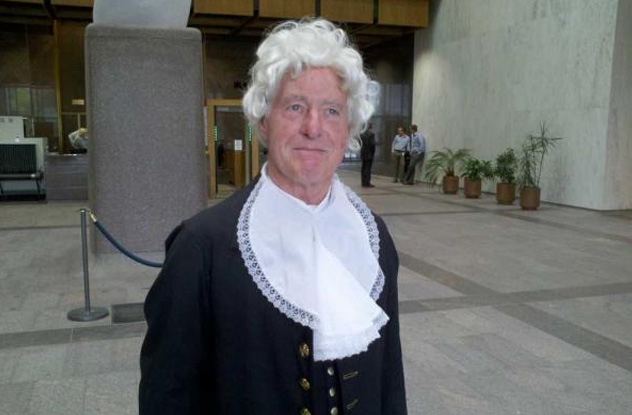 Kansas lawyer Dennis Hawver was defending a man, Philip Cheatham, who was convicted of killing two people and wounding another. Hawver made absurd errors during the trial. These errors including not knowing how death penalty cases worked, refusing public funds to help his client’s defense, spending very little time on the case, and even telling the jury about Cheatham’s earlier conviction for manslaughter. He told them his client was a “professional drug dealer” and a “shooter of people,” and it’s unclear how this was supposed to help his case. He also failed to trace his client’s cell phone records, key evidence that had the potential to exonerate his client.

The Kansas Supreme Court brought Hawver up on disciplinary charges, and he appeared at the hearing dressed as Thomas Jefferson, his personal hero. He claimed that the Constitution protected his right to defend a client the way he wanted, even if the court and professional associations viewed that way as incompetent. The Court was not amused.

Philip Cheatham is facing a new trial, hopefully with an effective lawyer. Hawver, meanwhile, was disbarred. 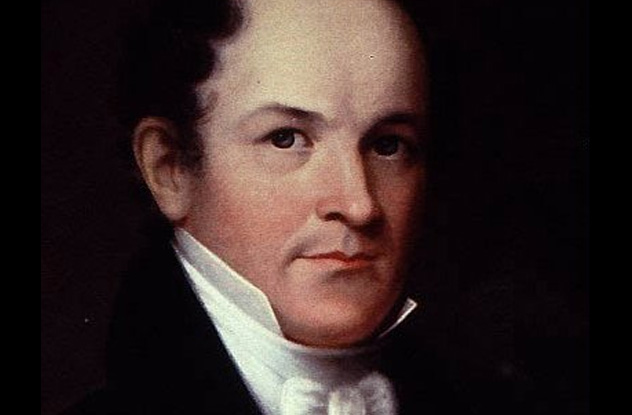 Thomas Nuttall was an important 19th-century botanist and explorer. As a botanist, he followed in the footsteps of the Lewis and Clark expedition and traveled across Oregon, collecting plant samples. He discovered many new plants on his journeys and kept detailed records and illustrations. He also taught at Harvard University.

As an explorer, however, Nuttall was less successful and gained a reputation as a bumbler. Nuttall frequently became lost while exploring, and his colleagues had to go looking for him or light the way back for him. Once, he ran away from approaching Native Americans, thinking they were coming to kill him. Actually, they were a search party. He kept running for three days before accidentally making it back to camp. On another occasion, Native Americans stumbled on him, took him pity on him, and led him home. 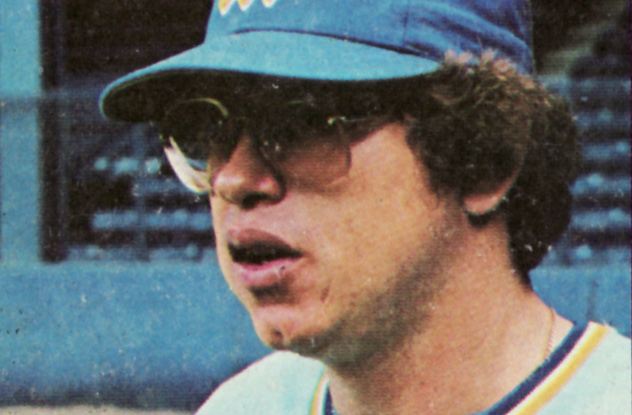 Mario Mendoza was a shortstop for the Seattle Mariners in the 1980s. He was not a very good hitter; his .215 career batting average, while not the worst of all time, is still pretty bad. Unfortunately for Mendoza, that’s what people remember about him. There’s even a phrase, “The Mendoza Line,” (popularized by one of the greatest hitters of all time, George Brett) that baseball people use to denote the dividing line between a capable and incapable hitter. A player below the Mendoza Line is truly terrible, but one who is just above is tolerable. In other words, Mendoza was bad, but just not quite bad enough to be kicked off the team. So he kept plugging away, mediocre season after mediocre season.

Mendoza-type hitters aren’t common in baseball anymore, but the Mendoza Line has taken on a life of its own as a phrase in pop culture and business. We might say, for example, that we “regret buying these stocks, they’ve fallen below the Mendoza Line.” There’s even an indie band called The Mendoza Line, although their albums at least have some pretty good reviews. 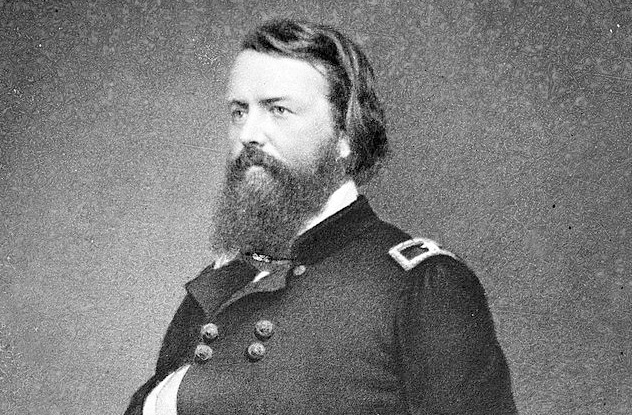 General John Pope commanded Union forces during the Civil War. Pope was a shameless self-promoter, outspoken and brash. This got him the attention of Abraham Lincoln, who put him in charge of the Army of Virginia. But these same qualities earned Pope the animosity of his subordinates (who distrusted him) and of the rank and file (who hated him).

While he commanded a strong force, Pope was not a very good tactician, and he easily walked into a Confederate trap. Generals Robert E. Lee, Stonewall Jackson, and James Longstreet flanked his army while cutting off his supply lines. The result, the Second Battle of Bull Run, was a major Union defeat. Pope’s army suffered over 13,000 casualties.

General Pope was relieved from command of the Army of Virginia, but he maintained smaller military posts throughout the war. He never accepted blame for the loss at Bull Run and instead claimed that his own officers had conspired against him. He even had one of these officers court-marshaled. About the nicest thing any other solider had to say about him was simply that he was no match for Lee. 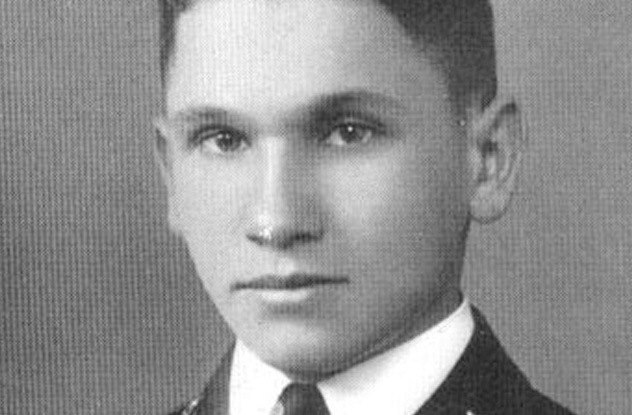 MIT scientist Joseph Weber conducted research into gravitational waves. Originally hypothesized by Albert Einstein, gravitational waves are said to emanate from celestial bodies and radiate outward, bending space-time around any physical object they encounter. Physicists are excited by gravitational waves because they could provide important insights into the origin of the universe. In 1970, Weber announced that his detectors had found evidence of gravitational waves coming directly from the center of the Milky Way. This was a huge discovery that could have won Weber a Nobel Prize.

There was just one problem: Nobody could replicate his experiments. Other scientists who used similar equipment—the detectors that Weber designed and named Weber bars—couldn’t detect the waves. It’s now acknowledged that Weber (a brilliant scientist to be sure, but an electrical engineer by training rather than a physicist) had made calculation errors that rendered his results meaningless. Weber disagreed and continued to pursue researching into gravitational waves, but he found his funding cut off and himself ostracized by the scientific community.

Scientists haven’t given up and continue to search for gravitational waves to this day. 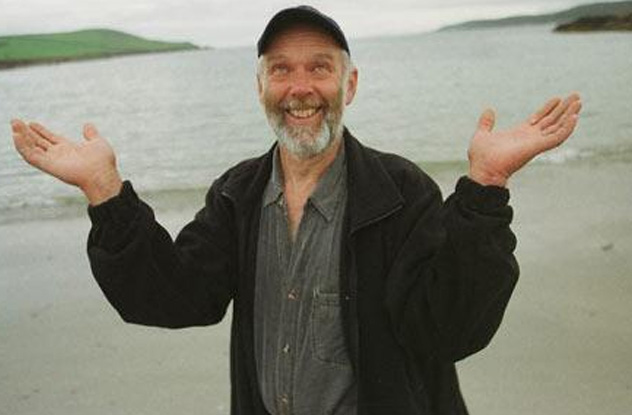 Sailing is dangerous business. The UN estimates that over 65,000 shipwrecks lie at the bottom of the ocean around North America alone. But apparently Stuart Hill, also known as “Captain Calamity,” hasn’t gotten the message.

A sailor from the Shetland Islands, Stuart Hill has to be one of the most inept sailors out there. He first came to notoriety when he had to be rescued while attempting to circumnavigate Britain in a converted rowboat, a voyage that ended up requiring a total of seven rescues on his behalf by the coast guard. A few years later, he again had to be rescued while trying to sail a home-made boat in rough seas.

In addition to playing the sailor, Hill also claims that his tiny island in the Shetlands is an independent nation, the Sovereign State of Forvik, which is not a part of either Scotland or the United Kingdom. The UK doesn’t agree and has penalized him for driving the unregistered van he claims as his official vehicle. 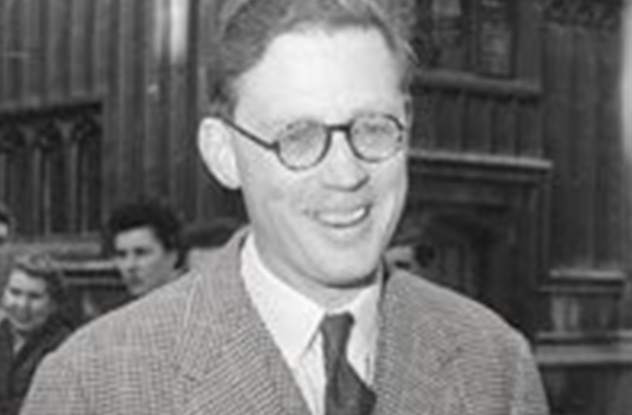 Hugh Trevor-Roper was a history professor at Oxford University, where he taught British history. At Oxford, he held a prestigious professorship. He spent decades engaging in academic debates and publishing essays, and Margaret Thatcher made him a Life Peer, granting him the title of Lord Dacre.

But his entire life became defined by his connection to the Hitler Diaries, a 60-volume set sold to a London newspaper by a Nazi memorabilia collector. Trevor-Roper, under pressure from Rupert Murdoch, declared them to be authentic and one of the most important discoveries of all time. Within days, he retracted his endorsement, and chemical testing soon revealed the books to be fakes. This error gave the headline to one of the historian’s obituaries: “Hitler Diaries Hoax Victim Lord Dacre dies at 89.” 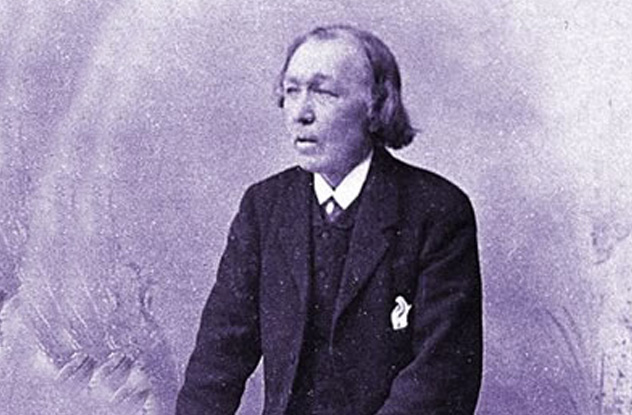 “The Great McGonagall,” a Scottish poet of the late 19th century, is widely considered the worst poet ever. After failing to learn a skilled trade, McGonagall turned to acting, where he couldn’t quite manage the death of Macbeth. So he then moved next to performance poetry. But unlike the average amateur poet, McGonagall published and performed widely. Audiences would become so enraged by his bad poetry that fights would break out, he would be pelted with fruit, and he one time even had to lock himself in the dressing room to protect himself from an unruly crowd.

Wherever he went, McGonagall seemed to get into trouble, making tone-deaf political statements (always in favor of Queen Victoria), being threatened with arrest, and even eventually being banned from performing in his own home town. He acted oblivious to all of it, somehow convinced that he was a great poet. He was also the victim of several pranks, such as when someone sent him a fake letter telling him he’d received a knighthood. Although it’s unclear whether he was in on the joke or not, McGonagall continued to use the false title for the rest of his life.

One of his most famous poems, commemorating a tragedy:

Beautiful Railway Bridge of the Silv’ry Tay!
Alas! I am very sorry to say
That ninety lives have been taken away
On the last Sabbath day of 1879,
Which will be remember’d for a very long time.

Pastor Maldonado is a Formula One racing driver from Venezuela, whose career has been marked by a string of losses, penalties, disqualifications, and crashes. He’s topped the list of most penalized racing drivers. In one particularly jarring incident, Maldonado was banned from racing in Monaco after he ignored a yellow flag and hit a race marshal. Only the intervention of Maldonado’s father, who offered to pay for the marshal’s medical bills, kept his career alive after that.

Maldonado for his part laughs off the criticism that he is a menace on the tracks, blaming it on his car, a Lotus with some technical issues, or on stiff competition.

In addition to his bad driving, Maldonado is also dogged by accusations that he is a “pay driver“—in addition to his father, his racing is sponsored by Venezula’s state oil company, and he was a close friend of the late Hugo Chavez, so it seems like that Maldonado is going to continue to wreak havoc on the tracks for years to come.