Mass delusions are strange things, capturing the imagination—and absolute belief—of entire groups of people. While the psychology of it might still be hazy, there are a number of examples of entire communities sharing in the same delusion.

10 The Hunt For The Liverpool Leprechauns 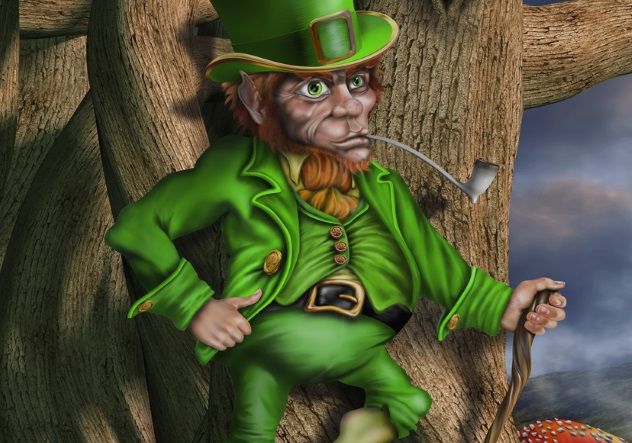 Leprechauns are usually reserved for gaudy St. Patrick’s Day celebrations, but in 1964, thousands of children—and some adults—ventured into Liverpool’s Jubilee Park, completely certain that they were going to find leprechauns.

The hunt started in June, and by July 2, police wearing crash helmets were set up in the park to protect people from each other. The danger of injury was so great that a temporary medical shelter was set up in the park The leprechaun hunt spread to the St. Chad’s churchyard before it finally died down.

One claimant to the start of the panic was a woman who said that she had seen weird, flying objects heading over Liverpool from the direction of Ireland (clearly, bringing leprechauns). Another was possibly a man named Brian Jones, who was gardening in his distinctly leprechaun-like clothes when a batch of children called him a leprechaun. Jones began yelling gibberish and throwing turf, perhaps adding fuel to the rumors. 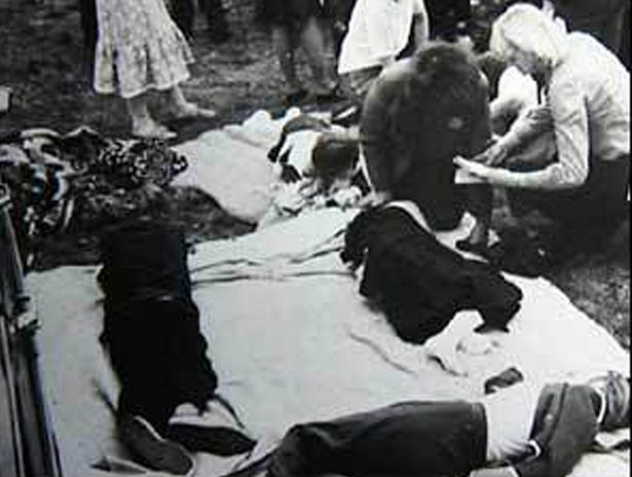 Photo via the Birmingham Mail

On July 13, 1986, students gathered on the Hollinwell Showground in England’s Kirkby-in-Ashfield for a marching band competition. Witnesses reported that suddenly, hundreds of students fell silent, and nearly 300 of them collapsed. One victim was a three-month-old baby.

The students would describe the same symptoms—burning eyes and throat, nausea, headaches, and stomach cramps. By the time it was over, 259 would be taken to the hospital, and the event was given an ominous name: All Fall Down.

Decades later, it is still unclear what caused the mass collapse of marching band performers. Some claim it was mass hysteria, while others point to the possibility that a pesticide sprayed on the field was responsible for the students’ collapse, but nothing has ever been confirmed. 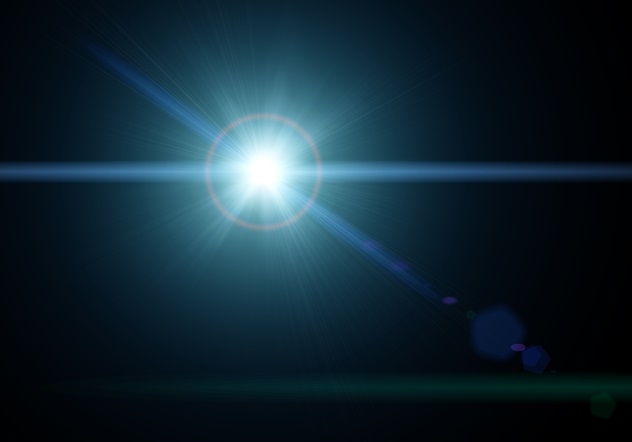 Between March and April 1897, a strange panic gripped the United States. Thousands of people reported seeing what they started calling the “Edison Star,” a giant apparatus supposedly created by Thomas Edison in an attempt to reflect light from one coast to the other. Others thought he was preparing his largest project to date—a giant light bulb that was capable of illuminating the whole country.

Neither was true, of course, but that didn’t stop thousands of sightings from being reported across the country. Residents of Portland, Maine, talked about the “electric balloons” over their town for days, and another rash of sightings gripped St. Paul, Minnesota.

The rumors had started with one of Edison’s Menlo Park experiments, where he sent balloons into the sky as part of his work with the wireless telegraph. Getting better results at night, he attached a light to each balloon, and the nation’s imagination did the rest. 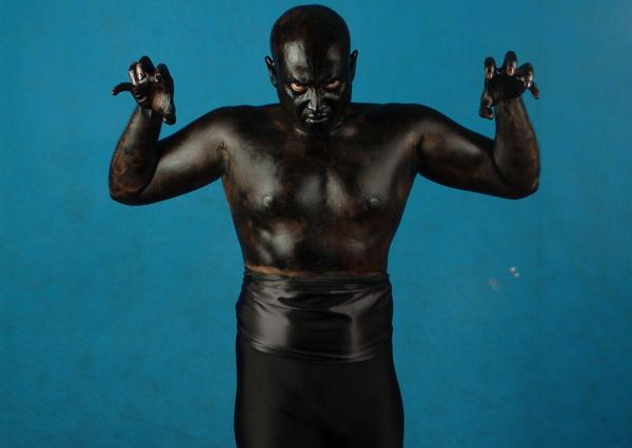 Reports of a terrifying creature called the orang minyak (“oily man”) began in 2012 in the Malaysian town of Kampung Laksamana. According to long-standing folklore, the creature is a human who prowls the night wearing only underwear, looking for virgins. Each rape is thought to increase his supernatural powers, and he is easy to identify by the black, oily substance that he covers himself in to better hide in the dark.

The orang minyak sightings were taken so seriously that neighborhood watches, comprised of hundreds of people armed with axes and machetes, were formed. Similar panics have happened in Sungai Petani in 2009 as well as in Sri Lanka. Although the orang minyak was always a folkloric figure, it was only in the 1960s that scholars started to wonder if sightings of the creature were being used to cover up serial rapes.

6 The Myth Of The War Of The Worlds 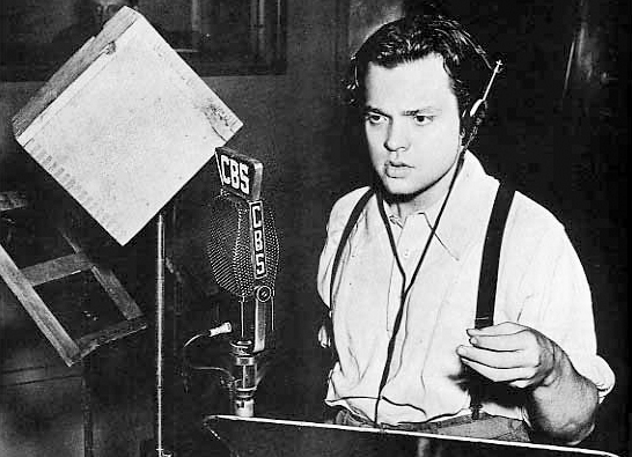 Everyone is familiar with the mass panic spread by Orson Welles’s famous radio broadcast . . . and that’s precisely the delusion we’re referring to.

There is no real evidence of any sort of actual panic, and what evidence there is comes from a less-than-impartial source—newspapers. At the time, radio was the new source for the nation’s news, and in an attempt to reassert their position as the most reliable source, papers sensationalized the public’s reaction to the broadcast. While the New York Daily News condemned the broadcast in a front-page headline, the memoirs of editor Ben Gross tell a different story of deserted streets and absolutely no mass panic whatsoever.

Even if everyone listening had been sent into the streets panicked about aliens, that wouldn’t have accounted for much. According to the C.E. Hooper ratings service, about 98 percent of people listening to the radio missed the program entirely in favor of the Chase and Sanborn Hour. It was only around 1940 that the War of the Worlds panic turned into the episode of mass hysteria that we think of today. 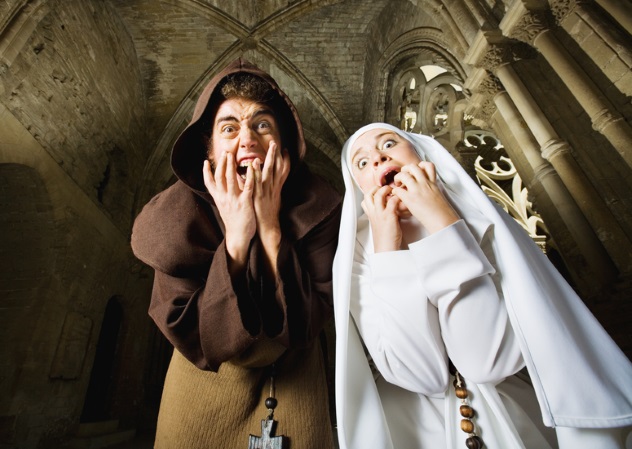 In 1630, Spain’s King Philip IV sent an official dispatch to Milan, warning the town that four escaped prisoners might be heading their way with intentions of spreading the plague through contaminated ointments. In what may or may not be a coincidence, the plague really did break out in the city, and people became convinced that someone had poisoned them.

Residents swore that they had seen suspicious figures smearing poison on partitions in Milan’s cathedral, and things soon spiraled out of control with the belief that every surface in the church had been covered with plague-bearing poisons. People began to point out stains and spots on surfaces across the city, and everyone was looking for the mysterious poisoners. Countless people were assaulted and even killed for seemingly harmless actions like brushing off a pew before kneeling to pray (a mistake that earned an 80-year-old man a vicious beating). 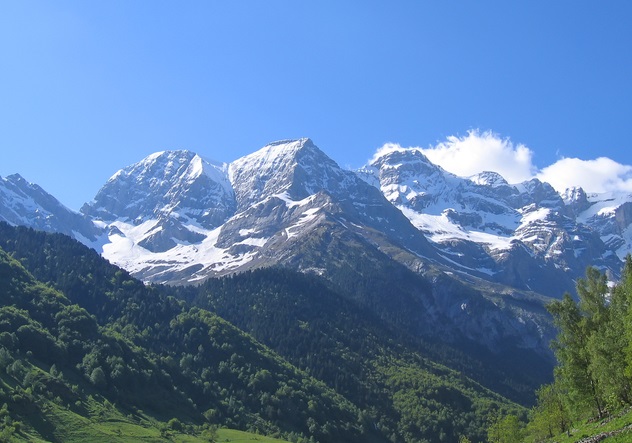 The mysterious presence of a low hum has been reported in many places, most famously in Taos, New Mexico. Various investigations have claimed that the hum is everything from an explainable scientific phenomenon to a mass delusion. The idea of the hum has become the stuff of conspiracy theories, but that makes it a conspiracy that dates back a surprisingly long time.

The first written account of the presence of an unearthly, persistent hum comes from 1828. Travelers making their way through the Pyrenees Mountains wrote about a noise that nearly overwhelmed them when they reached Mount Maladeta. They described it as a “low, moaning, aeolian sound, which alone broke upon the deathly silence.” 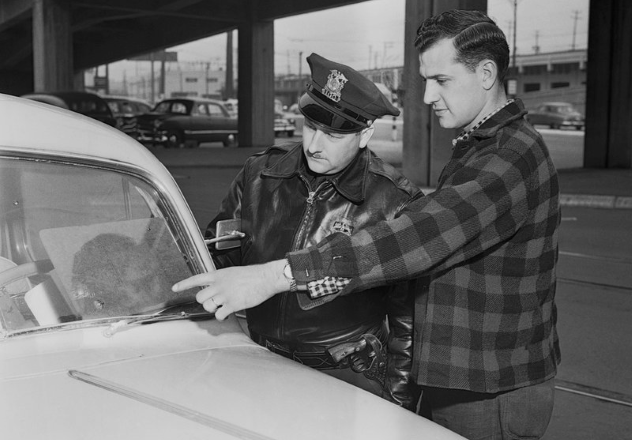 Residents of California, Illinois, Indiana, Kentucky, Michigan, Ohio, Oregon, Wisconsin, and Washington (where the panic was most widespread) found themselves in the midst of a bizarre phenomenon in 1954. A number of car windshields examined by law enforcement had been pitted by some unknown force. Most other outdoor surfaces were unaffected, but thousands of people were suddenly scrambling to explain what was going on.

Top secret nuclear testing was soon blamed for the unexplained damage, and rumors began to circulate that the pits were caused by the fallout from nearby H-bomb testing. Some weighed in with more complicated theories, like the idea that nuclear bombs set off underwater threw billions of tiny marine creatures into the air, and the impact of their fall pitted the windshields. Others claimed that acid-laced bugs were eroding the glass on impact.

Reports gradually slowed and stopped completely by the end of the summer. 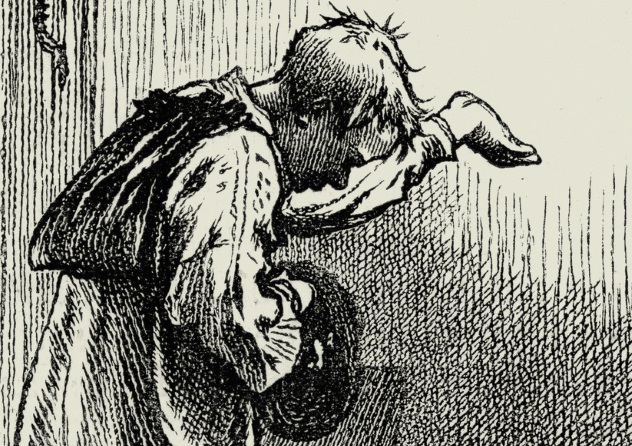 Around the turn of the 20th century, a series of trembling epidemics swept through German schools. During the summer of 1892, students in Gross-tinz were afflicted by tremors that started in their hands and soon spread to their entire bodies. It was so bad that the schools closed (which led to students in Basel, Switzerland, attempting the same thing quite purposefully in order to get their schools to close).

In 1905 and 1906, German students in Meissen who were enrolled in a curriculum that required a lot of writing developed tremors in their hands, and between October and March, 237 were afflicted. By 1906, the tremor seemed to have spread to a school in Chemnitz, were school doctors decided to administer electric shock therapy to the students in an attempt to make them more open to the suggestion that they were trembling because they had heard about the condition in Meissen. They eventually did.

1 The Tarantism Outbreaks Of Italy 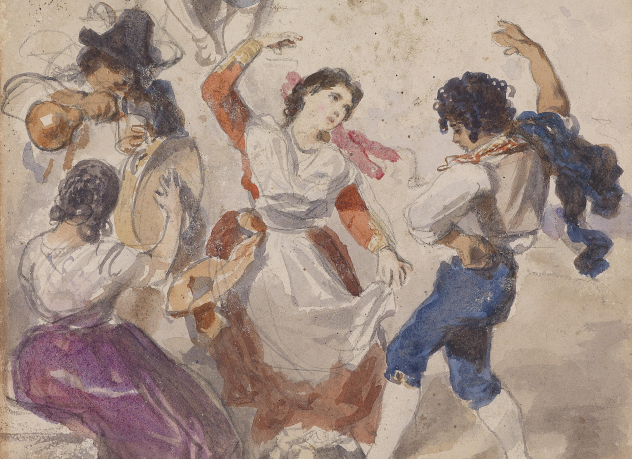 One of the most famous instances of mass dancing happened in Aachen, Germany, in 1374. For the next few centuries, similar outbreaks would happen across Europe, but a specific sort of delusion gripped southern Italy.

Tarantism is the belief that a person, usually a woman, has been bitten by a tarantula. Popular belief stated that the only way to get rid of the spider’s venom was to dance it away to a particular type of music. The tarantella is still danced today and has its roots in this centuries-old mass delusion.

Modern interpretations of medieval writing detailing episodes of tarantism outbreaks in Italy suggest that there might have been something else at work. Symptoms reported by the afflicted included fainting, visions, and uncontrollable trembling, which may have also been associated with the practices of a particular religious sect, whose ways were unfamiliar to the masses and to the chroniclers.