Here’s a familiar scenario: You carefully compose a witty comment on the Internet, post it, and immediately have some jerk pop up to correct your grammar. Most of us hate these pedants with a passion and even equate them with Nazis. But not all grammar fascists are sneering know-it-alls with too much time on their hands. Some are actually kind of impressive. 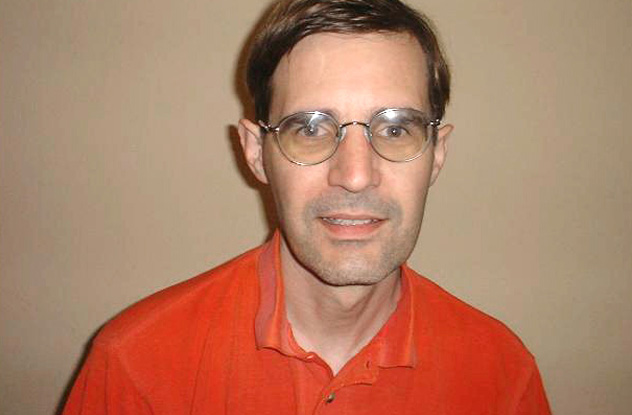 Wikipedia’s unpaid editors are a motley bunch, comprised of knowledge-obsessives, flame war fans, and at least one super-pedant who’d be spitting blood at this sentence. Meet Bryan Henderson, a man who hates the phrase “comprised of” with such passion that he dedicated eight years of his life to removing it from the encyclopedia entirely.

Since 2007, Henderson has put aside multiple hours every Sunday evening to round up and exterminate the 70–80 new instances of “comprised of” that have appeared over the previous week. He didn’t design a bot to do this. He actually sits down and spends an entire evening every week manually altering the offending pages. Over the years, Henderson’s quest has attracted so much attention that he’s been forced to create a 6,000-word page to justify his insane quest.

Although his efforts have seen him invited to Wikipedia’s offices to collect the company’s prestigious Barnstar editing award, not everyone thinks he deserves the accolade. The Guardian claims Henderson’s reasoning is flawed, and “comprised of” is not necessarily incorrect. However, that claim may be a bit rich, coming from a newspaper famed for its spelling mistakes. 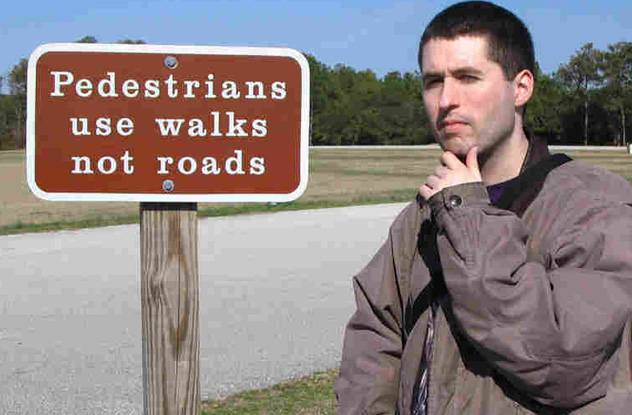 A former school spelling bee champion, Jeff Deck grew up to be what he called “an editor with no off switch.” Faced with typos on billboards and other signs crowding their way into his life, he decided to do something about it. Calling on a couple friends for assistance, he set off to eliminate every typo he could find. His journey lasted 73 days.

Starting in Deck’s home state of New Hampshire, the team crossed 33 states and corrected hundreds of typos. They even had a run-in with the law. After adding a missing apostrophe to a sign at the Grand Canyon, the team were charged with vandalism, fined $3,000, and banned from entering national parkland for a year.

Although nothing quite matched their initial voyage, the team continued to make smaller typo-correcting trips right up until 2012. 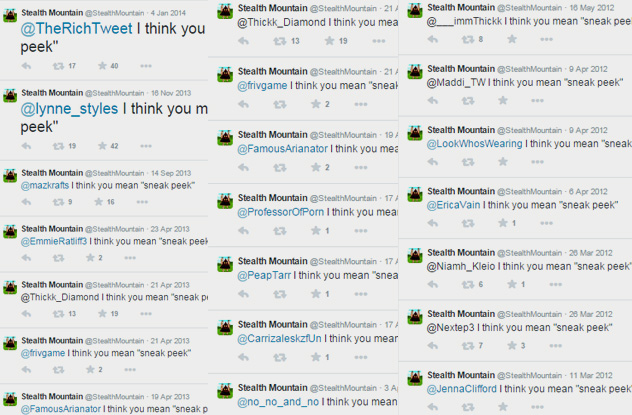 Running since early 2012, Stealth Mountain automatically combs Twitter for anyone saying “sneak peak” and responds with “I think you mean ‘sneak peek.’ ” Although we don’t have any idea who programmed the bot, they sure love annoying people. Several websites have collected the Twittersphere’s responses to being told they’ve got their grammar wrong, and the results swing between hilarious and slightly scary.

While anyone can program such a bot and then go off to do something more productive with their time, Stealth Mountain has someone behind the scenes who routinely favorites the best responses. They’re still paying attention, no doubt basking in the warm glow of the chaos their pedantry has caused.

7The Society Obsessed With Apostrophes 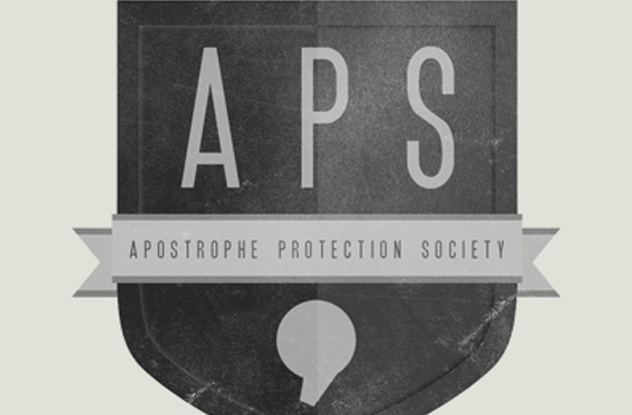 In 2001, retired editor John Richards decided enough was enough. Sick of misused apostrophes, he set up the Apostrophe Protection Society to ensure no one ever mixed up “dog’s mess” and “dogs mess” again. This wasn’t a simple joke. John Richards was deadly serious.

Since its inception, the Apostrophe Protection Society has metamorphosed into a lobbying group that crops up just about everywhere. Thanks to Richards’s good journalistic contacts, the Society frequently appears in the British press and has even been featured on the BBC, an outlet usually reserved for only the biggest, most newsworthy organizations in existence. According to the New York Times, the Society has even developed a “militant wing,” with members vandalizing signs to add or obliterate apostrophes.

So far, the group’s successes have been few and far between. But that hasn’t stopped Richards from being recognized by the Ig Nobel committee “for his efforts to protect, promote, and defend the differences between plural and possessive.”

6The Pedant Who Nearly Annulled A Presidency

Since taking his seat in 2005, Chief Justice Roberts has gone on to become the Supreme Court’s pedant-in-chief. Known as a stickler for grammar, he’s even corrected the songs of Bob Dylan in rulings. But the highlight of his career came in January 2009, at Barack Obama’s presidential inauguration. Instead of the regular “I solemnly swear that I will faithfully execute the office of president of the United States,” Chief Justice Roberts had Obama swear to “execute the office of president to the United States faithfully.”

The original sentence contained a split verb, a construction similar to a split infinitive, which many have theorized the pedantic Justice corrected automatically. While it technically made the sentence grammatically correct, it also raised serious questions about the legitimacy of the transfer of power. Rather than face the embarrassment of a Presidency annulled by a misspoken oath, officials had Obama sworn in again that afternoon—this time, using the correct words. 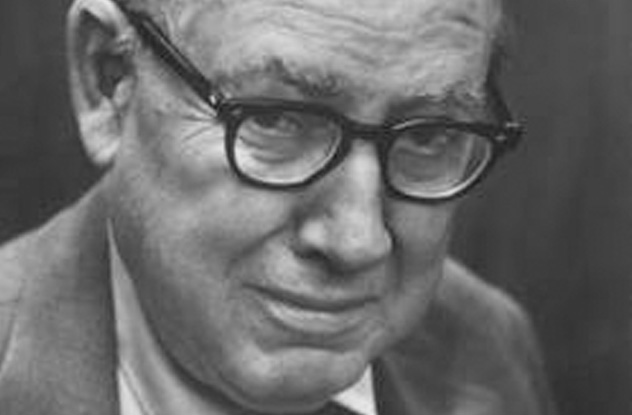 Ads choose taglines that are catchy, not grammatical. One of the most famous examples came from Winston cigarettes. Starting in 1954, the brand advertised itself with the slogan: “Winston tastes good like a cigarette should.” Since “like” is not a conjunction and shouldn’t be followed by a clause, the slogan should technically have read “Winston tastes good, as a cigarette should.”

While plenty of pedants mocked Winston for the mistake, Ogden Nash wrote a poem about it and even managed to get it published in the New Yorker. Called “Like, Unlike,” the poem spelled out exactly how Nash felt about misuse of the word like. In full, his pithy retort reads:

“Like the hart panteth for the water brooks I pant for a revival
of Shakespeare’s Like You Like It.
I can see tense draftees relax and purr
When the sergeant barks, ‘Like you were.’
–And don’t try to tell me that our well has been defiled by immigration;
Like goes Madison Avenue, like so goes the nation.”

To this day, it continues to be cited approvingly by professional pedants as the perfect response to an imperfect commercial.

4The Man Who Tried To Reclaim “Literally”

“Literally” officially signifies that we aren’t using metaphor. Unofficially, it’s become the intensifier of choice for almost everybody. Sports presenters talk about Norwegians being “literally born on skis” or say players “literally (don’t) have a right foot.” For Paul Parry, it was all too much.

A comedian with a point to prove (and the funding to not go bankrupt doing so), Parry set out to literally do things people usually talk about doing figuratively. In 2004, he bought a bike and literally cycled from A (a tiny town in Norway) to B (an even-smaller town in Nebraska)—a distance of 9,000 kilometers (5,600 mi). Subsequently, he literally went to Hell (another small town in Norway) and back, taking care to meet the literal neighbors from Hell. Slightly less impressively, but still showing devotion, he also literally taught an old dog new tricks and literally lost his marbles.

Although his website is no longer updating, Parry ultimately managed to keep his pedantry up right until 2013—nearly a decade after he’d started.

3The Fictional Pedant Who Influenced A Generation 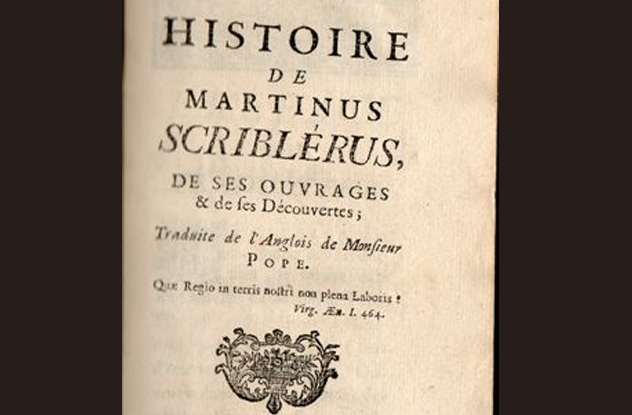 Founded in 18th-century Britain, the Scriblerus Club was possibly the closest our ancestors ever got to a supergroup. Its members included Alexander Pope, John Gay, Thomas Parnell, John Arbuthnot, and Johnathan Swift, some of the best writers alive at the time. From its first meeting in 1713, the Club was dedicated to one thing and one thing only: mocking pedantry. To this end, the members created a fictional pedant called Martinus Scriblerus and set about writing an autobiography for him. It was an endeavor that would last nearly 30 years.

Although he was created to mock “the misuse of learning,” Scriblerus wound up having a direct effect on the course of English literature. At one point in his autobiography, Scriblerus winds up going on a long journey to the “land of giants”—a section that directly led to the writing of Gulliver’s Travels. Another section also led to the creation of The Beggar’s Opera. In fact, the Club’s imaginary pedant grew so influential that Pope even put off his translation of Homer in preference for writing Scriblerus’s adventures. When the book was finally published in 1741, it represented the life of perhaps the most influential pedant to have never lived.

2The Split Infinitives That Nearly Sank A Treaty 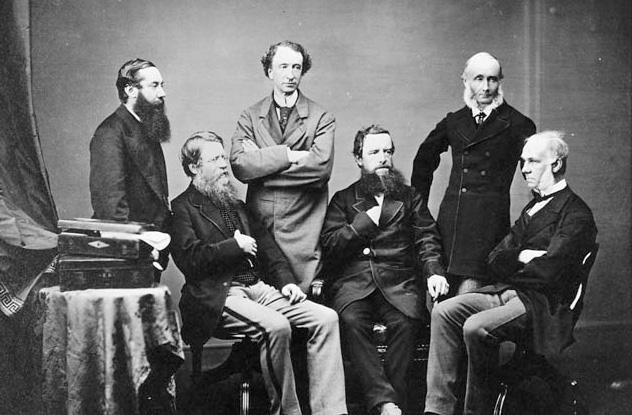 In 1871, British and American diplomats met to hammer out a binding agreement over the countries’ relationship. The US had objected to the UK building ships for the Confederates during the Civil War, while the British were fed up with America invading Canada all the time. Both sides made significant concessions, until the British met an impassable obstacle: a split infinitive.

As the Treaty of Washington was being drawn up, the British government telegraphed with an urgent message. According to biographer Andrew Lang, they declared they would “under no circumstances” sign a treaty that contained a single split infinitive. If the US representatives wanted to stick an adverb between the “to” and the verb (the same reason Chief Justice Roberts removed “faithfully” from “to faithfully execute”), they could find someone else to make a treaty with.

Happily for future generations, the American delegation acquiesced, and the treaty was signed. As a direct result of this, the Canadian border was demilitarized, the north was industrialized, and the US and UK went from being on-again, off-again enemies to new best friends. 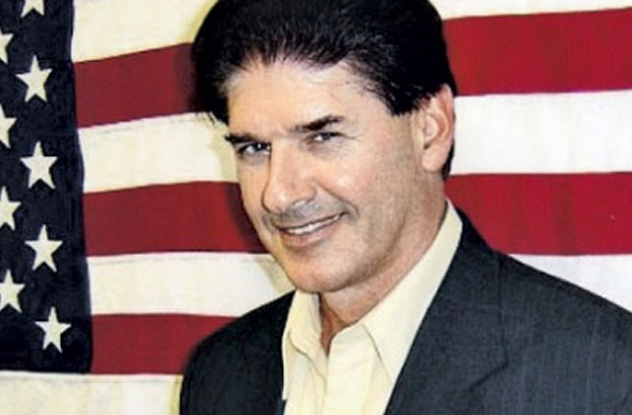 A member of the Sovereign Citizens movement—a group that claims you can act above federal law so long as you say the right words—David Wynn Miller is obsessed with grammar to the point of madness. According to him, our very sentence structures are being used to enslave our minds.

As an antidote to our government-mandated mind-controlling grammar, Miller has invented his own “truth language.” Although part of it is still linked to the Sovereign Citizens movement, such as the claim that adding hyphens to your name gets you out of paying tax, most of it isn’t linked to anything on Earth. Here’s a sample:

As the Committee for Skeptical Inquiry has noted, Miller’s Correct Language “contains the grammatical terms of English, but it does not apply the same grammar.” It’s a deliberate attempt to create an English with no grammatical rules whatsoever. In its own crazy way, that’s almost as impressive as any display of proper pedantry.