While Japan is well known for its wacky cults, there is plenty of room in the rest of Asia for bizarre and occasionally dangerous new religious movements. Many thrived in Korea and Taiwan thanks to unofficial government support during their dictatorship periods, when mainstream religions were associated with the democratization movement. Even in China and Vietnam, where authorities crack down heavily on unorthodox religious practice, cult movement is far from unknown. 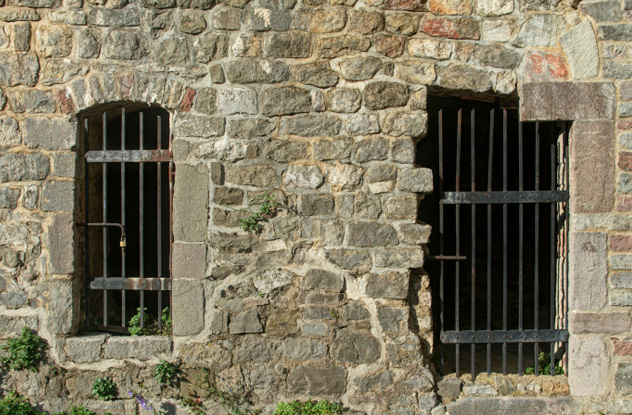 Also known as the Supreme Deity cult, this group attracted over 10,000 members in Hunan province, until leader Liu Jiaguo was unceremoniously sentenced to death in 1999. Liu was a former member of the Established King sect, until he was outraged to discover that its leader, Wang Yangming, was an ordinary human being. Quickly figuring it was a pretty good scam, he created his own personal cult in 1993 by leeching members of the Established King group and claiming to be the “Lord God” himself.

Beginning with a rural base, the cult targeted young people and city dwellers, and Liu used his expanding following to enrich himself and sleep with the female members of his flock. He was eventually charged with embezzling $40,000 from supporters and raping 10 disciples, including two 13-year-olds. An imprisoned Liu readily admitted to being a fraud: “If I were a god, would I be here today?” 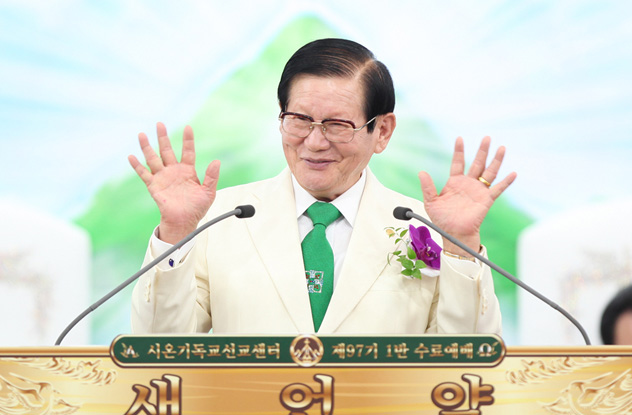 Known as Church of Jesus, the Temple of the Tabernacle of the Testimony, this cult was founded in 1984 by ex-evangelical Lee Man-hee. Shincheonji, translating as “New Heaven and Earth,” claims Jesus is a spirit entity that entered the body of Lee, who now claims unique understanding of the Bible and apocalypse. Lee claims that he is a prophet superseding Jesus, that the world has already ended, that we are all in the afterlife, that he will live forever, and that all other churches are controlled by Satan.

Shincheonji followers are indoctrinated with Lee’s wildly original interpretation of Bible verses and engage in military-style training at night to remain sharp. Apparently, when the number of his followers hits 144,000, they will be possessed by the spirits of martyrs and take over the world.

To get more warm bodies for martyr ghosts, they use tricky methods of recruitment, including the so-called harvester strategy: registering in other churches to take them over from the inside, which has led to some mainstream churches posting warnings on their doors. They target foreigners living in Korea, using attractive women as honey traps. They also organize seemingly innocent peace rallies, fun runs, free Korean classes, and drinking parties through front organizations like Mannam and the International Peace Youth Group. Behind these “funfunfun” events and pretty faces is a cult that preaches destruction for non-believers, run by a prophet accused of tax evasion and sexual harassment of teenagers. 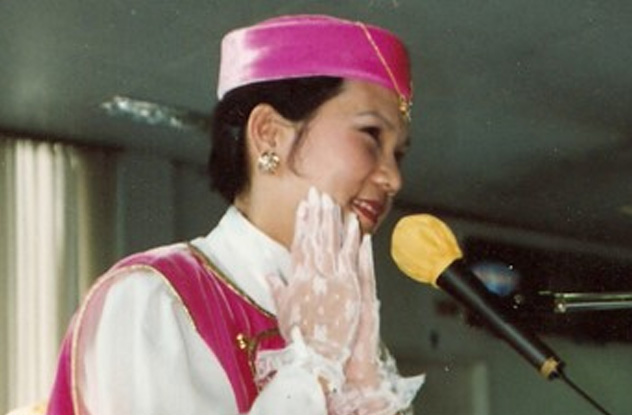 This Taiwanese religious movement was founded by self-proclaimed Supreme Master Ching Hai, who was born in Vietnam. Quan Yin refers to a form of meditation and means “contemplation of the south vibration.” The group meditates on inner light and inner sound to know the mind of God. Quan Yin can also refer to a traditional Chinese goddess of mercy and compassion, whom Ching Hai often dresses to resemble.

The international restaurant chain Loving Hut, likely the largest vegan business in the world, is a front for the cult. Every Loving Hut has a TV permanently tuned to dedicated cult propaganda channel Supreme Master TV. The network broadcasts sermons and cooking shows, complete with a dizzying number of subtitles in various languages on the bottom and side of the screen. Critics claim the restaurant exploits young followers who work for little to no pay while profits go to the cult. Ching Hai appears often on the channel, promoting breatharianism and claiming that meat-eating will lead to the end of the world. 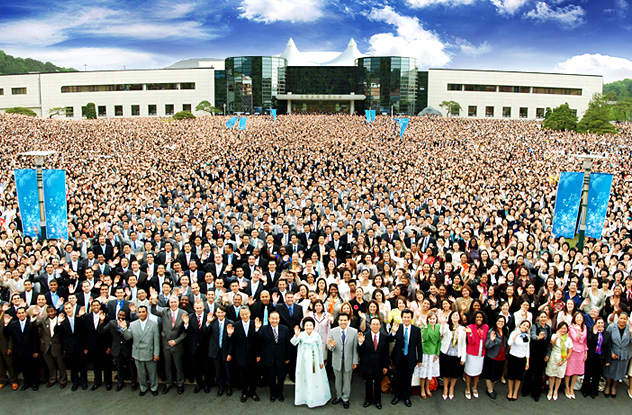 The World Mission Society Church of God believes that a man named Ahn Sahng-hong was the reincarnation of Jesus and a woman named Zahng Gil-jah is the “Mother God” or “Heavenly Mother Jerusalem.” Prospective members are approached in the street and asked, “Do you know God the Mother?” They believe that the earthly family system is a reflection and shadow of a heavenly family system, and it follows that there is a Heavenly Father (Ahn), a Heavenly Mother (Zahng), and brothers and sisters (the rest of humanity).

Despite wild interpretations of Bible verses and straight fabrications, the WMS Church of God believes itself to be the only true church established by God on Earth. They also differ from standard Christian practice in several specific ways, holding Sabbath on Saturday and teaching that women should veil their heads during worship. Critics claim the cult uses brainwashing tactics to destroy families. 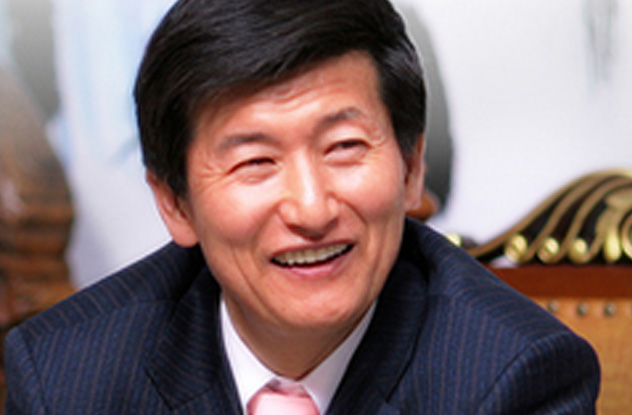 Ex-Moonie Jeong Myung-seok founded this cult centered around purification rituals in the 1970s, claiming Jesus was a failed savior and the true savior was Jeong himself. Preaching that sex with him would purify sins, Jeon slept with hundreds of Korean women. Attractive young people were recruited from elite universities and lured through social clubs, sports tournaments, and Bible study classes serving as cult fronts. They were taken to a huge complex filled with phallic imagery for marathon prayer sessions in front of massive TV screens.

Jeong fled Korea in 1999 after rape allegations surfaced on TV and spent the next decade on the run, raping more women through his cult in Japan, Hong Kong, and Taiwan. Arrested in China in 2008, he was sentenced to a six-year prison term in Seoul. His followers don’t see much of a problem though, noting that “Jesus was persecuted, too.” 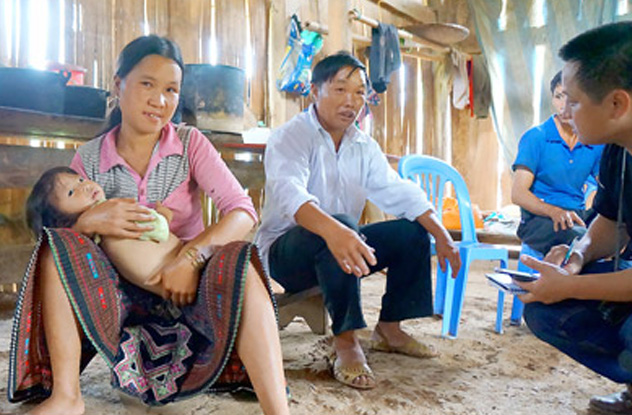 The officially atheist Vietnamese government has a long history of oppressing the Christian Hmong minority, but this oppression has also led to the birth of strange new religious movements, such as the Vang Chu sect in Muong Nhe district, Dien Bien province. The Vang Chu (“Lord of Heaven”) movement follows purported messiah Zhong Ka Chang, also known as Tu Jeng Cheng (“the important one”). Chang was said to perform miracles and preached for the foundation of a Christian Hmong state.

Large gatherings of his separatist supporters, as well as supposed links to fiery US radio preacher Harold Camping (notable for incorrectly predicting the end of the world multiple times), led to the 2011 government crackdown on the movement by local security forces. Vietnam People’s Army reinforcements dropped in by parachute. The government accused the Hmong of drug-smuggling, land theft, environmental destruction, and subversion against the government. The authorities used chemical weapons and bayonets to disperse the Hmong, beheading some of the leaders and forcing many followers to flee into Laos or Thailand.

The movement remains in existence, waiting for the coming of a divinely inspired Hmong King and teaching impoverished followers that prayer will entice angels to bring them food, money, and medicine. 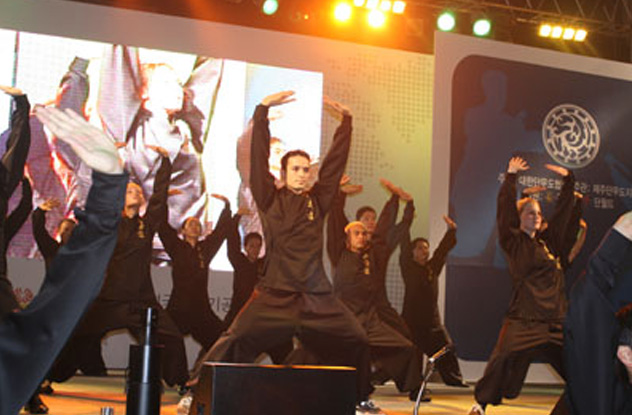 Operating over 160 yoga and tai chi centers in Korea and around the world, Dahnhak was founded by Lee Seung-heun, who calls himself Ilchi, meaning “finger pointing toward the truth.” Claiming supernatural powers, he teaches a “brain respiration” process to achieve spiritual enlightenment and natural healing through tai chi exercises, massage, and meditation.

Over the course of the program, however, it becomes increasingly expensive to attend enlightenment retreats and workshops and to purchase healing products and books. Devotees sometimes spend thousands of dollars. The cult even issues its own Dahn credit cards so devotees can be enlightened now and pay for it later. This is combined with a practice called “love bombing,” in which Dahnhak instructors offer positive reinforcement and counseling advice.

At the same time, the cult preaches conformity using manipulative sales tactics and brainwashing, claiming knowledge is gained through physical pain. Critics of the cult are threatened with violence and retaliation against their families. The cult, which has also spread to the US, has been accused of everything from sexual assault to making practitioners drink toilet water as part of their training. 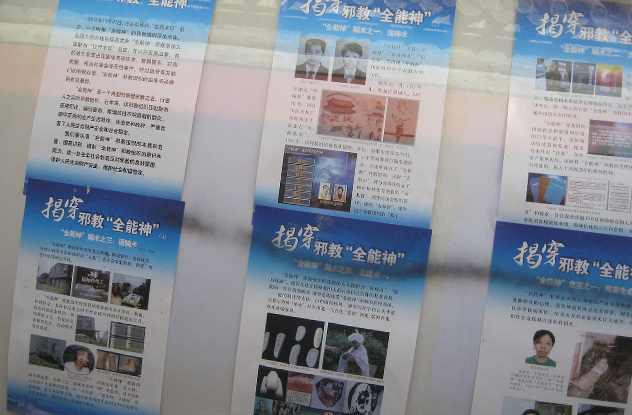 Founded 25 years ago by former physics professor Zhao Weishan, who fled to the United States in 2001 claiming political asylum, the cult has grown with an aggressive recruiting drive aimed toward housewives and underground Christian congregations. They use money, gifts, and sexual favors to attract converts and then demand donations.

Along with complete obedience to Mrs. Yang and pressure to abandon their families, the cult claims the Communist Party is “the Great Red Dragon” and encourage the killing of party members “possessed by its spirit.” Accused of multiple violent attacks, cult members stabbed a young boy in 2010 when his uncle tried to leave the cult.

In May 2014, members of the cult beat a woman to death in a Shandong McDonald’s for refusing to hand over her phone number. Bystanders were warned to stay away, but the brutal attack was still caught on cell phone cameras. One of the attackers, Zhang Lidong, was remorseless. “I beat her with all my might and stamped on her, too,” he said. “She was a demon. We had to destroy her.” 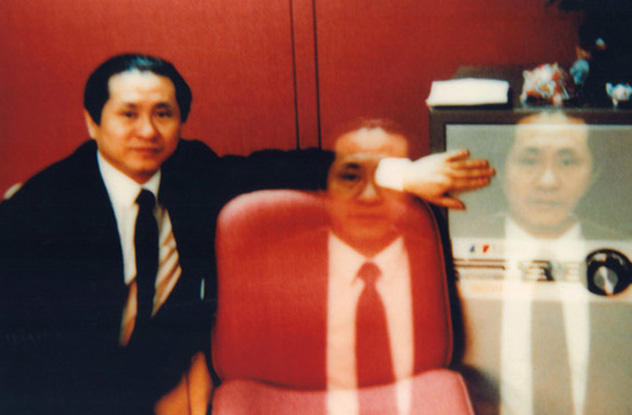 This group is centered on religious leader Sung Chi-li, who claims to possess miraculous powers and the ability to create a spiritual doppleganger of himself that can appear anywhere on the planet. To prove the veracity of his claims, he’s produced photographs of himself floating above various landscapes, surrounded by rainbow colors and a nimbus of light. He sells these to his followers to fund a lavish lifestyle and real estate purchases. Sung claimed the photos were proof of “true-form realities,” manifestation of the inner Nirvana within human beings.

In 1996, he was accused by the government of swindling his followers with obvious trick photography doctored with basic computer editing and then absconding with 3 billion Taiwanese dollars (almost $100 million). He was subsequently released after the High Court ruled his religious activities were protected under the Constitution.

Sung has controversial links to both organized crime and the Democratic People’s Party. In 2005, he claimed to have taken DPP politician Frank Hsieh on a “spirit tour” of Paris through astral projection. Hsieh neither confirmed nor denied the claims. In 2004, Sung opened a “divine photo booth” in Kaohsiung to display his works. 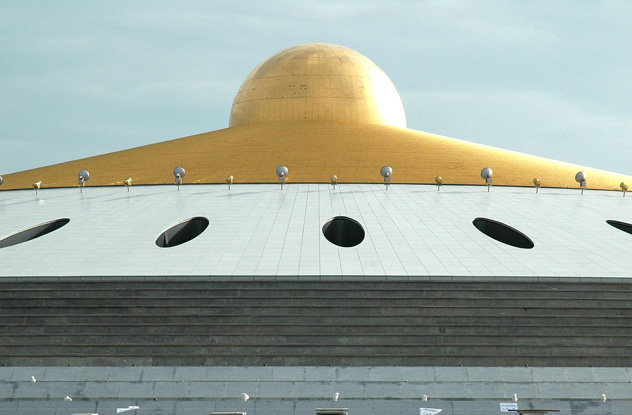 This movement, accused by traditional Theravada Buddhist clergy of commercializing enlightenment, has grown rapidly over the last few decades. It is centered on the massive Cetiya temple in Mingkok, a UFO-like dome made up of 300,000 bronze Buddha statues coated in gold and titanium. There, abbots lead mass prayers of tens of thousands of participants.

The cult appeals mainly to the rising middle class dissatisfied with the “idol worship” and “magic” taught by the traditional Buddhist hierarchy, but it also reaches the royal family and members of the government. Combining ancient teachings with modern management and fundraising techniques, it has been criticized for immoral financial shenanigans, heretical teachings, false miracles, and a cult of personality around leader Phra Dhammachayo.

Dhammachayo, his temple, and international Dhammakaya foundations have an estimated worth of $1.9 million in assets, leading some to accuse him of embezzlement and ripping off his followers. In 2012, a Dhammakaya abbot made headlines by claiming to know the current whereabouts of Steve Jobs, apparently reincarnated as a mid-level angel in a parallel dimension.

David Tormsen has never claimed to be Jesus and usually tries to keep his inner Nirvana to himself.