Our world is so fraught with men tearing down innocent lives, claiming to act on the will of God, that when two people from different religions help each other, it makes the news. We view a Christian helping a Muslim or a Muslim helping a Jew as something so unusual that it’s considered out of the ordinary.

It wasn’t always supposed to be this way, though. Peace is a tenant of every major religion. There are moments in history when members of the world’s religions have stood up and sworn to keep those who are faithful to another god safe and free. 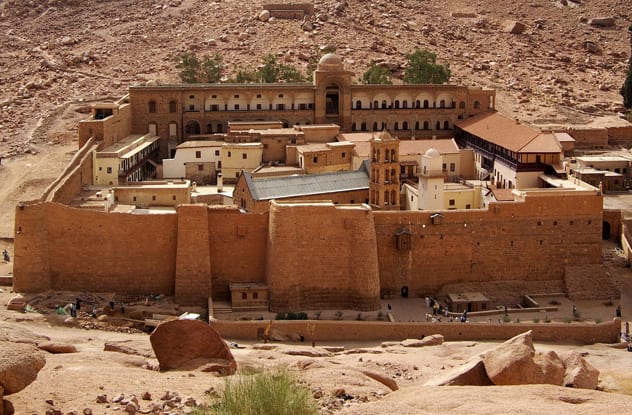 Saint Catherine’s Monastery has something unique: a contract promising to protect them—written by Muhammad.

Muhammad held a good relationship with the monks there and in AD 626 wrote up document swearing an oath to keep them safe from his follower’s attacks. “No one shall molest them,” the founder of Islam promised. According to the document, Muslims are also not to tax the church, and they are to share crops with them whenever they have enough.

The contract goes beyond just protecting one church. In it, Muhammad promises to protect “the Christian nation” on the whole, “whosoever they may be, whether they be the noble or the vulgar.”

“Whosoever of my nation shall presume to break my promise and oath,” Muhammad wrote, “destroys the promise of God.” 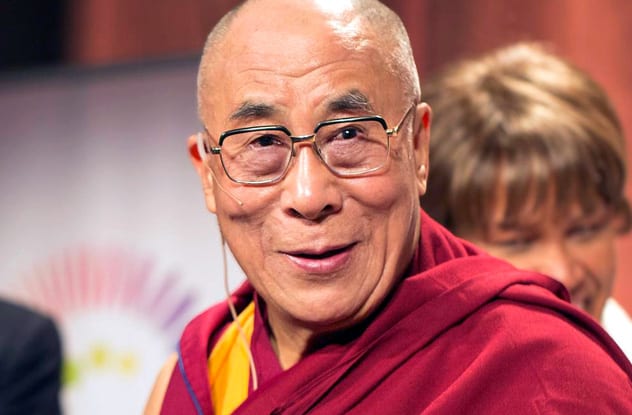 In 2014, an outbreak of violence against Muslims spread across Myanmar and Sri Lanka. These were countries that were primarily Buddhist, and when news of terrorist attacks spread, the people got frightened—and got violent. 250 Muslims died, and another 140,000 were chased out of their homes.

The Dalai Lama himself spoke out against the Buddhists’ actions. “Before [you] commit such a crime,” he told the people of the two nations, “imagine an image of Buddha.” The Dalai Lama explained that no part of Buddha’s teachings or life condoned these attacks.

Instead, the Dalai Lama urged followers of the faith to take up action to protect their Muslim neighbors from other Buddhists. This, he said, was what Buddha would do if he was in the middle of a riot—and the way a Buddhist should live.

8Sikhs Are Required To Defend The Rights Of Other Persecuted Religions 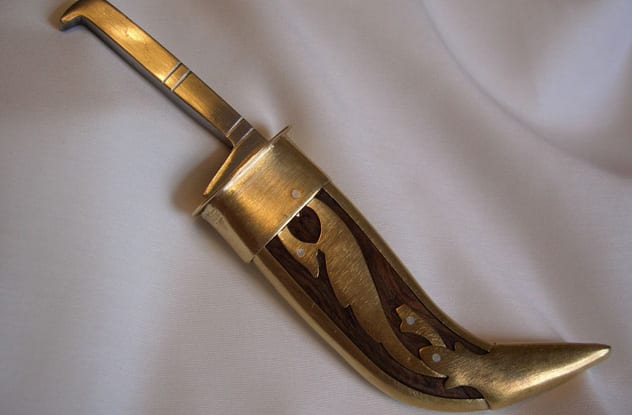 The Sikh religion is often misunderstood. More than a few people have confused Sikhs with Muslims, writing off all non-Christian religions as “turban-wearers” in a tone of distaste.

The Sikh turban, though, is part of a remarkable set of rules. It is a one of five rules called the kakaars—symbolic articles that Sikhs are to keep with them to remind them of their baptismal vows. Those vows show an extraordinary commitment to helping other faiths.

One of them requires Sikhs to risk their own lives to defend others against oppression—including oppression against other faiths. Sikhs are to carry a sword called a kirpan at all times to remind themselves of their commitment to help anyone who is in need. They’re not allowed using it to attack. It’s only to be used to defend oppressed people when all other means have failed.

Brandeis University was started as a private, Jewish institution, and to this day still has Hebrew writing on their crest. They do not, however, exclude other religions—and have one of the most remarkable ways of showing respect to other faiths.

The university is home to three different chapels, one Jewish, one Catholic, and one Protestant. The three buildings are built quite close to each other, but they’re designed to be as equal as possible.

All three chapels have nearly identical designs. Each one has a floor-to-ceiling window, all facing the same pond, planned so that the best view is shared by all three faiths. Most remarkably of all, though, is that the buildings were planned to make sure that no chapel would ever cast a shadow on another—symbolizing peace and equality between the three faiths.

6When Muslims Conquered Jerusalem, They Invited Jews To Live With Them 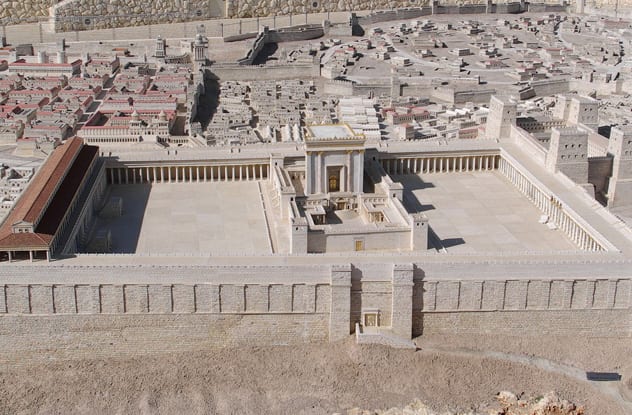 In 629, Jerusalem was captured by the Christian Byzantine Empire. These rulers were harsh to their Jewish subjects. They persecuted them brutally, ultimately sending them out of their ancestral home and denying them permission ever to return.

That changed, though, about 10 years later—thanks to a Muslim army. The Muslims laid siege to Jerusalem, took it from the Christians, and conquered the city. When the Christians surrendered, they were still so determined to keep Jews out that they made it a condition for their surrender—but the Muslims ignored it.

As soon as Jerusalem was under Muslim rule, Jews were invited back in. They were granted freedom to follow their own religion and a place on the Mount of Olives designated for Jewish prayer meetings and holiday celebrations.

The relationship between Jews and Muslims in Jerusalem wasn’t perfect, and it got worse over time—but the Muslims never kicked the Jews out, and the two faiths still lived together until Jerusalem was lost in the Crusades.

5Mormons Keep A Storehouse To Feed Needy People Of Any Faith 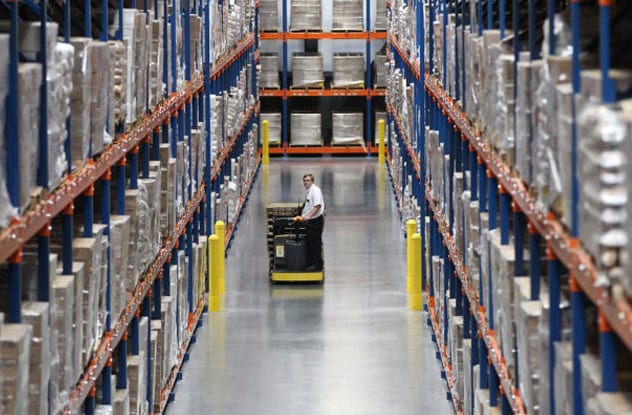 Mormons are prepared for anything. Members of the religion are expected to keep a three-month supply of food stockpiled at all times, just in case of an emergency—and the church does the same. The Church keeps a 50,000 square meter (500,000 ft2) warehouse ready at all times in case of a disaster.

Those disasters, though, aren’t just ones that affect Mormons. The warehouse is put to use when a disaster strikes anywhere in the world. The Mormons use it to send out aid to victims in need, regardless of their faith.

It’s used every day, too. Food from that warehouse and others like it are sent to 142 Mormon operations around the world that feed the hungry.

4Sikh Gurdwaras Offer Free Meals To Members Of Every Faith 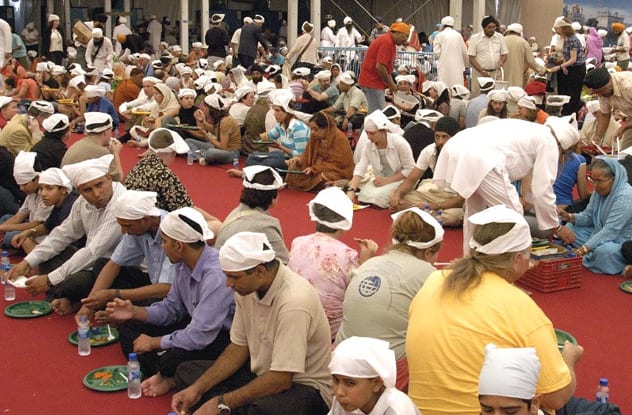 The Sikh religion employs a langar—a kitchen designed to feed hungry people in need. Free meals at langars are prepared by volunteers and are served to everyone, regardless of their race or religion.

The biggest langar is at The Golden Temple, a Sikh shrine that serves 100,000 people every day. The temple goes through 1.5 tons of soup daily and take hundreds of millions of dollars to run, money the temple raises through donations that are put to use to help everybody. 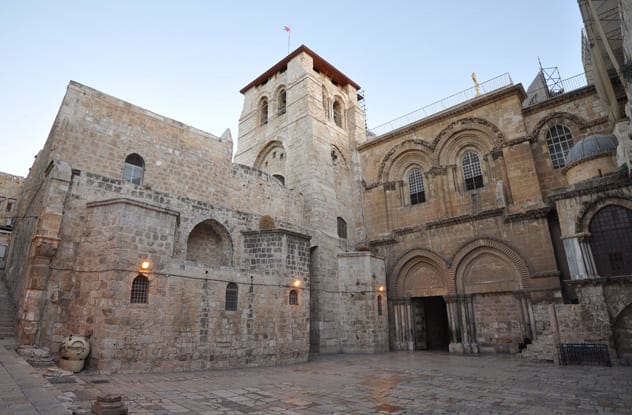 The Church of the Holy Sepulchre is one of the most significant places a Christian can visit. It’s built on the place where Jesus is believed to have been crucified and entombed, making it not just a church but a site for a key moment in the religion’s history. Thousands of Catholics travel to Jerusalem just to see it, and when they do, the doors are opened by a Muslim.

Since 1517, a Muslim family has held the key to the church. The family signed a contract swearing to keep it safe, and they’ve followed it ever since. Another Muslim family is tasked with opening and closing the doors, and they take the key in the morning and let the Christians in.

The tradition was started to promote peace and unity between the two faiths, which have often been at war. For 500 years, these families have passed the responsibility from generation to generation, each Muslim father teaching his son his role in helping the Catholic faith. 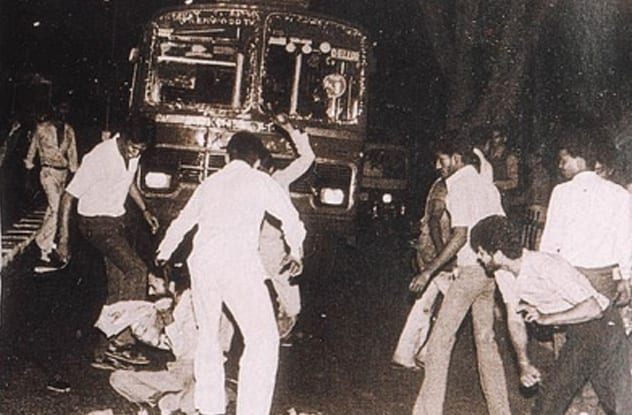 In 1984, the Prime Minister of India, Indira Gandhi, was assassinated by a Sikh bodyguard. The people of India were furious. Riots broke out, and Sikhs were dragged from their homes and killed.

Other Hindus, though, took a stand. When the country erupted in chaos, many Hindus brought their Sikh neighbors into their homes and sheltered them.

By the end, more than 600 Sikh lives were saved by the actions of their Hindu neighbors.

1Baha’i Temples Are Open To People Of All Religions 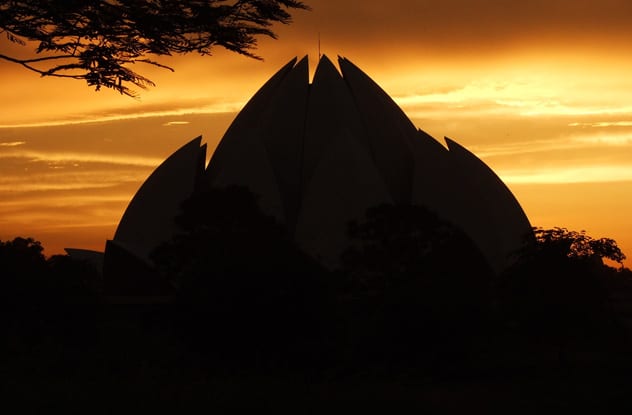 For all the division that exist between religions, the Baha’i (an offshoot of Islam) embraces other faiths completely and unequivocally. This “world religion” believes “all the prophets of God proclaim the same faith.”

In a Baha’i house of worship, people of all religions are invited to worship their own gods. The temple is meant to bring people together rather than to encourage division, and so all prayers and forms of meditation are permitted within, without exception.

Sermons and speeches are forbidden, but members of the faith can read holy texts aloud. The religion doesn’t just limit its people to reading its own scriptures, either—people in their churches read from any text their religion considers holy. 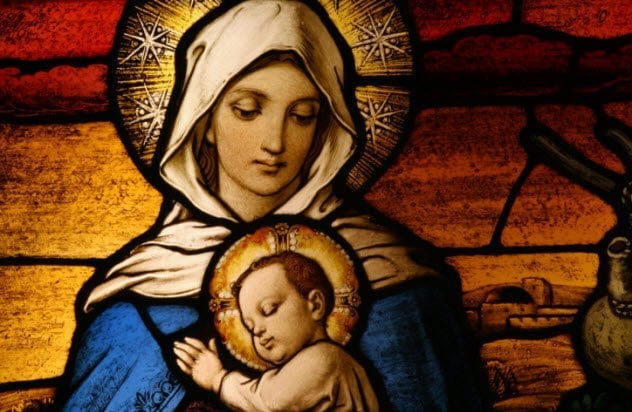 If only the examples here set the standard for all followers of various faiths! Alas that is not the case and wars of religion still occur time and again. Here are a few more lists to keep you entertained on the topic of faith, religion, and God.