From superheroes getting creepy to characters being written as offensively as possible, the comics industry is no stranger to causing outrage. Some comics manage to offend people without even trying, with readers responding in the dumbest way possible. 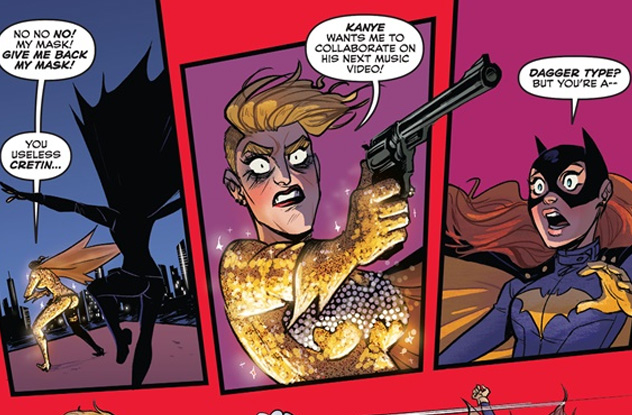 Since the New 52 line rebooted DC’s internal continuity, Batgirl has become known as something of a progressive hero. Under Gail Simone, the comic introduced a positive transgender character and took an incredibly relaxed attitude to all things LGBT. It also approached storylines with a youthful, campy vibe with villains like Dagger Type, a Batgirl doppelganger who dresses glamorously and namedrops Kanye West. When the new writers came to unmask Dagger Type, they revealed that the character is male. Batgirl reacts with shock, and Dagger Type suddenly shows new villainy.

Although it seems Dagger Type was intended to be a parody of self-important performance artists, the reveal still angered some people. Readers saw the evil man in a wig as a throwback to outdated transgender stereotypes. Others felt betrayed at the change in direction. Still others thought it was a funny piece of camp and couldn’t see what the fuss was about. Nonetheless, the creative team acknowledged the negative reaction. A few days after the issue premiered, they issued an apology.

9Sam Wilson Seemingly Has Sex With A Minor 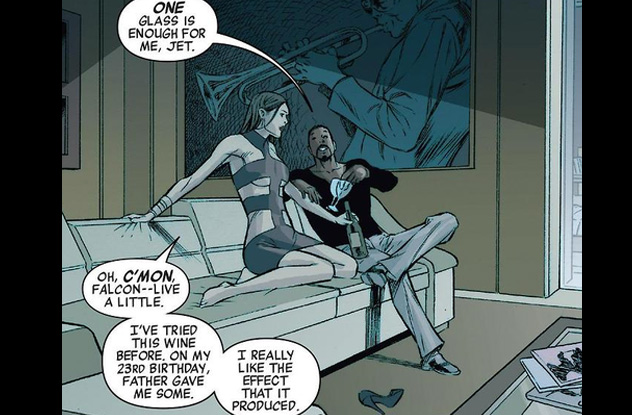 Captain America No. 22 featured a scene where Sam Wilson (aka Falcon) sleeps with Jet Zola, a superhero who’d recently spent 12 years living in Dimension Z. Jet was described as just an infant when she went off to Dimension Z. Fans did the math and wound up feeling severely grossed-out.

In the resulting furor, columnists called for writer Rick Remender to be fired and for Marvel titles to be boycotted. They’d forgotten that superhero comics sometimes have very complicated timelines.

Thanks to her time in Dimension Z, Jet had aged much faster in 12 years than the other characters. In the comic’s internal timeline, she was now in her mid-twenties, making a dalliance with Sam Wilson her business and nobody else’s. Remender revealed this with a reference to Jet’s 23rd birthday.

8The Anti-Extremist 99 Get Mistaken for Extremists 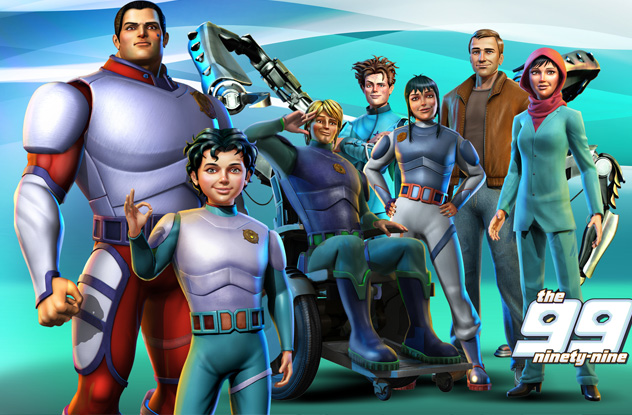 In 2006, Kuwaiti comics publisher Teshkeel Media premiered The 99. Featuring 99 Islamic superheroes who join forces from all over the world, it quickly became immensely popular, spawning an animated TV series, theme park, and movie. Four years later, it even got an official crossover with DC Comics, in issues featuring Batman, Superman, and Wonder Woman. But when the animated series finally came to the US, not everyone was happy. Several organizations called for it to be banned, claiming it was intended to indoctrinate children into hard-line sharia beliefs.

Naif Al-Mutawa had actually dreamed The 99 up specifically to tackle Muslim extremism. According to a PBS interview, Al-Mutawa got fed up with the cult of suicide bombers and jihadists in the West Bank and decided to create some moderate Muslim heroes for local kids to believe in. He even modeled one of the biggest villains on Osama Bin Laden—a move that later got him marked for assassination by ISIS. 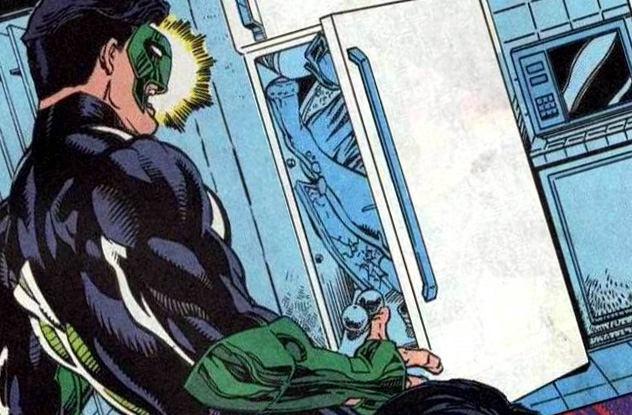 Back in the 1990s, Green Lantern–replacement Kyle Rayner was in need of some tragic backstory. Like Batman seeing his parents get killed, DC gave Rayner a gruesome reason for fighting the good fight. The decision spelled the end for Rayner’s girlfriend Alex DeWitt.

After appearing in only a handful of issues, DeWitt found herself being interrogated by Major Force about the identity of the new Green Lantern. One thing led to another, and before readers knew what was happening, Major Force had murdered DeWitt, chopped up her body into tiny pieces, and stuffed her in Rayner’s fridge.

Plenty of readers were exceedingly angry by what they saw as yet another example of a female character being made to suffer purely as a plot point. The issue even caused future Batgirl writer Gail Simone to coin the term “women in refrigerators” as a way of calling out this cliche. When she posted a list of over 90 female characters who had suffered similarly gruesome fates to her website, the term stuck. Even today, it’s still far from uncommon to hear the phrase getting used to describe a similar storyline. This was likely the last outcome the writers were expecting from their brutal twist.

6The Fate Of All The Black Kryptonians 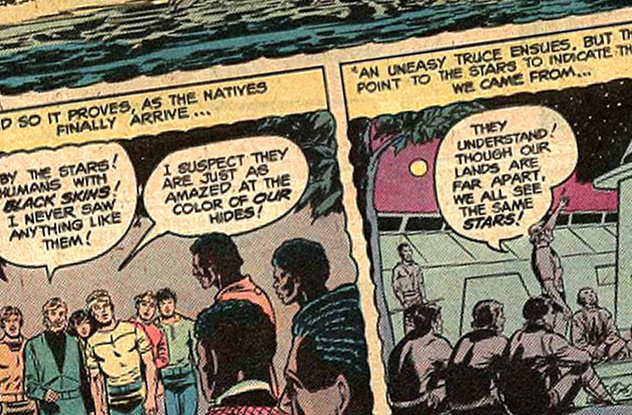 Although it was famously blown to bits when Superman was just a kid, the planet Krypton is still seen fairly frequently in the comics, as are its inhabitants. When the New Krypton storyline ran in 2009, it featured over 100,000 Kryptonians arriving on Earth as refugees. This highlighted something that had never previously seemed an issue: the lack of non-white Kryptonains seen over the years. When fans did some digging, they found the fate of black Kryptonians had been answered way back in 1971. They’d all been sent to live on a separate island.

Issue No. 239 was a special “giant” edition that came with a bonus map of Krypton. Included on the map was Vathlo Island, complete with the legend “Home of a Highly Advanced Black Race.” Those who read on would have discovered Krypton’s black inhabitants had “retained their independence throughout history” and not joined the planetary federation.

Although Superman No. 239 passed unremarked at the time, it caused a minor ruckus when the information remerged. Mainly, it just made everyone involved feel incredibly embarrassed. 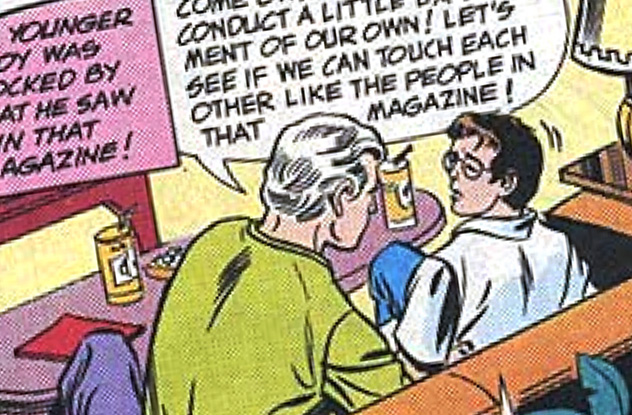 As part of their massive PSA comics drive, Marvel released Spider-Man and Power Pack in 1984. Its purpose: to teach kids all about the horrifying reality of sexual abuse. But this wasn’t just some slick story about Spider-Man punching a pedophile into repentance. Instead, the writers had Peter Parker reveal that he’d been molested.

The story revolves around Spidey trying to help an abused kid pluck up the courage to talk to the authorities. As part of his pep talk, Spider-Man mentions that he used to have an older friend called Skip. At some point, Skip showed young Peter Parker a porn magazine he had lying around and got Peter to touch him “like the people in that magazine.” Young Peter worked up the courage to tell his aunt and uncle, and in the end, everything worked out. The story ends with the abused boy following Spidey’s advice, and Peter realizes that talking about his experiences has helped him overcome a dark chapter in his past.

While most fans accepted Spider-Man talking about serious issues, Power Pack made them livid by casually rewriting Peter Parker’s backstory in such a way. Even worse, the incident was never mentioned again in any media, despite being an official story line. 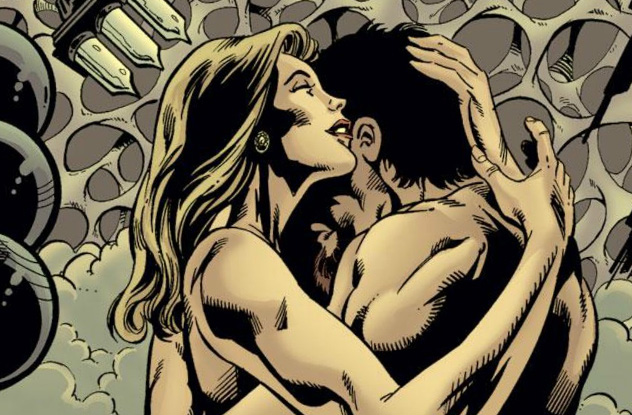 In 1980, Marvel’s The Avengers reached its milestone 200th issue. To mark this momentous event, the writers decided to pull out all the stops and write the most epic storyline in Marvel history. It would be a dimension-crossing love story that referenced Shakespeare, ancient myth, and modern sci-fi. The grand celebration would feature the very best of the Marvel universe.

It would also feature Ms. Marvel getting raped.

The notorious storyline starts with Ms. Marvel becoming pregnant and giving birth in a mere three days. Her son, Marcus, then grows to become an adult male in no time. That’s when things get sticky. Marcus reveals himself to be son of villain Immortus, from an alternative reality called Limbo. Trapped in Limbo after his father deserted him, Marcus decided to escape to Earth by impregnating a human woman, allowing him to be reborn in our reality. The woman he chose was Ms. Marvel, and the method he chose to impregnate her was mind control.

In their efforts to write an unusual love story, the writers accidentally wrote one where Ms. Marvel gets assaulted while under the cosmic equivalent of Rohypnol. They then had her fall in love with her son/rapist. The comic caused so much outrage that Marvel were forced to write a special storyline just one year later undoing all their damage. 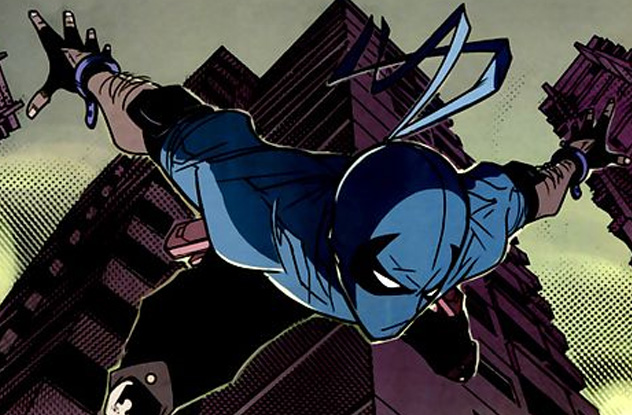 One of Grant Morrison’s big contributions to Batman lore was the creation of Batman Inc. A global crimefighting network with substitute Batmen chosen from all over the world, it featured members from Britain, Australia, and Japan. When writer David Hine came to extend Morrison’s concept to France, he dreamed up the parkour-loving Nightrunner. He named his alter-ego Bilal Asselah and decided he came from a French-Algerian family.

Critics felt that DC had shoehorned in a Muslim character just to be politically correct. In their eyes, Catholic France could just as easily been represented by a Christian crime-fighter. Some went even further, claiming that Nightrunner was intended to push a Muslim extremist agenda.

The reaction caused a counterreaction on the other side of the political spectrum. Supporters of Batman Inc.’s new recruit responded by saying French Muslims were every bit as French as their countrymen and accused the anti-Nightrunner set of racism. Others pointed out the storyline dealt with these issues head-on, and those who read it would understand Hine’s choice perfectly.

2Uncanny Avengers And The ‘M Word’ 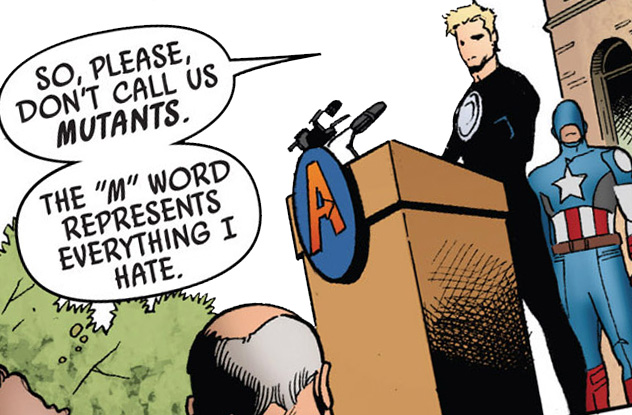 For decades, Marvel have been using their superheroes as an allegory for oppressed minorities. The X-Men have, at different times, been deliberately used to parallel the civil rights and gay rights movements. In 2013, Uncanny Avengers No. 5 even included a direct nod to this heritage when Havok made a speech concluding with the words: “Please don’t call us mutants. The ‘m’ word represents everything I hate.” Writer Rick Remender later claimed Havok was trying to make people “stop seeing a mutant and start seeing a person.” Not many readers saw it that way.

Many read the speech as an explicit rejection of minority identity. By discarding the term “mutant” and not replacing it with anything else, they felt that Havok was rejecting not just his heritage but the idea of any minority heritage. Because of the way Havok’s speech was worded, it seemed as if the writer was encouraging assimilation rather than the celebration of different identities. He only added to the controversy when he told complainers to “drown yourself in hobo piss.” 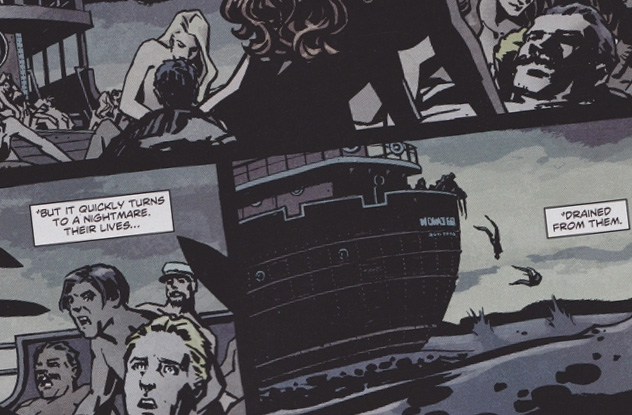 Wonder Woman is unique for a golden age hero, in that she’s both female and an unbelievable ass-kicker. Her creator, William Moulton Marston, publicly stated he conceived the character as “psychological propaganda for the new type of woman who should, I believe, rule the world.” Part of her feminist backstory has always been that she was raised by Amazons in a culture focused on positive female empowerment. Then the New 52 range came along and the writers made her origins grittier. This included making changes to the Amazons that outraged fans.

In the new version, Wonder Woman’s Amazonian culture sells its unwanted boys into slavery or kills them if no buyer is available. It’s also revealed that Amazons get pregnant by sleeping with human sailors, who they then murder and dump at sea. For fans, this was a betrayal of everything Wonder Woman stood for. While the writers were simply trying to make their story lines mirror Greek myths, many readers felt they were presenting feminism as about nothing more than oppressing and hurting men. Despite that not being their intention, they still managed to anger a lot of people.