The roots of American racism run deep. The country’s troubled history of infighting over the ideal that all men are created equal has often clashed with the harsh reality of life for people of color.

Racial prejudice has always haunted the United States, and it continues in many corners of the country today. Although the conclusion of the US Civil War and the ratification of the Thirteenth Amendment abolished the institution of slavery, individual states remained free to write their own brutally racist laws (aka “Jim Crow laws”).

Here are 10 disturbing facts about the Jim Crow era in the United States. 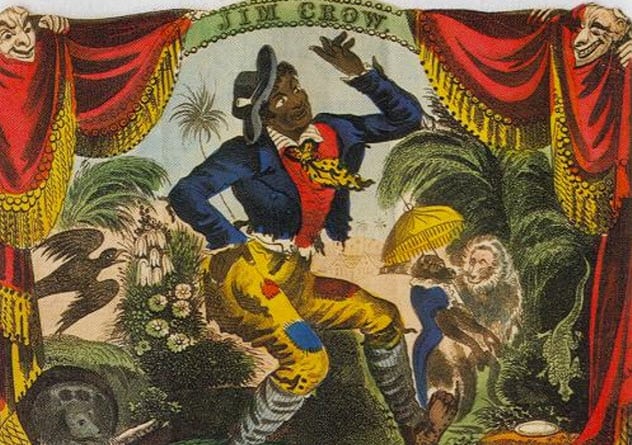 The history of Jim Crow laws dates all the way back to the early 1800s when slavery was still legal in the United States. In Jump, Jim Crow, a bizarre stage show that debuted in 1828, Thomas Rice created what he and his audiences thought of as comedy. Rice painted his face black and performed with the supposed gestures and mannerisms of African Americans.

Though stage actors had appeared in blackface before Rice, he popularized the genre in the 1830s and had a disgustingly cultish level of success with it. The name of the show came to represent the patently racist laws and practices that developed a century later.

In 1852, Harriet Beecher Stowe wrote the book Uncle Tom’s Cabin, which carried an anti-racist, antislavery message and even featured a character called Jim Crow. In an ironic twist, Rice ended up performing in blackface in stage adaptations of Uncle Tom’s Cabin, which were unfaithful to the novel and delivered a racist message that mocked African Americans.[1] 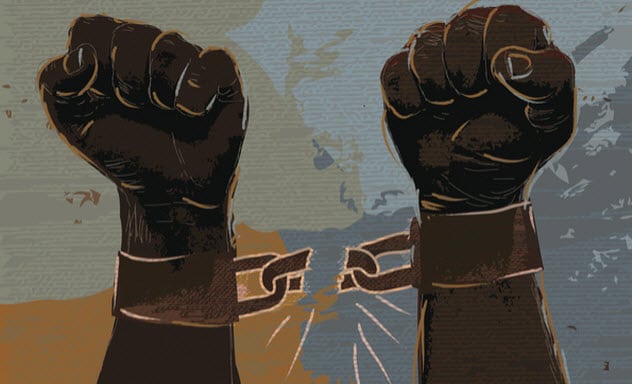 After a long-drawn-out civil war, the federal government made slavery illegal in the United States on December 18, 1865. At that time, Secretary of State William Seward verified the ratification of the Thirteen Amendment to the US Constitution. At least three-quarters of the then 36 states had to vote in favor of ratifying the amendment to abolish slavery across the country.

Twenty-seven states ratified by December 6, 1865. Five more voted in favor by the end of January 1866, and Texas assented in February 1870. However, three states held out until the 20th century. Delaware ratified the amendment in February 1901, Kentucky in March 1976, and Mississippi in February 2013.

Mississippi had actually voted in favor of the amendment in March 1995. But they didn’t send the required paperwork to the National Archives to make it official until 2013 due to a clerical oversight.

After the Thirteenth Amendment was formally ratified in 1865, there was a brief intermission in systemic racism. But it took less than 20 years before many Democrat-dominated state and local governments, primarily in the South, began enacting laws to mandate racial segregation. These came to be called “Jim Crow laws.”

In this long, painful period of US history, slavery was officially abolished but overt racism at the hands of the law was not. The grim period of Jim Crow had begun.[2] 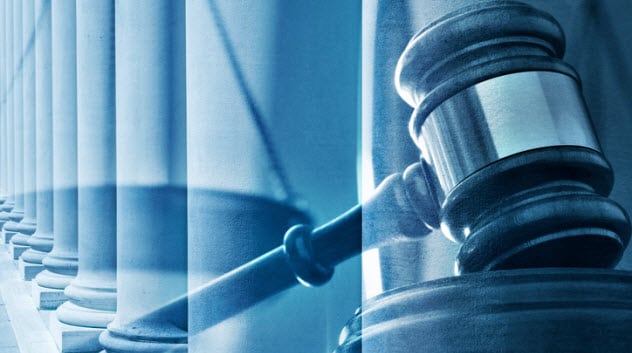 The act would have stopped Jim Crow laws by prohibiting racial segregation. Unfortunately, it wasn’t long before the US Supreme Court ruled that the Civil Rights Act of 1875 was unconstitutional. Although the Thirteenth Amendment abolished slavery, Congress did not have the authority to regulate private persons or corporations under the Fourteenth Amendment.

Nevertheless, the Civil Rights Act of 1875 shows that many people in the 19th century wanted to abolish racial discrimination under the law. 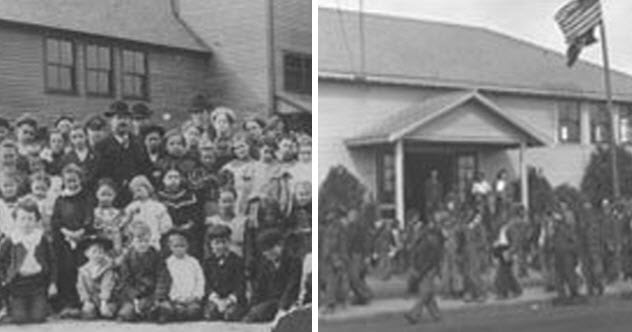 Tennessee didn’t even have a recovery period before its racist ways became law. As early as 1866, shortly after the end of the US Civil War, Tennessee passed its first Jim Crow law.

Initially, the state created separate schools for white children and black children. In 1870, Tennessee banned interracial marriage. Then, in 1875, they legalized racial discrimination via private businesses, saying that hotels and other private enterprises could refuse service on the grounds of race.

Shortly thereafter, the infamous “Whites Only” signs began appearing in front of many public establishments. The tragic fact of segregation had just become a reality for the people of Tennessee.[4] 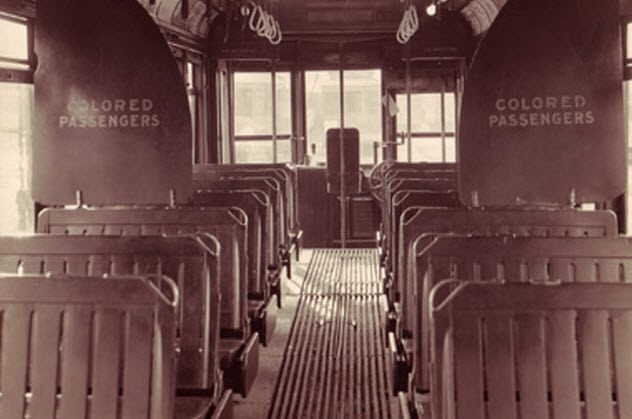 Alabama was another Southern state which almost immediately adopted Jim Crow laws after the end of the Civil War. In 1867, they banned interracial marriage. Fines ranged as high as $1,000, which was an exorbitant price to pay in those days.

Several years later, the state passed a law that made black and white children attend separate schools. In 1891, with limited exceptions, railroads were required to have separate cars for black and white passengers.[5]

As more laws were enacted, bus stations soon had separate waiting areas and ticket windows for black and white people. Bathrooms were segregated by skin color, and white female nurses weren’t allowed to tend to black male patients. It was even illegal for people of different races to play a game of pool together. 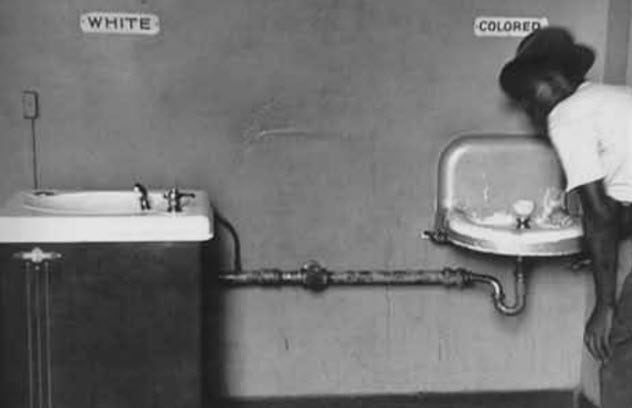 The Jim Crow laws that segregated schools, businesses, railways, and more became increasingly oppressive and bizarre as time went on. By the 1930s, it seemed like anything that even implied that blacks and whites were equal was made illegal.

Black men were not allowed to touch white women in any way without risking a charge of rape, even for common gestures as harmless as a handshake. A black man could not offer to light a cigarette for a white woman without being accused of making a romantic overture. This would also land black men in legal trouble.[6]

Even after the Civil War and the freeing of the slaves, African Americans were still treated as second-class citizens. 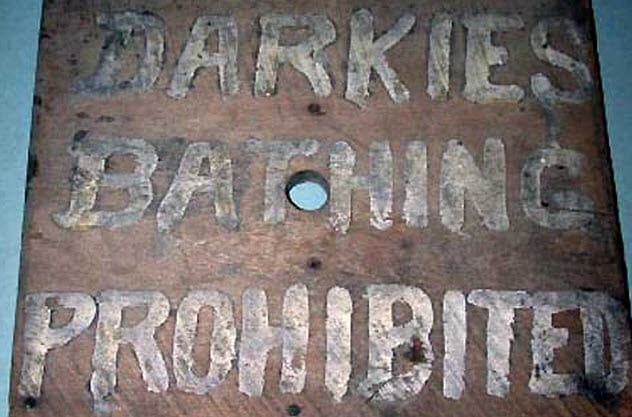 Racial discrimination during the Jim Crow era wasn’t confined to the South in the United States. Many photos exist of signs from Northern states establishing their own segregation laws, disallowing whites and blacks from enjoying the same public accommodations.[7]

Black people were not the only ones who experienced such discrimination. During World War II, Japanese Americans were segregated especially harshly.

By the 1940s, it was illegal in Alabama for white and black people to play games together that involved dice, checkers, dominoes, or cards. It was also unlawful in some areas for white people to sell their homes to people of color, and these laws could be quite detailed. 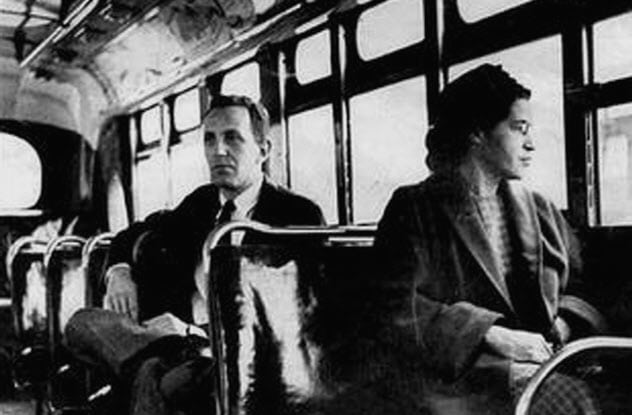 In the 1950s, attitudes began to change. Support groups and organizations formed in the 1930s and 1940s openly pushed for an end to the Jim Crow era. The “separate but equal” decision of the US Supreme Court in 1896, which had permeated the Jim Crow laws, was growing stale.

In 1955, another monumental act in US history would transpire—the civil disobedience of Rosa Parks. She refused to give up her seat on a bus to a white man, which was against the law at that time.

Parks was arrested, which set the stage for massive social change. Many claim that the Jim Crow era ended in 1954. That year, in their Brown v. Board of Education decision, the US Supreme Court struck down the 1896 law that had permitted states to segregate public schools. Even so, segregation clearly continued for another decade.[8] 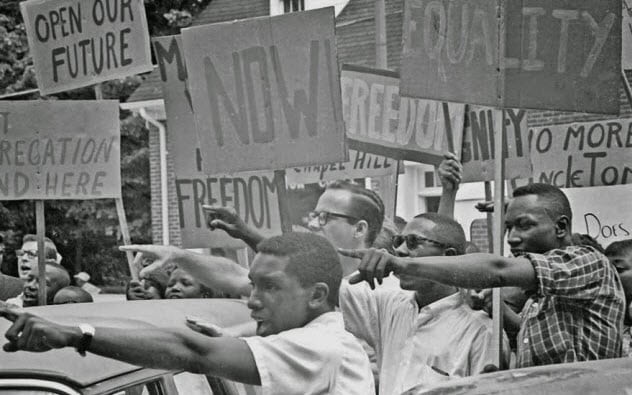 The road to racial equality in the US had been paved by the movements of the 1950s. In turn, the 1960s drove political and racial turmoil across those avenues as equality was demanded and the push for a new civil rights act gained traction.

Still, it was a slow process. Demonstrations and civil disobedience were nothing new. However, the culmination of all these movements occurred when groups like the Black Panthers and individuals such as Malcolm X and Martin Luther King Jr. gained serious support from both black and white people across America.

I Have a Dream speech by Martin Luther King .Jr HD (subtitled)

On August 28, 1963, approximately 250,000 people participated in the March on Washington for Jobs and Freedom. The goal was to achieve economic and civil rights for African Americans. At the Lincoln Memorial, Martin Luther King Jr. delivered his famous “I Have a Dream” speech, where he told of his dream of a nation without racism and segregation.

With the widespread desire for change, the Civil Rights Act of 1964 was ripe to become law with massive backing. It called for the end of an era that had stained the fabric of American history. People are still alive who lived through the Jim Crow era. They remember when it was illegal—based on the color of your skin—to drink from certain water fountains or enter certain establishments.

Finally, after nearly a century of cruel and bizarre laws, the Civil Rights Act of 1964 was signed into law. Initially proposed by Democratic President John F. Kennedy, the first bill failed. Kennedy thought he had lined up enough support from both Democrats and Republicans, but passage was held up by Democrat Howard W. Smith, an ardent segregationist from Virginia.

After Kennedy was assassinated, Democratic President Lyndon B. Johnson used his skill to get the act passed. The main opposition came from the Democrats. Still, Johnson managed to rally enough Democrats and Republicans to vote for a compromise bill, and the Civil Rights Act of 1964 became law on July 2, 1964.[10]

It prohibited discrimination on the basis of race, color, religion, sex, or national origin, as these had all been used to divide people throughout the United States’ tumultuous history. The act still stands as federal law today. Although racism may not be wholly defeated in the United States, it is clear in the eyes of the law that discrimination is an illegal practice that should be forcibly relegated to the dustbin of history.

Listverse is awesome. I write morbidity and history. Enjoy.

Read more disturbing facts about the history of racism in the United States on 10 Forgotten Incidents Of Racial Violence In US History and 10 Defining Moments In The Childhood Of Martin Luther King Jr..