Each year, 12,000 people die from staircase falls in the US. They are the second leading cause of accidental injury in the US, right behind car accidents. Perhaps their commonality is why so many murder suspects see staircase falls as rational causes of death. The 10 staircase deaths below, however, appear far from rational. 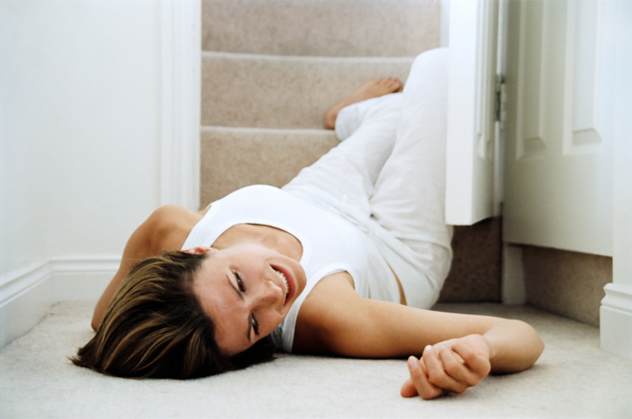 Louise Evans was found dead at the bottom of the stairs in her home in July 2012 with a jump rope placed underneath her body. A vacuum cord was also uncoiled at the top of the stairs where she fell, making it look like she not only tripped over the vacuum cord, but that the jump rope she was carrying got tangled in her legs as well.

Her husband and prime murder suspect Alan Evans denies that he had anything to do with her fatal fall and claims to have been asleep when it happened. Neighbors, however, heard Louise scream the night she died, and it was later revealed that Louise had confronted Alan that night about having an affair. A jury convicted him of murder in November 2013. 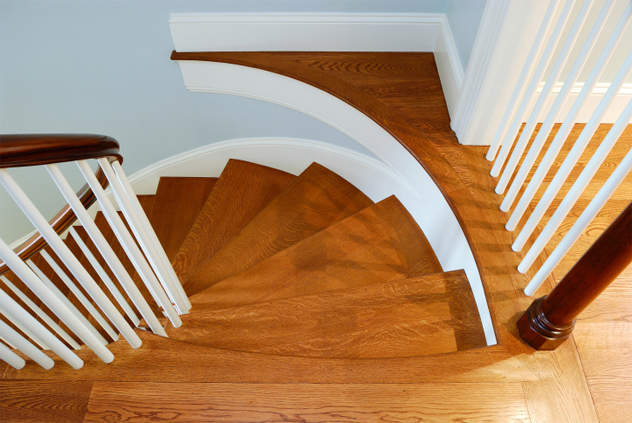 Fifty-seven-year-old Laurie Wolfe was found dead at the bottom of a staircase in Oakland, California in July 2014. Her husband, Joseph Bontempo, claimed that Laurie had slipped down the stairs in socks after the wooden steps had been freshly cleaned and oiled. Investigators, however, found the stairs to be dusty upon examination.

Autopsy reports showed that Laurie Wolfe had defensive wounds on her hands and eight deep gashes on the back of her head. Both the amount of blood at the scene and her injuries and defensive wounds indicate that she died from blunt-force trauma rather than an accidental slip down the stairs. Further, her hands and face appeared to have been washed, and authorities said that she’d been at the bottom of the stairs anywhere from two to six hours before police were called.

Her husband also changed the story of where he was when Laurie fell at least three times over the course of the investigation, which did not look good to police. He was eventually ordered to stand trial for Laurie’s death in February 2015. 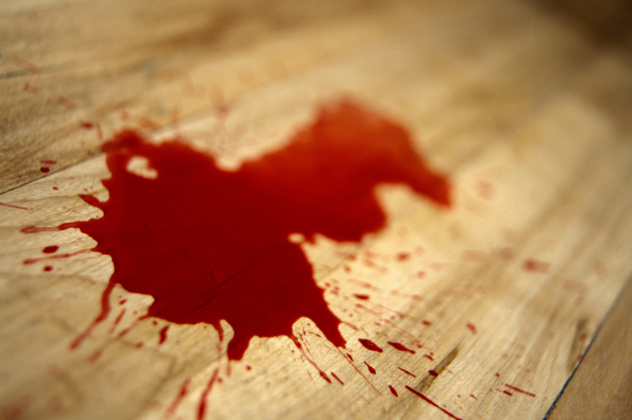 Probably the most suspicious and well-known staircase death of all is that of Kathleen Peterson.

On December 9, 2001, Kathleen Peterson was found dead at the bottom of the stairs with seven deep lacerations in the back of her head. Investigators noted that there was far too much blood for her death to be consistent with a fall, and it was mostly dried up by the time the 911 call from her husband, Michael Peterson, came in at 2:40 AM. Further, there appeared to be fresh blood on top of smudged, cleaned-up blood, indicating that her death may have happened in two stages.

Among various other suspicious finds, Kathleen’s body was found neatly placed at the bottom of the staircase with her head in line with her spinal cord, a strange position in which to land after a fall. A bloody footprint was also found on the back of her pant leg, which was facing the floor when police arrived.

Michael Peterson was convicted of Kathleen’s murder in 2003, but released in 2011 on $300,000 bail and placed on house arrest due to a false testimony by blood spatter analyst Duane Deaver during his trial. He is currently awaiting a new trial. 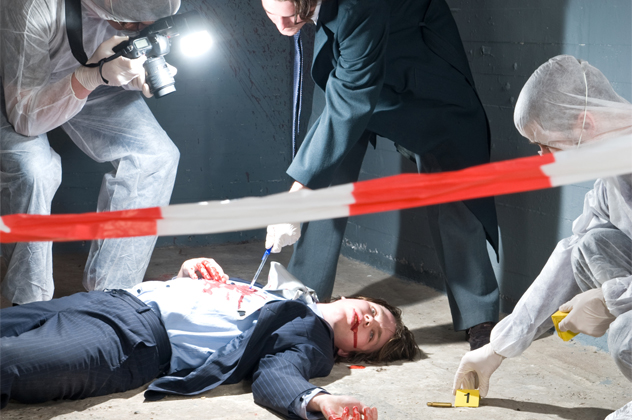 Soso Kimeridze was found dead at the bottom of a Kashuri police station stairwell in February 2012 after being interrogated about a robbery, which he wasn’t formally charged with. Kimeridze’s death was suspicious to many in the village of Kvishkheti—his hometown in Georgia—because not a single person in the crowded prison saw him fall, and the place where he fell was conveniently out of range of surveillance cameras.

Bruises and injuries on Kimeridze’s nose and eyebrows indicate that he was possibly beaten and tortured during the interrogation. Police say that he fell due to the frailty of the staircase rails as he was walking down the stairs. Reports on his death later concluded, however, that the rails showed no visible signs of frailty. Ex–public defender Sozar Subari said that the story which police told about Kimeridze’s death is “a fairy-tale that no one believes in.”

The main prosecutor’s office in Georgia later released a statement asserting that Kimeridze’s death had been caused by a fall down the stairs, but the head of Kashuri district police was later dismissed and a petition to investigate human rights violations at the prison was later requested by Georgia’s public defender. 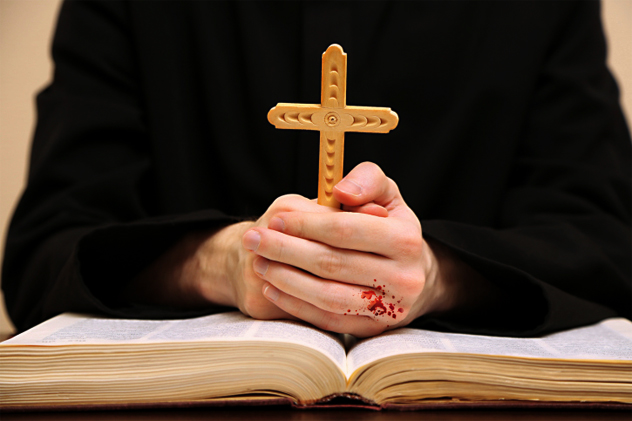 The 1999 staircase death of Jewel Schirmer, first wife of minister A.B. Schirmer—later known as the “sinister minister”—came under scrutiny in 2008. She’d been found dead at the bottom of a staircase in 1999 with a vacuum cord wrapped around her legs, but her death was not considered suspicious at the time due to a cardiologist report indicating heart damage.

Later in 2008, Jewel’s case was reopened after it was discovered that a man had killed himself because he found out that A.B. Schirmer was secretly seeing his wife. This prompted investigators to take a closer look at Schirmer. When investigators realized that Schirmer’s previous two wives were deceased (Jewel was the first), they took a look at both deaths and discovered that both of Schirmer’s previous wives had suffered brain trauma before dying. The heart damage found in Jewel’s cardiologist report did not cause her to fall down the stairs; the brain trauma did. Jewel sustained only head injuries from her staircase fall, specifically skull fractures with no damage below the neck, which was strange for a staircase fall.

In September 2014, A.B. Schirmer was sentenced to 20–40 years in prison for killing his first wife, Jewel, while serving a life sentence for killing his second wife, Betty. 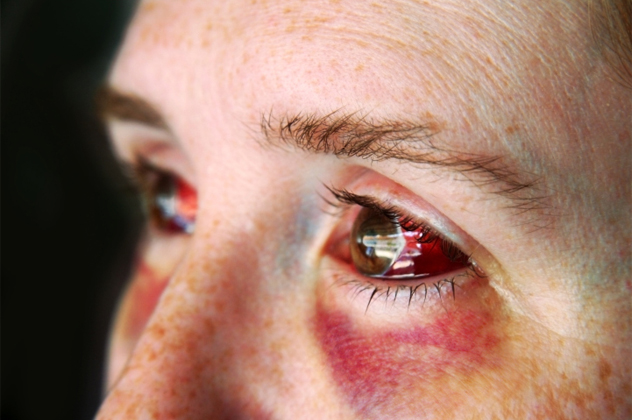 Thirty-eight-year-old Karina Ditto was found dead at the bottom of a staircase in her San Diego home in March 2011. Her husband, David Ditto, told investigators that she’d fallen down the stairs. First responder Lisa Challender found that hard to believe, as she noted the body was not at the bottom of the stairs, but around the corner. “You don’t fall down the stairway and then bounce around the corner,” she told reporters when she arrived.

Not only was the location of her body suspicious, but the extent of blood around the body, the bruises on her legs, and a patterned shoe print on her leg were also uncharacteristic of a stairway fall. Her husband David also had scratch marks on his face.

It was later learned that David Ditto had purchased accidental death and disability insurance for his wife about five months before the murder, and letters from Karina to her mother in the months before her death indicated that her husband had been controlling and verbally abusive. David was convicted of her murder in October 2011 and is eligible for parole in 2037. 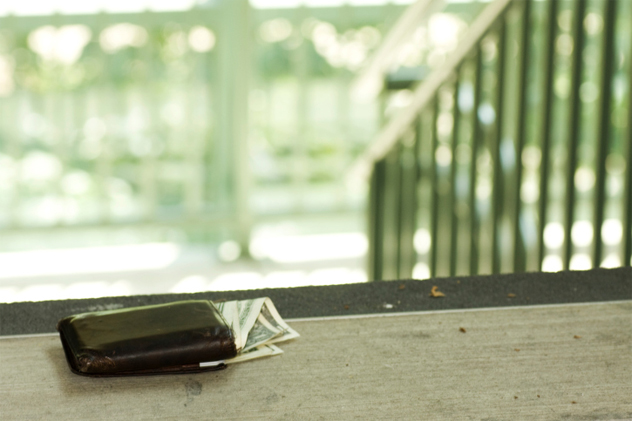 New Brighton, Minnesota, firefighter Lee Allen Goodwin was found dead at the bottom of the basement stairs in his home on January 29, 2010. Police estimate that he lay there anywhere from 7:45 AM, the last time he spoke with his wife, to 5:15 PM, when his wife found him at the bottom of the stairs.

An active retiree at 70 years old, police did not immediately see Lee’s death as suspicious. What sparked suspicion, however, was when police discovered that there were items missing from the house, including Lee’s wallet. Investigators then classified his death as a homicide, stating that he’d died from an assault rather than natural causes. A short time later, a local resident found Lee’s wallet in a dumpster not far from his home. The only things missing from it were cash and credit cards, indicating that his death might have been a simple robbery gone wrong.

Police were unable to find any successful leads in the murder of Lee Goodwin back in 2010, and the identity of the person responsible for his death remains a mystery. 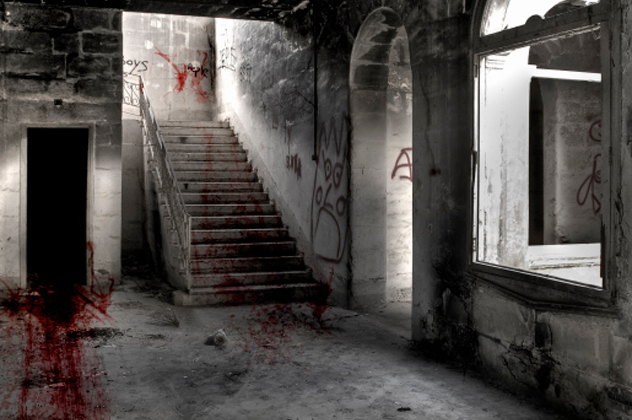 Janice Johnson was found at the bottom of her basement stairs in 1989, still alive and gasping for breath. Her death was initially ruled an accident until it was found that her husband, Clayton Johnson, had taken out a $125,000 life insurance policy before her death. Then, just three months after Janice’s death, he began dating a 22-year-old woman from his congregation.

Despite Clayton’s claims that he had been at work at the time of his wife’s death, pathologists agreed that Janice Johnson’s head injuries were caused by beatings with either “a baseball bat or a two-by-four.” Add in the insurance policy and Clayton’s 22-year-old girlfriend, and you’ve got a suspicious jury, which later convicted him in 1993.

Luckily for Clayton Johnson, he only served five years of his sentence before a different set of pathologists determined that Janice’s death had been a “freak accident.” They exhumed the body in 1998 and concluded that Janice Johnson had no defensive wounds on her body. She was also still alive when she was found, which would not have happened if homicide was the goal. Clayton Johnson would have only had a 10-minute window of time to beat his wife, get rid of the evidence, and get to work on time, all of which didn’t seem plausible to pathologists.

It was also later found out that Clayton didn’t realize his wife had an insurance policy, and only started seeing the 22-year-old initially for emotional support. Clayton Johnson was released in September 1998. 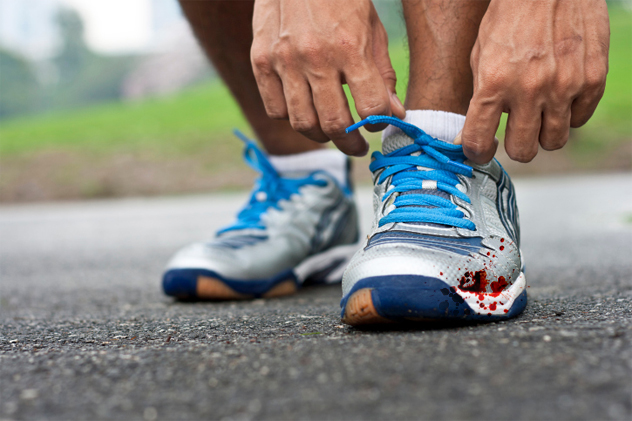 Kristine Fitzhugh died under suspicious circumstances amid a potential family drama. She was found dead at the bottom of the basement staircase in her home; according to the district attorney, this happened mere weeks before she planned to tell her son Justin that her husband, Kenneth Fitzhugh, was not his real father.

At the scene, one of Kristine’s shoes was found on the seventh step of the basement stairs to make it appear as though she’d tripped. However, investigators found her bloody Brooks Brothers shirt in the family’s Chevy Suburban, along with flecks of blood on her husband’s tennis shoes. A forensics team also later discovered mopped-up bloodstains in their kitchen and determined that that was the place where Kristine had died, rather than at the bottom of the staircase.

Because of these findings, Kenneth Fitzhugh was tried for his wife’s death in 2001 and was eventually convicted. He was sentenced to 15 years to life in prison but was given a “compassionate release” in February 2012 because of an undisclosed illness. He died a few months later in Palo Alto. 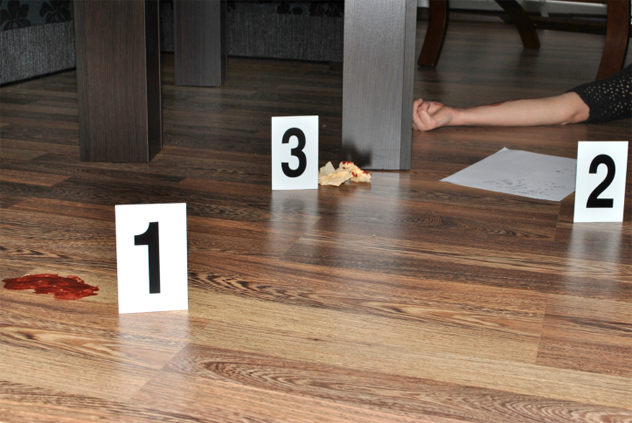 In June 1988, wealthy socialite Bette Lucas was found dead at the bottom of the stairs in her home. Her son, Steven Baker, said that his mother had stubbornly attempted to carry a VCR up the stairs despite his pleas to let him help her.

Once police arrived, however, they noticed blood in the foyer that had been cleaned up and saw that the rail which Bette had “accidentally” toppled over was higher than her center of gravity, indicating that if there had been a struggle, it would have taken a push to send her flying over the bannister. Additionally, a gash in the wall next to the staircase indicated that it was inflicted in an upward direction, despite Steven Baker’s assertions that the gash was inflicted downward by the VCR as his mother fell down the stairs with it.

Steven Baker was later convicted of beating his mother to death after it was also learned that he was in serious financial trouble and that Bette had intended to remove him from her will.

Monique Muro is a writer and blogger from Los Angeles. She blogs about creativity, writing, and ways to feel better about life at anovelquest.com. You can find her on Twitter obsessing over the LA Kings and other useful things, at @moniquemuro.