Bearded, bloated and on a downward spiral, Jim Morrison of The Doors fled America to find a respite in Paris in the spring of 1971. He would never return. The following ten detail the rock legends sad and untimely death on July 3, 1971. 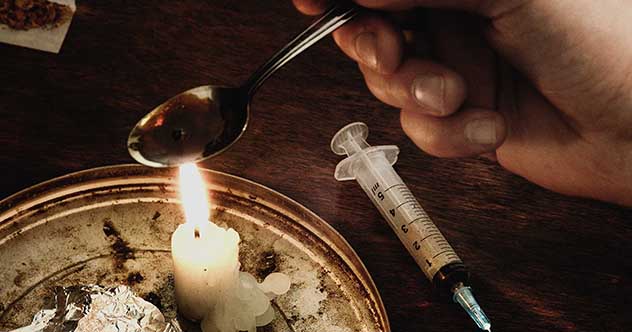 As one would imagine, Morrison’s estate became a contentious topic for years to come. Having drafted a simplistic and poorly-written will two years before his death, Jim left everything to Pamela. Three years later, however, Pamela joined Jim after overdosing on heroin at the age of 27. Having died without a will, Morrison’s fortune passed on to Pamela’s heirs, her parents. Seeing as the Courson’s were receiving Jim’s entire estate, the Morrison’s sued contesting their son’s will as well as the legitimacy of Jim and Pam’s common-law marriage. Arguing that Jim was on narcotics at the time his will was drafted, the Morrison’s claimed his lack of competency made the document invalid. Following years of legal battle, the Morrison’s and the Courson’s split everything 50/50. In the end, two parties that Jim loathed ultimately received the fruits of his success; a success that was criticized and belittled in life. 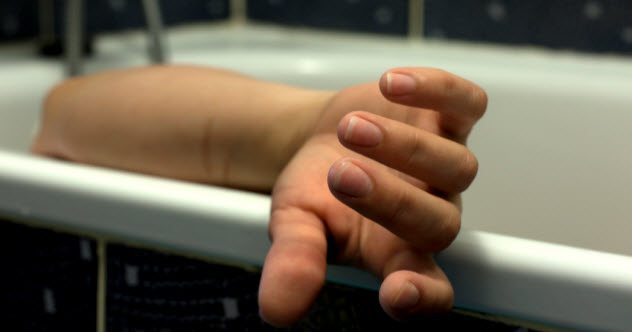 Hours after his passing, Jim’s corpse remained in the tub. At one point in the evening on July 3rd, a small mortician in a dark suit arrived at the apartment. With him was a plastic bag in which Morrison’s body would be wrapped along with twenty-five pounds of dry ice for preservation. “Believe me,” said the mortician “I’ll do my best but the heat is against us.” As he proceeded to leave, Pamela expressed her desire to sleep next to Jim’s body to which the mortician strongly advised against. The following night, the mortician returned warning that decomposition would be impossible to sustain two more days due to the heat wave Paris was enduring. Meanwhile, Pamela was content living beside Jim’s corpse claiming it made her feel “secure” and if she could, they “would live like this forever.” On the afternoon of the fifth, undertakers arrived dressing Jim in a “too-large dark suit, and stuffed him into a too-small wood-veneer coffin.” Pamela commented that she had never seen Jim in a suit before and that he looked “kinda cute.” Before the coffin was sealed, she gathered all the pictures of herself and placed them with Jim to be buried with forever. 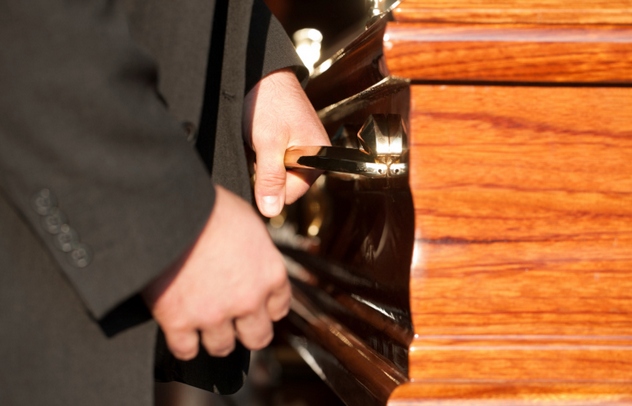 Jim’s funeral on July 7th was unceremonious to say the least. As one would imagine it being national news with thousands of fans flocking to Pere Lachaise, the actual burial was bleak and uneventful. According to a woman who was visiting the nearby grave of her husband, “Everything was done in a hurry. No priest was present, everybody left quickly. The whole scene was piteous and miserable.” The funeral itself was small with less than six in attendance including the band’s manager Bill Siddons. Following the burial, Siddons stated to Rolling Stone magazine, “There was no service, and that made it all the better. We just threw some flowers and dirt and said goodbye.” When asked by Doors bandmate Ray Manzarek if Siddons actually viewed Jim’s body—which Siddons had not—Manzarek became irate spawning a heated argument between the two. “How do you know it wasn’t one hundred fifty pounds of fucking sand? You buried a sealed coffin, man. We’ll never know the real truth now.” As Manzarek predicted, the lack of physically identifying Jim’s corpse kick-started the conspiracy as to whether or not the Lizard King was truly gone. 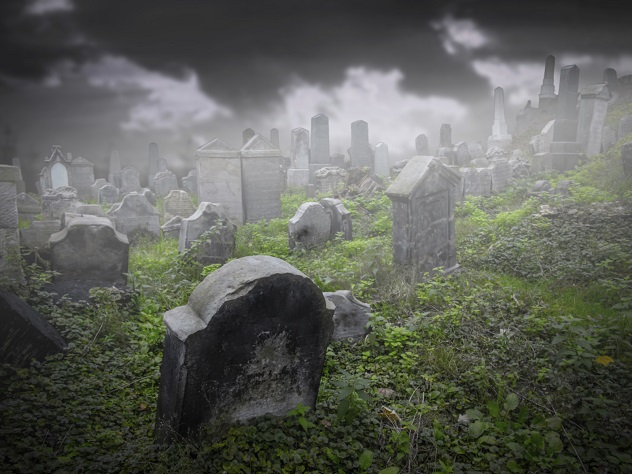 Securing a grave in Père Lachaise – the largest and most famous cemetery in Paris – had to be kept quiet given Jim’s rock star reputation. Thus, in order to be buried among the likes of Oscar Wilde, Edith Piaf and Chopin, Pamela had the death certificate inscribed “James Morrison, poet.” As previously mentioned, Jim’s funeral in the cemeteries “Poet’s Corner” was short and hasty with few mourners and even lacked the presence of a Priest. As the $75 wooden casket – the cheapest possible model ordered by Pamela—was lowered into the ground, few words were said before the party dispersed. The grave would remain unmarked for years with subsequent plaques continuously stolen. In 1981, a sculpted bust was defaced and ultimately lifted as well. As of today, 24-hour security guard Jim’s grave which now houses a permanent marble headstone with a Greek epitaph that reads, “True to his own spirit.” 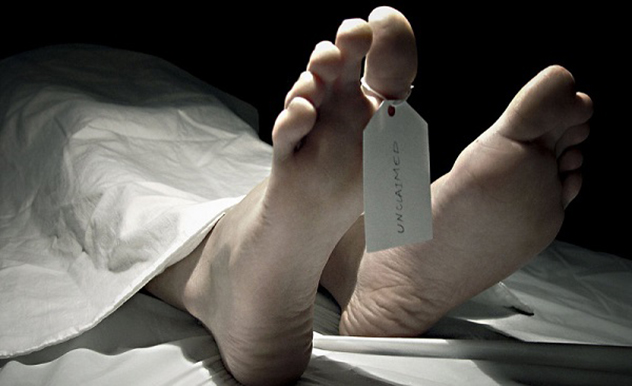 Nearly 72 hours after his passing, Jim Morrison’s death certificate was finally signed. The doctor who arrived at the apartment listed the official cause of death as heart failure. Due to this, no autopsy was ever conducted given that ‘poor health’ was cited as the leading cause. This open-and-closed approach did not sit well with Jim’s band mates and family who had lingering questions with no answers. Why was there no police investigation or autopsy? Why weren’t Jim’s parents notified? Who was the examining doctor and what were his credentials? Interestingly enough, the doctor’s signature on the death certificate was later deemed illegible in addition to Pamela conveniently forgetting the doctor’s name. To further complicate matters, Pamela lied to the American Embassy informing them that Morrison had no immediate family allowing for a “quick, no-questions-asked burial.” The day after Jim’s burial – five days after his death—Pamela and Doors’ manager Bill Siddons returned to L.A. with Siddons stating to the press, “I have returned from Paris where I have attended the funeral of Jim Morrison. I can say he died peacefully of natural causes.”

5 Cover Up and Lies 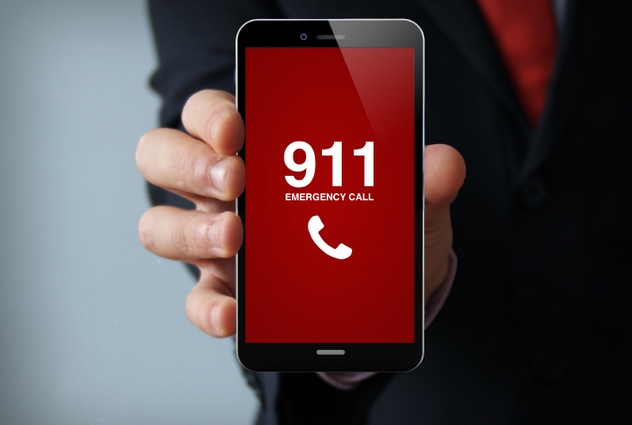 When Pamela returned to L.A., Doors’ second manager Danny Sugerman pressed her for exact details as to how Jim died. According to Sugerman, Pamela had told him numerous contradictory versions of what occurred, oftentimes blaming herself and going as far as saying that she killed Jim. According to Alain Ronay—Jim’s close friend who arrived at the apartment shortly after—upon finding Jim in the bathtub, Pamela “nodded off” instead of phoning for medical help. What’s even more disturbing is that 20 years after Jim’s passing, Ronay confessed that he helped her cover up the circumstances of his “friends” death. By lying to police who responded to the scene, he corroborated Pamela’s deposition that Jim never once took drugs. This ultimately added to the narrative that Jim had poor health and simply died of heart failure negating the fact that he overdosed on heroin after a night of drinking. 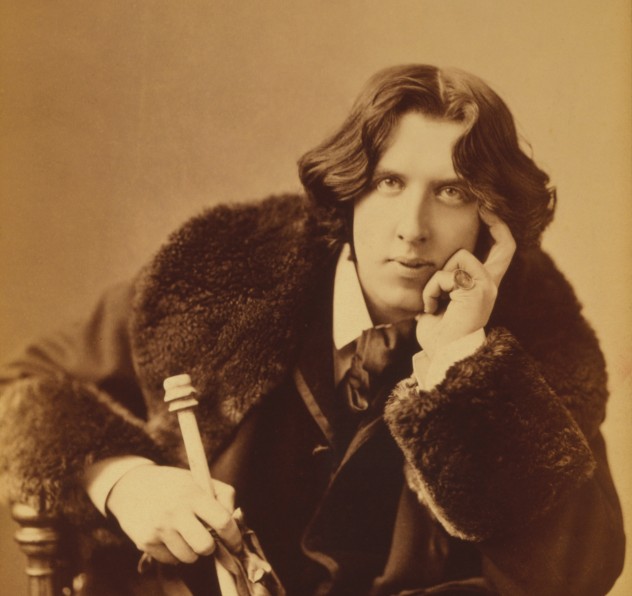 Père Lachaise cemetery in north-east Paris attracts millions of visitors every year, most of who flock to one particular grave, the Lizard King. Such notoriety, however, has been a continuous nuisance for cemetery staff. From litter, graffiti and at times unorthodox tributes by fans – taking drugs and having sex – groundskeepers have had enough. Christian Charlet, who is responsible for the cemetery, went as far as creating a petition to evict the rock star stating, “We’d like to kick him out, because we don’t want him, he causes too many problems,” Charlet told Reuters news agency. “If we could get rid of him, we’d do it straight away.” Though a security guard has been hired to watch over the singer’s plot, vandalism in the area continues. In fact, relatives of neighboring graves created their own petition for Morrison to be exhumed and sent home. “People come here not to worship the dead, but think they can do what they want, as if it was a rave party,” said Charlet. Interesting note: Aside from Morrison, the second most-visited and vandalized grave is that of Oscar Wilde. 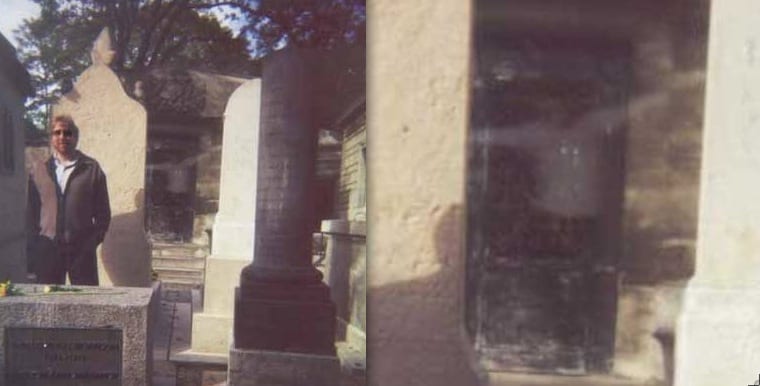 In 1997, rock historian Brett Meisner ventured to Pere Lachaise with the sole intention of visiting Jim’s grave. While standing beside the singers plot, Meisner had his picture taken. Five years would pass until he reexamined the snapshot when he discovered something unsettling; a white figure in the background with its arms seemingly stretched out. The ghostly apparition is uncanny to a famous photograph of Morrison in the same pose, prompting stir among believers and skeptics. Following analysis, it came as a shock to many when researchers deemed the photo authentic stating that it was “in no way manipulated.” Furthermore, any possibility that the blur was merely a trick of the light was ruled out with researchers concluding the image is simply “unexplainable.” As for Meisner, he claims that he’s been plagued by eerie events ever since his visit to Pere Lachaise. From the breakdown of his marriage to losing a close friend from a drug overdose, his life hasn’t been the same. To date, Meisner is haunted by people who approach him to say that “Morrison’s ghost is haunting them, too,” stating, “At first it was sort of interesting to see how many people felt a spiritual bond with Jim and the photo, but now the whole vibe seems negative.” 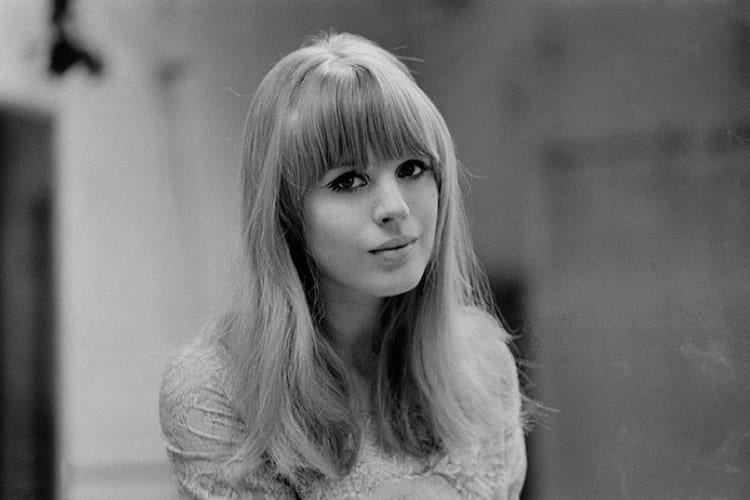 As rumors circulated, one that has stood the test of time is that Jim did not die in his bathtub but was moved there as a part of a cover-up. According to journalist Sam Bernett, he found Jim’s lifeless body slumped over the toilet of a nightclub’s bathroom after scoring heroin 30 minutes prior. “We were certain he’d been snorting heroin because there was foam coming out of his lips as well as blood,” Bernett says. Moments later Bernett brought in a customer who was a medic who proclaimed the Lizard King was dead. With the insistence by Jim’s dealers that he was still alive, albeit passed out, they carried the singer out of the club to an awaiting car. Later that evening, Bernett claimed to have received a phone call by someone representing the club’s owner warning him not to tell anyone what occurred. Bernett went on to state that singer Marianne Faithfull was also present in the club that evening and that she too was sworn to secrecy. “Marianne never mentioned Jim again. She won’t talk about what happened in the club to this day.” As for Barnett, he has chose to come forward simply to “get rid of my heavy load. At least everything is now out there to be discussed. I’ve said what I have to say.” 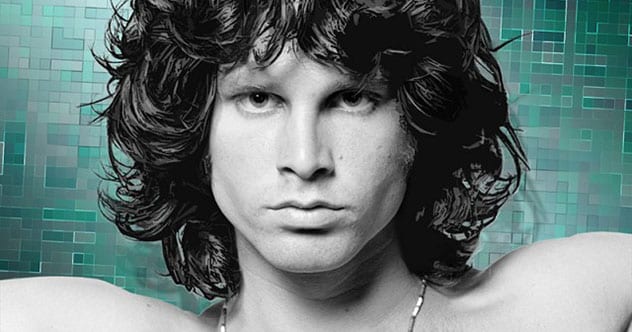 Ever since Jim’s lifeless body was found in his Parisian bathtub, numerous conspiracy theories emerged and continue to this day. Of all the far-fetched speculations, perhaps the only one that may hold merit is Marianne Faithfull’s account. English singer/songwriter known for her hit single “As Tears Go By” claimed to Mojo magazine that Jim’s death was in fact a murder involving her ex-boyfriend Jean de Breteuil. According to Faithfull, de Breteuil – a heroin dealer with several high-profile celebrity clients – stopped by Jim’s apartment on July 3rd after picking her up from the airport. “I could intuitively feel trouble. He went to see Jim Morrison and killed him.” As she eagerly waited for her beau, her anxiety became overwhelming leading her to take “a few Tuinal” and conking out.” Never witnessing what occurred, Faithfull remains adamant that de Breteuil is to blame given that the “smack” provided to Jim was too strong. “I mean I’m sure it was an accident. Poor bastard. And he died. And I didn’t know anything about this. Anyway, everybody connected to the death of this poor guy is dead now. Except me.” Jean de Breteuil—who Faithfull described as a “horrible guy, someone who had crawled out from under a stone”- died of an overdose in Morocco that same year.

10 Songs That Mean Something Shockingly Different From What You Think