In 2015, moviegoers around the world were introduced to the villain Ultron in Joss Whedon’s followup to his first hit Avengers film. And while James Spader did an amazing job as everyone’s favorite murderbot, his character has a comics history hidden to all but the most marvelous comic fans. 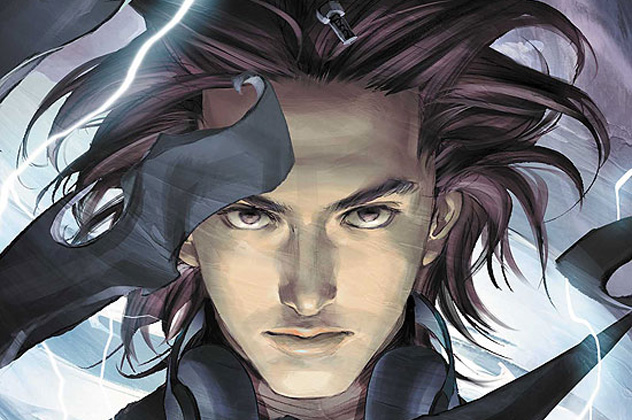 Marvel’s young hero group, Runaways (comprised of teenage heroes seeking to make up for the crimes of their murderous parents), encounter a young man named Victor Mancha. He has memories of being raised as a normal boy whose father, a US Marine, had died. When he exhibits electrical and magnetic powers, the Runaways eventually find out that his “father” is Ultron, and his memories are actually implants.

Although appearing to be a teenager, he’s actually only a few years old. He ends up joining the Runaways to stop Ultron, but afterward, the group has some trust issues toward him. This is partially because of his evil parentage and partially because of a message from one of the Runaways who traveled back in time from the future. She and the rest of the future Avengers have all been killed by Mancha, now going by his supervillain name Victorious.

9Time Broke Because Of Him 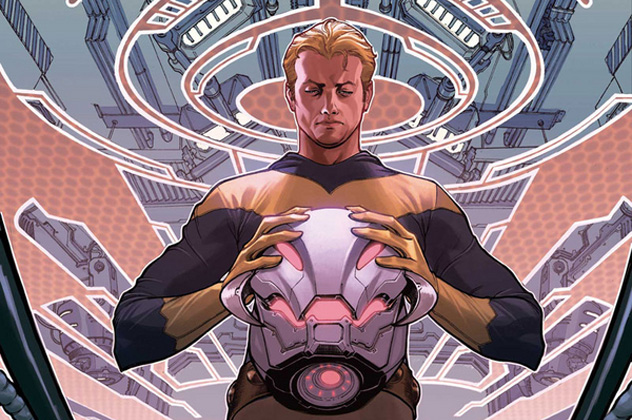 Moviegoers who enjoyed Age of Ultron and sought out the comic of the same name were likely surprised to find a very different storyline, one which has nothing in common with the movie except the name. The comic revolves around a dystopian world in which Ultron wins, taking over the world and killing billions to do so. When presented with an opportunity to travel back in time, Wolverine decides to fix things by killing Ultron’s creator, Hank Pym, before Ultron is created.

In Twilight Zone fashion, Wolverine returns to a present day that is just as bad, with a world enthralled by the dark magic of Morgan le Fey. Eventually, Wolverine travels back in time to stop the other Wolverine from killing Hank Pym, and Pym decides he’ll build a shut-off switch in his robot to prevent that whole future apocalypse thing. However, this is one trip through time too many, rupturing the space/time continuum and causing different universes in the Marvel multiverse to bleed together.

8He Transformed Iron Man Into A Naked Woman 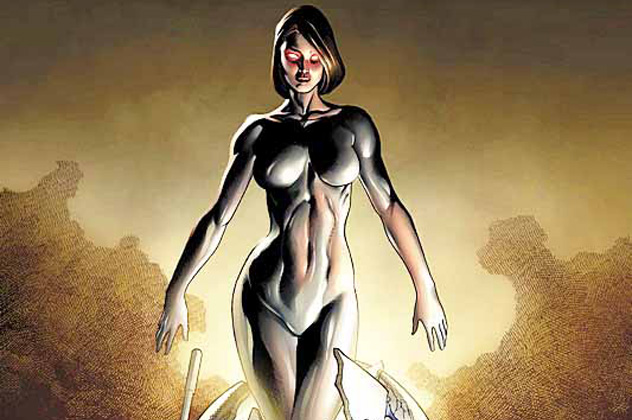 Being an evil robot, Ultron can typically appear in whatever form he chooses. While this is normally some version of the bipedal brawler seen in the Age of Ultron movie, there was one storyline that was a bit different. In the first volume of The Mighty Avengers, a new version of the team led by Ms. Marvel fights Ultron, whose first move is taking over Iron Man’s body. At this time in the comics, Iron Man’s body is powered by Extremis, the body-boosting substance featured in Iron Man 3.

Ultron pushes Extremis to the limits by transforming Iron Man into a new body for Ultron to use, and for reasons known only to his flawless robotic brain, the body he chooses is a naked Janet van Dyne, also known as The Wasp. Ultron is eventually defeated by a combination of a Colecovision and the god of war. Iron Man’s body is restored to normal, but Ultron’s literal interpretation of “gender is a construct” remains one of the stranger moments for Earth’s mightiest heroes.

7Fight With The Devil 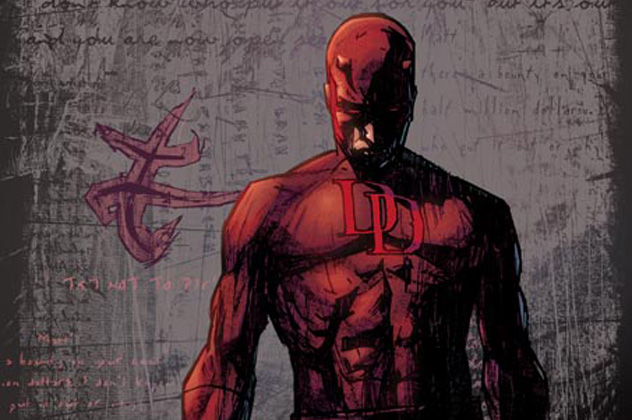 One of the implicit ideas about Avengers villains is that they are super powerful. After all, they must be strong enough to represent a legitimate threat to “Earth’s Mightiest Warriors.” Despite this, Ultron sometimes is not on his “A” game, and that includes the time Daredevil defeated him using only a stick.

This is during Daredevil’s drifting phase of life, and he’s bumming around with two Inhumans and a woman with genetically altered DNA when the woman, known only as Number Nine, is captured by Ultron. This version of Ultron is dealing with having multiple personalities kicking around his robotic noggin, and he has time for existential conversations with his kidnapped victims. During one of these conversations, Ultron tries to isolate the circuit keeping him from experiencing happiness; assuming it must be in his head, he begins tearing his own head off.

Daredevil interrupts this move that would presumably end the threat, and Ultron proceeds to kick his butt. Daredevil vows that he will “never get hit like that again” and proceeds to whack Ultron’s head with a giant stick until he decapitates the robot. Daredevil feels really bad about it, which leaves the reader doubly confused as to why he didn’t let the robot simply decapitate himself.

6He Was Really Created By Hank Pym 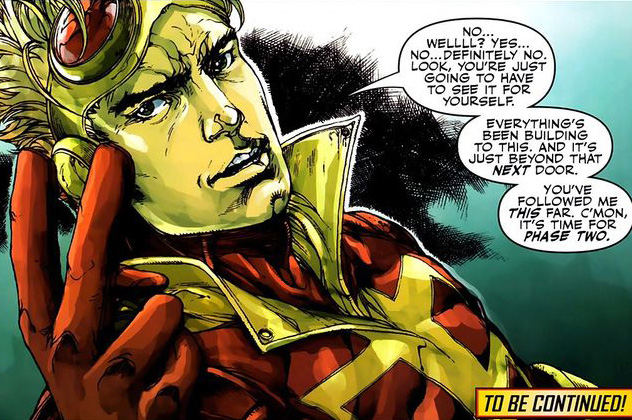 The Marvel Cinematic Universe has always played fast and loose with its translations of comic characters and events. One of the larger deviations from the source material is who created Ultron. In the Age of Ultron movie, it is Tony Stark’s desire to create “a suit of armor around the world” that prompts him to create the evil robot. In the comics, however, Ultron is created by the original Ant-Man himself, Hank Pym.

While the movie waffles back and forth with the idea that Tony Stark is directly to blame for the evils of Ultron (Scarlet Witch certainly feels so), the comics make it clear that Ultron’s erratic actions stem directly from it receiving the brain patterns of creator Hank Pym, who suffers from mental instability. Unfortunately, Ultron only magnifies that problem: While the robot hypnotizes Pym into forgetting he ever made Ultron, Pym later finds out, and the guilt preys on his mind. This guilt is only magnified by the occasions when Ultron proves himself obsessed with Pym’s on-again, off-again wife, the superhero known as The Wasp. 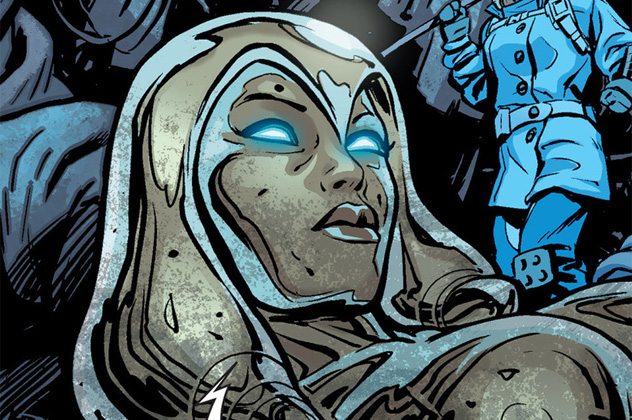 If Ultron is the Frankenstein story given the superhero comic treatment, then it only makes sense that he would eventually have a “bride” of sorts. He achieves this by kidnapping The Wasp and using her consciousness to make a robotic woman. Of course, it takes no time at all for the new robot, Jocasta, to turn on her maker, just as Ultron once turned on Hank Pym.

Possibly because of her evil origins, the Avengers are really hesitant to accept Jocasta as a full member. With all the efficiency of an actual bureaucracy, they keep putting off her full membership until she quits. In typical comic book narrative fashion, she soon ends up sacrificing her life to save the Avengers. She is later brought back as a bodiless artificial intelligence program and helps Tony Stark in both his business and superhero identities, functioning much like JARVIS in the films. 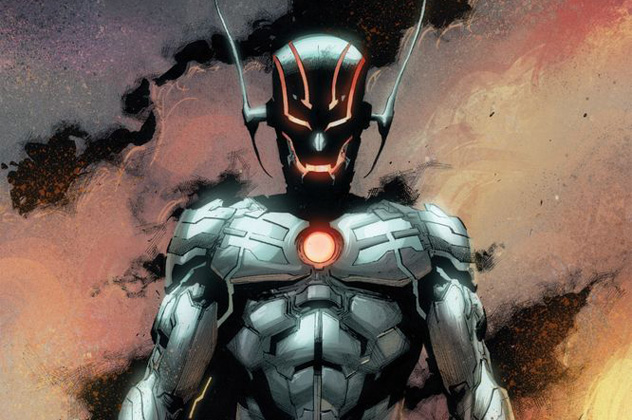 In the Age of Ultron movie, the hypnosis heavy lifting was left to Scarlet Witch and her ambiguous magical powers. In the comic, Ultron is the master of hypnosis, starting with making Hank Pym forget that he ever created Ultron. Later, he mind-controls the Avengers’ butler, Jarvis. Later, in a twist that would fit right into Age of Ultron, Iron Man realizes that he was the one who re-created Ultron under a post-hypnotic command from the evil robot. Still later, Ultron hypnotizes the Fantastic Four’s The Thing to get the craggy clobbering hero to fight the unfortunately named Machine Man.

So why all the hypnosis? It’s possible that this is a weird habit he picked up from Hank Pym’s brain, as Ultron’s maker once used hypnosis to turn the tables: Ultron stole a prominent scientist named Dr. MacLain as he addressed the United Nations. When Ultron absorbed MacLain’s knowledge, Ultron went insane and blew himself up. The reason? “Dr. MacLain” was actually Hank Pym, who had used hypnosis on himself to help sell the idea that he was someone completely different. And when Ultron tried to get hidden knowledge from within the hypnotized Pym, he received only one phrase: “Thou shalt not kill.”

3Fights In The ‘Family’ 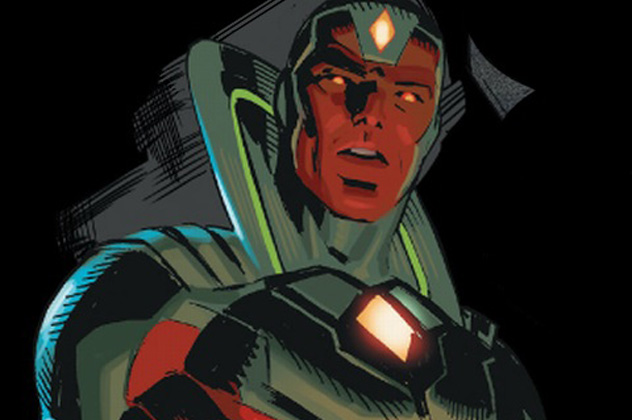 For being a killer robot bent on world destruction, Ultron certainly has a large family. This includes those like the aforementioned Victor Mancha as well as The Vision. In the comics, The Vision’s body is that of the original Human Torch—an android from the 1940s that Captain America once fought beside. Ultron forces a professor, Phineas Horton, to upgrade the android into an Avengers-killing machine, but Horton deliberately leaves in the original personality. Ultron destroys Horton and defeats The Vision. Later, he reprograms The Vision with the mind of Wonder Man. Once again, the “putting a hero’s mind in a robot’s body” does not work out well for Ultron, and The Vision joins the Avengers.

Later, Wonder Man comes to consider Vision as a brother, and The Vision ends up marrying the Scarlet Witch, further extending the Ultron family. And when he tries to transform his “family” into androids, Ultron extends that list to include his father (Hank Pym), Janet van Dyne (The Wasp), and Wonder Man’s brother, known as The Grim Reaper.

2He Merged With His Creator 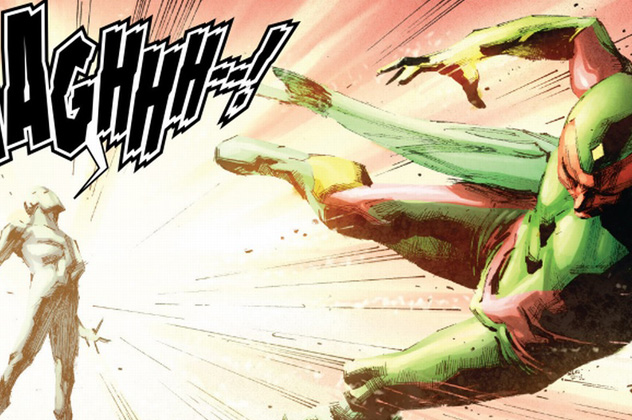 When Hank Pym confronts an Ultron unit that had been living in isolation, Ultron drops a bombshell on him, claiming that he has access to Hank’s old memories and that these memories include a subconscious hatred for humanity. After Ultron fakes being in pain due to an attack by The Vision, he gets Hank Pym to hold him in what would otherwise be a sweet moment of father/son reconciliation. Unfortunately, it’s just a ruse, and Ultron takes over Hank Pym’s body.

Captain America tries the age-old technique of exhorting the hero to drive out the evil force inside his mind, but it does not work. Plan B—beating the stuffing out of Ultron/Hank—also doesn’t work, but when the robot-human combo absorbs some of the hero Starfox’s powers, he has an evil robot moment of clarity. Reflecting on the horror he has become, Ultron flies back into the isolation of space, taking his creator’s mind with him and leaving the Avengers to mourn the death of Hank Pym.

1He Was Resurrected By An Iron Man Cult 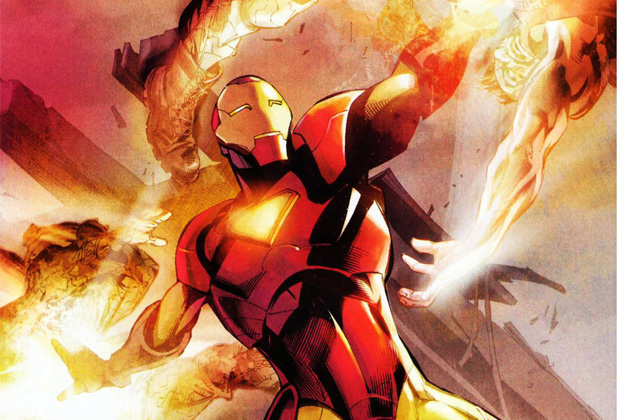 While the Marvel Cinematic Universe has altered comics history to link Iron Man and Ultron, there is a fairly insane link already within the comics. In the comics, as in the movies, Tony Stark escaped imprisonment and built the first Iron Man suit with the help of one man: Ho Yinsen, who gave his life to help Tony escape.

The comics reveal that some of the other prisoners who escaped when Iron Man did really liked Yinsen, so much so that they turned themselves into a cult called the “Sons of Yinsen.” They use Yinsen’s old notes to make really cool stuff, including a city in the sky, but they figure they’ve hit the jackpot when they recover the preserved brain of Yinsen and plan to put it inside some sentient Iron Man armor.

There’s only one catch: The mind inside this armor is actually Ultron, who plays it cool for once and lets the cult think he really is Yinsen. He sends them to war against Iron Man and, when that doesn’t work, blows up the floating city to kill everyone. It was a great plan except for one hitch: Enough of Yinsen is rattling around inside Ultron that he refuses to let Iron Man die, and Yinsen forces Ultron to save his hated foe.

@PocketEpiphany is worthy to get hammered with Thor, at least.