No matter how wacky or weird, hobbies are a great way for people to express themselves in their free time. Despite their crazy lifestyles and busy schedules, celebrities are no different. Well . . . some of their hobbies are.

You’ve likely heard of Angelina Jolie’s knife collection or Nick Offerman’s passion for woodworking. There are many stars, however, who keep their interests hidden. These obscure celebrity pastimes will blow your mind and make you want to throw out your stamp collection! 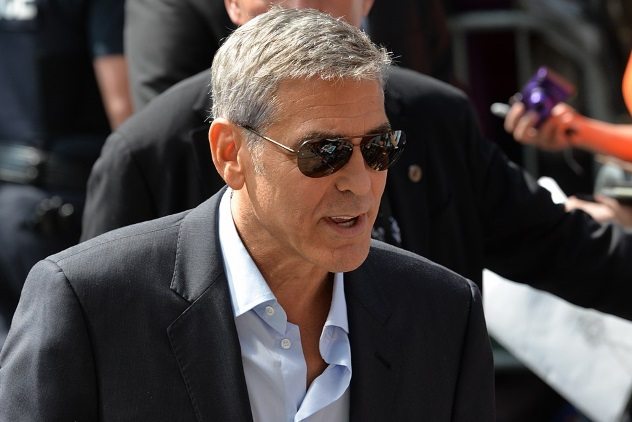 Eager George Clooney fans flooded to Reddit for the star’s AMA in 2014, where he discussed anything from playing basketball with Leonardo DiCaprio to getting pranked by Brad Pitt. One of the most surprising secrets Clooney revealed, however, was how he spends his free time.

Clooney answered a question about his favorite hobby with a simple, “I’m a cobbler. I like to make shoes.” He went on to allude to the fact that he is a better cobbler than Daniel Day-Lewis, who shares Clooney’s love of cobbling.[1] How the famed Academy Award winner got started in shoemaking remains a mystery, but at least he has something to fall back on if his acting career doesn’t work out! 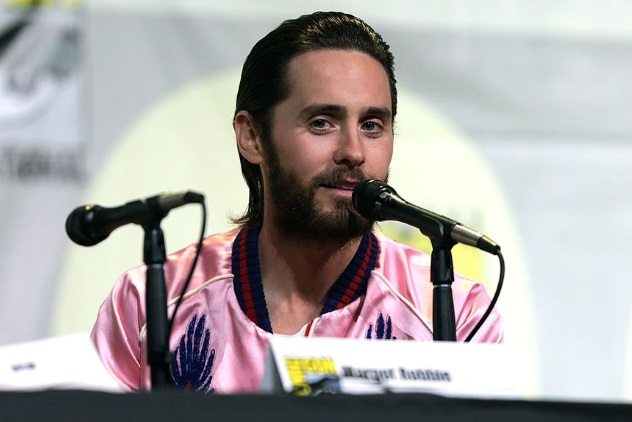 This musician and actor is considered one of the sexiest men in Hollywood, and it turns out he makes a pretty good-looking woman as well. Leto first discovered his love of donning women’s clothes while filming Dallas Buyer’s Club, where he played a transgender woman.

He got so into the role that he began wearing fishnets and high heels as part of his daily routine, sometimes sporting women’s clothes to go grocery shopping. He even considered appearing at the Oscars in this new look.[2] Even after the movie, the actor transformed again for a photoshoot for Candy magazine. It’s not quite as crazy as his Joker costume, but we still think he killed it. 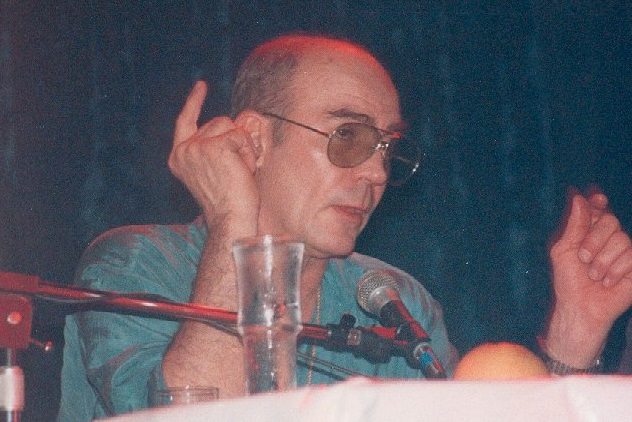 Is it really any surprise that this eccentric journalist is on a list about quirky pastimes? We didn’t think so, either. With Thompson’s unpredictable personality and excessive drug use during his lifetime, the fact that he picked up a few unconventional hobbies along the way is not unexpected.

A self-proclaimed gun enthusiast, Thompson was known to enjoy shooting guns and blowing things up with dynamite. An article written soon after his death stated, “There were always too many guns around at Hunter S. Thompson’s farm in Woody creek,” and that, “Explosions were his specialty.”[3] Johnny Depp confirmed this in an interview about first meeting Thompson. After inviting Depp over to shoot guns, Thompson exclaimed “Sh— man, we must build a bomb!” The pair ended up constructing a homemade bomb out of propane tanks, which they promptly set off by shooting at it. It seems that his hobbies truly reflect Hunter S. Thompson’s love of living life with a bang. 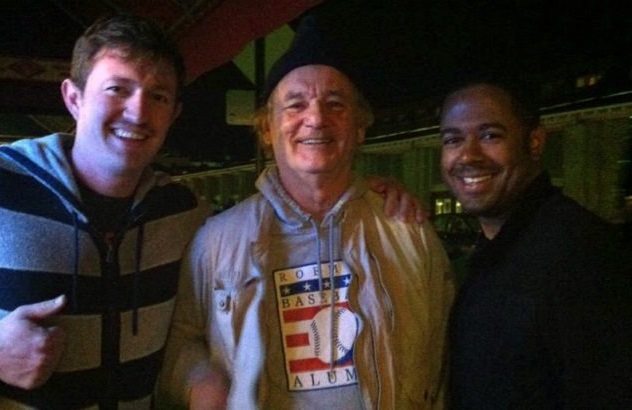 This hilarious actor has made a career out of making people laugh for many years. It turns out that Murray spends just as much time bringing joy to others in everyday life as he does on the big screen. Many stories have emerged of him showing up in the craziest places with his lovable antics in full force.

In 2010, Murray bartended at an Austin bar during SXSW. He gave out tequila shots despite what people ordered. While on his way to Game 6 of the 2017 World Series, he handed a lucky stranger a ticket . . . for the seat right next to him. He made a surprise appearance to a fan’s “Bill Murray Ice Cream Social” in 2014.

The list goes on; the actor has crashed bachelor parties, engagement photos, and even a house party where he washed the host’s dishes. Murray’s track record for showing up unexpectedly has become so well-known that a website called Bill Murray Stories has even been started to document all of his appearances.[4] Keep being awesome, Bill! We’ll make sure to send you an invite to the next party.

6 Nicolas Cage Collects Just About Everything 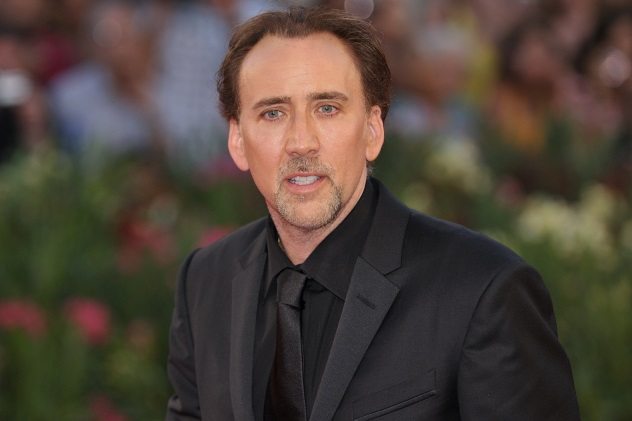 This actor is known for his weird habits and his hobby of collecting comic books. What most don’t know about Cage is that he collects basically everything. It turns out that this National Treasure actor spends his free time amassing treasures of his own.

Shrunken pygmy heads, a pet octopus, a dinosaur skull—you name it, Nicolas Cage has probably bought it. Aside from other exotic pets including an alligator, a shark, and two king cobras, Cage also has a lavish pyramid tomb at the St. Louis Cemetery No. 1 in New Orleans. It seems that the actor’s collection also includes nine Rolls-Royces among other luxury vehicles, 30 motorcycles, a castle, a haunted mansion, and even a private island.[5] Cage’s extreme purchases have led to financial problems for the actor. We wonder what he’ll buy next.

5 Drake Is A Basketball Star 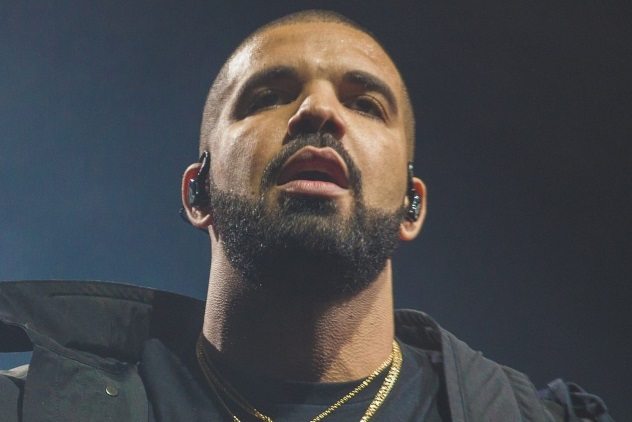 Photo credit: The Come Up Show

Okay, not quite. But this musician seems to enjoy pretending he is. Drake has made a name for himself as a rapper as well as a huge basketball fan. He has befriended numerous NBA players and attends games regularly. Drake’s love of the game goes even further, however.

In an interview, rapper Ninja of Die Antwoord hilariously recounts hanging out with Kanye West and ending up at Drake’s house for a pick-up basketball game. According to Ninja, Drake took this friendly game a little too seriously, even donning full NBA gear—headband and all. Drake would record the games and later spend hours editing them to put together the coolest shots of himself.[6] Now that is some footage we would love to see! 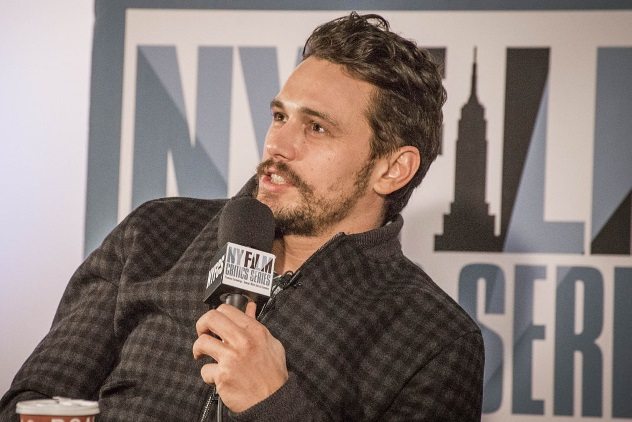 This eclectic actor’s collection of hobbies is by no means small. Aside from acting, Franco paints, takes part in performance art, published a collection of short stories, directed two short films, and even has a private pilot’s license. All of that wasn’t enough to keep Franco busy, as he decided to take up teaching in his free time as well.

Franco started teaching film students for a semester at NYU in 2011 and USC in 2013. According to students on Rate My Professor, his class was extremely easy. Some described him as caring, inspirational, and even “One of the best professors at NYU.” Franco continued to dabble in teaching in 2015, this time to students at Palo Alto High School for an eight-part film course.[7] We doubt anyone was skipping Professor Franco’s class!

3 Tom DeLonge Is A UFO Researcher 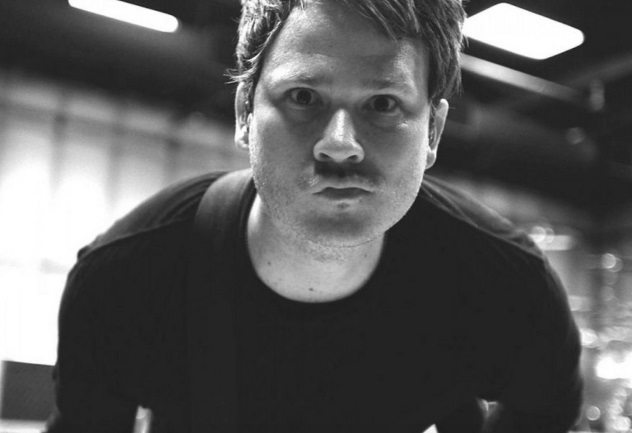 The guys from Blink 182 weren’t joking when they said “Aliens Exist.” Tom DeLonge has been making waves in the extraterrestrial research community and was named “UFO Researcher of the Year” in 2017. It seems DeLonge has left his successful music career with Blink 182 behind to focus on his alien obsession.

After parting ways with the band, DeLonge began researching UFOs and started To The Stars Academy of Arts and Science, aimed at doing just that. Working alongside the musician are many great minds, including former CIA agents and scientific researchers.[8] We’re not sure if DeLonge is really onto something or has just gone off the deep end, but his new hobby is interesting nonetheless. 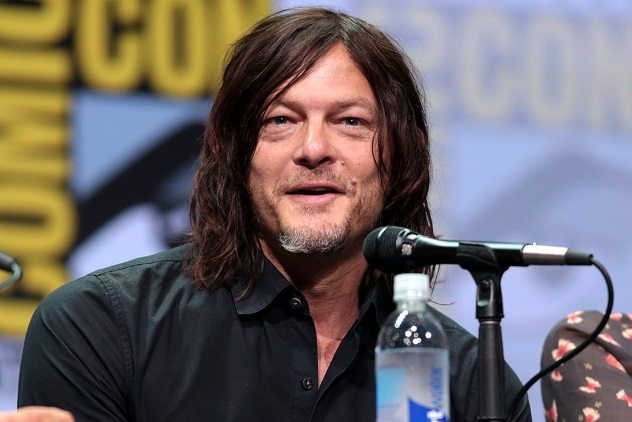 It’s not surprising that one of the lead actors on The Walking Dead is into some pretty strange stuff. It turns out Norman Reedus’s fans are just as crazy. One dedicated fan likely didn’t know what she was starting when she sent one of her breast implants to her idol. The silicone token of affection quickly became one of the star’s prized possessions.

This gift was so well-received by Reedus, in fact, that he soon acquired the sister implant. He stated, “I just want to collect more breast implants. So, yeah—send more breast implants.”[9] While the star was clearly joking, there’s no telling how many more additions to his collection he’ll receive. Any volunteers? 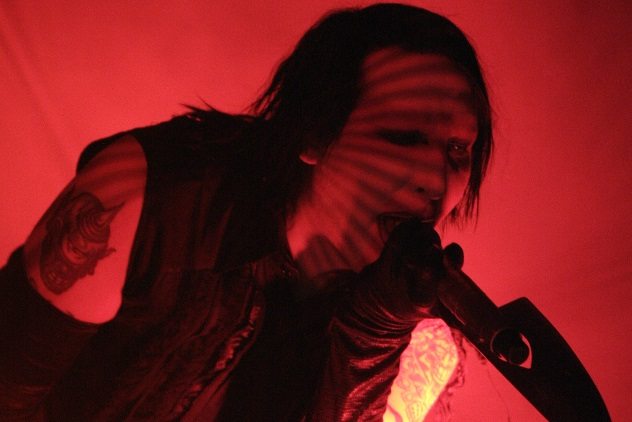 It makes sense that the guy rumored to have had his own ribs removed would have insane hobbies. A longtime absinthe drinker, Manson came out with his own version of the drink, appropriately named Mansinthe. According to Manson, he started making it after someone suggested he “was drinking so much of it, why don’t you just make your own label?”

Manson, also quite the interior designer, revealed that his home decor is inspired by the Hannibal TV show. His house is filled with creepy oddities like a painting by John Wayne Gacy, a gas canister used in chambers during the Holocaust, and a taxidermied fish with horns and chicken feet (gifted to him by Angelina Jolie and Brad Pitt).[10] Manson’s fascination with all things weird doesn’t stop there. His mansion also houses two human skeletons, African masks with real human skin, and an assortment of outdated prosthetic limbs. It’s not exactly a prime location for house parties!

I am a 21-year-old marketing student and part-time artist and writer.
Instagram: KimberlynRenee