Just when we thought that the world of spiders had no more surprises waiting for us, a new batch of creepy-crawlies proves us wrong. Whether they inspire wonder or just a plain ol’ case of the heebie-jeebies, spiders continue to shed new light on the natural world.

How many spiders have names that sound like they were inspired by ’80s cartoon villains? Skeletorus (Maratus sceletus), discovered in early 2015, is a species of peacock spider hailing from the southeast region of Queensland, Australia. What makes it unique from other peacock spiders are the stripes of white and light blue pigment decorating its mostly black body. This pattern led to this spider’s equally colorful name because the stripes resemble a skeleton across its entire body.

Yet what truly sets the skeletorus and others in the peacock spider family apart from other arachnids is the elaborate mating dance performed by the males. Displays of waving frontal arms coupled with the lifting and vibrating of the abdominal flap is used to attract the attention of females, who are the nondescript brownish color of dirt or tree bark.

Even aided by instinct, it is common to see males making displays for the wrong species of female. This can prove to be a fatal mistake for the male since the female usually dwarfs him. To add to the complexity of this ritual, the skeletorus, along with all other peacock spiders, has dance moves that are exclusive to each individual species. 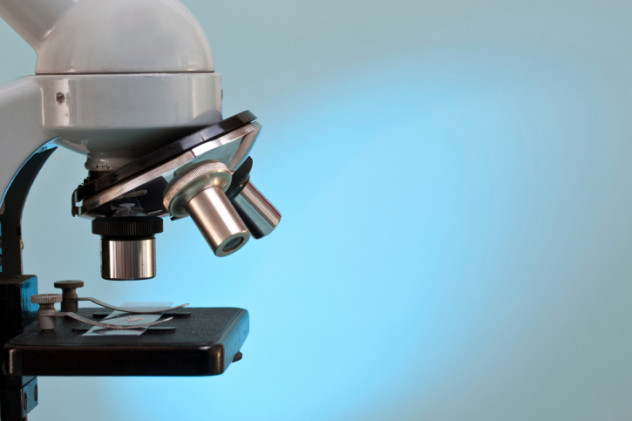 At 0.75 millimeters long, Mysmena wawuensis, an incredibly tiny orb-weaving spider, stands close to the Patu digua—0.37 millimeters—as one of the smallest spiders in the world. Being roughly three times smaller than a standard grain of white rice makes this spider and others of the Mysmenidae family of arachnids difficult to locate and study. The dense jungle floor of China where this spider resides also presents barriers to further research. This explains why it took until 2013 for this nearly microscopic spider to be discovered.

The only area Mysmena wawuensis is known to inhabit is the Wawu Mountain National Park in the Sichuan Province of China. This area is also known for its panda sanctuary where nearly a dozen of the endangered animals reside. If this small spider could remain overlooked, then we should wonder what other forms of life could await hidden among the foliage.

Poecilotheria – Tiger Spider documentaries made in India by lovetarantulas YOUTUBE.

When it comes to large spiders, the Indian tiger spider (Poecilotheria rajaei) surely takes the cake as a new and noteworthy figure in the world of arachnids. Discovered in Sri Lanka in 2009, this beastly fellow can grow up to 20 centimeters (8 in) in length. Luckily, this slightly smaller, arboreal relative of the South American goliath birdeater only carries enough venom to be lethal to small rodents, lizards, and the occasional small bird.

Due to rampant deforestation, this particular spider—along with as many as 15 other species of Poecilotheria—is in danger. Unfortunately, some species become endangered before scientists have sufficient time to study and classify them. And at the end of the day, it is nearly impossible to guess how many could have already gone extinct without humanity being any the wiser. It just goes to show that even spiders of an impressive size can sneak by, unnoticed by researchers. 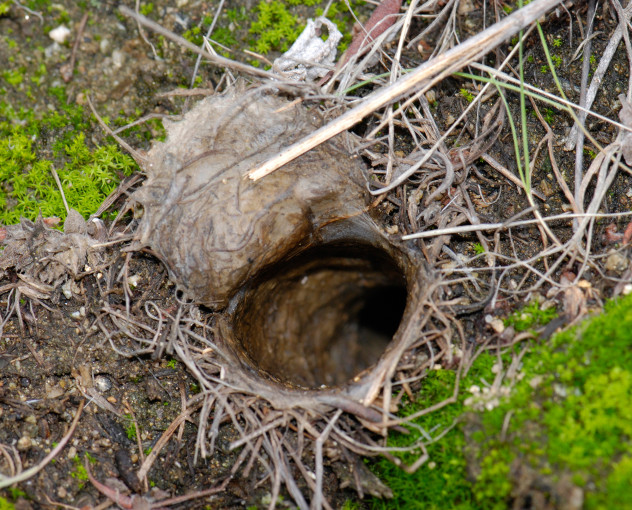 Discovered in 2011 near a small town in western Australia, the albino trapdoor spider is a truly rare find. Unlike most albino fauna, this spider remarkably lacks pigment on only its head while the rest of the body remains a dark brown. There are only three known species of spider in the world that have partial albinism, and the albino trapdoor spider is the only one that has it on just its head.

This half-dollar-sized spider has gained wide recognition as far as zoologists and spider enthusiasts are concerned. It is the only spider on this list that has yet to be given a proper scientific binomial name. Perhaps the difficulty in naming it comes from how very little is known about it.

The most accepted theory about the albino trapdoor spider so far is that it is a burrowing spider. The best we can do right now is make educated guesses because of how extremely rare it is to find in the wild. The unique features seem to put this spider in a category of its own and make it necessary to postpone its naming until further investigation. 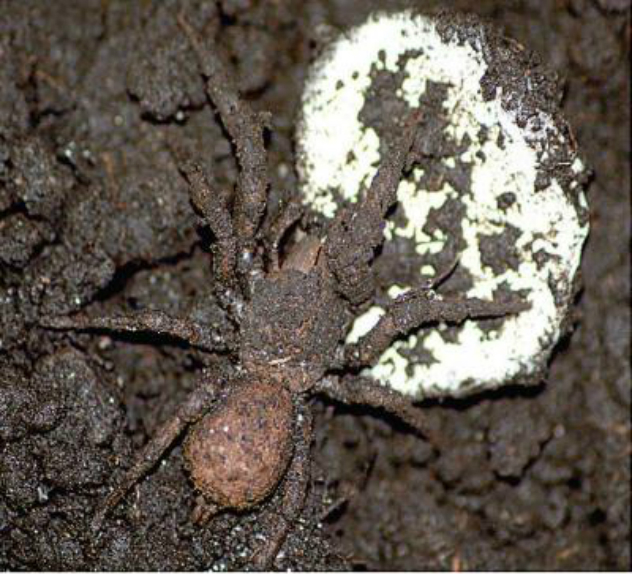 Hidden and unknown to man in the Volcan San Martin Biosphere Reserve until 2014 was a born master of disguise. Paratropis tuxtlensis, which gets its name from Los Tuxtlas, Veracruz, in Mexico where it was found, is a spider with a dirty trick up its eight tiny sleeves. Many spiders develop specific pigment that makes blending in with their habitat an easier act. However, Paratropis tuxtlensis and others in this family of spiders take disguise one step further by using soil particles to cover themselves in a layer of protective camouflage.

This spider possesses an exoskeleton that secretes a sticky substance from gland pores, which helps dirt cling to its body. The spider might as well be a part of the ground in the eyes of predators and unwary prey. As an added bonus, this layer of dirt provides protection like a suit of armor when the spider faces threats. It may even double as a method of making the spider taste bad to any larger predator looking for a snack. 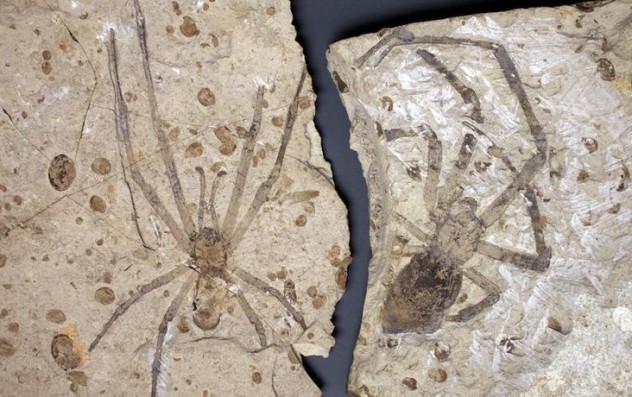 While it is true that this spider has been extinct for several millions of years, it still deserves mention as the largest spider fossil discovered to date. Mongolarachne jurassica measures 24.6 millimeters in length. Normally, the remains of ancient spiders are much more difficult to come by due to the rapid decay of their soft exoskeletons, which leaves us with few specimens to begin with. Since the discovery in 2011 of a female specimen, this spider was believed to have belonged to the orb-weaving genus Nephila, thus the given name Nephila jurassica. If this was true, it would have extended the history of the Nephila genus by over 130 million years.

However, a male specimen unearthed from deposits of volcanic ash in the same area as the female raised eyebrows. Comparison between the two specimens soon made this spider’s classification come into question. After close examination of the remains of both fossils, it was determined that they both belonged to an entirely new genus. It was then given the name Mongolarachne jurassica, which translates to “Mongolia spider.”

These Spiders Build Decoy Dummies of Themselves | National Geographic

Time and time again, the Amazon has proven itself to be an amazing host for many unusual spiders. In 2012, a suspected new member of the genus Cyclosa was discovered in the dense jungle and has been dubbed the decoy-building spider. To the casual onlooker, it would appear to be nothing more than a somewhat decomposed spider sitting in the middle of a web. Yet when inspected more closely, one would see that in the place where the head would be sits a smaller spider only about 1 centimeter (0.4 in) in length.

The dead spider is not a spider at all. In fact, the spider-shaped object acts like a scarecrow built by the smaller spider. Using nothing but debris, leaves, and the remains of other dead insects, the tiny craftsman creates a convincing decoy. So far, the most logical theory is that they build these decoys as a way to scare off massive damselflies that can prey on them. 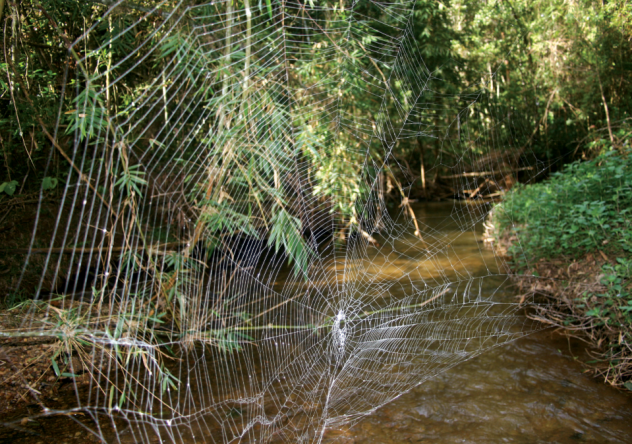 This next spider hails from the island of Madagascar, one of the richest hot spots of plant and animal diversity in the world. The Darwin’s bark spider (Caerostris darwini), officially discovered in 2009 but known about since early 2000, is no exception to this rule. It is to date the only spider in the world that builds its web systems over bodies of water like rivers and small lakes.

While that alone makes it unique, this spider also makes the biggest orb web of any single spider known to science. Some Darwin’s bark spiderwebs stretch to cover an area of 3 square meters (30 ft2). The web’s strength has been described as about 10 times stronger than kevlar body armor. This would make this particular spiderweb the toughest biological substance to date. This incredibly impressive specimen earned the right to be named in honor of Charles Darwin on the 200th anniversary of On The Origin of Species. 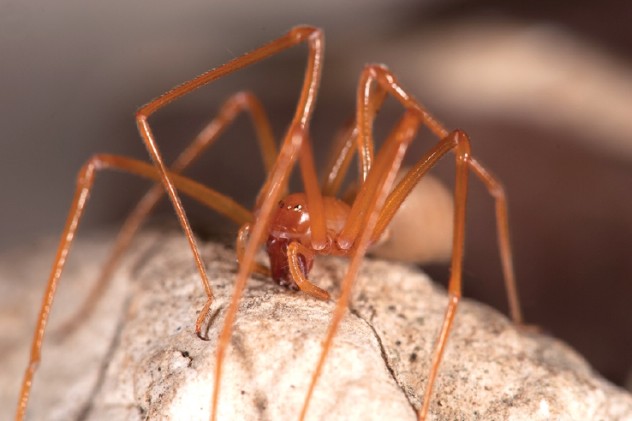 Not since 1890 has a newly discovered spider in America required a new genus, family, and species to classify it. Meet the trogloraptor, living proof that there are very few places on land, regardless of condition, that a spider cannot call home. This handsome guy was discovered in late summer 2012 living in cave systems in Oregon.

This spider, unlike any other, has special serrated talons at the end of each arm. This trait is where it gets its charming name, which means “cave robber.” When it was found, it was using these talon arms to suspend itself from the cave ceiling by a strand of its own silk.

As of now, there are theories that it could be a relative to the goblin spider, but very little so far is known about these cave dwellers. Attempts to feed the captured specimens have failed, showing that they prefer a specific diet. This spider is so alien to us that even what they eat remains a mystery.

When it comes to getting from point A to B in style, no spider does it quite like the Moroccan flic-flac spider (Cebrennus rechenbergi). This spider was discovered in Moroccan sand dunes in 2014 by German scientist Ingo Rechenberg. Like a trained circus acrobat, this spider is capable of propelling itself forward and backward through a series of somersaults when threatened or provoked, a feat that no other spider in the world has been found to share.

This little trick of the flic-flac does a great service in doubling its normal speed. This method of movement served as inspiration for Dr. Rechenberg to construct a robot that moves in much the same way, thus continuing the tradition of science looking to nature for insight. While his robot is nowhere near its final stages of development, Rechenberg plans to someday use it to survey the surface of Mars.

Zachary Shives enjoys caffeine, singing the blues, and the infinite wonders of the universe.