Many of us grew up learning to read with Dr. Seuss. While we’ve talked about how his affair led to his wife’s suicide already, there are many more stories you may not know about the life of Dr. Theodor “Seuss” Geisel, the man often regarded as the most notable children’s author who ever lived.

10 His Unfortunate Experience With President Roosevelt 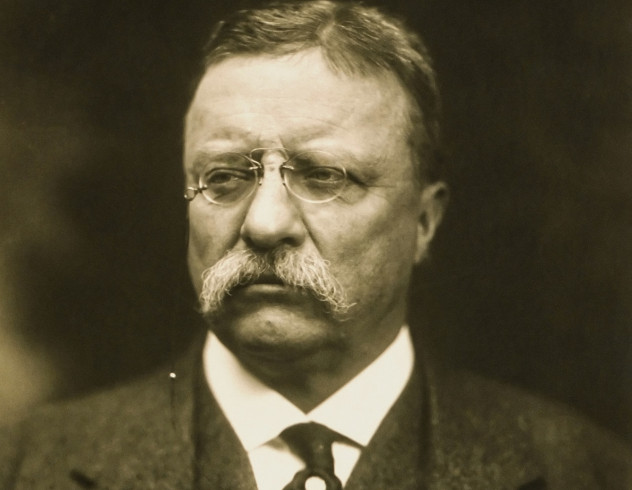 Dr. Seuss was a very shy person. He was afraid of crowds and would do anything to avoid them. He developed this phobia during his days as a member of the Boy Scouts in Springfield thanks to President Theodore Roosevelt and the Boy Scouts of America.

A descendant of a German immigrant living in the United States during World War I, Dr. Seuss was given war bonds to sell. His grandfather, a German-American, bought $1000 worth of bonds to display his patriotism to the American cause. As a reward for being among the top 10 sellers, Dr. Seuss was to be given a medal by President Theodore Roosevelt.

On that fateful day, someone mistakenly handed President Roosevelt nine medals instead of 10. When Seuss—the unlucky number 10—came for his medal, a baffled President Roosevelt roared “What’s this boy doing here?” Rather than explain the mix-up to the president, the scoutmaster simply dragged the terrified Seuss off the stage, leaving him with a bad encounter that haunted him for the rest of his life. 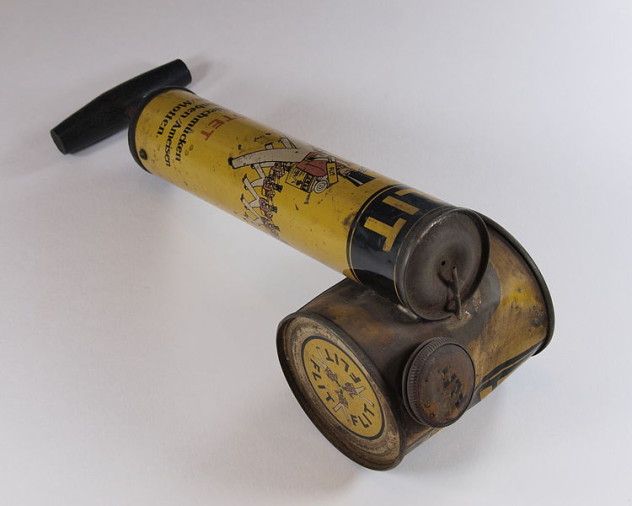 Before he began his career as a writer, Dr. Seuss worked as a cartoonist for Judge, a New York City magazine. It was there that he drew an illustration that would later turn his life around. The illustration was that of a knight complaining about how a dragon showed up in his castle just after he used “Flit” insecticide. The cartoon caught the eye of the wife of an advertising executive working for the Standard Oil Company, which produced an insecticide called “Flit.” She urged her husband to hire him, and the slogan “Quick, Henry, the Flit!” was born.

The slogan was so popular that it launched Dr. Seuss into the limelight. He was soon working on ads for Gilbarco, NBC, Ajax Cups, Ford, and several others. The money he made from advertising helped him and his wife through the Great Depression. It also helped him to launch his writing career. Many of the characters that would later feature in his stories were first introduced in these ads.

It’s a mistake to assume Dr. Seuss blessed only children with his writing prowess. After joining Random House, he made an odd request to his publisher, Bennett Cerf, that he should be allowed to publish adult books. The book, entitled Seven Lady Godivas: The True Facts Concerning History’s Barest Family, was exactly what you’d expect from an author famous for writing children’s books. It was absurd and nothing short of a failure.

The book told the story of the always naked Godiva sisters, who were each in a relationship with one of the Peeping brothers. They vowed not to marry until they had told everybody in their town about the dangers of horses after their father was killed by one. Of the 10,000 copies that were printed, only 2,500 were sold, leaving poor Dr. Seuss depressed. He said he had planned to draw the sexiest ladies he could imagine, but they ended up looking absurd.

7 He Was Afraid Of Kids 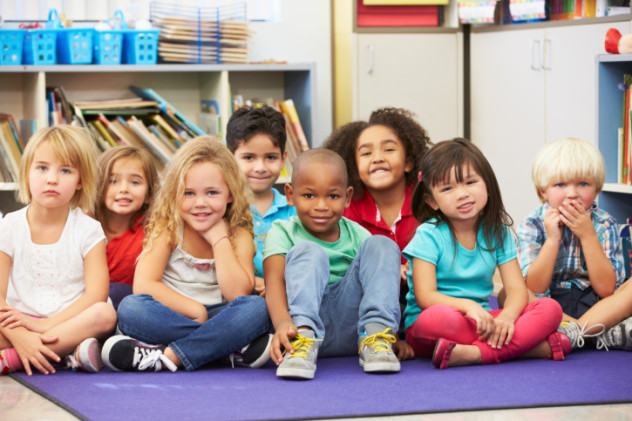 Although Dr. Seuss wrote books for kids, he disliked them. He found children terrifying—most especially when they were in large numbers—and always took time to avoid meeting with them. When he was once asked why he had no kids of his own, he replied, “You have ’em; I’ll amuse ’em.”

Dr. Seuss wanted to mend “a broken society” by teaching the children in that society what was right and what was wrong. That’s why the plot of his stories were usually about greed, prejudice, stubbornness, environmental decay, and other wrongs.

Beatrix Potter, famous for her beloved animal characters like Jemima Puddle-Duck, Mr. Jeremy Fisher, and Peter Rabbit, once traumatized a young Roald Dahl when he insisted on seeing her when he was a child, telling him, “Well, you’ve seen her. Now buzz off!” Dahl, who went on to charm children worldwide with books like James and the Giant Peach and Charlie and the Chocolate Factory, has also been accused of having very little love for children himself.

“The Lorax” is a Dartmouth Tale

In fall 1921, Dr. Seuss enrolled in Dartmouth College, where he joined the Sigma Phi Epsilon fraternity and the school magazine, Dartmouth Jack-O-Lantern. He was later asked by the Dean to resign from all extracurricular activities, including the school magazine, after he was caught drinking gin. Desperate to continue writing for the school paper, he began using the pen name “Seuss,” which was actually his mother’s maiden name. Dr. Seuss used to jokingly say that he was saving his real name for his first novel.

Very few people pronounced “Seuss” correctly after he started using it, though. The name is German and actually pronounced “Soice.” When Dr. Seuss came to know about the American pronunciation of his name, he chose not to correct it because he believed it was an advantage for someone who wrote children’s books—its pronunciation sounded similar to that of Mother Goose.

The Butter Battle Book, which was published in 1989, was Dr. Seuss’s most controversial book. The book, an arms race allegory of the Cold War, was so controversial that it was banned in some places in the United States and Canada. It was about two communities, the Yooks and the Zooks, who lived on opposite sides of a wall and quarreled over which side ate bread the proper way. This developed into a larger conflict when both sides designed weapons and attacked each other. The book ended with both sides on the verge of dropping a bomb on each other.

Seuss portrays war as pointless in the book. The wall between the two communities can be seen as a nod to the Berlin Wall with the inscription “Yooks are not Zooks. Keep your butter side up!” on it. When asked why he did not end the book on a happy note, Dr. Seuss replied, “I would have gotten into dishonesty. That’s the situation as it is.”

World War II was the period in American history when artists were allowed to be the most racist toward the Japanese. Several artists joined the racist bandwagon, including Dr. Seuss, who contributed to it with his cartoons. His hate cartoons were not limited to the Japanese. He also made a mockery of Adolf Hitler and every other enemy of the United States during the war. However, his anti-Japanese cartoons stood out because they were overtly racist. Every Japanese person he drew had slanted eyes, a pig’s nose, and buckteeth. Dr. Seuss advised Americans to “wipe that sneer off Japan’s face” by buying war bonds.

After the war, Dr. Seuss was sorry about his racist cartoons, and this influenced his decision to write Horton Hears a Who!, which he dedicated to a Japanese friend. The book was intended as an apology to the Japanese people for his racist cartoons during the war.

Private Snafu is a less-than-ideal soldier. He’s too talkative, lazy, and very likely to put his colleagues in trouble. Snafu’s voice was provided by Mel Blanc, who’s famous for voicing Daffy Duck and Bugs Bunny. Dr. Seuss wrote the script for the 27 short videos produced between 1943 and 1946. One of the final episodes of the cartoon, Going Home, was prevented from seeing the light of the day in 1944 after it referenced a powerful secret bomb to be used by the United States against Japan.

A Person’s a Person No Matter How Small

Dr. Seuss was a liberal who often channeled his personal views into his book. This usually led to controversies concerning his books’ political undertone. In Horton Hears a Who!, when Horton is mocked by his comrades for protecting the people of Whoville, he defends his actions with the statement, “A person’s a person, no matter how small.” Anti-abortion activists would later take the statement and make it their slogan. His wife, Audrey, was disturbed by the situation and said that neither she nor her husband would allow his characters to be used for political purposes.

Dr. Seuss can be fondly remembered for his little contribution to Nixon’s exit. During the Watergate scandal, he sent a version of his poem “Marvin K. Mooney Will You Please Go Now!” to his friend Art Buchwald of the Washington Post with the new title “Richard M. Nixon Will You Please Go Now!” Buchwald published the poem. As recently as 2009, British politician Daniel Hannan made use of the poem to mock then–Prime Minister Gordon Brown. 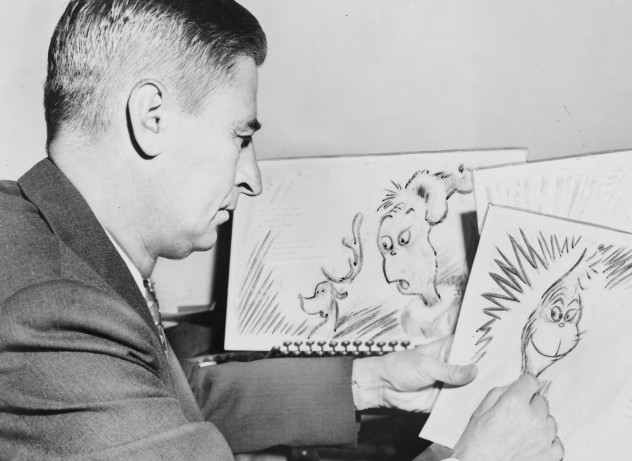 Theodor Seuss Geisel passed away at the age of 87 in September 1991 in La Jolla, California. He died of throat cancer and was cremated with no memorial held in his honor at his own request. The last book he published before his death, Oh, the Places You’ll Go! is often given out as a gift to graduating students to inspire them.

Dr. Seuss’s death does not mean we’ve seen the last of him, however. His legacy lives on in the lives of most adults he inspired to read when they were children. In 2013, a long-lost manuscript written by Dr. Seuss was unearthed by his widow, Audrey, and secretary, Claudia Prescott, in his home. The manuscript was found in a box full of sketches and stories. Three books would be published from the manuscript. The first, titled What Pet Should I Get?, is coming out in July 2015.