Artworks are lost for several reasons. Disasters – both natural and man-made, war, repression by political or religious authorities, or destruction at the hands of artists themselves seem the most common cause. Whatever the reason, a lost artwork is always a huge loss to our shared cultural heritage. 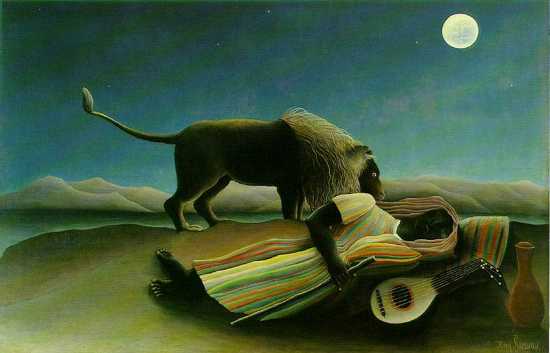 Henri Rousseau was a post-impressionist painter whose child-like works had a profound impact on the surrealist, expressionist and primitivist movements. Alfred Jarry was a genius playwright whose own work had a huge impact on the course of modernist theater, influencing Dada, Surrealism, and the Theater of the Absurd. According to popular legend, Jarry in fact inspired Rousseau to paint by declaring he had the face of an artist. In 1895, Jarry, who had written some positive reviews for the now noteworthy Rousseau, sat for a portrait by the artist. Frustrated by vanity, Jarry could not stand the results and promptly destroyed the canvas, thus depriving today’s audiences of a glimpse into the world of two precursors to so much modern art. 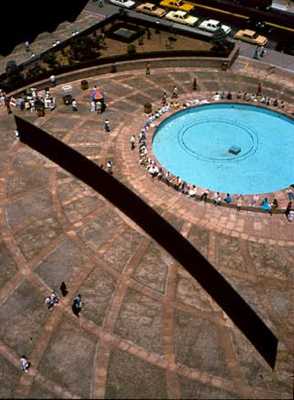 Minimalist artist Richard Serra’s massive Tilted Arc, which featured 2.5 inch thick steel sculpted to be 120 feet long and 12 feet high, was commissioned by federally funded arts organizations for the Federal Plaza in New York City in 1981. Over the years, the sculpture was opposed for reasons of maintenance cost (it had become an attraction for graffiti artists), convenience (it made movement around the Plaza difficult), and for aesthetic reasons (many publicly declared the work an eyesore). In 1985, a decision was made to destroy the work. Four years and many court battles later, the work was scrapped for steel by federal workers. Serra believed the piece altered the visual perception of the viewer’s environment. Unluckily for Serra, the public perception of Tilted Arc seems to be that something as solid as steel can be altered into invisibility at the pound of a gavel. 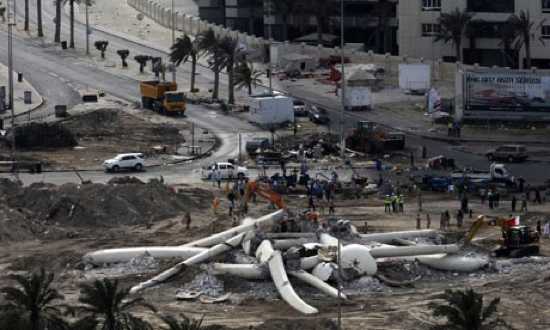 In Bahrain, Pearl Square became the site of sweeping protests for democratic reform and economic equality in February 2011. Central to the square was Pearl Monument, a massive sculpture featuring six sweeping arches, representing the six Gulf states that make up the Gulf Cooperation Council, holding a pearl, a symbol of wealth. After several weeks of demonstrations, the Bahrain government removed the protesters through military power. The sculpture, which had begun to hold symbolic meaning to the protesters and their sympathizers, was destroyed by the government. A migrant crane worker was crushed to death during the demolition of the monument. 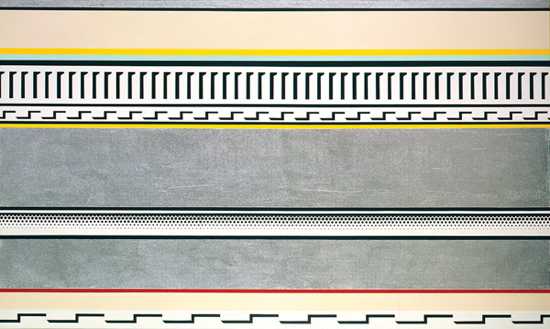 In the early 1970s, pop artist Roy Lichtenstein took a break from appropriating comics and began making canvases based on entablatures. Entablatures are moldings decoratively placed horizontally above the columns on buildings. Lichtenstein copied designs from Greco-Roman sources in his typical style, giving the motifs a modern edge. Several of the original canvases were housed in one of the Twin Towers and were destroyed during the 9/11 attacks. 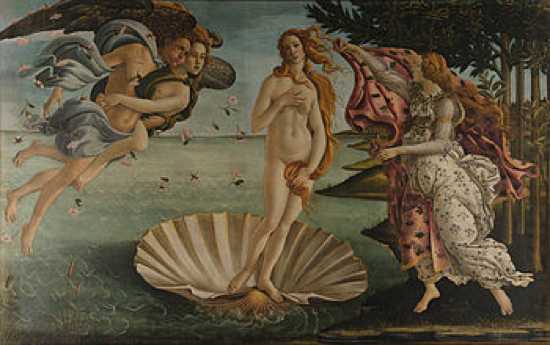 Many works of great importance to Western art have been lost in a series of events termed the Bonfire of the Vanities, a practice initiated by an Italian priest in the late 15th century wherein artworks depicting secular or mythological themes or images deemed sinful were destroyed by fire. Perhaps the greatest loss to our cultural heritage is the destruction of several paintings by Sandro Botticelli that are based on mythological and pagan lore. Botticelli’s use of Greco-Roman and pagan themes stirred the interest in the ancient arts and sciences that were crucial to the development of the Renaissance. It is a great deprivation that the works of his that remain after the fires are mostly meditations on religious themes and not the more stringently humanist, mythological, and sexual themes he was renown for during his life. 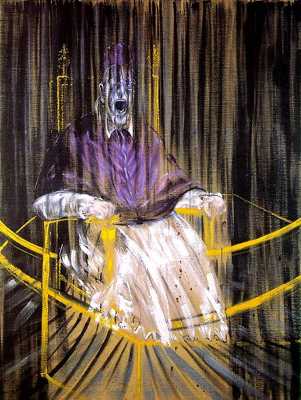 Francis Bacon was a giant of modern art who left both his critics and the general public in awe of his hallucinatory and visceral canvases. The Velazquez series is generally considered to be not only one of his masterworks, but also one of the masterworks of 20th century art. Unfortunately, Bacon himself was rarely satisfied with his work and was also prone to alcohol fulled fits of rage in which he would destroy his canvases. The third in his landmark Velazquez series was one of the more notable victims of his despair.

Film noir maverick Henri-Georges Clouzet directed the documentary the Mystery of Picasso, which features the eponymous aged and shirtless master creating whimsical drawings and paintings. Filmed in an innovative manner that allows the audience to see Picasso’s simple, abstract, but powerful figures come to fruition brush-stroke by brush-stroke, it seems the process was more important than the result for both filmmaker and artist. All of the works created for the film were destroyed upon completion, so they would exist nowhere but on celluloid. The French government declared the reels a national treasure.

3
Man at the Crossroads
Diego Riveria 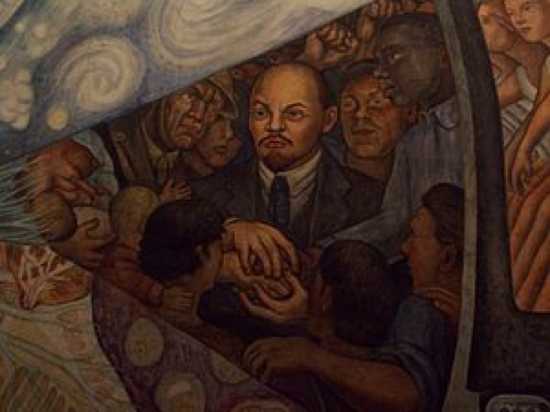 Commissioned by Nelson Rockefeller to create a mural for the entrance to Rockefeller Center, Diego Riveria was given the theme “man at the crossroads,” a utopian sentiment chosen by Rockefeller to stir ambitions for a hopeful political future in the viewer. Riveria had ambitions for a very different political future than his patron when he painted two leftist heroes, Trotsky and Lenin, standing amidst a crowd of workers. Rockefeller demanded the painting be altered, but Riveria refused. The painting was covered with a curtain upon completion, an act which was met with many protests. Despite the public outcry, the mural was destroyed by workers. 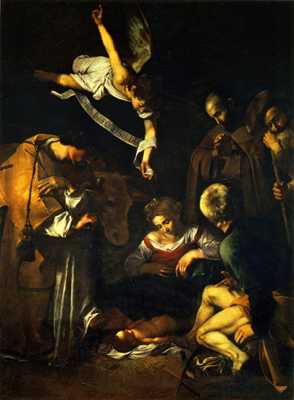 Caravaggio’s stunning Nativity, which demonstrates the qualities that have made him so revered – his controversial naturalism, dramatic use of chiaroscuro, use of imperfect models, and loose pairing of historical subject matter – was stolen in 1969 from a church in Sicily, Italy. The theft is assumed to be the work of the Sicilian mafia. A former mafia figure turned police informant has stated that the painting has passed through several hands, ending up in storage in a farmhouse where it was destroyed by animals. The owner at the time burned remains of the painting upon discovering it in scraps. The FBI is still attempting to recover the painting and has listed its value at $20 million dollars. 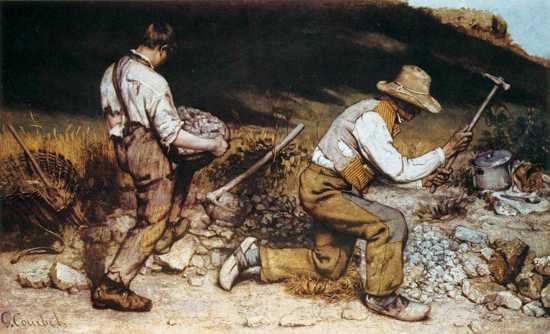 Courbet’s landmark painting shocked bourgeois audiences upon its 1850 debut at the Paris Salon. The masterpiece is a monumental depiction of lowly peasant labor. Courbet had bravely paired a canvas size typically reserved for royal portraits or religious paintings with a topic generally shunned by high art practitioners of the period. The Stonebreakers has proved hugely influential for its bold assertion that everyday activities are an acceptable theme for high artwork and for ushering the social realist tendency in visual art. The original canvas was destroyed during the U.S. Military’s air attack on Dresden, Germany in 1945.