We all have our celebrity heroes—people who teach us, who inspire us, and who we just think are downright cool. But if you’ve ever read a tabloid or celebrity blog, you’ll know that the vast majority of famous people aren’t anywhere near as admirable as we’d like them to be. Drug abuse, alcoholism, and casual sex are common vices among the rich and famous . . . but sometimes, a person’s shortcomings can be much more sinister and, what’s more, one of their best-kept secrets.

When you consider that Mahatma Gandhi, a revered leader in the quest for India’s independence, was shockingly racist, or that Hollywood actor Mark Wahlberg gouged a man’s eye out at age 16, it’s plain to see that even the most high-profile of household names can have dark pasts and controversial opinions that most of the general public don’t know about.

No, celebrities definitely aren’t perfect—sometimes, they can be anything but.

In his movies, Sean Connery’s take on James Bond didn’t exactly treat females with the utmost respect. Sadly, off screen the Scottish actor doesn’t appear to be much different. He has denied allegations that he beat his ex-wife, Diane Cilento, when she refused to give up her film career after they got married. However, in several interviews he has expressed an indifference toward domestic abuse, most notably in a 1965 Playboy article, where he stated that he felt an “openhanded slap” every now and then was no big deal if a woman was provoking him.

Closer to the present day, in 1987 Connery told television personality Barbara Walters that in situations where a woman won’t let you have the last word, it is “absolutely right” to hit a woman. Admittedly, maybe one of the reasons why the actor portrayed 007 so well is because of his own personal similarities to the character. As Connery has pointed out himself, Bond is “never in love with a girl” and can be “decisive, cruel even.” Sound familiar? In spite of this, Connery remains a highly respected celebrity and went on to receive knighthood in 2000.

Before he was the charismatic host of Inside the Actors Studio, a young James Lipton spent a year in postwar Paris during the 1950s. In order to pay rent, he found himself associating with organized crime—more specifically, representing prostitutes. He befriended a woman of the night. After learning of his money woes, she helped him get involved with le milieu, eventually allowing him to represent (and take a cut of the profits from) an entire bordello.

Risky business, for sure, but prostitution was more or less legal in France at the time. Being a “mec” was regarded as a respectable profession. Unlike a pimp, Lipton says, he acted as an “agent” for the women, never exploiting or abusing them. In retrospect, however, the highly esteemed actor is now against paying for sex and has said that “if you can’t earn it on your own, then you don’t deserve it.” 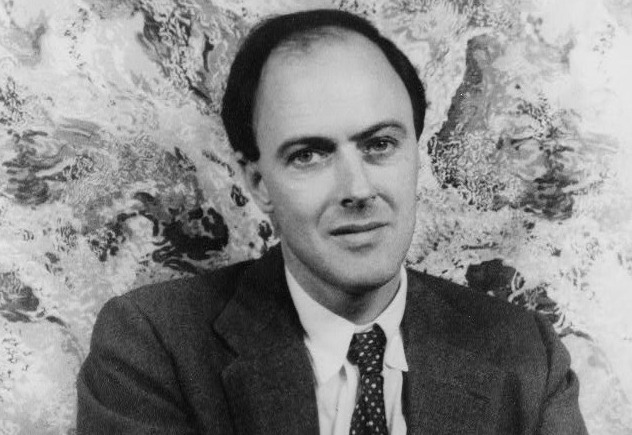 As much as we’d like to say it ain’t so, the creator of such lovable characters as Willy Wonka, Matilda Wormwood, and the BFG had some personal demons that people tend to overlook when remembering what a great guy he was. On a day-to-day basis, Dahl could be generally quite rude and self-righteous. One of his contemporaries, Donald Sturrock, made a documentary about the children’s author in 1986 and later commented that Dahl “criticised others but was himself beyond reproach.”

But Dahl’s most outstanding flaw was his unabashed anti-Semitism. In 1983, he gave an interview with the British magazine New Statesman, in which he said “There is a trait in the Jewish character that does provoke animosity” and that he believed “even a stinker like Hitler didn’t just pick on them for no reason.” In a 1990 conversation with a writer for the Independent, Dahl referred to himself as both “anti-Israel” and “antisemitic.” Say what you will about his storytelling abilities, but the man himself was certainly nothing short of a Twit. 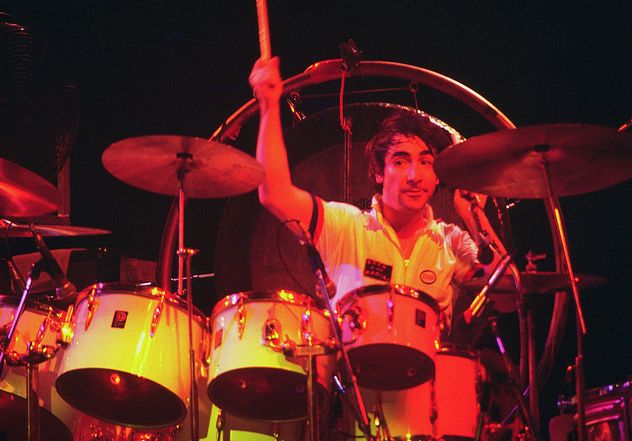 Keith Moon was the drunken and eccentric drummer for the English rock band The Who. Sadly, while there were many occasions in Moon’s brief but memorable life that could be celebrated with a few rounds of Foster’s, there was one moment that stood out as particularly sobering: a night in 1970, when the musician accidentally hit his bodyguard and close friend Neil Boland with his car, killing him.

Outside a pub in Hatfield, Hertfordshire, a group of skinheads swarmed Moon and his entourage, and began attacking his Bentley. Neil Boland kept the mob at bay while his friends made a safe getaway, with Moon behind the wheel. They traveled a short distance only to realize that Boland had been swept under the car and dragged the whole way down the road. The bodyguard was pronounced dead at the hospital, and while Moon was charged for drunk driving, the coroner ruled Boland’s death as accidental, clearing the drummer of any murder charges. 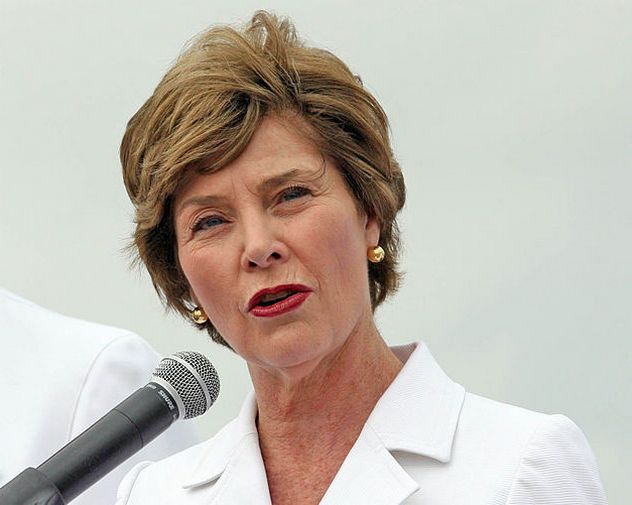 As far as the Bush family is concerned, it’s usually George W. who gets put under scrutiny for his morals. As it turns out, the former First Lady’s record isn’t exactly untarnished either. At age 17, Laura Bush (then Welch) ran a stop sign and struck the Chevrolet Corvair of her close friend Michael Dutton Douglas, breaking his neck and killing him.

Welch and her passenger were treated for minor injuries, and no charges were filed against her. She never attended Douglas’s funeral nor spoke to his parents, though she went on to express regret over this in her autobiography, wherein she describes the accident itself in great detail. The incident remained a secret, kept even from family members, until her husband began to gain traction as a politician. Bush’s daughters only found out about the crash when it was revealed to the public during George W. Bush’s first presidential run in 2000. 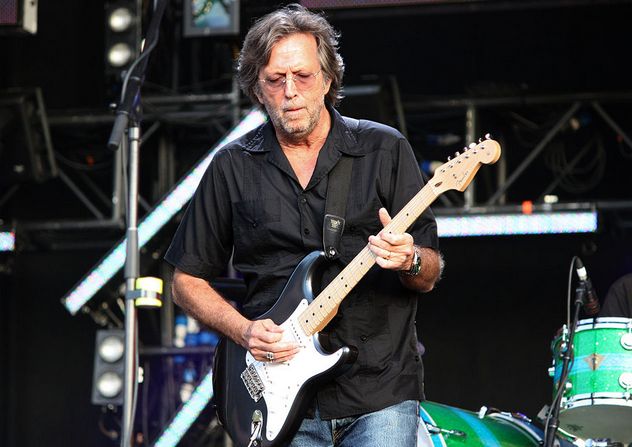 Prejudice against immigrants was already an overwhelming problem in the UK during the 1970s. The fact that Eric Clapton, one of the most influential English musicians of that decade, had no qualms about expressing his hatred of foreigners in front of thousands of people wasn’t really helping. At a concert in 1976, an intoxicated Clapton made a shameless show of support for Enoch Powell, a member of the Conservative party with a few rather controversial opinions on immigration.

The singer’s rant included remarks like “I think we should send them all back” and a regurgitation of the National Front’s infamous slogan “Keep Britain White.” Clapton didn’t hold back on the racial slurs either, adding “Get the wogs out. Get the coons out.” It was allegedly this outburst that led to the creation of “Rock Against Racism,” a campaign to combat the bigoted views of celebrities like the “Tears in Heaven” singer. 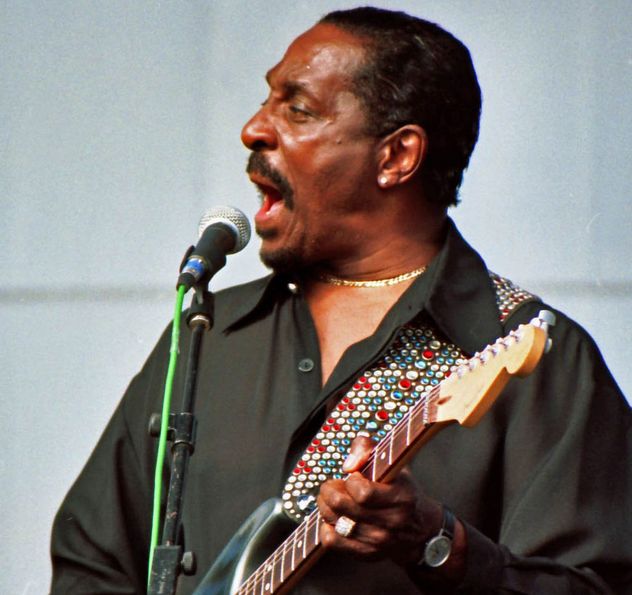 This pioneer of soul music was a notorious womanizer during his lifetime, having been married at least five times (although Turner claimed the number was much, much higher, sometimes reporting to have gotten hitched to as many as 13 different women.) It’s a fairly well-known fact that he tended to use force against the women in his life, particularly fellow musician Tina Turner, but the extent of the violence was really only made clear after his death in 2007.

In an interview with Oprah, Tina related that during her first ever argument with Ike, he hit her several times across the head with a wooden shoe stretcher and then pressured her into going to bed with him afterward. Their marriage ended in 1974, following an especially vicious fight in their limousine before a concert, which caused Tina’s eyes to become sealed shut with dried blood. In his later years, Mr. Turner admitted he regretted losing Tina, but said he was “not ashamed” of anything he’d done. 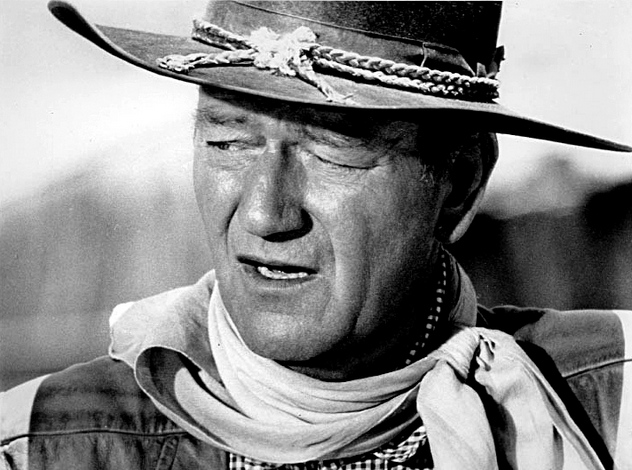 John Wayne was a celebrated Hollywood star and a hero of the Western film genre, but he probably wasn’t one of the most politically correct fellows you could meet. This stems from another revealing Playboy article—this one exposing John Wayne’s less-than-impressive attitude toward Native Americans. When asked if he felt any empathy for the native people that featured so often in his movies, Wayne replied that he didn’t feel the colonists “did wrong in taking this great country away from them” and that “the Indians were selfishly trying to keep it for themselves.”

This interviewer must have been decidedly pressing, because—almost in the same breath—Wayne said some pretty silly things about black people, too, stating that he believed in white supremacy “until the blacks are educated to a point of responsibility.” Speaking from a director’s perspective, he also said that while he had cast African Americans in his movies before, he wouldn’t “go so far as hunting for positions for them.” Perhaps the Quiet Man should have stayed quiet. 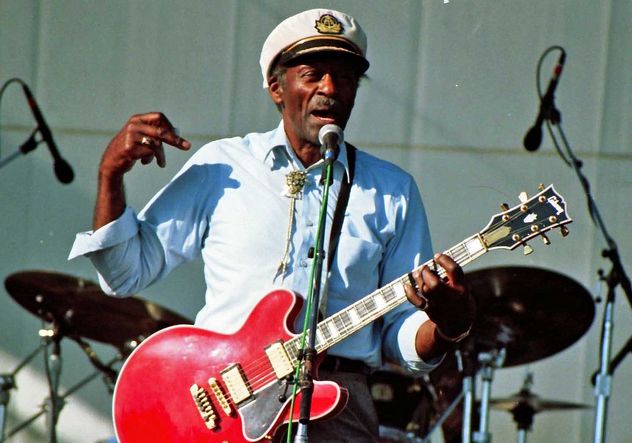 Chuck Berry has achieved a lot of great things in his lifetime—performing at the White House, inspiring the Beatles, basically inventing the genre of rock and roll—but going into the restaurant business in the ’80s was a bit of a step in the wrong direction. Not because of the economy, but because it allowed him to satisfy certain urges in a particularly creepy (and illegal) way.

In December 1989, one of the cooks at the Southern Air restaurant in Missouri reported that Berry had set up a hidden camcorder in the women’s bathroom. After raiding his estate near Wentzville, authorities allegedly found 62 grams (2.2 oz) of marijuana and footage of several customers, one of whom was a minor, using the restroom. Although Berry was never tried in court for this, he reached a settlement with the women involved, causing him to shell out an estimated $1.2 million. 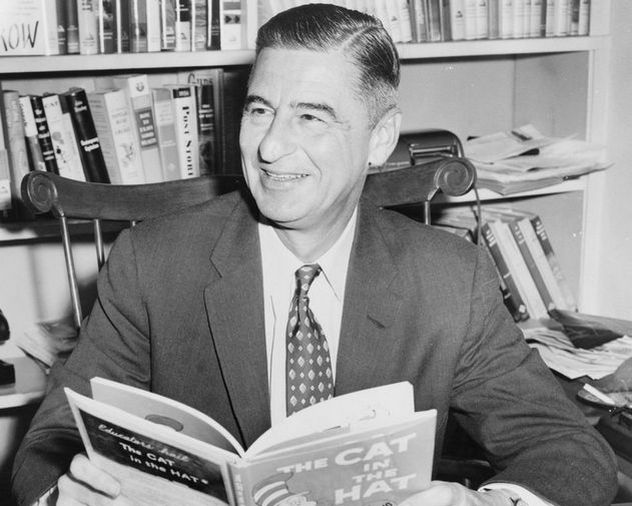 The beloved children’s author, renowned for his intense rhymes and inventive vocabulary, was probably less of a neat guy than his wacky books about dapper cats and hairy beasts would have you believe. Dr. Seuss, also known by his less prestigious-sounding birth name, Ted Geisel, was married to fellow writer Helen Geisel for 40 years. Thirteen of these Helen spent suffering from a plethora of life-threatening illnesses, including cancer.

As she neared the end of her life, her husband became interested in another woman named Audrey Dimond, who was younger than him by 18 years and also already married. Helen committed suicide by overdosing on medication when she learned of the affair. Dr. Seuss was wed to his mistress within a year of his first wife’s death. Not to mention that, due to the many film and TV adaptations of Seuss’s stories, Dimond went on to be a considerably wealthier woman than her predecessor in the decades that followed. You’re a mean one, Mr. Geisel.