Mythology and folklore have long been a means of vicarious wish fulfillment. A woman who struggled to conceive long ago might have taken comfort in these stories of miraculous pregnancies, no matter how strange or unbelievable they seemed to be. 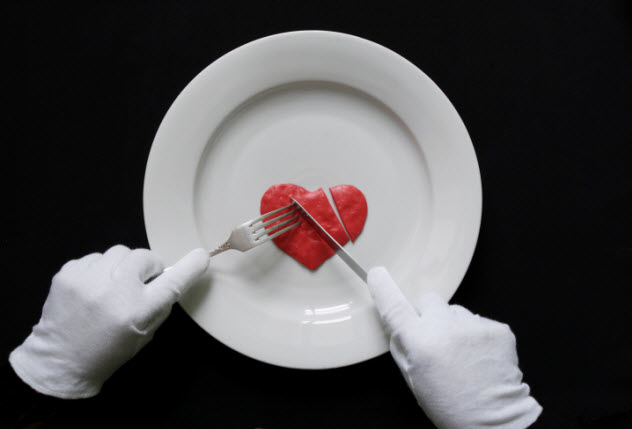 In the Sicilian folktale “Saint Oniria,” two hunters get lost in the woods and find a luxurious cottage. They make themselves at home and are drawn to the fireplace by a “heavenly aroma,” which turns out to be a human heart buried under the firewood.

This heart has hypnotic power: The hunters can’t resist taking it with them, and when they arrive at an inn, the innkeeper’s daughter can’t resist stealing and eating it.

Despite being a virgin, the daughter becomes pregnant. She is beaten by her father, who believes she’s disgraced the family. But once the child is born, it’s revealed that the heart belonged to Saint Oniria, who’d been killed in a fire and returned to Earth to teach moral lessons to the abusive father and the rest of humanity.

There are similar stories throughout Europe. Most involve a dead hermit (rather than a saint) and a young woman who either smells or eats his heart (or some other portion of his body) to bring him back to life. But this version is the only one that has a Second Coming of Christ theme in it.

9 Eating A Grain Of Wheat As A Chicken
Welsh Mythology 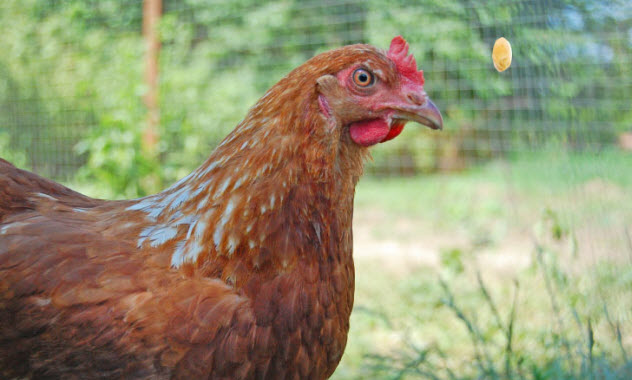 During King Arthur’s rule, an enchantress named Ceridwen finds the recipe for a potion that will grant beauty and wisdom to her ugly, dim-witted son. This potion has to be boiled for one year and one day, so she leaves the cauldron in the care of a servant boy named Gwion Bach. While he stirs the concoction, three drops splash onto his finger and burn him. He puts his finger in his mouth and absorbs the beauty and wisdom intended for Ceridwen’s son.

The cauldron then splits in half because all the enchantment is contained in those three drops, while the rest is corrosive poison. When Ceridwen discovers what happened, she’s furious. So Gwion Bach turns into a hare (the potion also gives him the power to shape-shift) and runs away. Ceridwen transforms into a greyhound to chase him down. So he turns into a fish and jumps into a river. She goes after him as an otter. He turns into a bird and takes off flying. She flies after him as a hawk.

Finally, Gwion Bach drops from the sky as a grain of wheat. Not to be outdone, Ceridwen turns into a hen and swallows him. When she discovers she’s pregnant, she plans to kill the child after it’s born. But the baby is so beautiful that she has mercy on him, puts him in a bag, and throws him into the ocean instead.

Luckily, the baby washes up on shore, is rescued by a prince, and grows up to become the famed Welsh poet Taliesin, who has never confirmed nor denied this story of his birth. 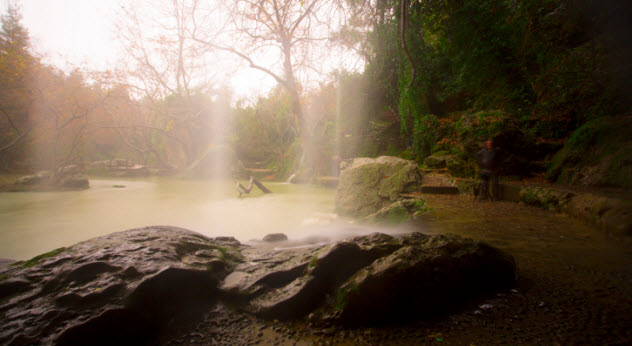 Navajo mythology has two important female figures: the Changing Woman, who represents the Earth and the seasons, and her sister, White Shell Woman. Apparently, they were too important to be satisfied with regular men.

One day, the sisters were out walking and suddenly felt in need of male companionship. So Changing Woman lay on a rock and spread her legs out to the Sun (which somehow resulted in her first menstrual cycle), while White Shell Woman lay in a mountain stream and became the wife of water. 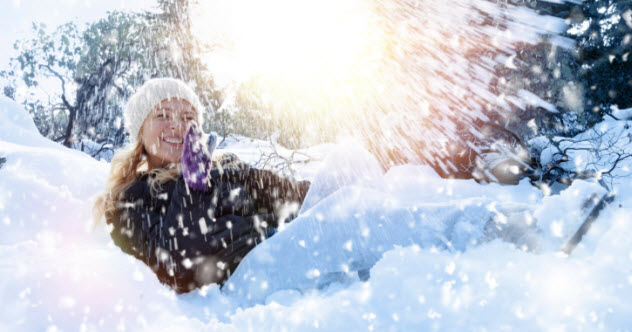 Although there are many variations of “The Snow Child” throughout Europe, the basic premise is mostly the same: The husband goes sailing for several years and comes home to find his wife has given birth. He knows the child can’t be his. His wife claims she was impregnated by eating a snowflake or falling into a snowbank.

But they don’t all end that way. “The Snow Daughter and the Fire Son,” a tale from Bukovina, begins with a childless couple taking a stroll outside their cottage. The wife swallows an icicle that falls from their roof and gives birth to a “snow daughter” who is pale, cold as ice, and only capable of surviving in a cold climate.

Not satisfied with this miracle, the wife wishes for a “fire son” one night while sitting in front of the fireplace. A spark flies into her lap, and she gives birth to a son who is red as fire, hot to the touch, and capable of surviving only near fire.

Of course, the brother and sister can’t coexist and eventually kill each other. 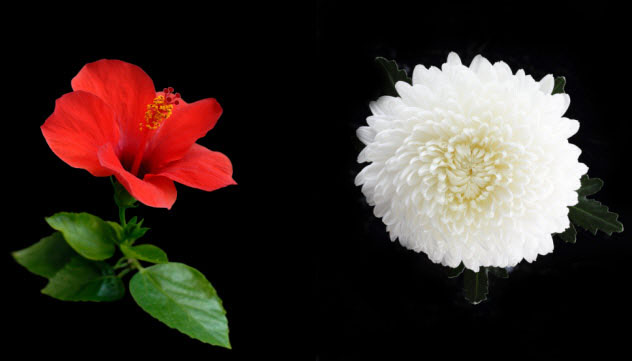 In the fairy tale realm, if you eat a flower, you’ll either have a snake or twin daughters (a pretty one and an ugly one). With “Prince Lindorm,” it’s a snake.

In the story, an infertile queen seeks help from a wise woman to get pregnant. The queen is instructed to eat one of two flowers—a red one or a white one—to conceive a baby. In a classic case of bad fairy tale judgment, she eats both and gives birth to a snake. But the snake eventually gets married and morphs into a handsome human prince, so it ends well.

This method of conception is also found in the story of “Tatterhood,” where an infertile queen employs the same method. But she has twin girls. The first is Tatterhood, an ugly girl who rides a goat and carries a wooden spoon.

Horrified, the queen wails, “If I am your mamma, God give me grace to mend my ways.” But Tatterhood (who can apparently speak seconds after being born) reassures her mother that another, more beautiful child is on the way. Sure enough, Tatterhood’s twin sister is born normal, healthy, and beautiful. Predictably, she is the queen’s favorite.

But Tatterhood turns out to be a kick-ass warrior. One day, she hears trolls and witches making a ruckus outside the castle, so she marches out with her wooden spoon and fights them off. Unfortunately, her sister comes out to see what the commotion is about, and a witch tears off her head and replaces it with a calf’s head. So Tatterhood sets sail for a far-off land, fights some more witches, retrieves her sister’s head, and reattaches it.

5 Putting An Almond On Your Breast
Greek Mythology 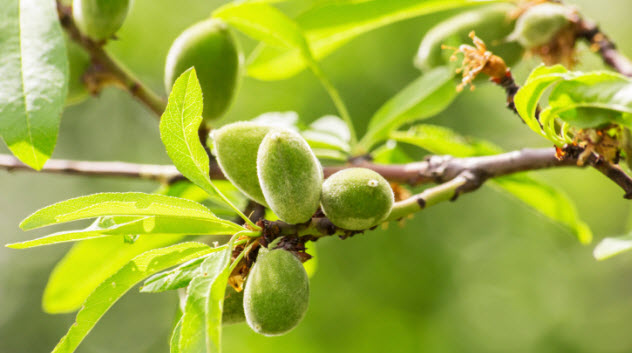 The gods, who were fearful of this strange being, ripped off her penis and buried it, rendering her a female. But her penis lived on and grew into an almond tree.

Once the almonds were ripe, a nymph named Nana put one on her breasts, where it dissolved and impregnated her. (Some versions claim it dissolves in her lap, which makes a little more sense.) Nine months later, she abandons her weird almond-baby, Attis, and he’s raised by a male goat.

But the weirdness doesn’t end there. Attis grows up to be inhumanly handsome, and his relatives send him off to be married to a princess. But the now-female Agdistis falls in love with her son, and she shows up at the castle while the marriage song is being sung. This makes Attis go insane, and he castrates himself right there.

4 Being Showered By Gold
Greek Mythology 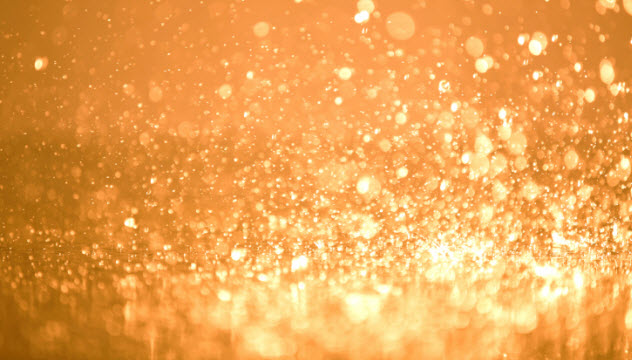 Zeus, the ultimate womanizer, will stop at nothing to get laid. Among other things, he’s turned himself into a swan, a bull, and an eagle to hide his philandering from his jealous sister/wife Hera. His lovers are usually okay with bestiality, so that works out well for him. Of course, Zeus is not one to admit defeat when the object of his affection is locked away in a tower.

One day, King Akrisios of Argos hears a prophecy that he will be murdered by the son of his daughter, Danae. So he locks her up in a tower to prevent her from ever getting pregnant. But the ever-resourceful Zeus makes gold rain from the sky, and the gold falls on Danae, who conceives Perseus as a result.

Once Akrisios learns of Danae’s pregnancy, he places Danae and Perseus in a chest and floats them out to sea. They survive the trip and wash up on the island of Seriphos, where Perseus grows up.

In addition to slaying Medusa and rescuing Andromeda, Perseus eventually kills his grandfather because there’s no room for functional families in Greek mythology. 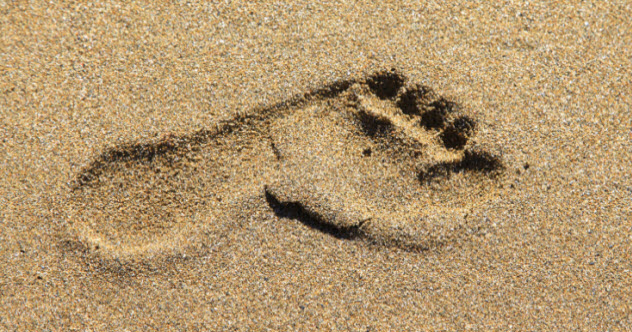 In China, the mythical founder of agriculture is Houji, who allegedly discovered cereal crops and gave us our Lucky Charms and Cheerios. Some versions of his origin story claim that he was one of the sons of Emperor Ku. However, others attribute Houji’s birth to the immaculate conception of Jiang Yuan, Emperor Ku’s infertile wife.

Jiang Yuan went for a stroll in the countryside one day when she happened upon a giant footprint left by the sky god Shangdi. She stepped on the footprint, was overcome with a strange sensation, and later discovered she was pregnant.

After Houji was born, Jiang Yuan abandoned her baby boy three times. Impressed that he survived all three times, Jiang Yuan decided to keep him, realizing that there was something special about her little boy.

2 A Snake Sliding Into A Uterus
Italian Folklore 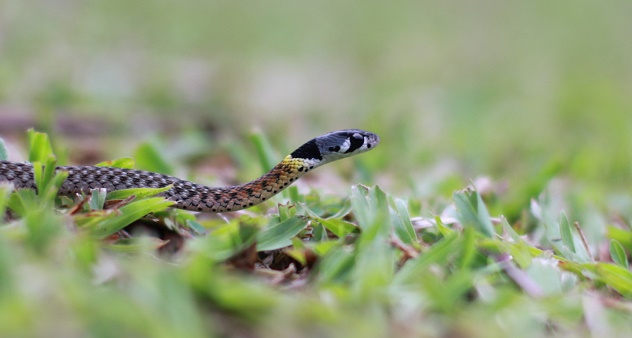 Mythology has no shortage of bestiality, but Italy takes it a step further with “Biancabella and the Snake.” The story begins with a marquis’s wife dozing in the garden when a snake slithers inside her vagina and coils up in her uterus.

Apparently, this woman is the world’s heaviest sleeper because the snake doesn’t wake her up. Instead, she’s overjoyed to find out she’s pregnant. She gives birth to a baby girl with a snake coiled around her neck, and as the midwives look on in horror, the snake uncoils itself and slithers away.

The baby girl, named Biancabella, grows up loved and renowned for her beauty. One day in the garden, she meets a talking snake who claims to be her twin sister, Samaritana.

Samaritana instructs Biancabella to bring her a bucket of milk. Then Samaritana has her sister strip down and bathe in the milk while the snake slithers all over Biancabella and licks the milk off every part of her body. Creepy as this is, it makes Biancabella even more beautiful and perfect than before.

Samaritana disappears for a time, abandoning Biancabella as she prepares to wed the King of Naples. After enduring years of her snake-sister’s passive-aggressive alienation, Biancabella becomes depressed and considers suicide. Only then does Samaritana show up to talk her sister off the ledge, and suddenly, for no reason at all, Samaritana transforms into a human woman. 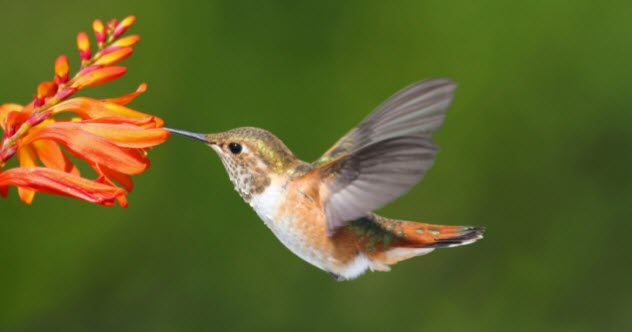 Once upon a time, according to the Aztecs, a goddess named Coatlicue was sweeping up a temple when a ball of hummingbird feathers fluttered down from the heavens. She picked it up, tucked it into her belt, and soon found herself pregnant. But that’s not the weird part.

At this point, Coatlicue already had 400 other children, the 400 stars that make up the Milky Way. For some reason, they weren’t happy about another sibling, so they conspired to kill Coatlicue. But that’s not the weird part.

With Coatlicue’s daughter Coyolxauhqui leading the charge, all the children assemble and storm into their mother’s home armed with weapons, ready to kill her and her unborn child.

But then Coatlicue’s son, the great warrior Huitzilopochtli, bursts out of her womb—fully grown, wearing armor, and carrying weapons—and kills them all.