Thousands of servicemen remain missing. Each war, both past and present, adds more names to the list. World War II and Vietnam saw many pilots vanish and with good reason.

These were the times of dogfights and dangerous secret missions. The statistics are troubling, but the impact of MIAs is most deeply felt in the stories of their families, hometowns, and those who were determined to find them. 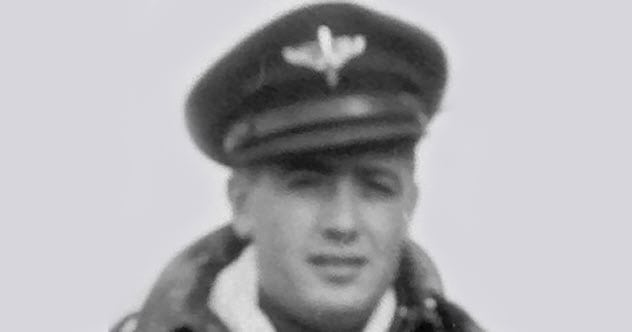 Lieutenant William W. Shank’s comrades last saw him when his P-38 Lightning recovered after a dive. Nobody saw where he went after that because they were involved in a heated sky battle.

As they fought over Germany during World War II, Allied bombers were on their way to Bremen when they encountered up to 50 German aircraft. Years after the war, the US military set out to find their missing personnel in Germany. One of the names was 24-year-old Lieutenant William Shank.

The coordinates of his last position, a witness, and German records of the event promised strong leads, but nothing panned out. Decades went by before the Americans teamed up with a German researcher who ferreted out more witnesses who saw Shank’s last moments.[1]

The Virginia native had crashed to the north on a farm, and excavations soon recovered bits of plane and human bone. A DNA test in 2018 confirmed that the remains belonged to Shank. 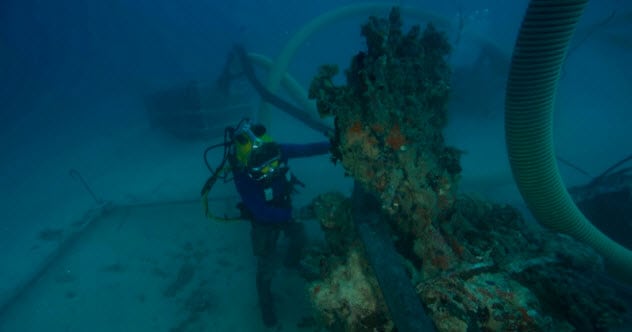 In 2018, the US armed forces trawled a patch in the Pacific Ocean looking for MIAs. Near the island of Ngerekebesang in the Republic of Palau, they discovered a pilot on the bottom of the sea. His remains were still inside his World War II plane that had been shot down about 74 years earlier.

At the time, the US airman’s identity could not be determined, but a huge effort went into returning the wreck to the surface. Decades of sand and ocean life had settled over everything and took two months of 12-hour shifts to clear.

Operations were directed from a ship that moored above the sunken plane. Divers collected sediment in large buckets that took up to six hours to fill. Then a crane hauled the containers aboard the ship where archaeologists meticulously inspected the sand for artifacts.[2]

Apart from the armed forces, civilians also worked on the ship to help with the recovery process. The next step will be to identify the unfortunate Pacific pilot and track down his next of kin. 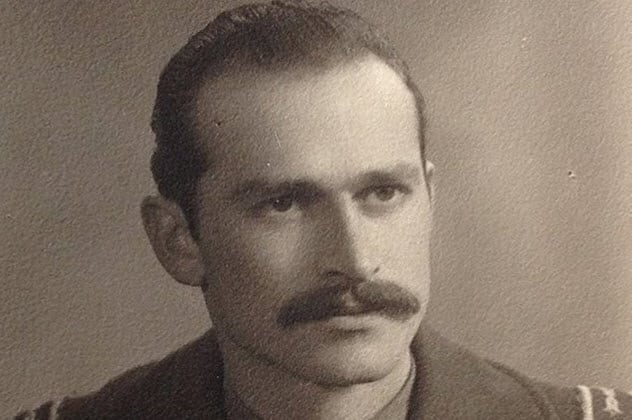 Both world wars saw plenty of close aerial battles, or dogfights, between enemy planes. These deadly encounters claimed many lives, and in 2014, one such pilot was found in a cornfield.

During World War II, the Italians fought against the Allies, and Lieutenant Guerrino Bortolani got scratchy with US pilots on March 11, 1944. A witness saw his aircraft crash in the countryside in northern Italy.

Exactly 70 years later, the witness led investigators to the site, which was now farmland. At a depth of 4 meters (13 ft), they unearthed a Macchi C.205 Veltro, considered to be the best Italian battle plane of World War II.

The soil produced engine pieces, wheels, fuselage, and equipment. The best discovery was the body of the pilot still sitting in the cockpit. Lieutenant Bortolani, then 27, was one of three Italians and three Germans who came in a fatal second when the Allies showed up for a bombing raid. Thus far, only one more Italian remains unaccounted for.[3] 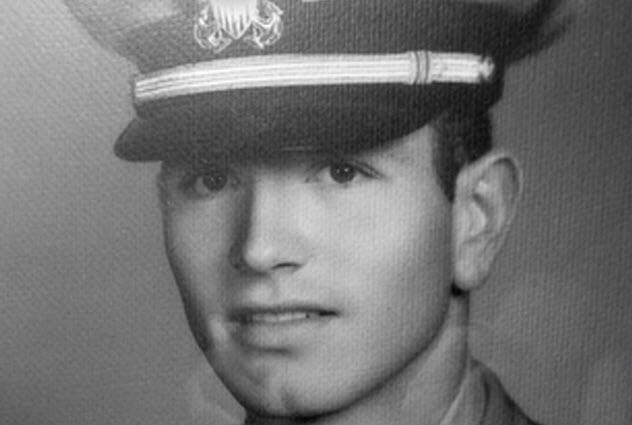 One night in 1966, James Bauder took off from the deck of the USS Coral Sea off North Vietnam. His squadron departed for a bombing run, but two planes never returned. The 35-year-old lieutenant commander was one of them. Those flying alongside Bauder never saw him crash. There was no distress call or any debris. The father of three had simply vanished.

His parents and wife died before his remains were found in 2017. At the time Bauder was lost, his daughter, Jane, was four years old. When she received the long-awaited news, she was 55 and her father had been found in the form of a femur. The fragment turned up in the area where he was last seen.[4]

Before the leg bone was located, there had been many false hopes as the navy informed her whenever possible remains were discovered. But this time, DNA proved that it was Bauder. Wanting to pass on the good news, Jane called her aunt, who had provided the genetic sample years ago.

Sadly, like most of Bauder’s family, his younger sister would never know that he had been found. She had died days before Jane was informed about her father.

6 Australian In A French Field 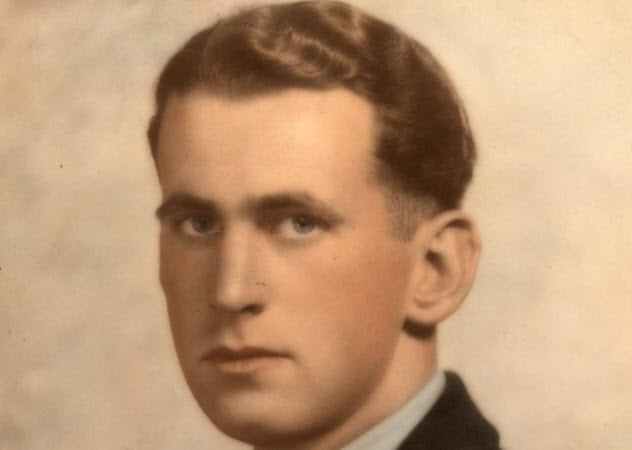 During World War II, Sergeant William Smith served in a Royal Australian Air Force squadron in Redhill. In May 1942, the Australian climbed into his Spitfire and escorted RAF bombers to France.

The official story ran that the 24-year-old encountered an enemy pilot and was subsequently gunned down over the channel off Dover. When a search yielded no wreckage, it was assumed that the plane had sunk beneath the sea.

In 2011, a historian was nowhere near the spot where Smith officially disappeared. Andy Saunders was browsing in a French field looking for another Spitfire from the war. He soon found a crash site and the right kind of plane. But the moment a body surfaced, Saunders knew that it was not the aircraft he was looking for. (The other Spitfire’s pilot had bailed out and survived.)

Dog tags proved that it was indeed Sergeant William Smith. Considering that he had disappeared midway across the channel, the field find was a complete surprise. His exact position was almost 64 kilometers (40 mi) off course. In 2012, Smith was buried with military honors in France, a ceremony that was attended by his 84-year-old brother, Bert.[5] 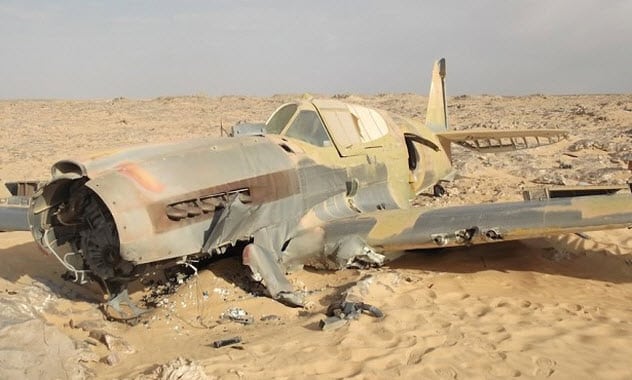 Jakub Perka was exploring Egypt’s Western Desert for an oil company when he stumbled onto something unexpected. A pristine World War II fighter plane sat in the middle of nowhere.

The single-seater was a Kittyhawk P-40 from the Royal Air Force. Unfortunately, the pilot was not so perfectly preserved—he was missing. There were threadbare clues to his last moments, and they led to a dreadful fate.

Believed to be Flight Sergeant Dennis Copping, the British pilot survived the crash and made a rough shelter using the wreckage and his parachute. The batteries and radio were outside, showing that he had tried to fix them and reestablish contact. But he had failed. As no human remains or uniform was recovered, it is believed that Copping had made a desperate and fatal decision—to walk out of the desert.

In 1942, the 24-year-old had been tasked with flying a Kittyhawk to another air base in the region for repairs. The plane had several problems beforehand. The front landing gear refused to retract, and flak damaged the fuselage. Copping never arrived, and the plane found in 2012 showed the same issues.[6] 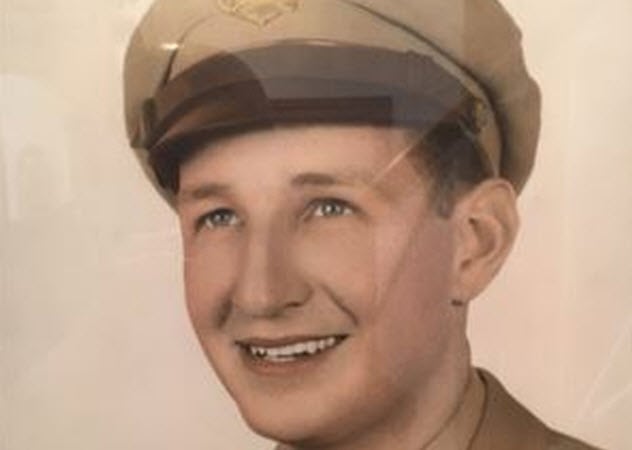 More than 70 years ago, Lieutenant Robert Mains held his daughter who had just been born. Hours later, he was deployed and would never see her again. While flying a bombing mission over Germany, Mains was shot out of the sky. Tragically, this happened just a few weeks before World War II was about to end in 1945.

The Pentagon called his daughter, Barbara O’Brien, in 2017 to let her know that her father had been found. When human bones were recovered from a field in Germany, they were sent to the division that handles MIA cases. Once there, tests matched the remains to Barbara’s DNA.

The remains of Lieutenant Robert Mains were released and flown to Long Island. There, he was met at MacArthur Airport with a full military honor guard. His daughter, now in her seventies, attended the emotional ceremony with her husband, a Vietnam veteran. Mains was subsequently interred at the Calverton National Cemetery with full military honors.[7]

The first black US military pilots were the Tuskegee Airmen. They faithfully served in World War II despite discrimination that included one dangerous rule—black pilots had to fly 70 missions before they qualified for recuperative leave. White pilots had to complete 50.

One Tuskegee Airman was Captain Lawrence Dickson, 24. The married father was decorated with a Distinguished Flying Cross and a Purple Heart. On December 23, 1944, Dickson took off on his 68th mission, just two flights short of qualifying for leave. On the same day, his P-51 plane disappeared over Italy.

His family was informed that he was missing, but no further news came until a crash site was located in 2017. It was in Austria near Hohenthurn, not far from Dickson’s last-known location. Debris in the field resembled that of a P-51, and German records confirmed that one had crashed there on December 23, 1944.[8]

The rubble contained human remains. If analysis can link the remains to Dickson, which is highly likely, then he will be the first Tuskegee Airman MIA to be recovered. Another 26 remain missing. 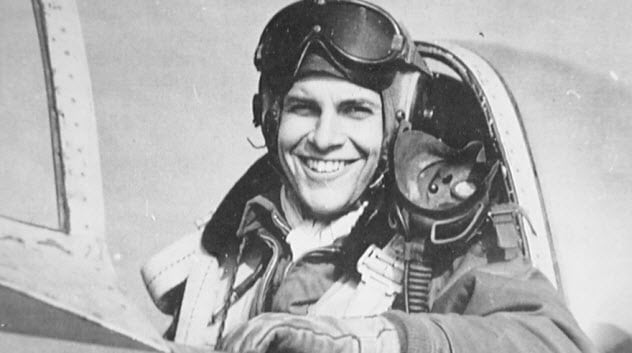 In 1945, the US Army Air Corps was determined to expel the Nazis from Italy. Lieutenant Loren Hintz was one of the pilots who fought on April 21 and liberated Bagnarola. When the dust settled, Hintz was nowhere to be found. Nobody knew it, but a 12-year-old Italian boy had seen his P-47 go down.

Hintz left behind a nine-month-old daughter who grew up and had a son called Hans Wronka. Touched by his family’s memories of the missing man, Hans set out to find the grandfather he had never known. He hung out with veterans online, dug in archives, and traveled to Italy.

On his second visit to Italy, a remarkable thing happened. In 2016, Hans met the 12-year-old witness, now an old man, who led Hans straight to the site where the P-47 crashed over 70 years earlier.

An archaeological team assisted and hit the first metal fragments 5 meters (16 ft) down. Then, the plane’s machine guns, frame, and engine were unearthed. Finally, as Hans watched, dog tags were lifted away from human bones. The name embossed on each was “Lt. Loren Hintz.”[9] 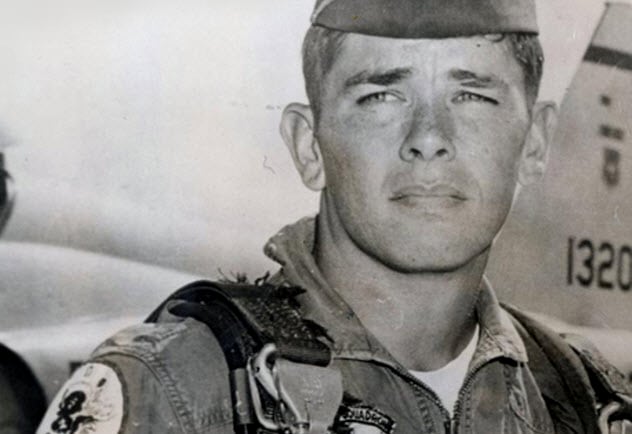 Several decades ago, three boys lived in Danbury, Nebraska. The families of Daniel Thomas, Larry Knight, and Donovan Walters knew each other, and the boys went to the same grade school. Daniel’s mom and Larry’s dad were cousins. Remarkably, each grew up to become a fighter pilot—and all three went missing during the Vietnam War.

Since Danbury was very small, the tragedy echoed acutely throughout the community. Donovan Walters was found dead in 1988, 16 years after going missing. He was returned home for burial.

Daniel Thomas, 24, disappeared in 1971 while flying a secret mission over Laos. His last radio message mentioned that bad weather was interfering with visibility, and then a ground unit reported what sounded like an airplane crash. All attempts to locate the wreckage failed.

The first solid clue came in 2014 when a Vietnamese citizen showed investigators a photograph of dog tags. They belonged to Major Donald Carr, who had flown with Thomas that day. This eventually led to the crash site in Vietnam, far away from Laos. What little remained of Thomas (his teeth) was buried in Danbury in 2017.[10]