Cultures from all over the world have myths of blood-drinking gods and demons. In the Middle Ages, people believed that these demons would inhabit dead bodies, which would rise from their graves at night to terrorize the living. This pervasive belief has sparked an obsession with the undead—a hysteria that spread to literature, where vampires were created. From there, vampires evolved from shuffling corpses into the charming undead . . . and back into shuffling corpses.

10 Children Of The Night 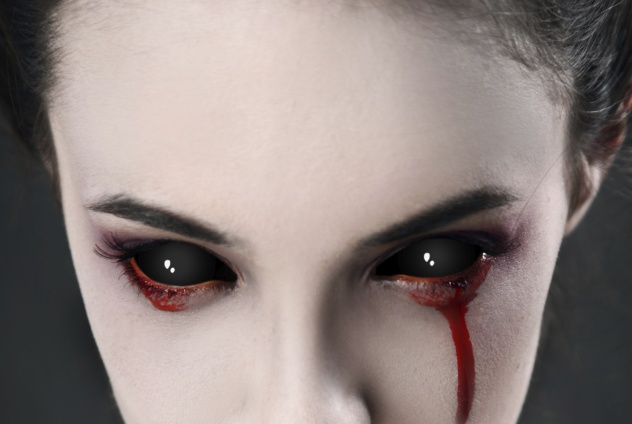 Sumerian texts dating back 4,000 years tell of night spirits that preyed upon sleeping humans. These spirits may have inspired myths of the Hebrew demon Lilith, whose name means “night monster.” Lilith had the upper body of a woman and lower body of a giant snake. According to legend, she was the snake who tempted Eve in the Garden of Eden, as well as the mother of many monsters. Her demonic children may have inspired many traits of the modern vampire, especially her daughters, the lillu and the estries .

The lillu fed off the blood of infants, and the estries would die if they did not feed on human blood. Estries were shape-shifters that liked to trick their way into victims’ homes, often taking the form of a young woman. If killed, an estrie had to be buried with dirt in its mouth, or it would rise from the grave. 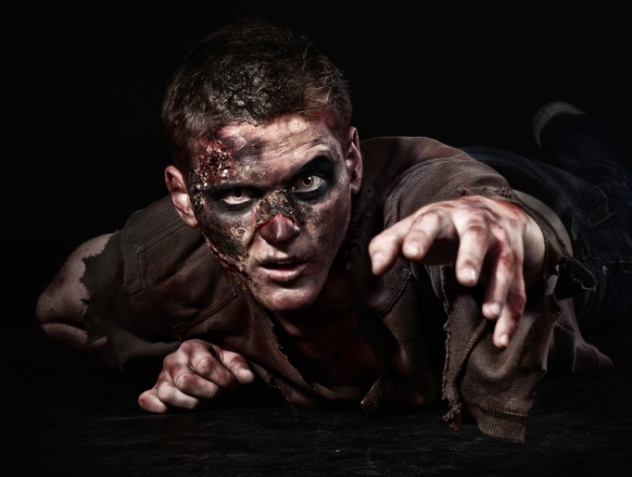 A revenant is a corpse that rises from its grave to terrorize the living. The corpse would have been a vain, wicked person in life. Murky eyewitness accounts of revenants spread throughout Western Europe in the 12th century.

A Welsh chronicler, Walter Map, wrote to a bishop asking how to destroy a revenant. The undead had been calling out the names of villagers, cursing them to die of illness. The bishop wrote back, telling Map to dig up the body, sprinkle it with holy water, and cut off its head.

In the 1190s, historian William Parvus noted that there were so many reports of revenants that he couldn’t record all of them. In one instance, he tells of a revenant that rose from its grave each night and would beat to death any villager that it could find. During daylight hours, the villagers dug up the corpse. When they pierced its chest with a spade, blood gushed out as if from an exploding leech. They removed the heart and burned the body.

Another legend speaks of two revenants that carried their coffins on their backs. They banged on the walls of houses and shouted. A sickness spread through the town, and the townsfolk began to die. Soon, only three were still alive. The sickness stopped when they dug up the revenants and cut off their heads. 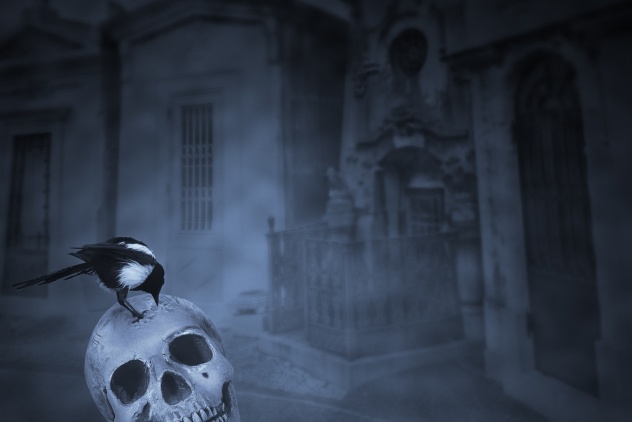 The Norse draugr are a more powerful form of revenant, and they represent an evolutionary path that vampire lore could have taken.

Draugr possess immense strength and magical abilities such as shape-shifting, weather control, and seeing into the future. They live in their barrows, greedily guarding the treasures within. Unlike revenants, draugr are not confined to a helpless sleep during the day.

Draugr are jealous of the living. Anyone who passes by a draugr‘s barrow can be driven mad by its telepathic hate. At night, they leave their barrows, transforming into an ethereal mist to pass through walls. They seek to torment the living and will slaughter domestic animals or people who get lost in the forest. If you run away with a draugr‘s treasure, it will force night to fall and then chase after you. You won’t be able to sleep because a draugr with a grudge can enter your dreams. 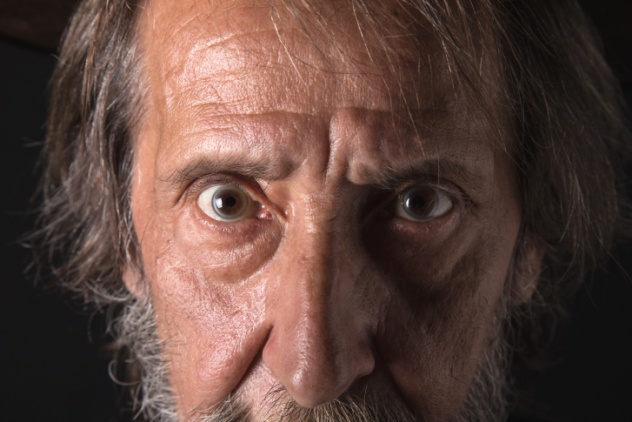 Jure Grando was a real person who lived in a village in Istria (modern-day Croatia). He died in 1656, but legends say that he rose from the grave every night for 16 years until the villagers sawed off his head. He is the first person in recorded history to be described as a vampire.

Another tale of a supposedly real vampire was that of Petar Blagojevich, who allegedly rose from the grave in 1725 and killed nine people. When the villagers dug up his grave, they found that he had grown longer hair and nails. There was blood around his mouth, and he looked more alive in death than he did in life. When they staked him, blood gushed out of his orifices.

The villagers had mistaken natural decomposition for signs of life. After death, skin loses fluid and begins to contract, giving the illusion of growing hair, nails, and teeth. The corpse swells as gases form in the torso, pushing blood through the mouth and nose. This also gives the body a ruddy, almost healthy-looking complexion. Piercing the skin will cause the pressurized blood to spew out and the gases to escape through the mouth, making an audible moaning sound. 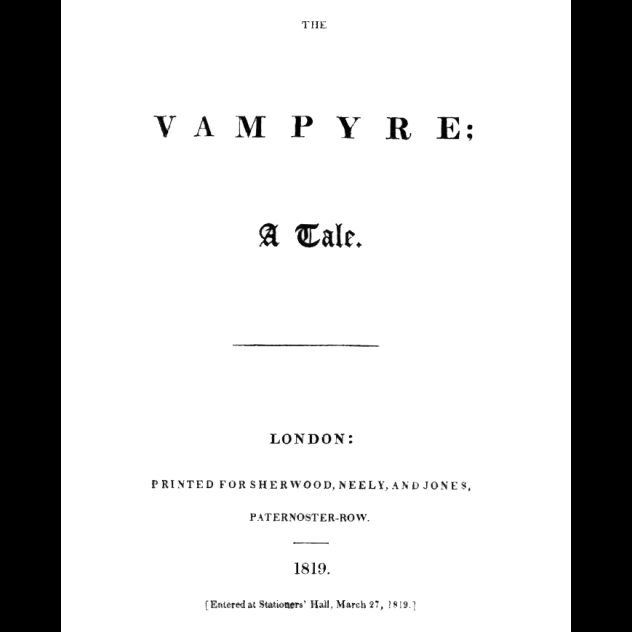 As stories about supposed undead like Grando and Blagojevich spread, the public became interested in revenants and vampires. The 18th century saw a spike in poems and short stories about revenants. With each iteration, the shuffling revenant transformed into the intelligent vampire. Later, in 1816, a novel called The Vampyre was published. Though it was originally credited to Lord Byron, it was actually written by his traveling physician, Dr. John Polidori.

The titular vampire is named Lord Ruthven, a character that Polidori based on Lord Byron. Ruthven was in many ways a proto-Dracula. He was an aristocratic vampire who preyed on the wives and daughters of aristocrats. No longer was the vampire a decaying revenant—a peasant with a miserable soul. Now, he was a suave charmer. The Vampyre was a hit. It sparked a vampire craze throughout Europe. Even authors like Tolstoy and Alexandre Dumas wrote vampire stories of their own. 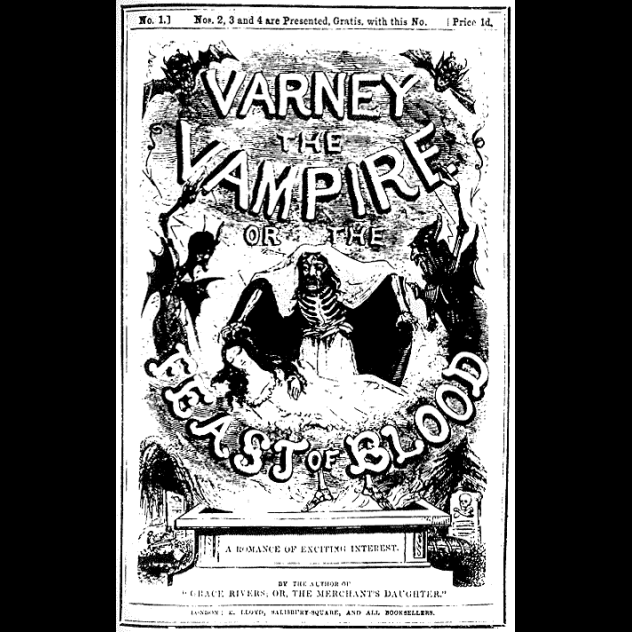 So-called “penny dreadfuls” were trashy short stories written in the 19th century. They were published weekly to an audience of young males, with each pamphlet costing a penny. One of the most popular of these was “Varney the Vampire.” It ran for two years, totaling nearly 667,000 words. The narrative was choppy and full of anachronisms and retcons, but the series was popular.

Varney was the first vampire to have fangs, hypnotic powers, and superhuman strength. Like Lord Ruthven before him, he could be healed by moonlight. However, the Sun did him no ill effect, nor did garlic or holy water. Varney needed to feed to restore human functions and appearance. The longer he went without feeding, the more vampiric he became in appearance, thirst, and power.

Varney was also the first vampire to be written as a self-loathing anti-hero. He despised his condition so much that he once inflicted it upon his enemy as a form of cruel revenge. Ultimately, he committed suicide by throwing himself into Mount Vesuvius. More than 100 years later, morally gray vampires like Varney would become popular in fiction like Interview with the Vampire and Dark Shadows. 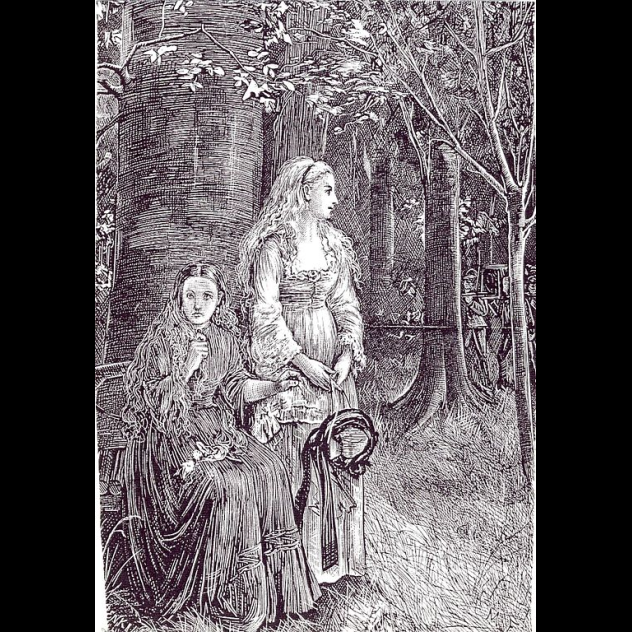 Carmilla was the original lesbian vampire. She featured in an eponymous 1871 Gothic horror novella written by Joseph Sheridan Le Fanu. The story follows Laura, a lonely young woman who lives in a castle with her father. One day, a carriage accident brings an injured girl named Carmilla to the castle door. The two become fast friends, even though Carmilla’s flirty playfulness makes Laura feel bashful. Laura soon discovers that Carmilla has a habit of sleepwalking at night. Not long after Carmilla’s arrival, girls in the village begin to die of a mysterious illness.

Over two decades years later, Bram Stoker would use Carmilla as his inspiration for Dracula. The amount of similarities between the two books are alarming. Dracula’s vampire hunter, Dr. Van Helsing, resembles Carmilla’s vampire hunter, Baron Vordenburg. Dracula feeds on his victims in the same way that Carmilla does. They both enter their victims’ bedchambers to drain their blood a little each night. The victims become weaker, unsure of why they are sick. Lucy, the girl whom Dracula turns into a vampire, bears a striking resemblance to Carmilla. They are similar both in appearance and their free-spirited behavior. They even have the same sleepwalking condition. The two stories even originally took place in the same setting until Stoker changed his in later drafts. The inspiration is even more noticeable if you read Stoker’s short story prequel, “Dracula’s Guest.”

Dracula, written in 1897, is a masterwork of Gothic horror. The titular character combines aspects of Carmilla, Lord Ruthven, and Varney to form the most influential vampire character of all time. Despite critical praise, Dracula was not an immediate best seller, and Bram Stoker didn’t live to see its eventual success.

In 1922, a German filmmaker made a silent movie loosely based on Dracula called Nosferatu. It added an iconic weakness to vampire lore—vulnerability to sunlight. The movie was popular, but it was made without the permission of Stoker’s widow, who sued and won. Many copies of the film were destroyed, but it was too late to suppress the movie entirely.

Universal Studios legally acquired the film rights and released the iconic Dracula, starring Bela Lugosi, in 1931. Since then, Dracula has gone on to appear in more films than any other literary character in history.

In the original novel, Dracula was a creature of pure evil who sought to dominate the world. That changed with the 1992 romantic horror film Bram Stoker’s Dracula (also sometimes referred to as simply Dracula).

In the movie, Dracula is portrayed as a tragic hero driven mad by a broken heart. He is a mortal warrior who returns from battle only to find that his wife has committed suicide upon receiving a false report of his death. Dracula goes mad, desecrates a temple, and renounced God, thus cursing himself to become a vampire.

Nearly 400 years later, Dracula travels to London and meets Mina Murray, the fiancee of his enemy, John Harker. Dracula believes that Mina is the reincarnation of his wife. As he seduces her, he resists the urge to force the vampire curse upon her. But as Mina’s memories of her past life return, she begs him to do it and forces him to turn her against his will.

This is in stark contrast to the book, where Dracula and Mina have no past together. Dracula is actually more interested in Mina’s friend Lucy. Also, in the book, Dracula attacks Mina and turns her into a vampire as revenge against Harker. Yet, despite these drastic changes, the 1992 movie is truer to the original novel than any other film.

The movie popularized the idea of vampires as romantic heroes. It set the stage for modern vampire interpretations such as Buffy and Twilight.

Believe it or not, zombies evolved out of vampire lore. It all started with the 1954 novel I Am Legend and its follow-up movies. The novel is about Robert Neville, the last man alive after humanity has been wiped out by a pandemic that turns people into vampires.

Robert learns that the pandemic is caused by a bacterium that is damaged by sunlight. He also discovers that vampire weaknesses are a result of psychological conditioning. People think they have become vampires and react accordingly. They fear garlic and holy water because they think they are supposed to. A Christian vampire would fear the cross, but a Jewish vampire would not.

This was the first novel to give vampirism a scientific origin. It also originated the concept of what is now known as the zombie apocalypse. Modern zombies (as opposed to the zombies of Haitian folklore) first appeared in the 1968 film Night of the Living Dead, by George A. Romero. Romero admitted that he had ripped off I Am Legend when writing his movie. He went on to create many more zombie movies, giving the creatures their own unique lore.