The absent-minded professor is a stock character from comedy. He (it is usually a he) is a person so concerned with esoteric knowledge and deep thought that he cannot deal with the real world. This can either be seen as an anti-intellectual theme (“See, he ain’t so smart”) or a comforting myth (“I may not be as smart as him, but I never put my cat in the washing machine”). It turns out, though that there really are people who while brilliant in one area are radically deficient in worldliness. 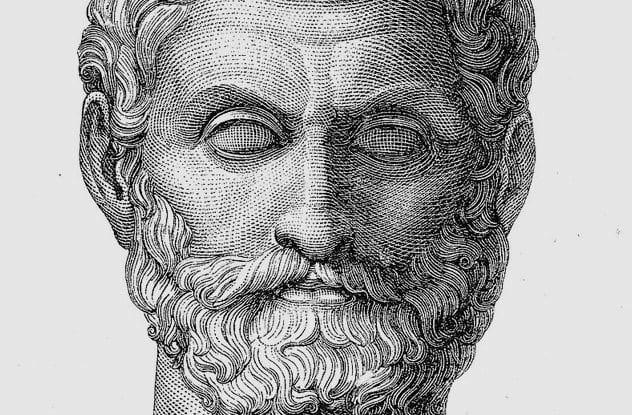 Thales was a philosopher, mathematician, and astronomer. Aristotle believed him to be the original philosopher and first in the line of great Greek thinkers. He was certainly thought of as one of the Seven Sages of Ancient Greece. Then, as now, people asked, “If he’s so clever why isn’t he rich?” So Thales used his knowledge of the weather to predict one year’s olive crop and buy up all the oil presses, making himself a fortune. Thales was apparently one of the first who thought the Earth was spherical and also used his astronomical knowledge to predict an eclipse.

As well as these mental marvels, Thales also produced one other lasting legacy—he was the prototype of the absent-minded professor. Plato tells the story in his dialogue Theatetus:

One day, Thales was walking along with his head held up to the heavens, studying the stars. Not looking where he was going, he fell into a pit. A passing servant girl mocks the fallen philosopher: “You are so eager to know what is going on in the heavens that you cannot see what is under your feet.” 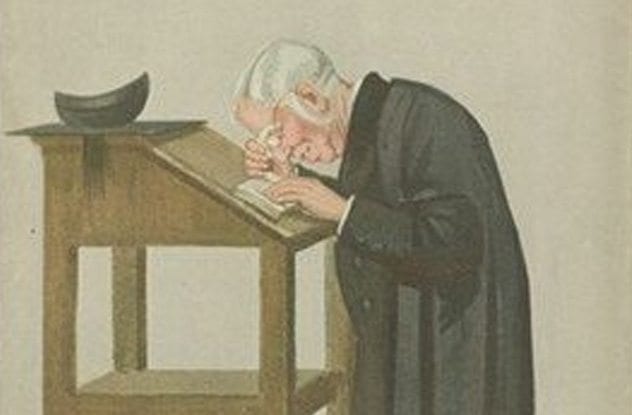 William Archibald Spooner cut an unusual figure at Oxford University. An albino professor, he stood out on looks alone. But his absent-mindedness marked him out even further. Once, he composed a letter to another professor asking for assistance with a problem and imploring him to come help out. But at the bottom of the letter, he added a note that the matter had been solved and the professor was not needed.

He once invited a professor to a dinner in honor of a new colleague, “Stanley Casson, our new archaeology fellow.”

“But sir,” the colleague replied, “I am Stanley Casson.”

But it is for a certain eccentric tick of his that Spooner is best known. He used to move syllables around in his sentences. He is said to once have offered a toast to “our queer old dean” instead of to “our dear old Queen.” Another time, he told a lazy student, “You have tasted a whole worm.” Thus, the Spoonerism entered the language. 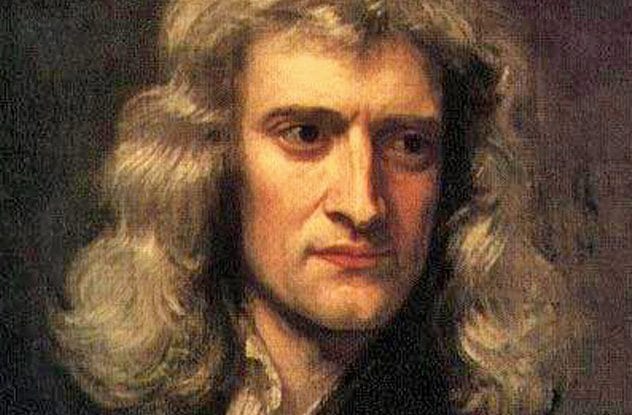 Isaac Newton is one of the great geniuses of history. At the age of 24, he invented calculus. That alone would guarantee his place in history even if he had not come up with a universal theory of gravity. He also performed important work in optics and mechanics. As well as these acceptably scientific pursuits, he studied numerology, prophesy, and alchemy. It is no wonder that he had little time for the day-to-day workings of the world.

While living in his college at Cambridge, there was every chance that he would lose his way while heading for dinner. Finding himself in the street instead of the hall, he would retrace his steps and return to his room, forgetting to go eat. Similarly, if he went to fetch a bottle of wine from his room for his friends, he would forget why he had gone and sit down to work, leaving his friends thirsty and frustrated. Newton rarely had his hair cut and would leave his house in a state of mild undress, before shame forced him home to prepare to meet the world. 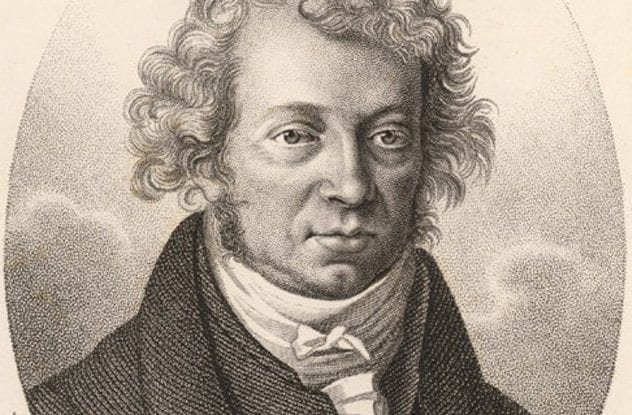 Ampere performed some of first explorations into the mysterious links between electricity and magnetism. His mathematical work underpinned the future work into electromagnetism. But for our purposes, it is his absent-mindedness which is most interesting.

While strolling toward the Academy of Science in Paris one day, Ampere stopped on a bridge. He picked up a pebble with interesting markings and studied it closely. Checking his watch, he realized his reveries were making him late. Ampere carefully replaced the pebble in his pocket and hurled his expensive pocket watch into the waters below.

Once, Ampere read a paper to the Academy. He tried to return to his seat but found it occupied. He complained to the president of the Academy about this stranger and was told the seat belonged to the gentleman in question. Ampere had forgotten which seat was his, and failed to recognize then man he was accusing. Ampere was trying to take the emperor Napoleon’s chair. 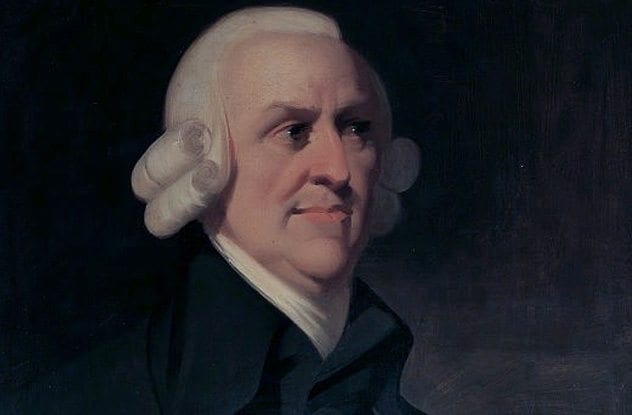 Adam Smith is known as the father of modern economics because of his book An Inquiry into the Nature and Causes of the Wealth of Nations. He was also a teacher of moral philosophy. While he could understand the complex interplay of forces in the mercantile world, he often made mistakes in the mundane.

Once, while at breakfast, he fell into discussion with a visitor. He took the piece of toast he had been gesticulating with and put it in the tea pot. He swirled this around and poured himself a cup. He tasted it with dissatisfaction and declared it to be the “worst cup of tea he ever met with.”

Smith also made a similar blunder to Thales. While taking a tour of a tanner’s yard, where animal skins are turned into leather, he was expostulating on his economic theories. He was so taken with his own thoughts that he fell into a pit of foul smelling chemicals and needed rescuing. 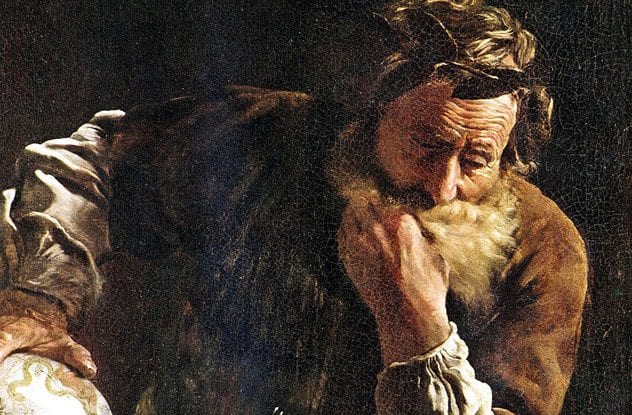 Archimedes was one of the most fruitful minds of the ancient world. He is said to have been a great inventor and mathematical genius, and his work on the efficiency of levers led him to declare, “Give me a place to stand on, and I will move the Earth.” He worked out ways to move water uphill. His discovery of a way of measuring density, however, wins him a place on this list.

King Heiron thought his crown might not be pure gold, but he had no way of knowing. Archimedes knew that to find out he would need to know the volume of the crown, but there was no easy way of knowing that without melting the crown down into a simple shape. One day while in the bath, he realized the water rose depending on how much of his body was immersed, giving him an easy way of calculating volume. He leaped out and ran through the streets, shouting “Eureka!”—“I have it!” He forgot to put his clothes on first.

Archimedes’s single-mindedness led to his death. When the Romans conquered Syracuse, instructions were given to take the great thinker alive. A soldier found him drawing figures in the sand. Ignoring the soldier and chaos around him Archimedes, would only say, “Do not disturb my circles.” This angered the soldier, and Archimedes was killed on the spot. 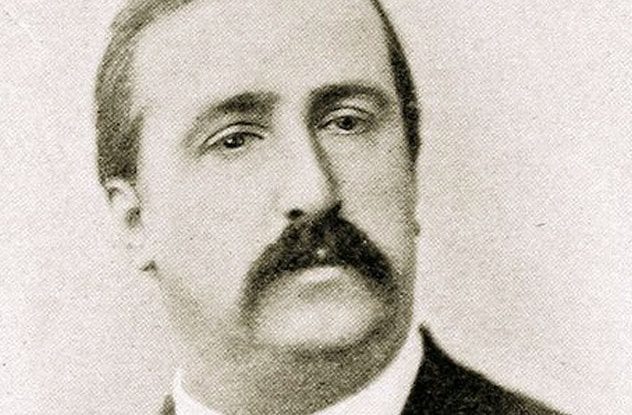 Alexander Borodin was one of those people annoyingly talented in several fields. He is best known today for his musical compositions, in which he was self-taught, but he was also a doctor and published chemist, co-discovering the Aldol reaction.

This polymath was also scatter-brained. When an orchestra decided to premier one of Borodin’s symphonies in 1876, he discovered that he had misplaced major parts of the score. He had to rewrite them before it was finally performed in 1877.

While in the army, Borodin is said to have rigged himself out in full military regalia, plumed helmet and all, and left the house. Only later did he realize he had forgotten to put his trousers on. 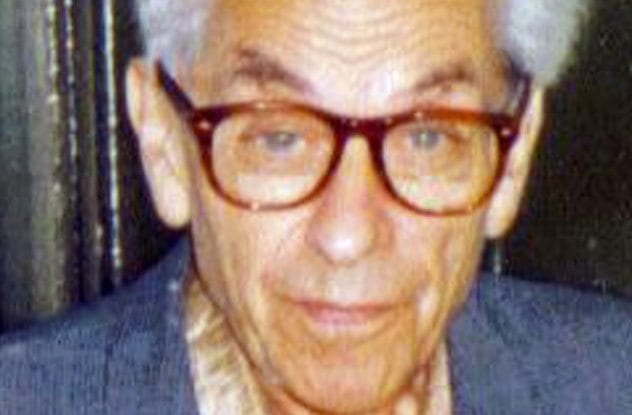 Erdos was powered on his travels and his work by heroic amounts of amphetamines. Perhaps they led to his eccentricities.

Erdos was only interested in math. At dinner parties, when other subjects came up, he would fall silent or even fall asleep. He could not prepare a meal for himself and failed to pay bills. He created his own private vocabulary and would use it, without explaining his novel meanings of words to his audience. 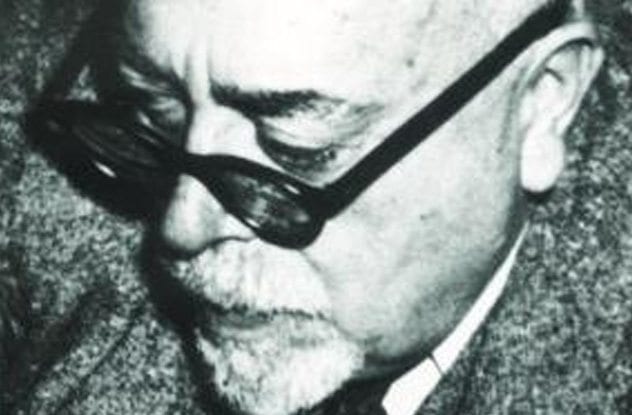 Norbert Wiener was a child prodigy. He earned his PhD from Harvard at age 18. He worked in several fields in his long career, from Brownian motion to artificial limbs, and coined the term “cybernetics.”

Stories about Wiener became legendary at MIT. He once phoned the police to report his car had been stolen, only to find he had forgotten where he parked it. He met someone in a hallway once and fell into conversation. After a long and involved discussion, he had to ask the other person which direction he had been walking in. Away from the lunch hall was the answer. “Ah,” Wiener said, “Good. That means I already had lunch.”

One of Wiener’s habits was to walk with a hand always in contact with a wall. No one knew why until Wiener revealed that it was based on the mathematical theory that you can always find a way out of a maze by doing the same thing. 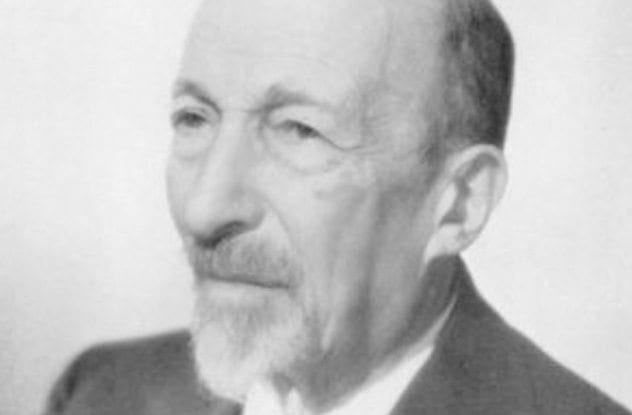 Jacques Hadamard was a Frenchman who made major discoveries in many areas of mathematics. His mind dealt better with the abstractions of mathematical ideals than the messy world of reality.

Once he got married, Hadamard never dressed himself. On the street one day, an acquaintance stopped him and said, “I see Madame Hadamard is away.” “How do you know that?” the mathematician asked. The acquaintance replied, “Your tie is behind your ear.” While traveling to a conference, he had to be told that ties could be bought in shops because his wife always buying them for him. In the shop, he managed to buy a tie but had to ask the shop keeper to put it on for him.

During the Second World War, he tried to buy more eggs than was allowed by rationing. He used a young relative to buy extra. They had to pretend not to know each other, but Hadamard forgot and spoke loudly to his relative. On leaving the shop, he happily said, “See you at home!” revealing the truth to the others in line.