In the US, parks are common planting grounds for murderers. Any place with water and dense trees or foliage is an ideal spot to stash dead bodies. Deserts and swamps are especially common hiding grounds because most people avoid hiking in these dangerous environments. 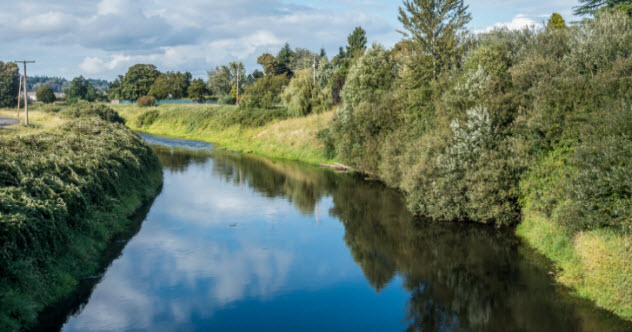 The Green River in Washington State is 105 kilometers (65 mi) long. With the beautiful scenery surrounding it, the river attracts visitors who join in white-water rafting to see the boulders, waterfalls, and cliffs that make the area so visually stunning. Unfortunately, the Green River is also an infamous place to dump dead bodies.

If you were around during the 1980s and ’90s, you probably remember the traumatic events that eventually led to the capture of the Green River killer in 2001. Gary Ridgway is believed to have murdered at least 71 women during the ’80s and ’90s. He dumped the first five victims into the Green River after strangling them and having sex with their lifeless bodies.

But the body dumps don’t end there. As recently as May 2015, a woman’s body was found stuffed in a suitcase near the Green River Bridge. Was the stuffed suitcase actually destined to be tossed into the river? It was certainly close enough to the water. In July 2015, a second victim was found stuffed inside a duffel bag at a dumpster in the Seattle area.

Leakin Park is over 4 square kilometers (2 mi2) of municipal land located in Baltimore, Maryland. It is one of the largest tracts of municipal land within a city. The park includes the Gwynns Falls and building structures from the 19th century. Being such a large tract of land in an urban area, it’s not surprising that Leakin Park has been the site of numerous body dumps.

One of the first documented body dumps was in 1946 when a 13-year-old boy was accidentally shot by a 15-year-old boy. The older boy dumped his victim in the park. Since then, over 70 bodies have been found in the park.

Called “the city’s largest unregistered graveyard,” bodies are often left lying on the ground or the roadways or floating in the streams for anyone to find. Many locals are too scared to go hiking in the park even though the murders aren’t happening on the park grounds. The bodies are simply being brought to the park and left there. 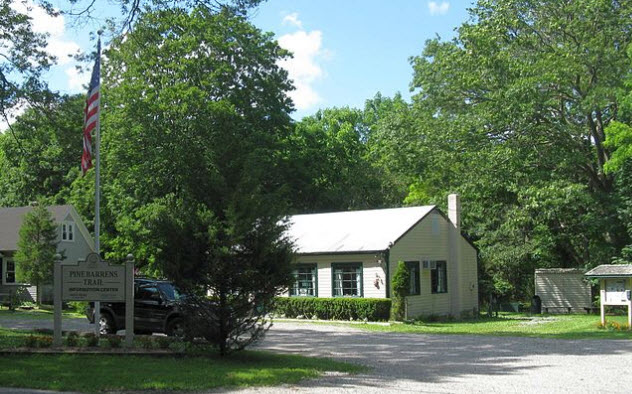 Since the year 2000, many bodies have been found in the Pine Barrens town of Manorville. From 2000 to 2003, the bodies of two unidentified men and the beheaded, dismembered bodies of two women were discovered. In spring 2010, the rest of the women’s remains were found along with eight more bodies, seven of whom were prostitutes.

Believed by many to be the work of a serial killer, the questions remain as to whether more than one person might be doing this and who they are. In 2007, the case was featured on America’s Most Wanted, and the murderer was dubbed “The Butcher of Manorville.” With no leads, local residents don’t allow their children to play in the woods for fear of what they might find. 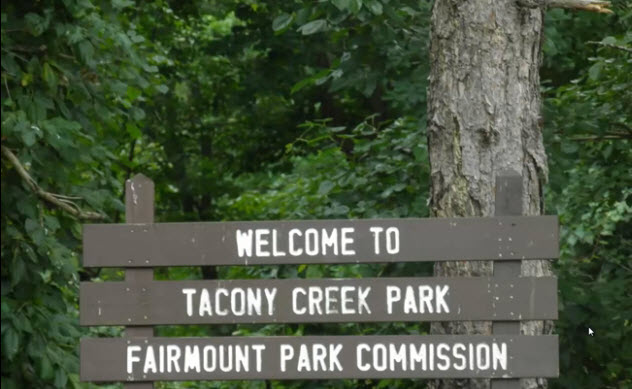 Owned by the City of Philadelphia, Tacony Creek Park consists of 1 square kilometer (0.5 mi2) of land, a storm sewer outlet, and old mills that could harness power from the creek. The area is a place of wonder for local historians and a pretty common place to get rid of a dead body.

In October 2010, a group of children found the body of an 18-year-old man. He had been shot in the back of the head. In May 2012, a 22-year-old woman went missing and was later found shot to death inside the park. Later that year, a body was found burning with a pile of garbage in the park.

Locals know to stay out of the park area, to never venture into the woods alone, and to go home before dusk. The park is surrounded by high-crime neighborhoods, and Tacony Creek Park is widely known as a home of robberies, murders, and body dumps. 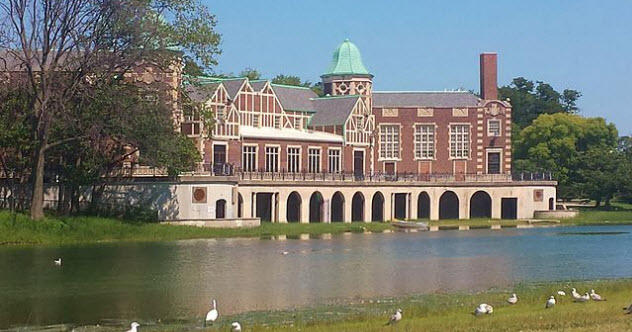 Humboldt Park is a 1-square-kilometer (0.4 mi2) park in Chicago, Illinois. It includes a fitness center, gymnasiums, soccer and baseball fields, and educational programs for children. Although this beautiful park sounds like the perfect wonderland for fitness and adventure, robberies and shootings are common in the area. So are dead bodies.

In October 2013, a man was charged with killing his pregnant ex-girlfriend and, after putting her body in a plastic container, dumping her remains in the park. In September 2015, a child’s hands and feet were discovered in the park’s lagoon. By nightfall, a child’s head had also been discovered.

As with all large parks located in or near urban areas, murderers flock to the remote areas to discretely rid themselves of corpses. Even so, many good people are working hard to reclaim Humboldt Park. 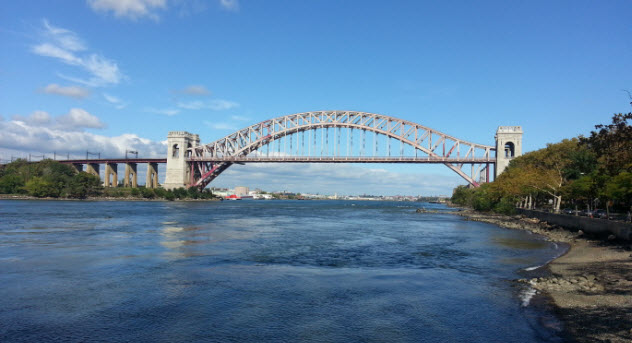 New York City’s East River has long been a dumping ground for dead bodies, and it is often used by those who have given up on life. According to New York Magazine, bodies dumped in the river during the winter months resurface just in time for April showers. Referred to as the “spring harvest,” police find most of the bloated bodies near Bay Bridge and South Street Seaport.

One of the more notorious body dumps in the East River includes an incident in November 2000. A Manhattan teen and her boyfriend killed her parents in their apartment and dumped the bodies in the East River a few days later. Her father was wheeled to the river in a luggage cart, and her mother was put inside a shopping cart.

Serial killer Joel David Rifkin also dumped a few body parts in the East River. From 1989 to 1993, it is believed that Rifkin murdered and dismembered between nine and 17 bodies. His first victim, a prostitute, was dismembered, and her arms and torso were thrown into the East River. His second victim was also dismembered, with her head and torso tossed into the river. Some of his victims’ remains have not been found because he scattered their parts throughout New York City and in New Jersey. 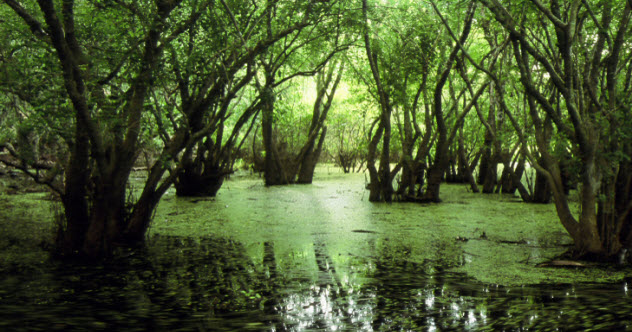 The Everglades National Park in Florida is comprised of about 6,500 square kilometers (2,500 mi2). The tropical and subtropical environments found there make it a haven for wildlife and vacationers. The isolation and size of the area attract those looking to get rid of a body.

The park provides killers with plenty of areas to hide dead bodies with slim chances of the bodies ever being discovered. One of the creepiest stories involves serial killers Ottis Elwood Toole (aka “The Jacksonville Cannibal”) and Henry Lee Lucas. Toole was sentenced to life in prison for cannibalism, rape, and arson. Lucas was believed to be one of the most prolific murderers in the US, claiming that he participated in about 3,000 murders. However, it is widely believed that he committed from 11 to 600 murders.

During interviews with Toole and Lucas, the men claimed they were approached by an unknown man about joining a religious cult called “The Hand of Death.” The men were offered $10,000 for each execution on behalf of the cult. Toole and Lucas agreed and were inducted into the cult at a discreet location within the Everglades. The men were trained and later given orders to kill. Their first murder victim was cooked and eaten by the cult members.

Police searched the Everglades for any sign of the cult, but none was found. 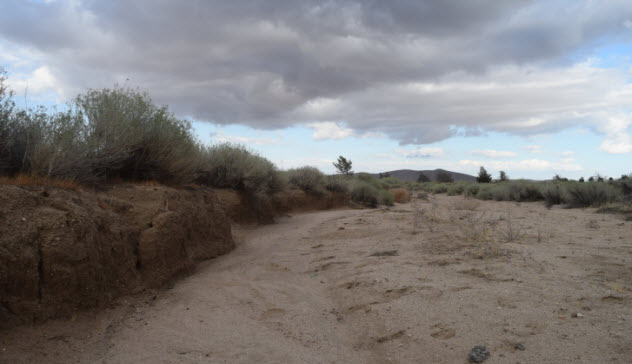 The Mojave Desert is over 65,000 square kilometers (25,000 mi2) of land in California, Arizona, Utah, and Nevada. Temperatures can reach up to 57 degrees Celsius (134 °F) in this desolate area, making for some interesting finds in the dead body department.

Commonly believed to be a dumping ground for the Mafia, the desert has served numerous killers throughout history. One of the most notorious serial killers in this region was William Richard Bradford. Convicted for the 1984 murders of his 15-year-old neighbor and a 21-year-old barmaid, Bradford may have murdered many more women. Posing as an amateur photographer, Bradford took his youngest known victim to a desert campsite. He photographed her and then strangled her. Her body was later found by police searching the campsite.

When the police searched Bradford’s apartment, they found a collection of photos that showed his two known victims and 54 other women. In 1988, he was sentenced to death for the two proven murders. But the photographs of the other possible victims weren’t publicly released until 2006 when detectives decided to reopen the case.

The dead bodies don’t stop there. In 2013, the skeletal remains of four bodies were discovered in two shallow graves. Keith Bushey, a former sheriff’s deputy chief for San Bernardino County told The Sun, “If there were to be a cross everywhere someone dumped a body, the desert would look like Forest Lawn [Cemetery].” 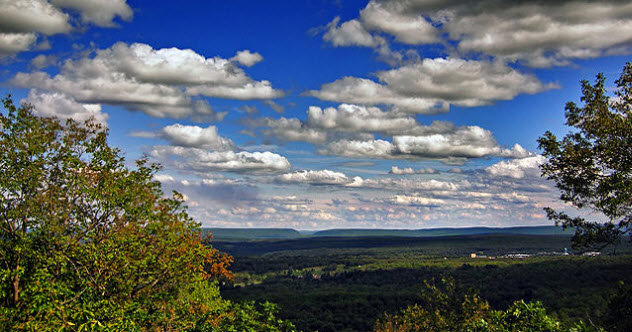 The Pocono Mountains cover four counties in a large region of northeastern Pennsylvania. The area is full of tourist activities, from hiking and biking to skiing and horseback riding. It is also a popular place to dump a body.

A year later, human remains were found along a different highway in the Pocono Mountains. In 2011, a headless torso wrapped in a plastic bag was discovered on yet another road in the Poconos. A motorist stopped and made the grisly discovery. In a separate incident in 2014, Charles Hicks was convicted for the murder and dismemberment of Deanna Null. By Hicks’s own admission, Deanna Null was not his first victim. 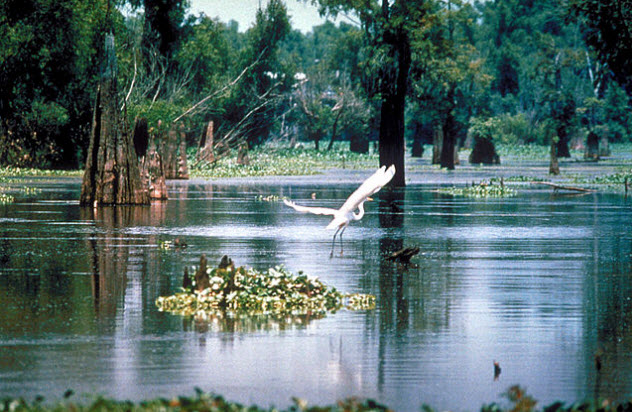 The marshlands in Louisiana are commonly called the “Louisiana Swamps.” The area is rich in culture and adventure. From great food to exciting swamp tours, Louisiana has a touch of magic that can’t be experienced anywhere else in the world. With the heat, water, and alligators, it is also the home to frequent body dumps.

In 1995, there was a report in the Los Angeles Times about a police officer who was linked to at least two of the 24 serial killings in the New Orleans area. Most of the victims were prostitutes. The women had been killed, stripped, and dumped in different locations throughout New Orleans and the nearby swamps.

Between 2005 and 2009, eight women from Jennings, Louisiana, were also murdered. Their bodies were found in the swamps and in ditches along the nearby interstate.

Elizabeth lives in Pennsylvania with her three kids and three cats. She spends much of her time in research and enjoys exploring the historical areas of her state.

10 Ponzi Schemers Who Conned Their Way To A Fortune