The Sun is crucial to life on Earth. Besides the obvious ways in which it affects us, its influence on our lives might be stronger than expected. Scientists are only just learning of the startling implications of the Sun’s roughly 11-year cycle, the dramatic increase in sunspots in recent times, the frequency of severe solar storms, and higher solar winds.

Note: While correlations can sometimes point future scientific study in the right direction, it’s always important to remember that correlation does not imply causation. In some of the entries below, studies have so far only discovered correlations or possible links, not direct causes.

Cycle 24, our current solar cycle, has been unexpectedly quiet. According to NASA, one big event has been the switch of the Sun’s magnetic poles. In 2012, the Sun’s north pole switched first, changing its polarity from positive to negative. In 2013, its south pole flipped as well, with a change in polarity from negative to positive.

The consequences of this change in the Sun’s electromagnetic field are tremendously far-reaching, although not too severe. A small electrical charge collects at the Sun’s equator and extends far beyond Pluto. Changes ripple out as far as the Voyager space probes at the edge of our solar system.

This greater electrical field, known as the heliosphere, influences a gigantic area. When the solar poles are in the process of switching, the heliospheric “sheet” becomes more crinkled. Our planet bobs in and out of these electromagnetic waves, and electromagnetic “weather” here on Earth can become stormier as a result.

The good news is that a “crinkly sheet” is better able to deflect potentially harmful cosmic rays from outer space. Cosmic rays can cause serious problems for astronauts and space probes. Scientists have theorized that cosmic rays also affect our global climate, with some believing that they affect the cloudiness of the Earth’s atmosphere.

9The Source Of Life And Life Span 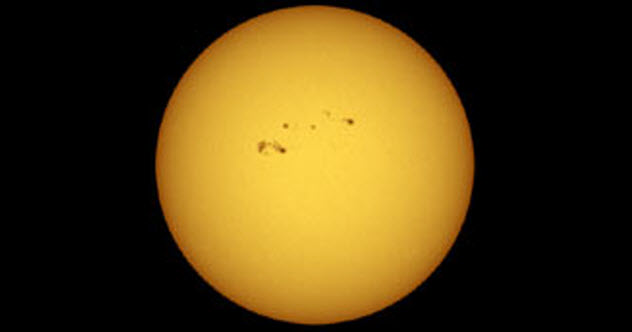 Published in 2007, a study by researchers at Psybernetics Research Group found that those conceived or born during the three-year peaks of the Sun’s 11-year sunspot cycle had shorter life spans than everyone else. The researchers followed over 300,000 Maine citizens for 29 years.

On average, those conceived or born during peak solar activity were more likely to have their lives shortened by roughly 1–1.5 years. Men were somewhat more susceptible to this effect, and all were more likely to be predisposed to various forms of life-limiting illness.

According to the study’s authors, solar radiation (most likely UV) is the probable cause because it affects the embryo while still inside the uterus. This is believed to have a lasting detrimental effect on the person, regardless of any good or bad habits they maintain as adults.

Moreover, solar radiation is even believed to stress genomes and have a lasting effect on genetics and human evolution. In our more recent history, chaotic bursts of solar radiation from frequent solar storms are thought to have damaged human fertility and reduced our potential longevity to around 100 years, despite life expectancy nearly doubling over the past two centuries. 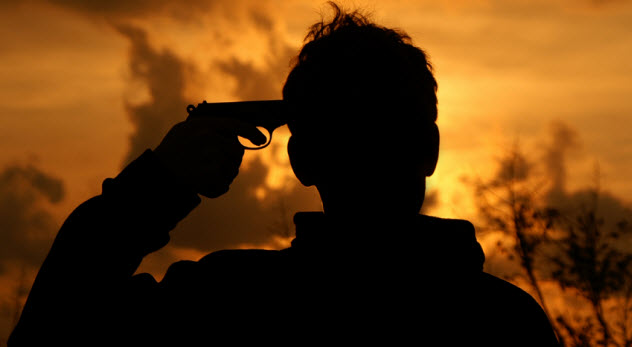 Russian researcher Oleg Shumilov discovered some surprising results when studying records of geomagnetic activity, according to New Scientist magazine. Shumilov looked at data from 1948 to 1997. He found that geomagnetic activity peaked three times every year: from March to May, in July, and in October.

When he compared suicide rates in the northern Russian city of Kirovsk over the same period, he discovered a significant correlation between the geomagnetic peaks and the number of suicides. Although Shumilov’s findings alone aren’t enough to claim the Sun influences suicide rates, he is not the only scientist to discover such a link.

A 2006 Australian study in Bioelectromagnetics discovered a similar link between geomagnetic disturbance and suicide. After studying records going back more than 13 years, psychiatrists in South Africa also found a significant correlation between suicide rates and geomagnetic storms. A positive link has also been found between magnetic disturbance and depression. A 1994 study, published in The British Journal of Psychiatry, found a 36 percent increase in hospital admissions for depression in the second week following geomagnetic storms.

7Sunspots And Mass Movements In History

Similarly, the agitation that occurs in the progression of human mass movements was divided into a series of five phases. From this, Tchijevsky created an Index of Mass Human Excitability. After applying this tool to each year from 500 BC to AD 1922 for 72 countries, Tchijevsky found that 80 percent of significant events—such as wars, revolutions, riots, and migrations—occurred during years of maximum sunspot activity.

However, his conclusions are generally not taken seriously. It’s important to remember that correlation does not equal causation. It’s possible that his findings are significant, but there could also be other factors that explain his results.

6The Sun And Arthritis 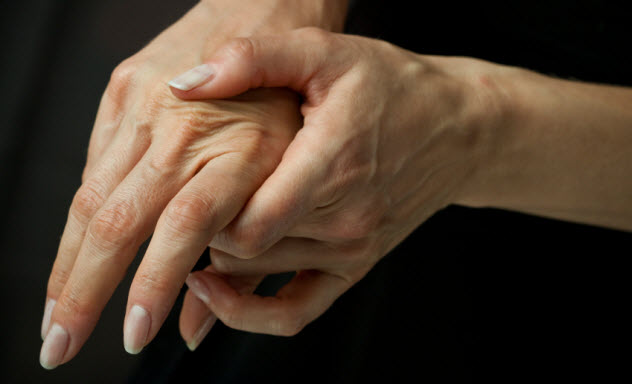 Recently, a possible link has been demonstrated between solar storms and forms of arthritis, such as giant cell arthritis and rheumatoid arthritis. Although the reason for the link is unknown, further investigation may lead to preventative medicine or even a cure if the correlation is valid.

The discovery was made when Lisa Rider, a deputy unit chief in an environmental autoimmunity group, came across data from the Mayo Clinic which suggested that both forms of arthritis followed 10-year cycles that didn’t seem to be coincidental. She mentioned it to her husband, Simon Wing, a Johns Hopkins University physicist, who guessed that it might be related to sunspots.

Together, they launched an investigation with Jay Johnson, a physicist from the US Department of Energy. The team studied 50 years of records related to these diseases. The number of new cases per capita per year was shown to correlate especially well with magnetic storms, with the numbers peaking within a year of the most intense geomagnetic disturbances. 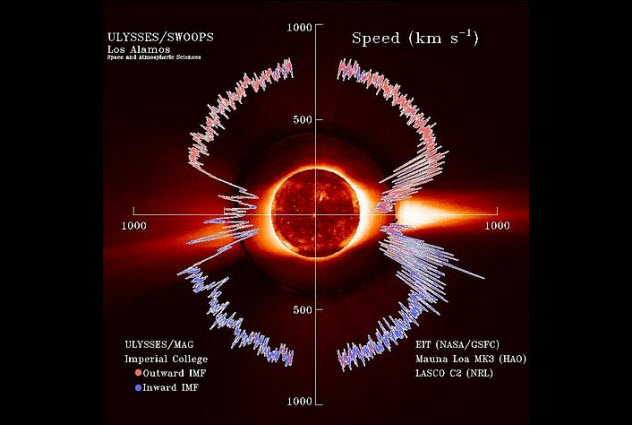 Sunspot cycles affect human health. For a long time, a link between serious disease pandemics and cycles of solar activity has been proposed. Scientists have now come up with a theory to explain why influenza pandemics correspond to the 11-year cycles of the Sun.

Serious outbreaks of flu seem to correlate with sunspot cycles going back as far as the 18th century. Recent pandemics have occurred in 1946–47, 1957, and 1968. The period between 2008–2013 was also predicted by researchers of the flu-Sun phenomenon to be high-risk for serious influenza pandemics. Sure enough, swine flu became pandemic in 2009, and avian flu has also been a serious threat throughout this period. 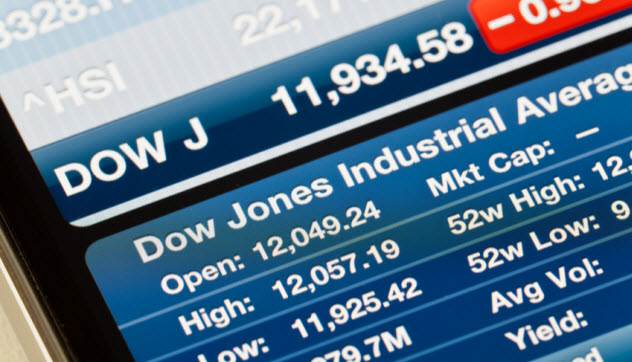 Since it was first proposed in the early 20th century, the theory that the American economy is somehow linked to sunspot cycles has been criticized many times. However, since that time, economists have observed that the market does indeed cycle in periods of roughly 11 years that seem to parallel the cycles of the Sun.

The solar minimum (when sunspots are least active) has also been linked to stock market crashes. The correlation is more obvious now than it was 80 years ago, so it isn’t as easily ignored. However, the author of one study of the 80-year pattern used it to make an actual prediction. He forecast a peak in the Dow Jones Industrial Average for around June 2002, but the market actually crashed heavily at exactly that time.

Nonetheless, this sort of theory reversal hasn’t prevented people from becoming attracted to the idea that sunspot cycles affect the stock market. Since sunspot activity also affects vegetation growth and crops affect markets, maybe there’s actually something to it.

3Earthquakes And The Sun 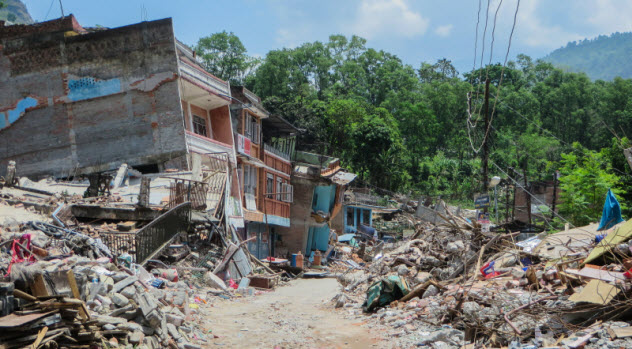 A 2011 study of earthquakes over a period of 400 years showed a significant correlation with high solar activity. The same study also showed that fewer quakes occurred during periods of minimum solar activity. The researchers theorized that an increase in large seismic events when sunspots are more active could be due to increased pressure on the Earth’s magnetosphere from higher solar wind speeds.

Another study used global data for volcanic activity going back 350 years and records of seismic activity from the North American continent going back 300 years. The information was then compared to sunspot counts over the same period. The conclusion was that a strong correlation existed between high-level solar activity and the largest volcanic and seismic events on Earth.

According to the analysis, earthquakes are especially likely to be triggered when sudden increases in solar activity occur after periods of solar calm during the solar cycle minima. Though empirical evidence seems to suggest a link, the exact cause remains mysterious, and it’s still impossible to predict when serious earthquakes will occur.

2Sunlight And Physical And Mental Health 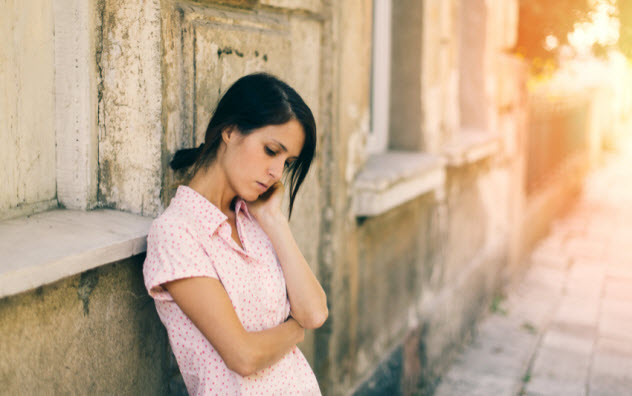 We all know that too much exposure to strong UV rays can be damaging to our health. But when it comes to the Sun causing us harm, we tend to think of sunburn and skin cancer, not mental illness. If we do connect the Sun with mental health, we tend to think of a lack of sunlight negatively affecting us, such as with seasonal affective disorder.

Light therapy has been shown to be effective for patients suffering from certain types of depression, mania, and dementia. A lack of sun exposure for pregnant women may even increase the likelihood of their children developing schizophrenia.

However, a 2004 study suggested that an overexposure to intense UV rays also plays a part in causing major mental illness. Since solar storms can increase UV rays by as much as 300 percent, it was even suggested that the rise in mental illness cases in recent times could be linked to the higher number of severe solar storms over the past 55 years.

Don’t go locking yourself in a dark basement just yet, though. Daily exposure to sunlight has also been linked to better sleep, higher levels of vitamin D, lowered blood pressure, and a better overall mood. It may even help to prevent some forms of cancer, including melanoma, as ironic as that seems. 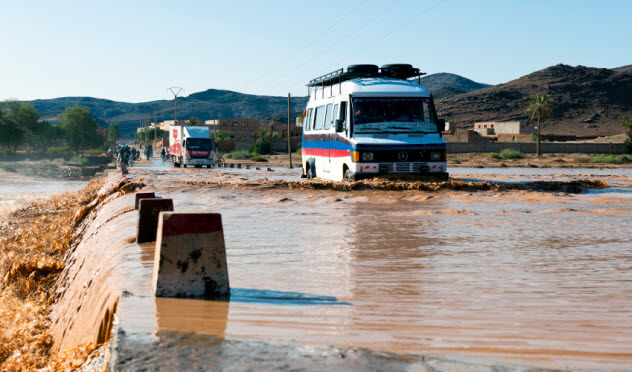 Curt Stager, a paleoclimatologist from Paul Smith’s College in New York, collected data from East African rainfall records for 100 years and compared them to 11-year sunspot cycles. Stager discovered a clear pattern of heavy rains in East Africa, which always preceded peak sunspot activity. He was able to confirm the pattern by checking the historical records for water levels at Lake Victoria, Lake Tanganyika, and Lake Naivasha.

This has huge implications. Flooding in East Africa causes a host of serious problems, including landslides and waterborne diseases such as Rift Valley fever. Some of these diseases are spread by mosquitos and other insects, which thrive in wet conditions. Preventative measures by public health officials can now be put in place before flooding and disease epidemics happen.