The world of DNA is like the proverbial rabbit’s hole. Every step brings wondrously new and even scary discoveries. The more researchers explore and master the molecules of life, the stranger the scientific feats become.

Lines between biology and technology blur in ways never done before, sometimes for the worse. But DNA also brings simple answers to complex diseases, stores the odd file, and can even draw the face of a criminal. 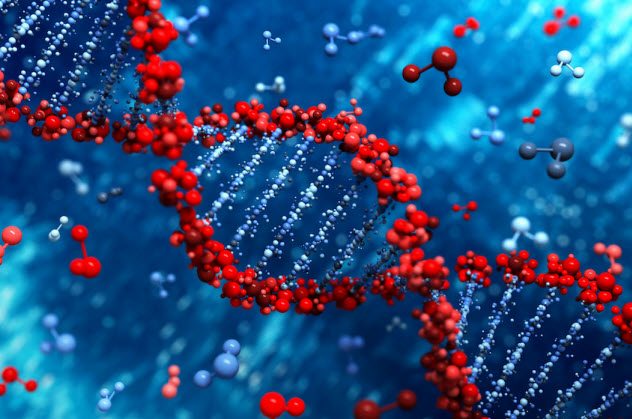 When scientists dreamed of a novel way to gaze at cells’ molecules and processes, one thing stood in their way. The idea was to build a DNA device acting like a circuit that could be switched on and off. The problem was that electricity had to flip the switch.

Researchers finally cracked the issue when anthraquinones were sandwiched into small stretches of DNA. This natural compound was happy to adjust to the implantation and carried a special trait. It triggers an event called redox reactions.[1]

During redox, electrons charge certain molecules while abandoning others. The result is an electrical impulse. When stimulated with an electrode tip, anthraquinones did the job perfectly. Depending on how many electrons it captured, the circuits either stopped or conducted a current.

The switches, each a thousand times thinner than a single hair, pave the way for microscopic molecular devices. Adaptations of this altered genetic code could allow chemical reactions inside cells to be studied in a way that has never been done before, with a special focus on those linked to disease.

9 The DNA Shot That Cures Lameness 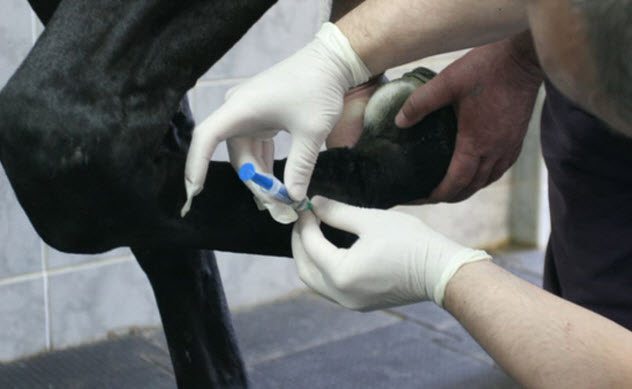 A lame racehorse faces euthanasia, often at a great financial loss for the owner. This is very common with horses that fall or grow older, but conventional treatments are long and do not guarantee quality of life afterward.

Recently, this dreaded issue was beaten with a simple syringe. Scientists chose two genes and injected them into the legs of lame horses. The results were jaw-dropping. Not only did the injuries heal, but after two months, the horses were back on the track and racing competitively.

The revolutionary genes VEGF164 and BMP2 were injected directly into the damaged ligaments and tendons. The DNA encouraged new blood vessel, bone, and cartilage development that left tissues as good as new.[2]

The therapy is not yet a mainstream option but promises to be a game changer, both in veterinary circles and for humans. The test horses remained in peak condition a year after receiving the shots, sparking hope that the same kind of recuperation can one day help people with tendon, ligament, and even spinal injuries.

8 A Hook That Finds Humans 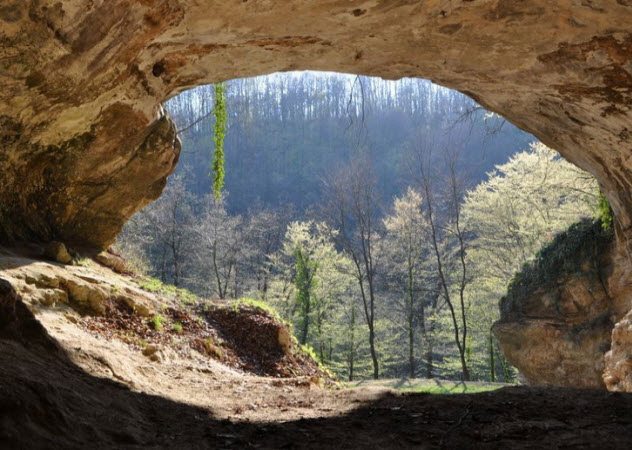 The human family tree remains incomplete despite decades of research. Anthropologists can only study what is available, and early human and other hominid skeletons are few. However, a new technique can now find ancient DNA without the bodies.

Dirt was collected from Belgium, Croatia, France, Russia, and Spain and filtered for human DNA. To heighten the chances, all 85 samples were from archaeological sites 14,000—550,000 years old. The tests opened a floodgate of genes.

In one teaspoon of sand, trillions of DNA snippets appeared. Woolly rhinos, mammoths, cave bears, and ancient hyenas cluttered the search for hominids. To eliminate this genetic noise, researchers went angling. They created a sort of hook from modern mitochondrial DNA. Since it belonged to a human, the hook only lifted similar DNA from the tangled genes.[3]

Remarkably, the molecular tool snagged Neanderthal strands from locations where neither their bones nor tools had ever been found. Even DNA from an extremely rare ancestor, the Denisovans, showed up. The hook technique can answer long-standing questions about which sites and artifacts belonged to humans or Neanderthals and can even find completely unknown hominids. 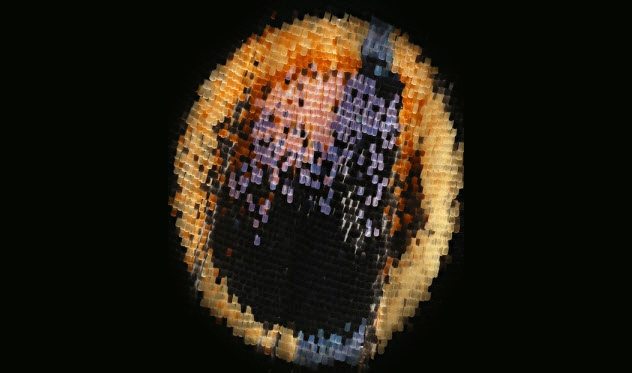 When scientists hunted for the complex DNA behind the intricate wings of butterflies, they were in for a surprise. Instead of the expected network of genes, they found only two. Called WntA and optix, one behaved like a crayon drawing the outlines of a picture while the other colored it in.

Previous studies suspected the pair’s artistic involvement and that optix was linked to red and orange. However, their exclusive influence only came to light when scientists started playing with these so-called “paintbrush genes.”

When WntA was disabled, order vanished. Lines dimmed, colors flowed into each other, and designs disappeared. Turning off optix was even more interesting. Butterflies turned gray or black, even on body parts other than the wings.[4]

An unexpected twist occurred in the case of the common buckeye butterfly. Spots of blue iridescence dotted the wings where previously there were none. Since iridescence is a structural change to wing scales, it showed that optix influences pigmentation at a physical level as well.

Both genes also appear to have instigated major evolutionary changes and abilities, including mimicry as a defense. 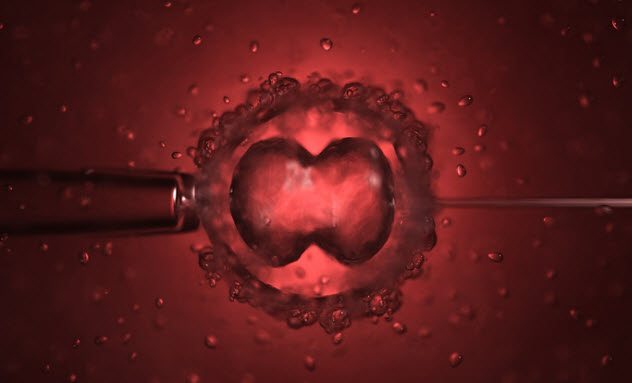 In a bid to cure a dangerous blood disorder, Chinese scientists created human embryos in the laboratory. In 2017, the project involved cloned embryos and tissues taken from a patient who suffered from beta-thalassemia.

Like many genetic diseases, beta-thalassemia is caused by a glitch in a person’s DNA bases. The human genetic code consists of four bases—adenine, cytosine, guanine, and thymine (A, C, G, and T). They contain the entire manual for forming a human and running the body.

A single abnormal base is called a point mutation. These have been linked to two-thirds of genetic diseases. To find the point mutation for beta-thalassemia, scientists scanned the three billion “letters” of the human genetic code to find the problem.

It turned out to be one misplaced G. A technique called base editing replaced it with the correct A and cured the first disease at the DNA level. In the future, the base editor system can potentially yield positive results with other inherited diseases.[5] 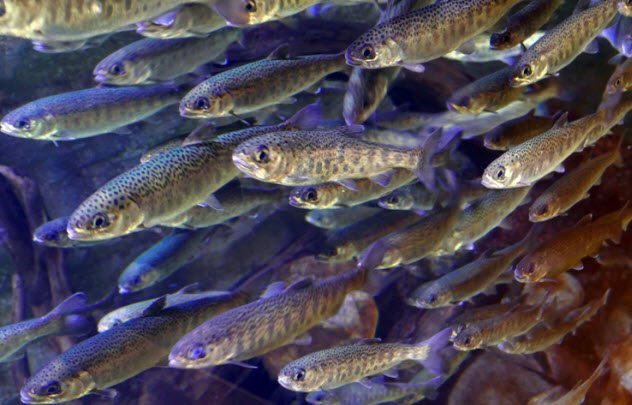 Sun worshipers may soon be able to tan without worrying about skin damage. Ultraviolet (UV) rays from the Sun can destroy DNA, and the cancer risks of sunbathing are well-known.

In 2017, scientists came up with an ingenious idea. A sunscreen made from the DNA of salmon sperm absorbs UV damage almost as if it were a second skin. The longer sunlight zaps it, the better it works. Those who like roasting for hours don’t have to worry about dehydrated skin, either. The fishy film keeps the moisture in.

The application, which includes water and ethanol, might have wider uses than just being a sunscreen. The colorless material could be used as an emergency or casual wound dressing. Its crystalline nature would also allow doctors to monitor healing without having to remove the covering.[6] 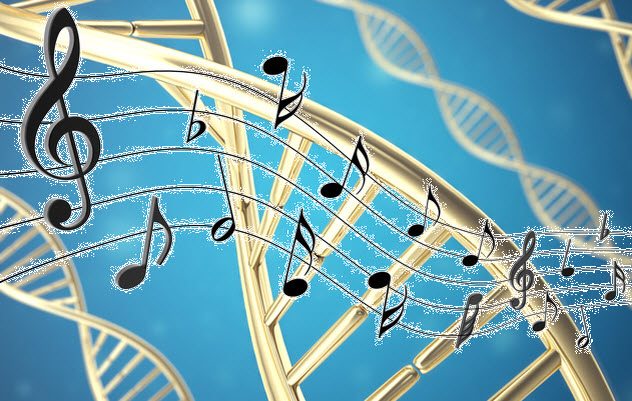 To help solve the world’s information storage problem, scientists turned to DNA. They wanted to prove that no other medium could match its capacity or durability.

Recently, two musical performances—Deep Purple’s “Smoke on the Water” and Miles Davis’s “Tutu”—were chosen to become DNA files. Their binary code, the digital language consisting of 1s and 0s, was converted into the genetic bases (A, C, G, and T).

In turn, the bases were synthetically created and arranged to match the binary sequences of the music. The songs covered 140 MB on a hard drive. But after becoming DNA, they barely made a speck. The files were retrieved by reversing the process, and no segment was corrupted.

The universal nature of DNA means that more than just music can be stored in this manner. Other information that researchers turned genetic included a movie, a computer virus, and an entire computer operating system.

The density of the system could one day hold all Earth’s data in a single room. Under the right conditions, the genetic files could last for millennia.[7]

3 Drawing The Faces Of Offenders 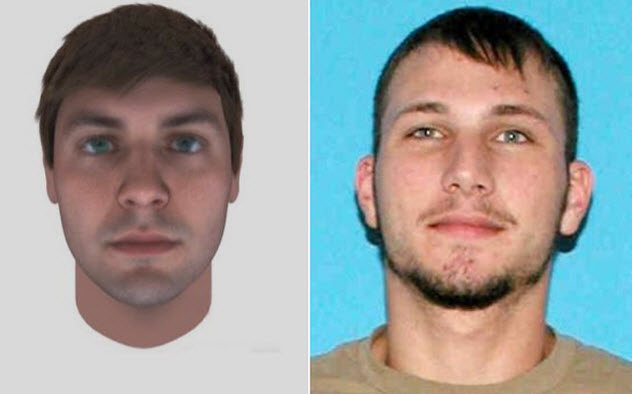 Criminals with genetic information stored in databases have reason to loathe the DNA they shed at crime scenes. A match can quickly get them convicted. One major issue concerns offenders with no prior record. If a crime scene is sprinkled with anonymous genes, cases run the risk of going cold.

In a groundbreaking move, a new forensic technique can compile the face of an offender based on his or her genetic remains. Called DNA phenotyping, it can tell investigators the person’s real hair color, eye and skin shade, geographic ancestry, and finer details such as freckles.[8]

There is only so much that genes can reveal about somebody’s physical appearance. To refine the technique and get more accuracy on things like facial features, the faces and DNA of volunteers were scanned. Software then searched for connections between their genetic points and the shapes of jawlines, cheeks, and noses.

The patterns that were identified made phenotyping capable of providing enough information to compile digital mug shots. On the flip side, it has also been used to add more detail to the skulls of unidentified victims. 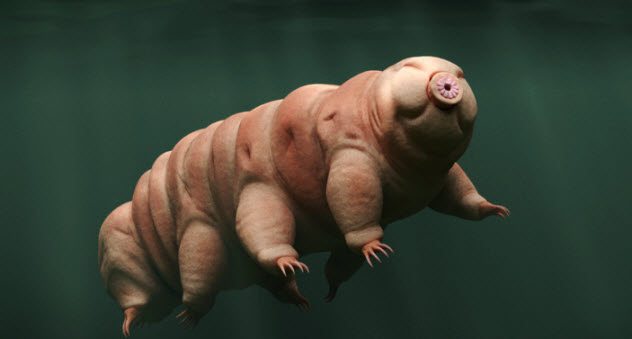 A water organism called the tardigrade recently took genetic weirdness to the next level. The creature’s genome was sequenced to discover more about its super abilities. These microscopic invertebrates can survive space, freezing and boiling point temperatures, unbelievable pressure, radiation, and a decade without food and water.

The reason could be the tardigrade’s ability to steal genes from other life-forms. Animals and humans undergo this process, which is called horizontal gene transfer, mostly through viruses. Most species have 1 percent foreign DNA while the tardigrade hoards the biggest load ever found—17.5 percent.[9]

The estimated 6,000 poached genes belonged to bacteria, fungi, plants, and archaea. The tardigrades have a survival mechanism where they dry themselves out. This fractures their DNA. During rehydration, the genome reassembles and possibly absorbs alien bits that way.

Those passed on to the next generation make tardigrades tougher. In particular, bacterial genes are hardier in extreme conditions than animal genes. Another study found only 500 stolen genes, suggesting that the overload of 6,000 might be a sample contamination. Even so, the tardigrade is changing what we know about evolution and genetic inheritance. 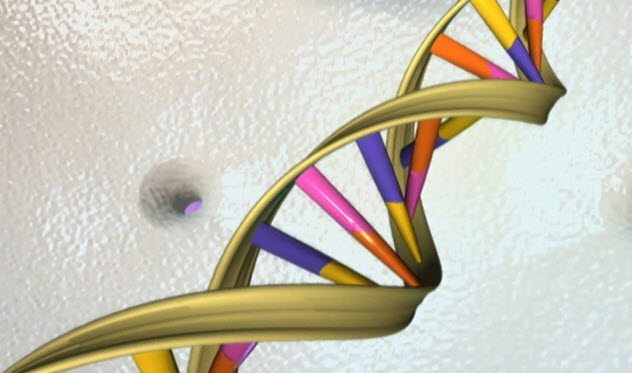 What sounds like a far-fetched movie story line has been accomplished in real life—scientists hacked a computer using DNA. In 2017, the University of Washington took malware and encoded it into synthetic DNA bases.

The leap from biological to digital happened when a computer sequenced the strand. When the software changed the A, C, G, and T combinations back into computer code, the virus was released and gave researchers full remote control of the computer. While this brand of hacking is not being used at the moment, it could only be a matter of time.

The purpose of the bizarre infection was to highlight a concern that sequencing equipment, especially that which uses open-source software, was vulnerable to such attacks. Since DNA sequencing and genetic databases are highly valuable to many scientific fields, malware delivered in this manner could cause untold damage.[10]

Read more intriguing facts about DNA on 10 Amazing Facts About DNA and 10 Remarkable Discoveries That Came From Ancient DNA.