Theories like eugenics or those which discriminate based on gender, race, or sexual orientation are extremely harmful to society. They create divisions between us, usually on falsified or ignorant “scientific” grounds. While some of the ideas on this list have been widely discredited, there are still adherents throughout the globe, with some of them even believed by the majority of the population. 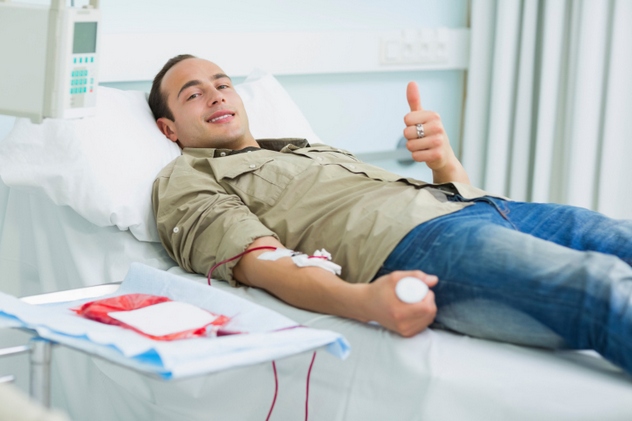 Prevalent in a number of countries, including the United States, France, and Germany, bans on homosexual men are often based on unfounded fears or overt homophobia. Since the 1980s, as AIDS began to be seen as a public menace, laws were put on the books in the US that banned blood donations from people who were seen as overwhelmingly likely to contract the disease. (They’re placed in the same high-risk category as intravenous drug users.) At the time, that seemed like the only way to combat AIDS, considering most of those infected were homosexual men. Moreover, by 1985, a large number of hemophiliacs got HIV from blood transfusions, justifying this overcautious approach.

However, even when donating blood today, men are still required to answer the following question: “From 1977 to the present, have you had sexual contact with another male, even once?” US laws are not inherently homophobic (lesbians are allowed to donate freely), but they still don’t have a scientific basis. In fact, heterosexual men who engage in risky sexual situations or have been treated for any number of STIs in the past year are free to donate as often as they want. Granted, homosexual men are statistically more likely to contract HIV than heterosexual men, but there are now tests which can detect with 99.9 percent accuracy whether or not blood is contaminated with HIV after only 7–10 days, making a lifetime ban irrational. 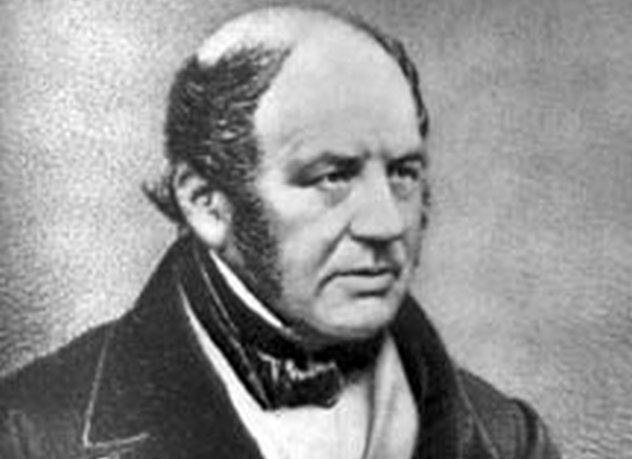 Much like the more widely known drapetomania, dysaesthesia aethiopica was a theorized mental illness from which African slaves were said to suffer. Known to slave owners as “rascality,” it was characterized as causing a great “hebetude of the intellectual faculties, as to be like a person half asleep.” Created by the American physician Samuel Cartwright, who was also the “inventor” of drapetomania, it was often given as the reason for a slave’s laziness, due to the deterioration of the slave’s blood.

In addition, slave owners who treated their slaves either too kindly or too harshly could contract the illness. It was also said to be much more prevalent among freed slaves than those still in captivity, and the only way for a captive slave to catch the illness was to come in contact with a freed slave. The “cures” for dysaesthesia aethiopica included kidney stimulation, good food, and—probably most popularly—hard labor outdoors. 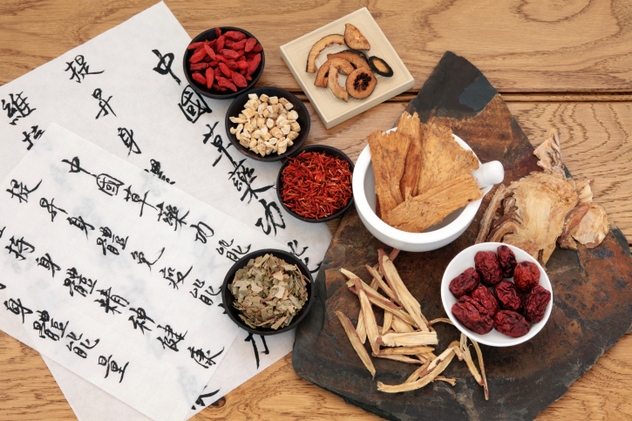 Traditional Chinese medicine, or TCM, is believed to have originated as far back as the 28th century B.C., with a man named Shennong cataloging nearly 400 species of medicinal plants. Over the centuries since, this catalog has expanded to include about 1,000 different plants and 36 different animals. The threat from TCM comes from its real harm to a number of endangered animals, including tigers, rhinos, and sea horses—which makes it part of the cause of what scientists refer to as the Earth’s sixth mass extinction.

Granted, Chinese medicine isn’t the only one to blame. China outlawed using rhino horn as medicine in the 1990s, but Vietnamese rumors of its efficacy in treating cancer have dramatically ramped up poaching efforts. The problem with TCM is that many of the alleged health benefits related to animal parts (rhino horn lowers blood pressure, alligator meat prevents cancer, etc.) have been proven false by various scientific studies. As such, TCM is leading to the extinction of a number of different animals for absolutely no benefit to anyone but poachers. 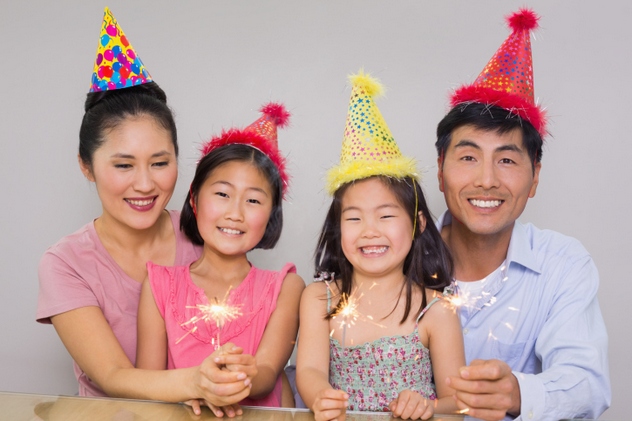 Similarly to the laws that have at times affected interracial marriage in just about every country, the Korean idea of “pure blood” stems from the belief that the country’s people have all descended from one man, Dangun, who is said to have founded the first Korean kingdom. Because of that, the country is believed to have a single bloodline, which is supposed to unite the people even when kings change or dynasties fall. There are some historians who feel it came about due to Japanese subjugation and the resulting attempted assimilation.

In addition, this “pure blood” theory affects any relationship a Korean might have with a non-Korean. People merely traveling with platonic friends may become subject to racial slurs and even violence. In South Korea, where a 2008 survey revealed that 42 percent of the population had never even seen someone who wasn’t Korean, xenophobia is so entrenched that one man was quoted as saying anytime he sees a Korean woman with a foreigner, “he feels as if his own mother betrayed him.” 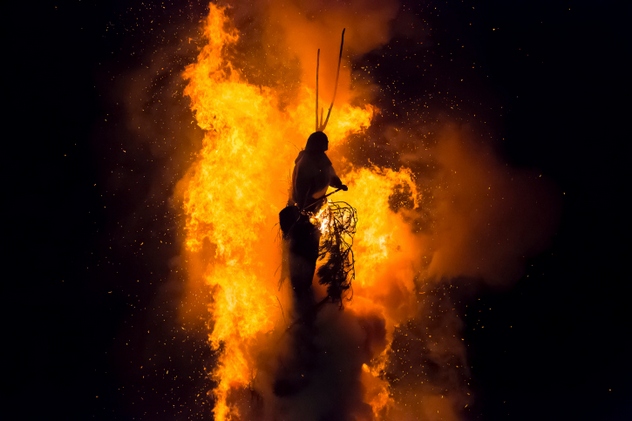 People might look at witchcraft and think of the Middle Ages or the Salem Witch Trials, concluding that it is all in the past, a figment of a more superstitious time. Yet the belief in witchcraft is still harmful today. Charges of witchery, targeting women much more frequently than men, can often find their roots in religious beliefs.

Given the fact that no evidence can ever actually be produced, most “trials” rely on faulty (or lying) eyewitnesses or false confessions, usually brought about by torture. For example, just in 2013 in Papua New Guinea, a woman was burned alive for being a sanguma, one of a number of words for a witch. If that seems like too small of a country to properly reflect contemporary views, many other countries, including Saudi Arabia, still punish people for witchcraft, with sentences ranging from jail time to execution. Saudi Arabia even has a formalized “Anti-Witchcraft Unit,” which spends its time battling suspected witches. 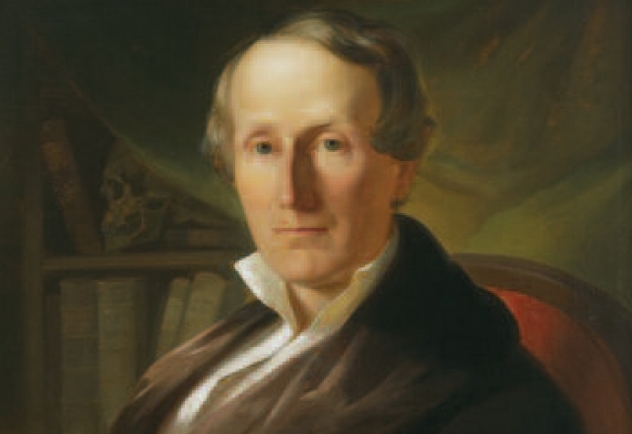 Biological determinism is the pseudoscientific belief that our behavior is determined by our genetic makeup. While this “theory” raises unintended questions about whether or not we’re responsible for our own choices, it’s mostly been used to justify racist, sexist, or homophobic behavior, under the guise of superiority on the part of the abuser. Modern science tends to agree that our actions are a combination of our biological tendencies and our environment, making them a phenotype.

Cases of overt racism are extremely common when dealing with biological determinism. Take, for instance, Samuel George Morton. He was a 19th-century doctor who gathered 1,000 skulls from a number of different races and measured their sizes. Morton concluded that white people have larger brains on average than black people, a fact which slave owners took as a biological sign that they were justified in subjugating their slaves. Debate continues over whether or not there actually was a difference between the skulls, or whether Morton’s inherent bias made him “find” a difference that wasn’t there.

More a collection of theories than one single idea, Lysenkoism was embraced by Stalin as a result of his love for Marxism and his distaste for fascists, especially those racially pure rascals known as the Nazis. Trofim Lysenko was a man with a plan, a nondescript agronomist who rose to power after claiming to be able to greatly increase the wheat yield through a process known as “vernalization.” Though this was not a new theory, and the yield was only marginally increased, Lysenko was viewed as a hero and was granted a tremendous amount of influence on the direction of Soviet scientific research.

Another of the discredited ideas he erroneously followed was the theory of hereditary evolution known as Lamarckism. This idea was first put forth by a French biologist and later co-opted by a Russian scientists who renamed it Michurianism. The theory basically states that an organism can pass on learned qualities or traits it acquires during life to its offspring. Unfortunately—or fortunately, depending on your view of history—Lysenkoism held back the advancement of Soviet scientists for nearly 30 years. Lysenkoism wasn’t really rejected until 1965, well after Stalin, one of its biggest proponents, had died. 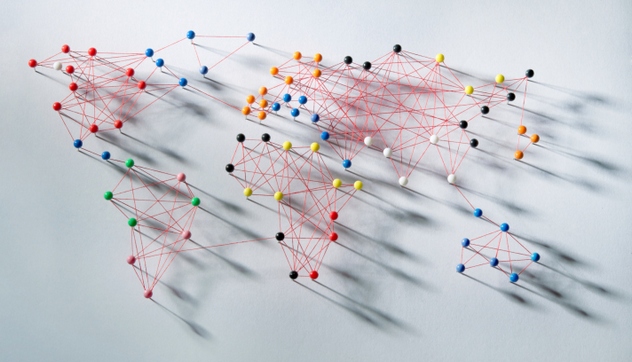 A highly regarded, widely held theory of human evolution known as monogenism states that we have all descended from humans that lived in Africa tens of thousands of years ago. Polygenism is the opposite of that, with its proponents claiming the different races of humanity, especially whites, came from different places and are therefore separate species. Much like the Bible was used to promote slavery in America, this idea was used to hinder interracial marriage. It also helped slavery’s cause, but the more religious Southerners objected to the idea on biblical grounds.

Samuel George Morton, of the biological determinism crowd, was also a proponent of this idea. Although his Quaker beliefs opposed slavery, he considered black people to be a separate species because of the racial differences. In addition, though many pro-polygenism scientists claimed objectivity and may have even been anti-slavery, it was clear that an air of racism infected everything they researched and their conclusions, with many of them wanting clear and specific segregation between white and black people. 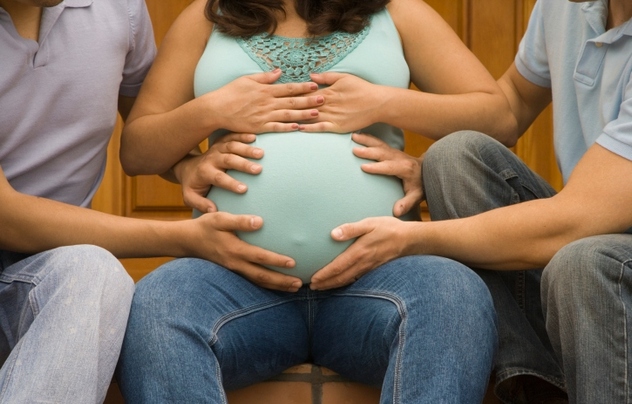 Widely regarded as nothing more than harmful superstition, telegony was once a prominent theory of genetics, one which went back all the way to the times of Aristotle. It was believed that the heredity of a person was influenced by their biological father, as well as any other males with whom the person’s mother slept. Greek for “far offspring,” telegony was even accepted by Charles Darwin, who truly believed it existed.

In reality, telegony was nothing more than an excuse for proponents of female virginity and those opposed to interracial relationships. The Nazis also held this belief, claiming that if a pure Aryan woman slept with a non-Aryan, she could never have a pure Aryan baby. Telegony is an offshoot of a belief called “maternal impressions,” in which activities the mother participates in can affect her offspring. Disorders like epilepsy were said to have been caused by the mother falling down while pregnant, and bed-wetting was caused by the mother walking over a water-filled ditch. 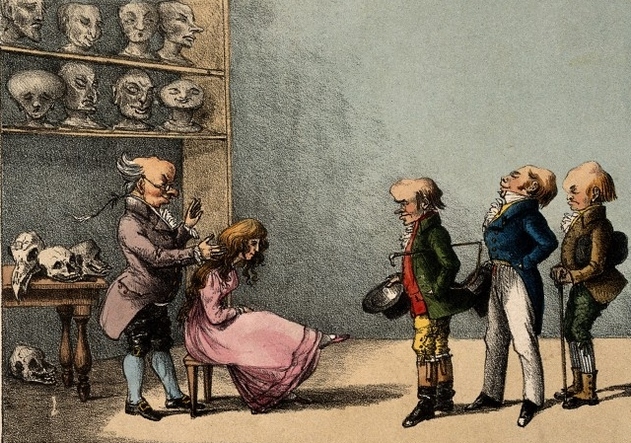 A pseudoscience closely related to biological determinism, phrenology is the study of skull shape and size and their influence on a person’s mental abilities, as well as a person’s character. First developed in the late 18th century by a Viennese doctor named Franz-Joseph Gall, phrenology was hugely popular, even into the 20th century. Slave owners benefited the most from the “science” of phrenology and used the information to justify slavery by claiming Africans weren’t intelligent enough to be of any other use.

Another widely held belief among phrenologists was that Africans had an enlarged part of the brain that caused them to be more subservient. Charles Caldwell, a leading proponent in Kentucky during the 1800s, claimed: “They are slaves because they are tameable.” In a weird twist, phrenology was also used by abolitionists, who argued that the timidity of slaves meant they wouldn’t become violent if they were all freed—a fear of many slave owners.