From bloggers to newscasters to the president of the United States, everyone is talking about gun control. In the midst of this ongoing debate, however, there are many myths put out by both political sides that can be debunked with just a bit of research.

10 Hitler Took Guns Away From Everybody 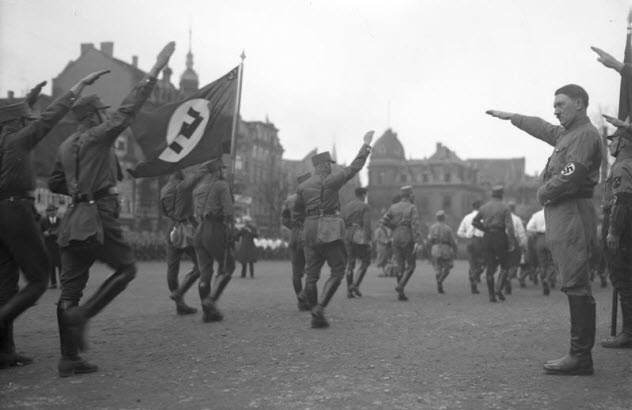 In every debate about gun control, someone eventually equates any form of gun control with gun confiscation. Amid dramatic cries of “they’re coming to take our guns,” some people even claim that those in power are trying to take guns from US citizens like Adolf Hitler did to the Germans. Some may even cite the Nazi Weapon Law of 1938, saying that the beginning of Hitler’s rise to power was to take away the firepower of his citizens.

Except that the 1938 law did the complete opposite.

In fact, Hitler was responding to harsh gun control restrictions that were already in place before his rise to power. The 1938 law deregulated the purchase and transfer of rifles, shotguns, and ammo.

Hitler reduced the minimum age to buy a gun to 18 from 20 and extended the length of gun permits to three years from one year. Although Hitler did forbid Jewish citizens from purchasing guns, other people faced no restrictions at all on purchasing and using guns. Overall, for the vast majority of Germans, Hitler made it easier to get guns.

A related myth is that the Nazis could have been stopped by the Jews if they had been armed. This myth is invoked when citizens fantasize about their own ability to repel a government they see as corrupt.

However, if Russia’s Red Army lost seven million people fighting Nazis with artillery, planes, and tanks, it is simply impossible that Jewish citizens with shotguns and pistols would have fared any better. 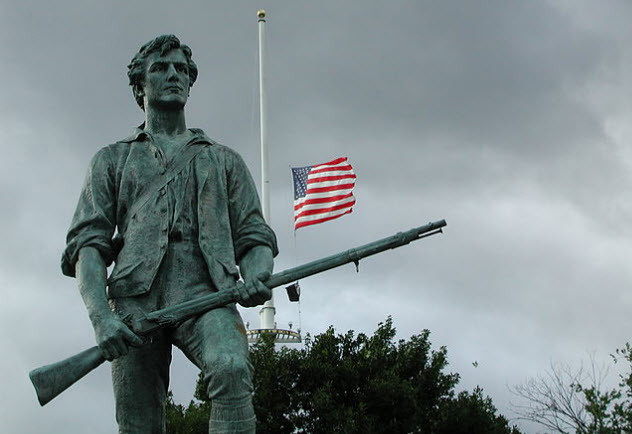 Many people consider the Second Amendment to be sacred—something that gives each citizen the right to own a gun. There’s just one small problem: It wasn’t designed to do that.

The amendment reads as follows: “A well-regulated militia, being necessary to the security of a free state, the right of the people to keep and bear arms, shall not be infringed.”

While something of an ungrammatical mouthful, the amendment was crystal clear to US courts for over two centuries. Specifically, the US Supreme Court and the lower courts agreed that this amendment gave the right to bear arms to state militias—“a well-regulated militia”–but not to individuals.

This changed in 1977 when the NRA was suddenly run by conservatives with a new interpretation of the Second Amendment. Their ideas gained steam with the election of President Ronald Reagan and continued to gain traction with both conservative politicians and citizens.

In 2008, the Supreme Court decided that the NRA was right. For the first time ever, the Second Amendment conferred individual rights to gun ownership.

Of course, there is a final irony to all of this. Many conservatives embrace the Constitution as firm and unchanging, rejecting the idea of it being a living document that must be adapted as times change.

However, one of the central tenets of conservative thought and lifestyle—the right to bear arms—is due to three decades of having the NRA argue that the Constitution is a living document that required a new interpretation. 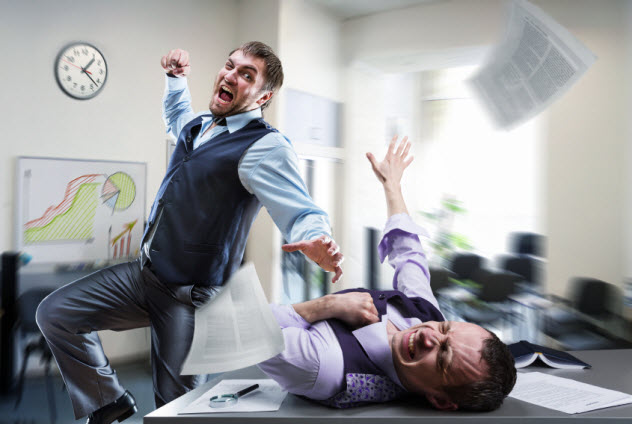 It may be the most common mantra repeated against the idea of any form of gun control: “Guns don’t kill people; people kill people!” The assumption is that individuals would still find ways to kill the same number of people in a country with no guns. So gun control is unnecessary.

This unrelenting study also pointed out that household firearms—long held by the NRA to be both deterrent and final solution against violent intruders—contributed significantly to the “guns used to kill children, women, and men, both on the street and in their homes.” At the end of the day, it seems that more guns put gun owners at more risk, not less.

7 There Is A Huge Gun Show Loophole 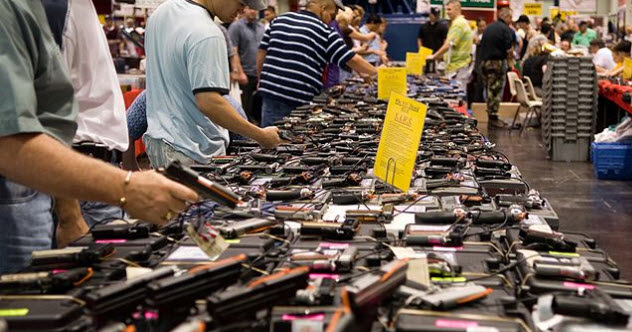 One of the most persistent myths about guns is the so-called gun show loophole. According to this myth, gun shows are a kind of Wild West in which anyone—even a criminal—can easily obtain guns without any kind of background check.

In reality, things are a bit more complex. The majority of vendors at gun shows are licensed gun dealers. They must abide by the same regulations as other gun dealers, including running the same FBI background checks on buyers.

Of course, those who are not professional gun vendors do not have to run background checks on people to whom they sell or give firearms. If these people choose to meet at a gun show, they may complete a transaction without any background checks.

But they could just as easily meet someplace else. After all, you don’t have to run checks on family members before giving them a gun or on strangers if you decide to sell a gun through a classified ad. 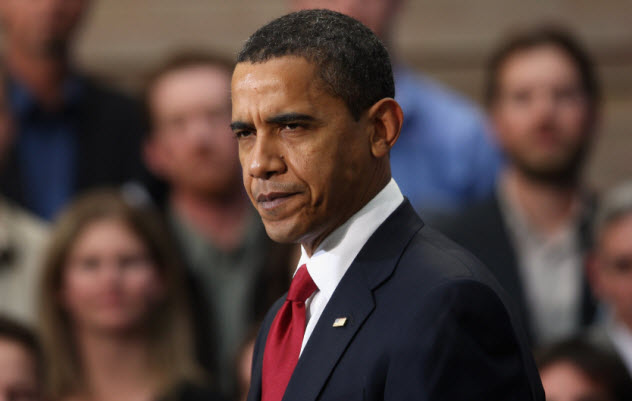 Many pro-gun individuals believe that President Obama wants to take their guns away. Proponents of gun control are quick to point out that tighter gun control, such as background checks, does not mean taking guns away from citizens. However, from a certain point of view, Obama really does want to take your guns away.

In the wake of America’s ongoing epidemic of mass shootings, Obama has praised Australia many times as a model to emulate. He often questions why Australia was able to get such a thorough handle on gun control while America cannot.

So what did Australia do exactly?

In the aftermath of a mass shooting in 1996, Australia instituted sweeping laws that involved a mandatory buyback of all semiautomatic rifles and some shotguns. Many US citizens have these types of guns. If Obama were to literally make US gun laws more like those of Australia, the conservative nightmare would come true. The US government would be coming for some of your guns. 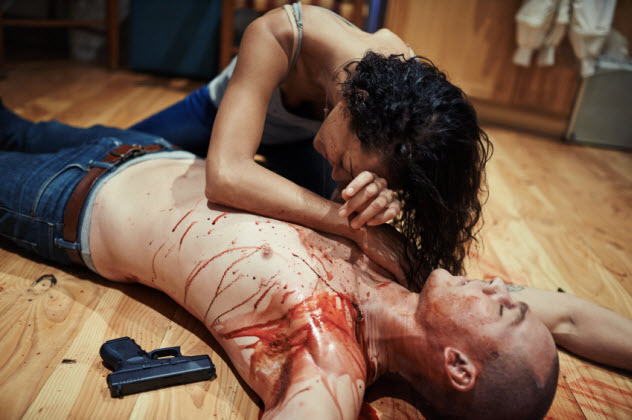 This gun myth is oddly specific. Based on a 1986 study by Arthur Kellermann and Donald Reay, gun control advocates support their position by citing an alarming finding: Firearms in a household are allegedly “43 times more likely” to kill someone in the house than they are to kill an intruder. However, the truth is much more complicated.

Eagle-eyed readers may see that part of the problem is the way in which the finding is phrased. It only focuses on mortality. The study did not include the number of times that criminal intruders are wounded or driven off by the homeowner’s possession of a firearm.

In a later study, criminologists Gary Kleck and Marc Gertz claimed that the “43 times more likely” conclusion is off by a factor of 1,000. They believe that the number should be closer to .043, rather than 43. However, there’s no proof that their conclusion is accurate, either.

Returning to the Kellermann and Reay study, their numbers were skewed by including suicides, which accounted for a whopping 86 percent of the deaths that supposedly occurred due to firearms. It is unclear how many of these people would have killed themselves without firearms or whether guns played any motivating factor in their deaths.

4 Criminals Will Ignore The Law And Still Use Guns 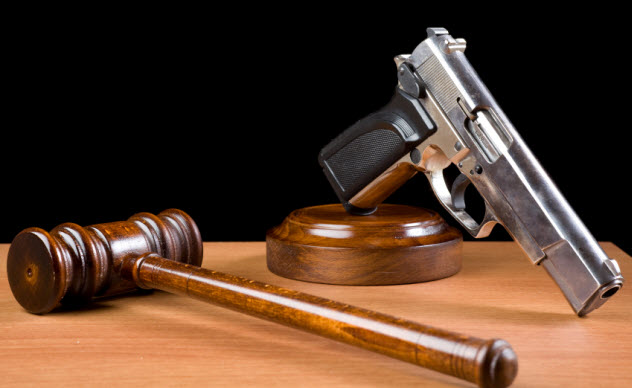 Another popular myth is that gun control is useless because criminals will still obtain guns. According to this argument, the people who are already breaking the law can’t be stopped by another law, and more restrictive laws will only impact noncriminals.

It’s easy to see how silly this argument is when you apply it to other scenarios. If we only have laws that criminals will abide by, we won’t have many laws. So why do we have laws at all if criminals will ignore them? Why not simply give up and agree to have anarchy?

Obviously, there are a lot of reasons to have laws. But in this case, criminals don’t entirely ignore gun laws. According to a study published in the Journal of the American Medical Association, the higher the number of firearm laws in a state, the lower the number of both homicides and suicides in that state.

The study did not draw any definitive conclusions about why this happens. But whatever the reason, the myth that criminals will obtain and use firearms in the exact same murderous ways despite gun laws is just not true. 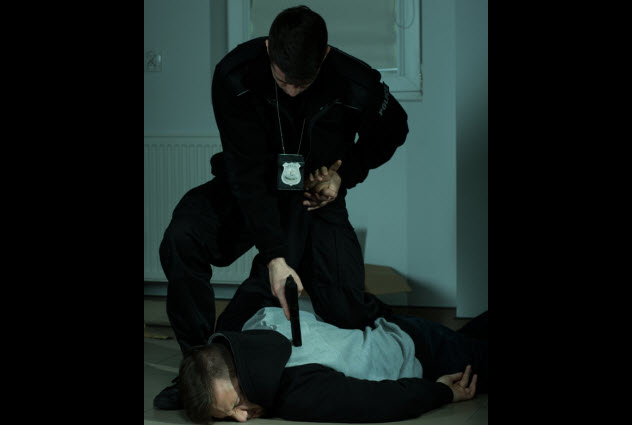 This myth is so popular that the NRA’s Wayne LaPierre has crystallized it into the public consciousness: The only thing that can stop a bad man with a gun is a good man with a gun. Of course, this deliberately simplifies the issue by reducing a complex national matter into a giant game of cops and robbers in which an increase in “good” gun owners can counteract the “bad” ones.

Except that it’s not true . . . or at least, not nearly as prevalent as gun proponents would have you believe.

After collecting data from a variety of sources, the Harvard Injury Control Research Center reached some interesting conclusions about the good and bad men with guns. In many cases where guns were allegedly used in self-defense, judges later determined that these actions were illegal.

The researchers also claim that guns in a home are often used to intimidate family members. Most interestingly, criminals who do get shot before they go to prison are almost never shot by “law-abiding citizens.” In an ironic turn of events, most are shot when they are victimized by other criminals.

Obviously, there are times when guns are used for self-defense, and bad men are stopped by good men. But it’s an NRA-fueled fantasy that this happens millions of times a year. 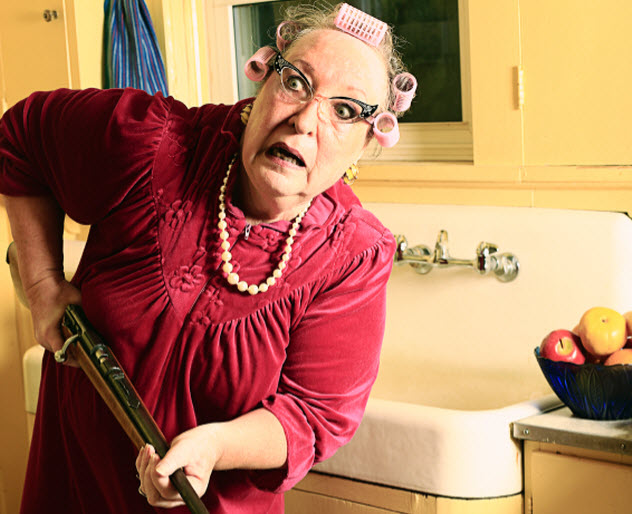 According to a popular myth, you are just as likely to have your gun taken and used against you in a confrontation as to successfully defend yourself or drive off the attacker. This liberal myth assumes that many overly confident gun owners have no training in using their guns and find themselves in dangerous situations that literally backfire on them.

However, the reality is quite different. According to criminologist Gary Kleck, criminals take guns away from their victims in fewer than 1 percent of reported cases.

Kleck believes that we will probably never have a definitive answer as to how much guns deter violent crime. But he was generally optimistic about the ability of guns to “disrupt” potential crimes and to protect the victim against his attacker. 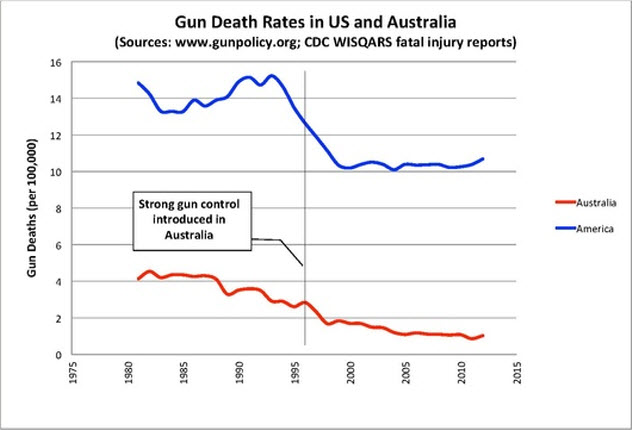 One of the most understandable gun myths is that the overall amount of gun violence is rising. With the sheer number of mass shootings—and the subsequent media circus that follows each one—it’s easy for the average US citizen to imagine that America is becoming more of a trigger-happy wasteland every day. Strangely, this is the opposite of the truth.

According to a gun homicide report conducted by the Pew Research Center, America’s gun homicide rate as of 2013 was down 49 percent from its highest rate, which occurred in 1993. During their study, the researchers discovered that 56 percent of Americans surveyed thought that gun crime was actually higher than it was 20 years ago.

This general reduction in gun violence held true across the board—from suicides to robberies. Like other studies of this type, no definitive theory is given as to why this has occurred. Nonetheless, the myth of rising gun violence is more an invention of the media than a representation of reality.

@PocketEpiphany thinks Greedo would still be alive if Tattooine had tighter gun control.