In today’s world, there is a lot of controversy surrounding firearms. Thousands of people lose their lives every year as a result of gunshots, so it is no wonder people are against guns. There are many advocates of guns for a variety of reasons, as well.

This list is not meant to discuss the differents sides of the gun arguments but instead to discuss the history of firearms and provide information about them. Guns are very prevalent, especially in the US, and it is important to learn about them because they, and articles about them, are all around most of us every day. Here is a list of ten things that you may not have known about firearms. 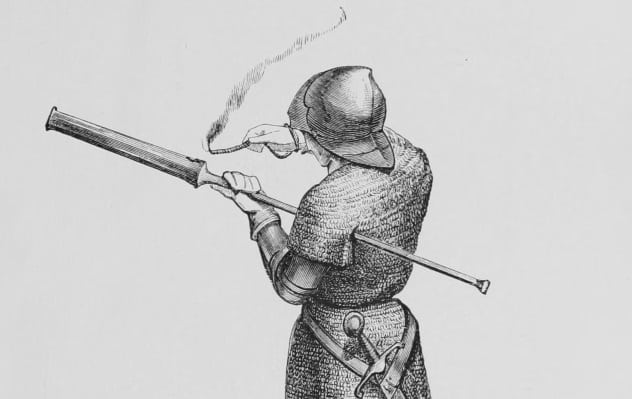 Many of us know that guns have changed a lot throughout the centuries, but the amount that they have changed, and how long they have been around, is crazy. Some of the earliest records of firearm use date to the 13th and 14th centuries. By the 1400s, matchlock guns appeared. This is an important development, because beforehand, guns were not at all easy to use.

Before the advent of the matchlock gun, a person would need both hands and often a stand to set their firearm on. One of their hands would be used to fire, and the other had an even more important job. For the firearm to work, its user would have to bring a burning wick to the touch hole of the gun to ignite the powder inside. Matchlock guns, on the other hand, allowed people to keep both hands on the gun while firing, a great help for aiming.[1] 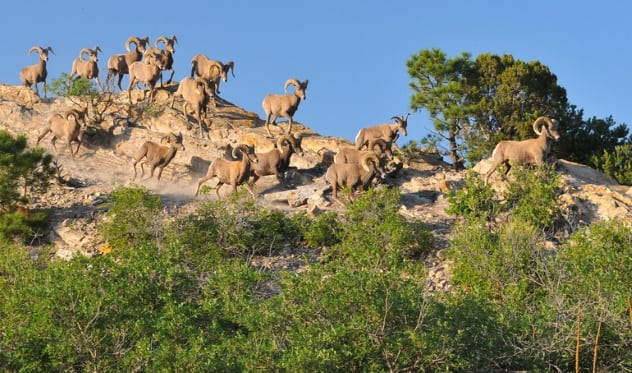 When we think of gun owners, we may not think of them giving back to their community. In fact, gun owners contribute a lot when they buy guns and ammo. Since 1937, US gun owners have been responsible for giving over $4 billion to wildlife conservation.[2] That money has gone to saving wildlife and preserving forests and other habitats.

So, why has so much money been contributed to wildlife conservation from gun owners? In the United States, there is a ten- or 11-percent tax on all guns and ammo. So whenever someone buys a firearm or bullets in the United States, tax dollars go toward preserving wildlife. 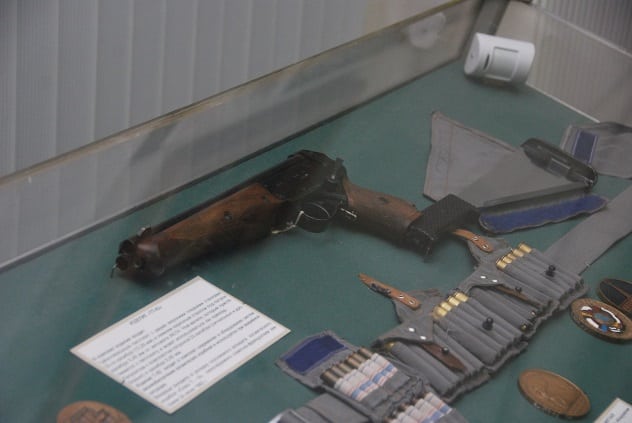 There are a number of strange stories out there about guns and people using them, some of which involve Russians. The Russians actually took guns into space with them. Now, there are probably a lot of ideas circulating about why they might have done this, but it was in case they landed off course. These guns, called TP-82s, were carried between 1986 and 2007 and were meant to allow cosmonauts to defend themselves against bears.[3] It is funny to think about how much they were risking to go up into space, and one of their biggest threats was apparently still bears.

Another interesting story involves the Soviet Union. The Soviet Union designed a Gatling-style autocannon, the GSh-6-30, that was meant to be mounted to planes. Unfortunately, the vibration of the gun would caused damage to the plane. Three had to crash-land due to jamming of their landing gear doors brought on by the GSh-6-30. It caused fewer problems when used as an air defense weapon. 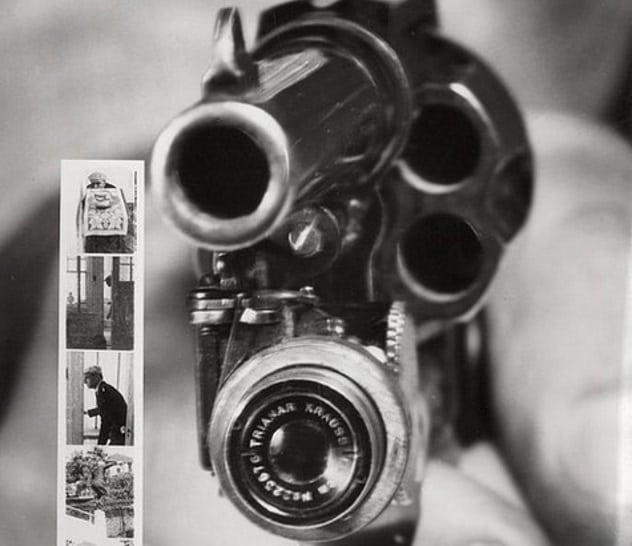 Throughout the years, there have been many modifications made to guns. In 1938, there was a very interesting innovation in the form of the revolver camera. It was just what it sounds like: a revolver, (a Colt .38 special) with a camera attached. Whenever the owner would pull the trigger of the gun, the camera would take a picture.

As some of us might be imagining, this had the potential to be gruesome and terrifying. The good news is that even if the gun wasn’t loaded, the camera could still take pictures, which could turn out pretty cool, but the result wouldn’t be that different from using a normal camera. It is really crazy and interesting how people can come up with such strange modifications to firearms, but the revolver camera has to be one of the craziest, although it never saw widespread use.[4] 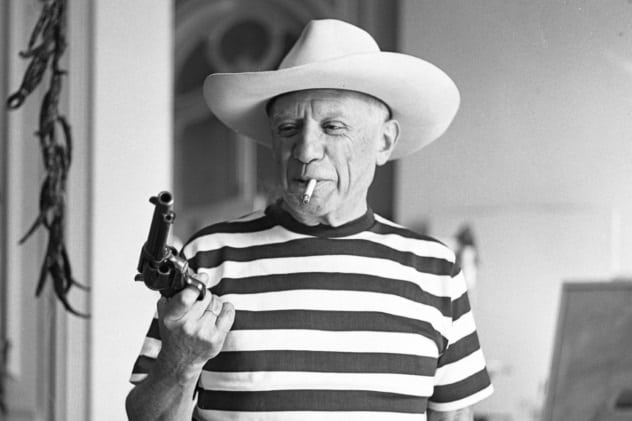 Pablo Picasso is one of the most famous and renowned artists of all time. Less well-known is something that he used to do for fun. Picasso owned a revolver and would load it with blanks. It once belonged to Alfred Jarry, a writer from whom Picasso took inspiration. If a fan asked Picasso what his paintings meant, questioned him about his theories on aesthetics, or insulted the memory of Paul Cezanne, he would reportedly “shoot” them.[5]

Now, obviously, the gun was filled with blanks, but it must have been terrifying to be the person Picasso was shooting at. In today’s society, this type of thing would never be allowed, but it is a comical yet creepy fact about Picasso. 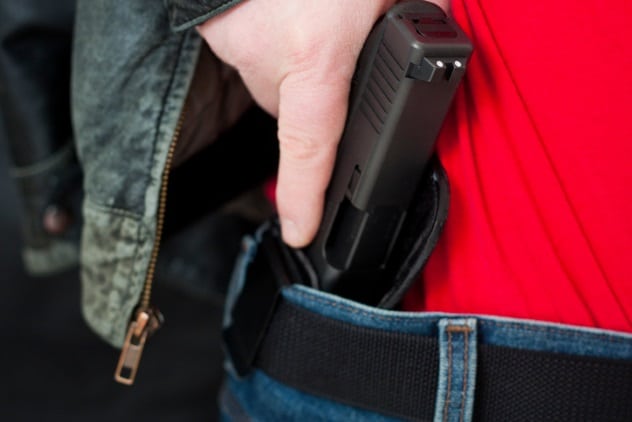 We all know that there are many weird laws throughout the world. Gun laws are no exception. The first strange law that we are going to look at comes from Arizona. In Arizona, it is legal for someone to carry around a handgun but you can’t possess nunchucks (aka nunchaku). How strange is that? A gun is so much more dangerous than nunchucks.

Another strange gun law comes from Kennesaw, Georgia. The law states that every household head in the city must own a gun. There are a number of exemptions from the rule, though, such as being unable to use or afford a gun or objecting due to religious or conscientious reasons. Obviously, people who are legally barred from owning guns are exempt.[6] 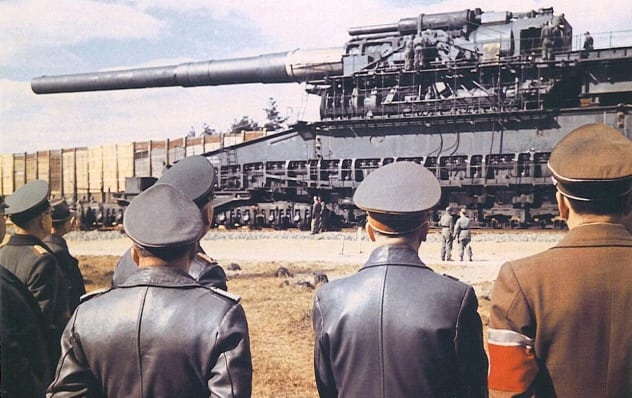 We know firearms come in all shapes and sizes. There are guns small enough to fit in our pockets and so big they’re mounted on battleships. There is only one gun, though, that takes the title for the biggest, specifically “the largest caliber rifled weapon to see combat in the history of artillery.”[7] It was called the Schwerer Gustav, and it was built by the Nazis for use during World War II. This massive artillery piece was moved and fired from railroads and weighed 1,350 tons.

The Gustav might look impractical, but it was actually pretty functional. In fact, this gun could hit a target 39 kilometers (24 mi) away. Bigger may not always be better, but in this case, the Schwerer Gustav is pretty impressive. 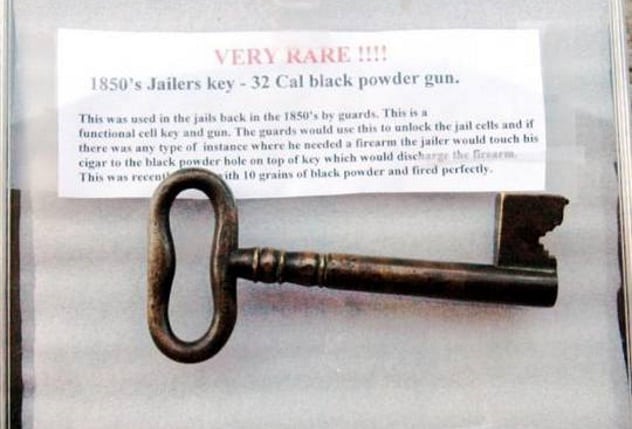 So far on our list, we have looked at some pretty out-there firearms, but this next gun is unbelievable. In the 1850s, jail guards carried around a very special type of firearm that looked like a key. These key guns actually worked and were used to lock the cells in the jail.[8] These guns only had one round in them, but in a life-or-death situation, that one round might come in handy.

Obviously, the guards had other weapons on them, but they had these key guns, too, just in case. Key guns were eventually discontinued because there were a lot more useful and practical weapons out there for guards to use, but they remain some of the most unique and cool-looking firearms to ever have been invented. 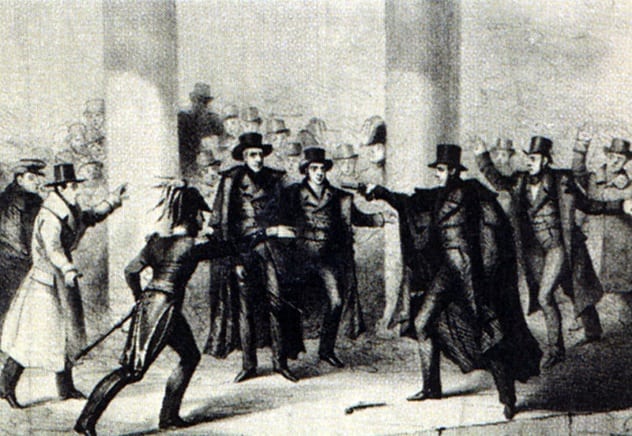 We all know that US presidents have not only owned guns but have died by them. James Garfield, the 20th president of the United States, was assassinated with a gun. His killer did something very strange when choosing the firearm to assassinate the president with: He purchased a gun that he thought would look good in a museum. The firearm did actually end up in a museum.

The next presidential gun story does not have such a sad ending, and it involves President Andrew Jackson. President Jackson was nearly assassinated by a man who brought two pistols to kill him. Luck must have been on Jackson’s side that day, however. When his would-be assassin, Richard Lawrence, tried to use his pistol, it misfired. Jackson, furious, proceeded to beat the failed assassin with his cane. Lawrence managed to pull his second pistol, but it also wouldn’t fire.[9] Jackson’s aides then wrestled him away. 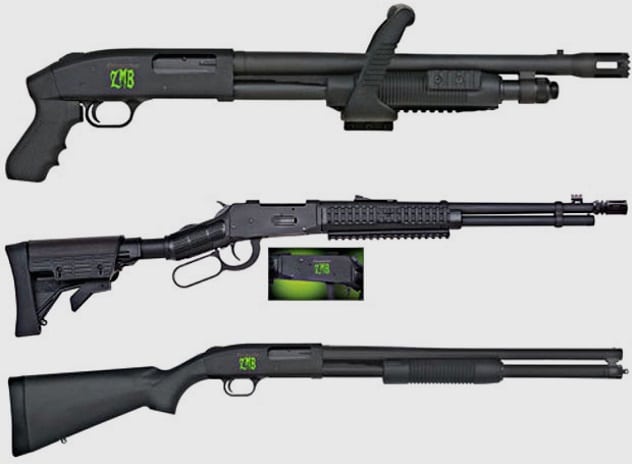 To end our list, we are going to look at a comical set of guns created in 2012. Gun company Mossberg created a line of firearms specifically to kill zombies.[10] That’s right: zombies. Now, there may not be zombies around at the moment, but we don’t know what the future holds.

Granted, there’s not much of a difference between these guns and other firearms. They look more unique and have a special “ZMB” stamp on them, but some of the changes made versus Mossberg’s more standard offerings were even described as impractical. Whether this line of guns will actually be used one day to fight zombies or not, they are pretty cool to look at.