The English language is constantly evolving, and there are a multitude of words out there that don’t mean what they used to. We’re talking about common words that you use every day. We take them for granted, but at some point in history, their meanings totally changed. Some of these words did a complete 180, others went in bizarre new directions, but they all originally meant something much different. 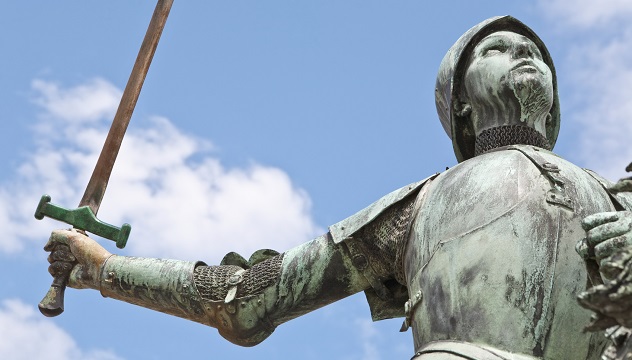 We were probably all called “moody” in our teenage years, but if we had lived before the 16th century, that might not have happened . . . unless you were exceptionally courageous. Back then, “moody” was used to describe somebody who was brave or willful. A perfect example is Joan of Arc. In 1429, she led the French in driving out the Anglo-Burgundians, forcing them to retreat across the Loire River. That was quite a brave, or “moody,” move.

“Moody” derives from the Old English word modig, which means “brave,” “proud,” and “high-spirited.” It wasn’t until the 1590s that “moody” became a word people would use to describe others who were gloomy or sour. 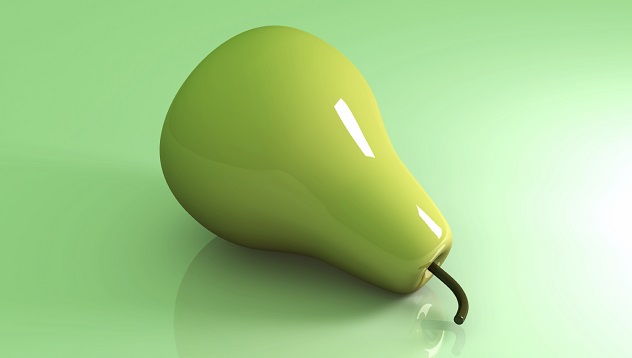 In today’s world, when we hear the word “artificial,” we automatically think of something that is fake or unnatural. For instance, artificial fruit might come to mind. Or perhaps you’re remembering the time your dentist mentioned artificial teeth . . . probably because you had a huge crack in your pearly whites from trying to take a bite out of that artificial fruit.

And then there’s artificial intelligence, a popular term that has been used in the majority of science fiction movies over the past 30 years. However, the original meaning of “artificial” does not have anything to do with something being unnatural or man-made. Instead, it was actually used as sort of a compliment.

In the late 14th century, if someone was “artificial,” then they were very skilled. On the other hand, if an object was considered “artificial,” that meant it was artfully created. It was not until approximately 100 years later that “artificial” took on its modern-day meaning. 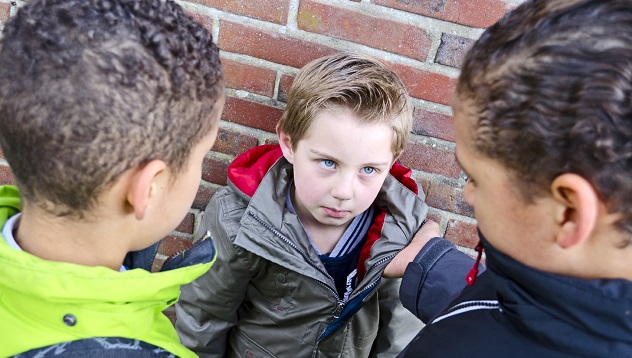 When most of us think of the word “bully,” we picture a big jerk who steals kids’ lunch money or waits by lockers to give students atomic wedgies. But years and years ago, “bully” meant something completely different. Back in the middle of the 16th century, “bully” came from the Dutch word boele, a word which means “lover.”

Surprisingly, “bully” was a term of endearment. It could be used for either males or females as a term of affection from one lover to the other. The word actually did not take on its intimidating meaning until the late 17th century, probably because “bully” came to describe a pimp who violently protected prostitutes. 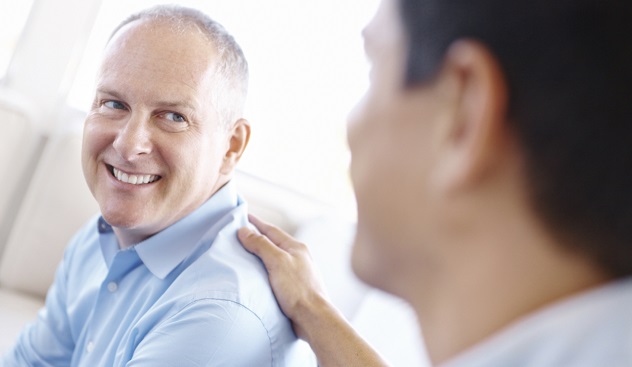 Generally speaking, the word “nice” is quite a compliment. However, back in the late 12th century, if someone said you were “nice,” it was far from flattering.

Way back when, “nice” was used to mean “foolish” and “stupid.” That sounds more like the kind of term that would start a fight instead of putting a smile on someone’s face. Later on in the 13th century, “nice” came to mean “timid,” and during the 14th century, it even meant “being careful.” But finally in the 18th century, it changed to the kinder definition we know today, and ever since then, people have been using it in an endearing way. 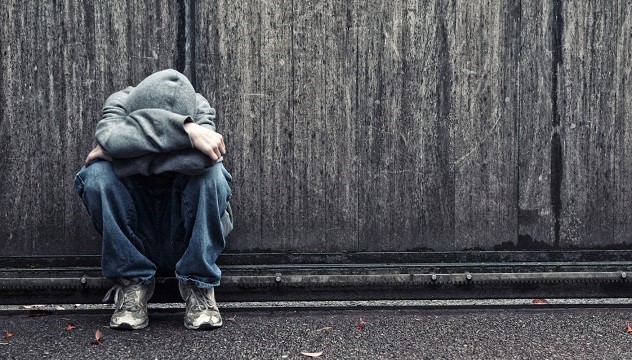 All of us get sad every now and then. It’s a normal part of life. A loved one passes away, we get overlooked for that big promotion at work, or the grocery store is out of your favorite flavor of Hawaiian Punch. These are all things that can make us every sad.

However, once upon a time, “sad” had a very different definition. Back in the 1300s, it was the perfect word if you’d eaten too much food at dinner. After all, “sad” comes from the Old English word saed, which means “sated.”

Through the years, the definition of “sad” changed to “heavy” and then “tired,” all before evolving into the word we use today. Interestingly, when “sad” took on its current definition, it actually replaced unrot, an Old English word that was the opposite of rot, a term that meant “cheerful” or “glad.” 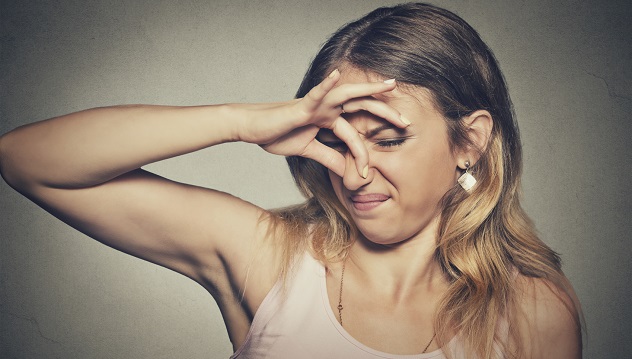 Today, when someone uses the term “fizzle,” they are referring to a real failure or something that didn’t work out so well. However, back in the 1530s when it made its first appearance, “fizzle” meant “to break wind without noise.” As that’s a rather difficult challenge, “fizzle” must have been one of those rarely used words.

It wasn’t until the 1800s that the word came to mean “failure.” So what’s the story behind the new meaning? It all started back in the early days of college. “Fizzle” became slang for someone who failed to answer an examination by a college professor. Like many other slang words, “fizzle” became an insult, and the new definition quickly caught on. 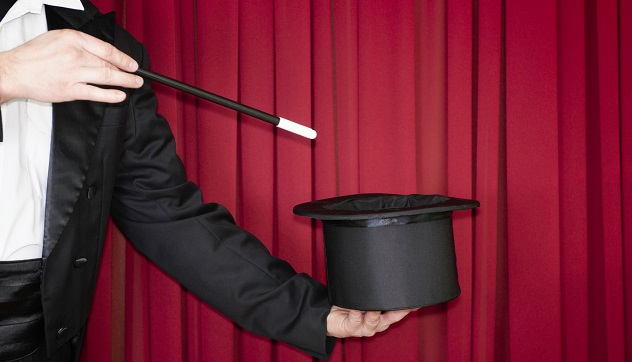 “Prestigious” is a word that does not get thrown around very often. It is one of those words saved for the few who really deserve it. It is used for those who inspire respect and gain our admiration. However, you might be shocked to learn that up until the 19th century, “prestigious” was actually used as a derogatory term.

When “prestigious” made its first appearance in 1540, it was used to describe someone who practiced magic. Now, you may think to yourself, “What’s so bad about that?” Well, back then, magic was not something to be enjoyed. Parents would not hire magicians to come to their kids’ birthday parties. Instead, people who practiced magic (or illusions) were considered deceptive or full of tricks. They were not to be trusted.

It was not until later, when magic became a fun activity, that the definition of “prestigious” also began to change. When people were dazzled by the illusions instead of growing angry, “prestigious” gained a much more impressive definition, which is why it’s such a compliment today. 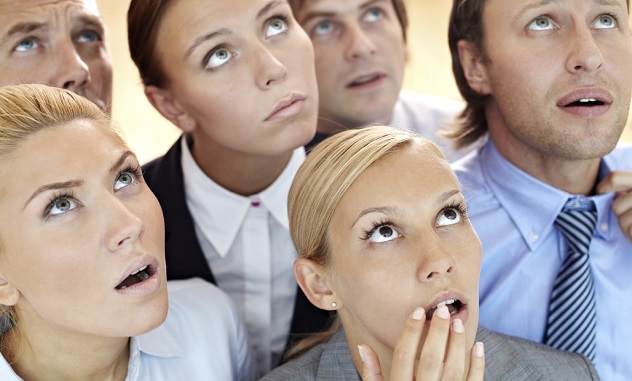 “Awful” is perhaps the one word on this list that should have stuck with its original meaning. While today it means “bad” or “terrible,” “awful” used to mean “awe-inspiring” or “full of awe.” In other words, if something was “awful,” then it was worthy of respect or even fear. Interestingly, the word “awesome” was once used in a similar way. However, over the years, “awesome” and “awful” have come to have completely opposite meanings.

So how did the word “awful” develop its modern-day definition? Well, in 1809, “awful” took on the same meaning as egefull, an Old English word which means “very bad.” In other words, “awful” has gone from describing powerful kings and deities to insulting a friend’s cooking or a terrible new haircut. 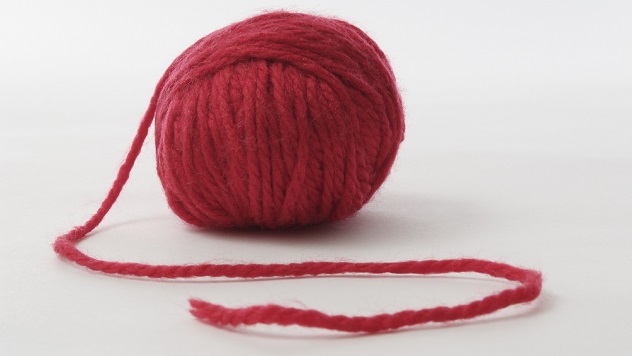 If you’ve ever watched an episode of Scooby-Doo, then you’re probably familiar with the word “clue.” After all, the main characters were constantly trying to solve mysteries.

But back in the 1590s, this wasn’t the word you’d use for such a dilemma. “Clue,” then spelled “clew,” was a ball or thread of yarn. Now, that may seem like a pretty big jump, linguistically speaking, but there’s a perfectly logical explanation for the change.

The modern definition comes from the legend of Theseus, a mythical king who needed to find his way out of the Labyrinth. Ariadne, who had a major thing for Theseus, gave him a ball of thread (or “clew”) to help him find his way out, and that’s why the word took on such a different meaning. 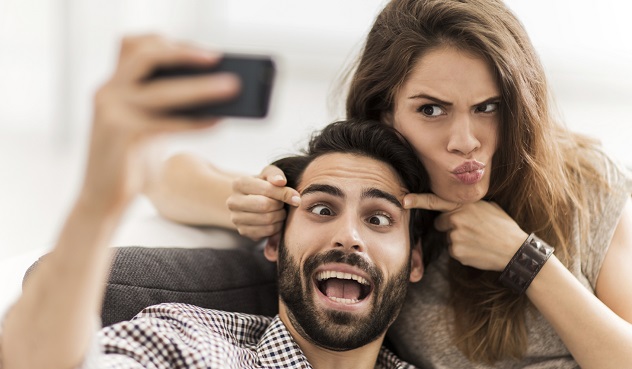 Everyone is a little silly now and then. It keeps life more interesting if we let loose a little. However, while we usually associate silliness with the Trix Rabbit, the word originally comes from the Old English gesaelig, which means “prosperous.” But “silly” continued on its definition-changing journey, and around the 13th century, it was used to mean “innocent.”

About 100 years later, “silly” had made yet another definition change. This time, it had changed into meaning “weak.” Finally, around the 1570s, “silly” called it quits and ended its long journey. So now, for almost 500 years, “silly” has held the definition of “foolish” or “lacking in reason,” and it looks like that definition is here to stay . . . for now.

Marissa is a college kid who is still searching for the perfect career. She is currently working on a collection of short stories. Follow her on Twitter and Instagram.