Throughout the history of weapons design, there have been some weapons that were excellent and many that were just okay. But the worst weapons were more of a danger to the people using them than to the enemy. 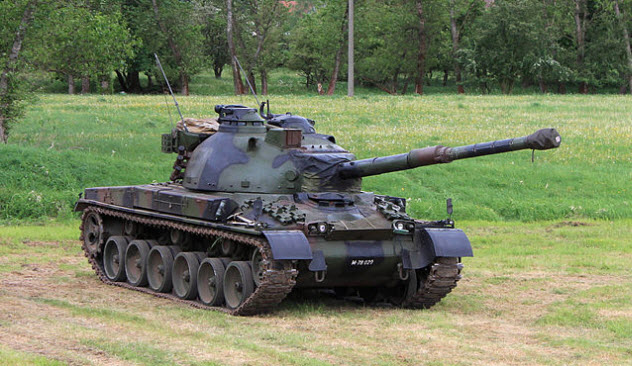 Built in Switzerland in the 1960s, the Panzer 68 was a domestic Swiss tank designed to give Switzerland a modern tank that could stand up to the latest Soviet armored vehicles. Nearly 400 of the tanks were delivered. They were used until 2003.

In theory, the Panzer 68 was a formidable design with a new computerized fire control system that allowed accurate gunfire and good maneuverability. In practice, however, there were some hilarious problems.

In 1979, a well-regarded Swiss magazine published an expose which revealed that the tank had over 50 flaws. Some of these issues were mundane. For example, the NBC protection system didn’t work properly. But other problems were more serious. For example, the tank couldn’t be shifted into reverse unless it stopped moving forward first.

Also, the tank turret randomly twitched from side to side when the tank radio was turned on because the radio frequency interfered with the tank’s electric control system. Of course, this ruined the aim of the tank. Finally, the tank gun would automatically fire if the heating was turned on.

Supposedly, these issues were eventually fixed. But the tank’s reputation had been ruined, and it was withdrawn from frontline service until a foreign replacement was found for it. 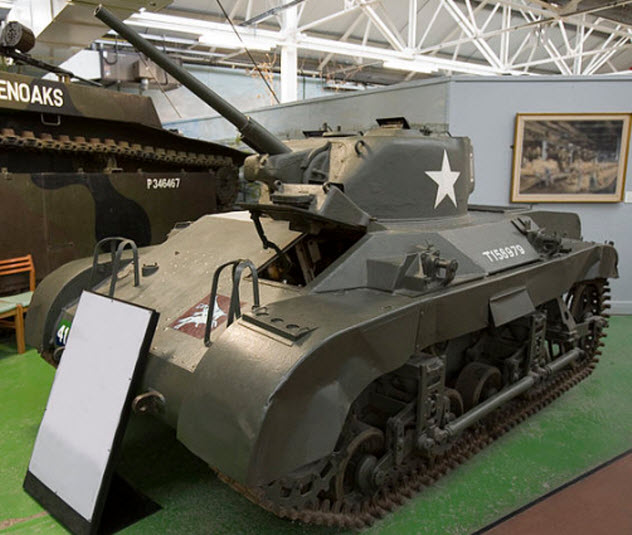 It was a brilliant idea: a light tank that could be delivered by glider onto the battlefield, giving paratroopers and glider infantry more firepower than they could otherwise have. The result was the M22 Locust, a tank that weighed 8 metric tons. It was 1.8 meters (6 ft) tall and 2.1 meters (7 ft) wide.

The US produced over 100 of these tanks, which were armed with 37 mm guns. However, America never used them. Many ended up with the British, and several saw combat during the Allied crossing of the Rhine River into Germany.

The tanks proved to be terrible weapons on the battlefield. One of them fell through the floor of its glider while the glider was flying, and another one flipped over after landing.

Even the tanks that worked after landing made things worse for their accompanying infantry. The tanks attracted a disproportionate amount of weapons fire, which injured or killed many of the infantrymen around them.

The tanks were so vulnerable on the battlefield that even infantry rifles could damage them in places, and the 37 mm gun was useless against enemy tanks. As a result, these tanks were soon withdrawn from combat. 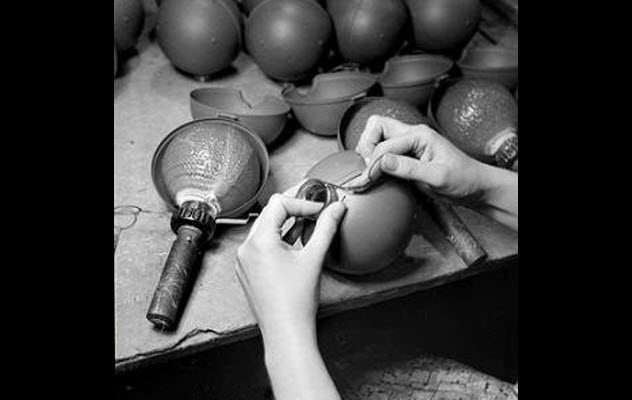 In the late 1930s, a major in the British Army teamed up with two Cambridge professors to develop an antitank grenade. It could be thrown at the side of a tank where the grenade was then supposed to stick, ensuring an effective attack.

Initial testing proved extremely disappointing when the mock grenades refused to stick to anything. Then World War II broke out, and the British were desperate for any antitank weapon to stop German panzers. So the concept was revived.

The new design consisted of a flexible outer case—which was made of wool with a sticky substance on it—over an inner capsule of glass. The glass was supposed to make the grenade rigid enough to throw but allow it to break when it smashed against the side of a tank. In that way, the sticky, flexible outer layer would adhere to the outside of the targeted tank.

That was the theory. In practice, the new sticky bomb stuck to anything and everything when users were attempting to throw it, including the user’s own military uniform.

Instead of throwing these grenades, the user now had to run up to the tank and stick the grenade on by hand, a far more suicidal proposition. Given these limitations, the British rarely used this weapon during the war, although they did give many to the French resistance. 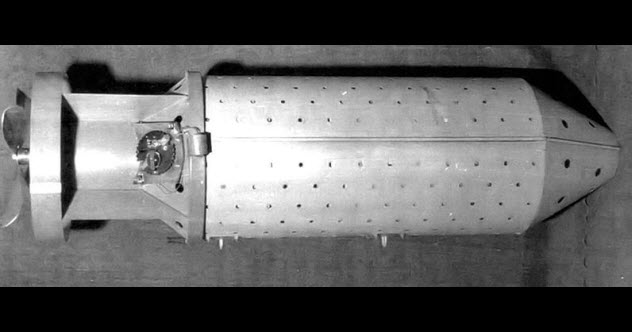 Project X-ray was a plan to weaponize bats to burn down Japanese cities. The concept was dreamed up by a dentist who had been inspired by a vacation in bat-filled Mexico.

The bats, strapped with incendiary devices, would be released over Japanese cities, roost in their flammable wooden homes, and burn these cities to the ground. Compared to firebombing, the use of bat bombs was considered to be a more surgical and less indiscriminate method of destroying Japanese infrastructure.

In March 1943, the US government authorized further investigation into this bizarre concept. A variety of challenges needed to be solved, including how to store the bats during transport and how to engineer and distribute the incendiary devices.

Testing proved that the concept worked. The results were confirmed when armed bats were accidentally released during an attempt to photograph bat movement. Fifteen minutes later, the bat bombs exploded, burning down almost the entire air force base where the tests were conducted. A general’s car was also destroyed by flames.

Project X-ray was canceled after the US military decided that the concept would not be ready to deploy until after the war was over. 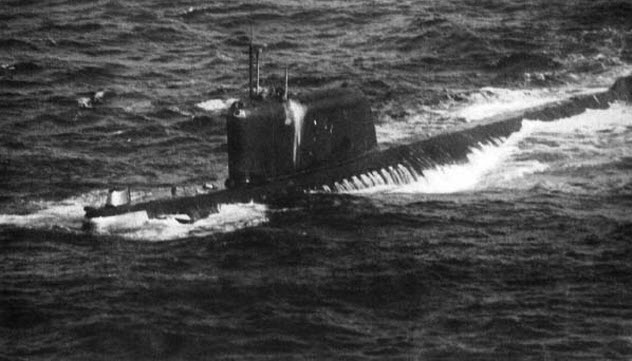 The K-19 was the Soviet’s first nuclear-powered, ballistic missile submarine. It was supposed to give the Soviets a more survivable submarine for retaliation against the Americans. However, the vessel seemed to be cursed from the beginning.

During construction, several workers suffered Final Destination–esque deaths. An electrician was crushed by a falling component, and an engineer fell to his death between two of the submarine’s missile tubes.

On its first mission, the submarine came perilously close to a meltdown of one of its nuclear reactors. If the reactor had melted down, it would have killed everyone onboard.

So the captain recruited 22 volunteers from his 136-person crew to go into the overheating reactor and jury-rig a new cooling system. All 22 volunteers died horribly from radiation poisoning. In several hours, they went from perfectly healthy to bloated, bleeding, and balding. Death followed quickly.

The submarine was decommissioned a mere 10 years later in 1972 after a fire killed 28 sailors onboard. 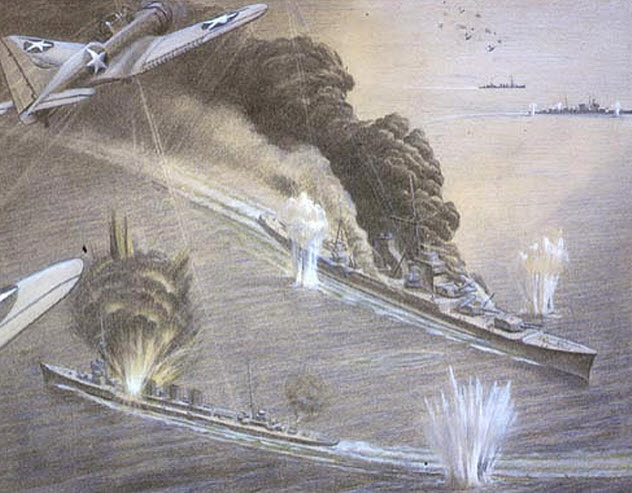 The Mogami-class cruisers were designed by the Japanese to adhere to the letter (but not the spirit) of the Washington Naval Treaty. These cruisers were also designed to be qualitatively superior to the light cruisers of every other nation.

The Japanese tried to keep to the cruiser displacement limit of 10,000 metric tons that was specified in the treaty. But they still exceeded the limit by 3,000 metric tons. To make things worse, the ships were designed to cram in as much firepower as possible, which made them top-heavy and unstable.

When sea trials were conducted, more problems arose. When the ships fired a salvo from their guns, their welds would split at the seams. When a storm blew in during fleet exercises, all the Mogami-class ships ended up with hull distortion. Their gun turrets became impossible to turn and required extensive repairs.

After nearly being sent to Davy Jones’s locker during the Battle of Midway, the leading ship of this class was converted into a strange hybrid warship: both aircraft carrier and cruiser. But the ship was still useless. Eventually, it was sunk by American warships. 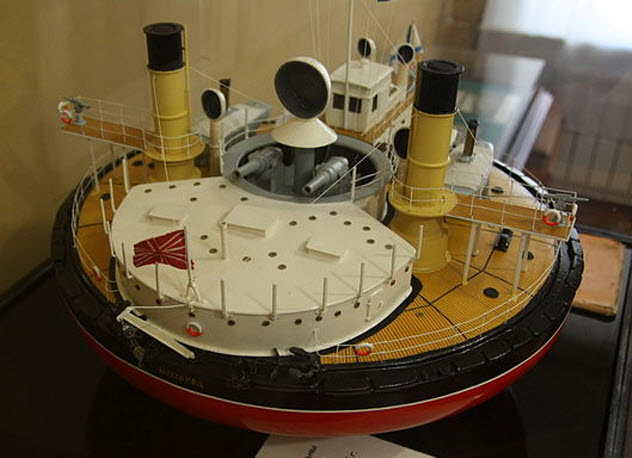 In the 1870s, the Russians built several Novgorod-class battleships to defend their interests in the Black Sea and the Dnieper River. The Russians had been inspired by a British shipbuilder who claimed that the ideal kind of warship was circular.

In theory, these circular ships permitted a heavier gun armament for a given tonnage, were better protected from enemy gunfire, and were more maneuverable. However, the reality was far different.

After two ships had been constructed, a number of design issues with the circular hull made the ships nearly useless. They were too slow to move against the current of the Dnieper River, and they were difficult to maneuver.

This type of ship would spin out of control when its guns were fired. Also, the ship couldn’t aim its guns in even the smallest swells because its flat bottom made the ship unstable. After three decades of service and a decade of nonuse, the Novgorod-class battleships were scrapped just before World War I broke out.

Myth and Reality of the Ross MkIII Rifle

The Ross rifle, created by Sir Charles Ross, was a highly accurate hunting rifle. The Canadian government, seeing its troops as frontiersmen skilled at sharpshooting, thought the Ross rifle would be perfect for troops being sent to the trenches of World War I. They were wrong.

The Ross rifle was longer than the standard-issue British firearm, which made it unwieldy in the trenches. But that was only the beginning of a long list of issues with the rifle.

Canadians sent into battle with these rifles tended to discard them at the earliest opportunity and scavenge weapons from the dead. After just a year, the Ross rifle was replaced over the objections of the Canadian military command. 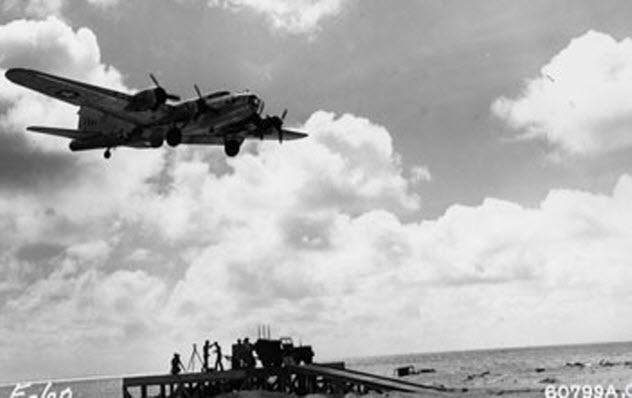 The Aphrodite project was a simple concept. Worn-out B-17s would be stripped down to their fuselages and engines and packed with 5,400 kilograms (12,000 lb) of Torpex explosives, becoming gigantic flying bombs.

However, automated systems back then were incapable of independent takeoff. So a human pilot and a navigator had to fly the plane off the ground, transfer control to the automated radio guidance system in a plane following them, and then bail out. The drone would then fly under radio control to a target and destroy it. This excellent idea proved much harder to put into practice.

In 1944, the first mission involving four aircraft was a complete failure. One crashed and exploded soon after takeoff in Britain. Two others also crashed, killing the pilots. The fourth aircraft successfully reached its target, but it crashed before it could inflict much damage. It may have been shot down.

The second mission involved three aircraft. One of them crashed, and another was shot down on the way to its target. The third aircraft, whose explosives had been fully armed, circled over a town before crashing into the ocean.

The third mission had some success, but none of the missions after that worked. They simply killed more pilots and wasted more resources. After a dozen flights, the project was scrapped. It had killed more friendly troops than enemy soldiers.

One of the casualties of the project was Joseph P. Kennedy Jr., who was blown up in midair. He was the oldest brother of John F. Kennedy, who eventually became president of the United States. 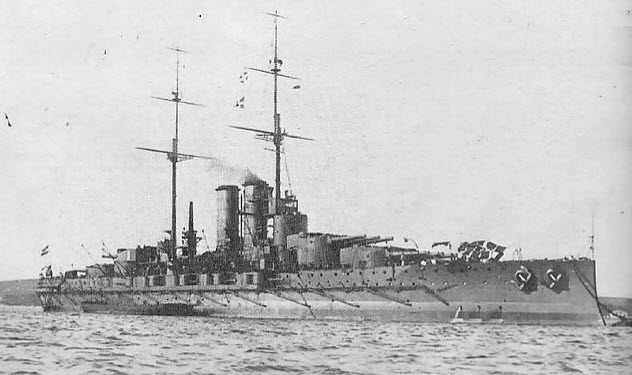 The Tegetthoff-class battleship was the world’s first battleship with triple gun turrets. It was designed and constructed in Austria-Hungary just before the outbreak of World War I. On paper, these were fearsome ships with formidable armor and 12 30-centimeter (12 in) cannons. In practice, these battleships were disasters.

With all their heavy armament, they were top-heavy. The lead ship of the class was banned from turning too quickly after sea trials revealed that it would list dangerously during tight turns. As a result, the ships mostly stayed in port during World War I.

When they did venture out, they met with further misfortune. In 1918, two of the battleships were attacked by Italian torpedo boats. One escaped damage, but the other started to list.

After the war, these battleships were seized by the victorious Allies, who promptly turned them into scrap metal.

Sam is a college student living the college life!