Between 1981 and 1982, the city of Chicago and the surrounding suburbs were terrorized by a satanic cult led by ringleader Robin Gecht. The cult hunted women in order to rape, torture, murder, and—ultimately—cannibalize them. The city was in panic, and the police department had no leads to go on.

There are plenty of disturbing and haunting facts that have been overshadowed in crime history but have not left the minds of those who lived through it. Ladies and gentlemen, meet the “Ripper Crew.” 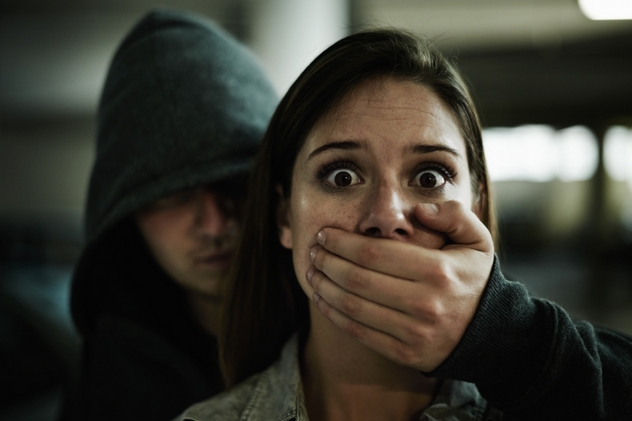 Contrary to popular belief, the Ripper Crew did not solely target prostitutes. In fact, any woman in the Chicago area between 1981 and 1982 was vulnerable. Time of day and location did not seem to matter, either, for many of their victims were abducted in broad daylight and in well-known public places.

Case in point: Lorraine Borowski was abducted on the morning of May 15, 1982, outside the real estate office where she worked. Linda Sutton was abducted during the daytime as she walked near Wrigley Field, one of Chicago’s most well-known and frequented tourist destinations.

The stories continued, from a 35-year-old cocktail waitress whose car ran out of gas on the freeway to a 30-year-old immigrant who—after an argument with her brother—got out of his car to await another ride home. Throughout the months, the victims’ naked and lifeless bodies were found strewn throughout Chicago and the surrounding suburbs—raped, tortured, and mutilated. 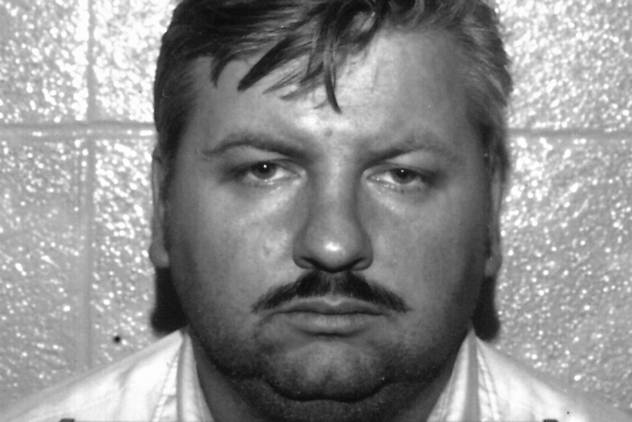 As if the story of the Ripper Crew wasn’t bizarre and twisted enough, ringleader Robin Gecht once worked as a construction subcontractor for the infamous serial killer John Wayne Gacy during the late 1970s. Gacy, who lived on Chicago’s West Side, was a respected member of his community who would often volunteer to entertain kids at a children’s hospital dressed up as his alter ego, “Pogo the Clown.”

There has never been any evidence linking Gecht to Gacy’s crimes, and perhaps their taste buds were the ultimate factor as to why. Gacy preyed on adolescent boys and young men, for which he was convicted in 1978 and put to death in 1994. On the other hand, Gecht and his crew hunted women of random ages.

Be that as it may, it’s hard to believe that two men who had worked closely together could coincidentally share such evil and hatred that would lead them to unfathomable crimes. 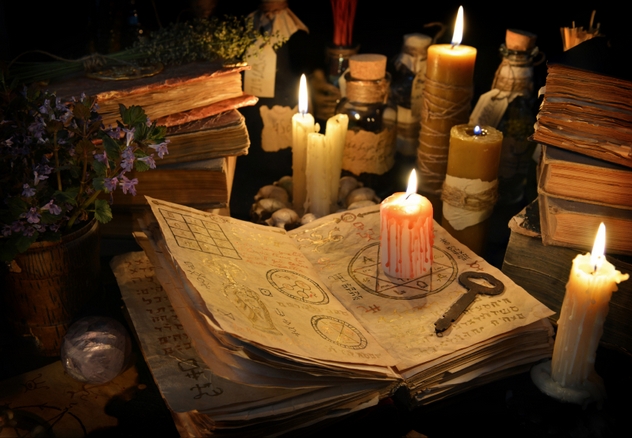 In the late hours of the night, Edward Spreitzer and the Kokoraleis brothers would meet with Gecht at his home following his wife’s departure for work. (Yes, Gecht was married with three children.) There, they would make their way up to the attic, or, as Gecht called it, “The Satanic Chapel.” The room was dark and lit by candlelight, with an altar draped in red cloth and six red-and-black crosses painted on the walls. It was within these four walls where the majority of the victims were murdered in a ritualistic, satanic slaying reminiscent of medieval torture.

Satanism had been with Gecht since the early days of his childhood, when he first developed an interest in The Satanic Bible and Devil worshiping. Many of the victims’ mutilated breasts would often be eaten by the Ripper Crew as a ritualistic sacrament. The Satanic Bible, which Gecht recited during the torture, has nine satanic sacraments. Oddly enough, the seventh one is that man is “just another animal.”

As the mutilated corpses began to pile up throughout the city, it became apparent to the police that they were dealing with a serial killer. For the most part, the victims’ breasts either had their nipples bitten off or the breast itself entirely removed.

Police kept this information from the public, believing that it would be useful for future interrogations, which proved true. Kokoraleis later revealed to the police that the crew used a piano wire to remove the breasts and that Gecht would save the severed flesh in a trophy box, at one point collecting as many as 15 pieces. 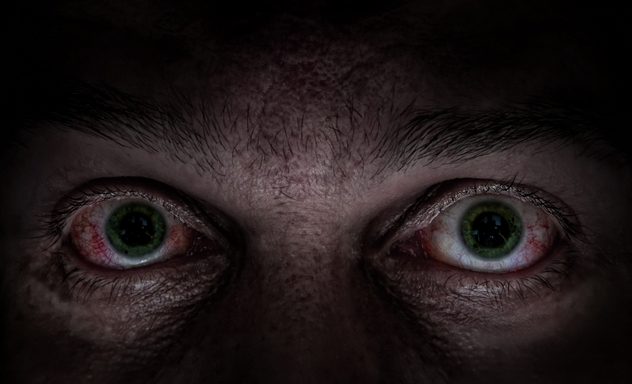 It has been said that those who partake in ritualistic killings do so due to a belief that they will be granted supernatural powers. Whether or not Gecht shared this belief, his accomplices certainly did. Spreitzer and the Kokoraleis brothers had a strong belief that Gecht did in fact possess supernatural powers, which he used to control the crew both mentally and physically.

The men believed that Gecht had the power to draw people to him, making them feel as if they were in a trance they could not get out of. Once under the “spell” of Gecht’s “powers,” the men claimed he could get them to do whatever he desired, be that murder or cannibalism. They claimed there was no choice but to follow Gecht’s lead, believing if they had not, they too would fall victim to his sadistic ways.

One cannot help but notice similarities with the Manson family: a cult-like group committing horrendous acts of violence and murder, all under the guide of a false messiah. Perhaps the real question is: Who’s crazier—the “prophet” or his followers?

5The One That Got Away 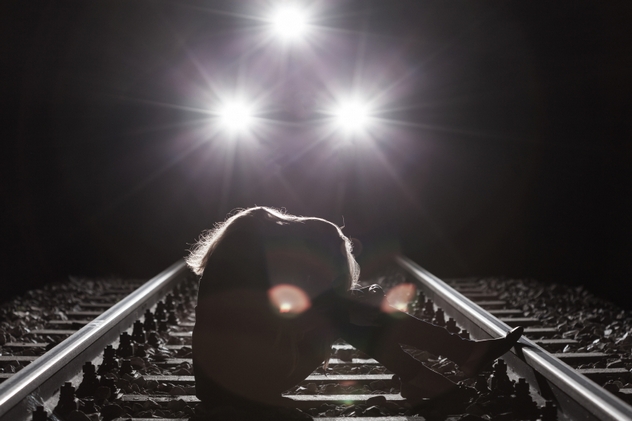 The fate of the Ripper Crew would ultimately be sealed by the one woman who got away: Beverly Washington. Like all the other women, her abduction was followed by rape and torture. She was stabbed multiple times, with severe slashes to her right breast and the complete removal of the left. Believing that Washington was dead, the crew dumped her naked body by the railroad tracks.

To everyone’s surprise, Washington miraculously survived the horrific ordeal, despite losing a massive amount of blood. Clinging on to life, Washington was able to provide detectives with specific details pertaining to her attackers and the vehicle used in her abduction. Washington described a red van with tinted windows and feathers hanging from the rearview mirror. She also gave a detailed description of Gecht himself. These details led to the arrest of Gecht and his accomplices. Following this, a horrific timeline of torture and murder began to unfold. 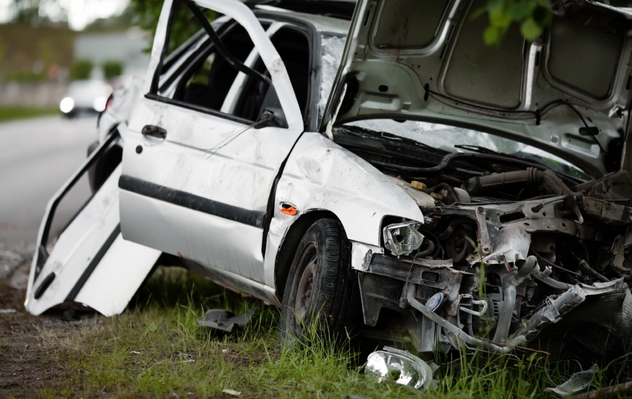 Karma works in mysterious ways. Although it’s not always pleasant, it tends to find its way back to those who have caused an imbalance in the universe, for better or for worse. Unfortunately, in this case, innocents answered for Gecht’s horrendous crimes.

Gecht’s mother, sister, and nephew were involved in a car crash after visiting him at the Menard Correctional Center on the evening of Wednesday, November 16, 1988. Their car was described as being “sandwiched” between two semitrucks. The accident was reported to have occurred during a traffic jam, which was caused by the repairs of power lines that were down at the time.

The crash claimed the life of Gecht’s mother, 57-year-old Loretta, along with her grandson and Gecht’s nephew, three-year-old Nicholas Miller. The driver of the vehicle was Gecht’s sister, Rachelle. She remained on life support in a comatose state for four months, until her death on April 10, 1989, at the age of 29. 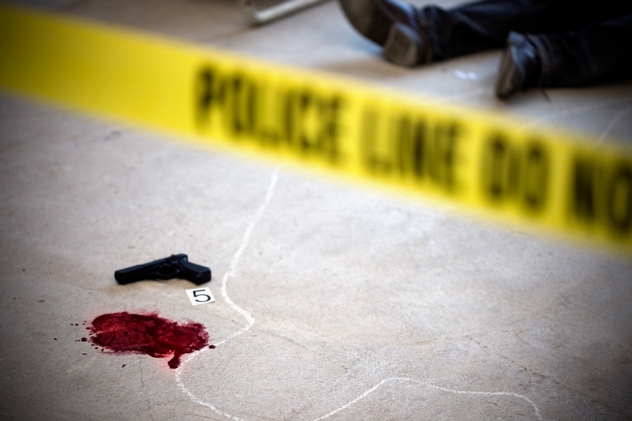 In March 1999, Robin Gecht’s son David, along with two other men, were charged with first-degree murder in the shooting death of a northwest Chicago resident, Roberto Cruz. The attack appeared to be unprovoked, given that Cruz was walking to his car at the time of the shooting, unaware of his impending doom.

The attack was reminiscent of the method his father used to ambush his victims—cowardly, unexpected, and from behind. Although police believe the attack to be gang-related, we cannot ignore the possibility that madness runs in the family.

Fortunately, David Gecht was 18 at the time of the killing and was therefore able to stand trial as an adult. In March 2000, David Gecht was found guilty of first-degree murder. He is currently serving a 45-year prison term at the Pontiac Correctional Center in Pontiac, Illinois. 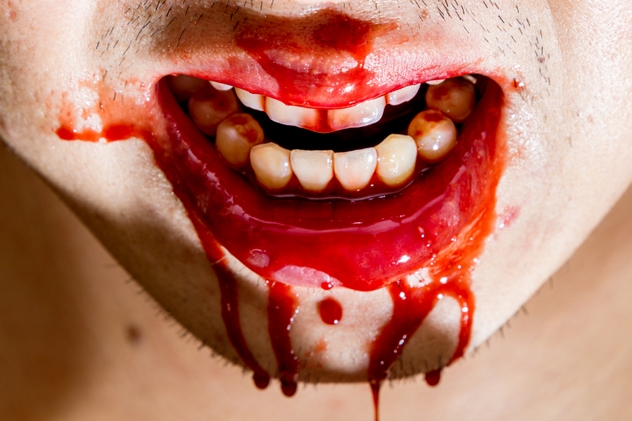 As if rape, torture, mutilation, and murder were not enough to make one’s stomach turn, the Ripper Crew had their share of indulging in the flesh of their victims. Spreitzer and the Kokoraleis brothers testified that after the women had been mutilated and murdered, their breasts were often taken to Gecht’s residence (if the crime itself had not been committed there in the first place). There, the crew would make their way into Gecht’s attic, where they would kneel beside the red-draped altar and listen to Gecht read passages from The Satanic Bible.

1Gecht Was Never Convicted Of Murder 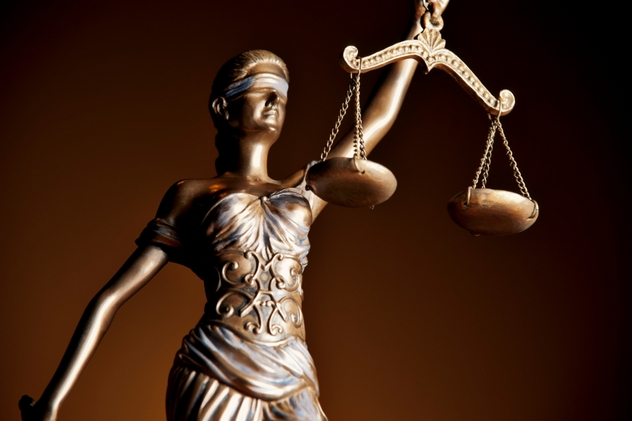 Despite the eyewitness account, the testimony against Gecht was ultimately found inadmissible in court. Gecht’s accomplices—the Kokoraleis brothers and Spreitzer—who informed detectives of Gecht’s role in the murders, refused to testify against him. Perhaps the men were still under spiritual control by their false prophet. In the end, there was not enough physical evidence against Gecht to charge him with murder. However, Gecht did confess to the brutal attack on Beverly Washington and was ultimately charged with attempted murder, rape, and battery, for which he was sentenced to 120 years in Menard Correctional Center, where he remains today.

Adam is a fourth-year medical student with a passion for writing and stand-up comedy.