On Sunday, June 24, 2018, media outlets in the Bay Area of California published articles about the Doodler. Specifically, these outlets asked, “Who is the Doodler?” In case you do not know, the Doodler was a serial killer who preyed on the gay community of San Francisco during the mid-1970s.[1]

The Doodler was never apprehended. Now, given the recent capture of the Golden State Killer, cold case detectives in California are poring back over the Doodler files in order to see if any lead or any trace of DNA evidence can be found. In the words of Sergeant Michael Andraychak of the San Francisco Police Department, “We’re going back trying to locate victims, following up on evidence, trying to locate potential witnesses.”

While the official authorities in San Francisco pray for a break in the Doodler case, let us review the crimes of this enigmatic serial killer.

10 The Origin Of The Name 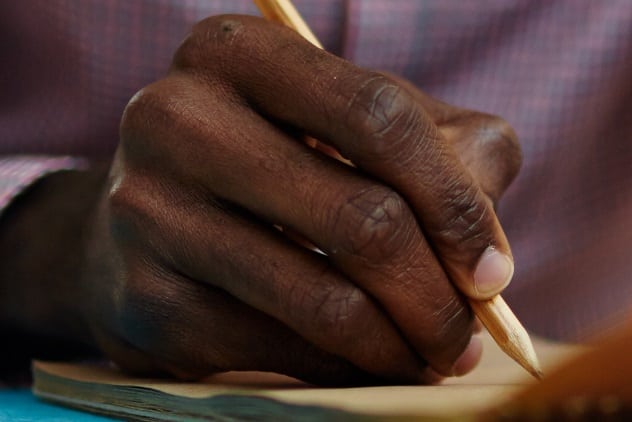 Between 1974 and 1975, the Doodler sexually assaulted and stabbed several gay men to death. All told, between January 1974 and September 1975, the Doodler is believed to have attacked 17 men. Fourteen of these attacks resulted in death. During the Doodler’s crime spree, San Francisco detectives actually thought that they were investigating three different killers, not just one.

This conclusion came about because five of the Doodler’s victims were well-known drag queens in the Tenderloin district of San Francisco. This caused investigators to suspect that the murderer hated drag queens. Then, the next five victims came from the underground world of sadomasochism. Finally, the last six victims were all middle-aged men picked up in the bars of Castro Village.[2]

The major link between all of these crimes came from the three men who managed to survive the killer. According to these eyewitnesses, their assailant had tried to woo them by drawing cartoonish caricatures of them. Thus, the killer became known as the Doodler. 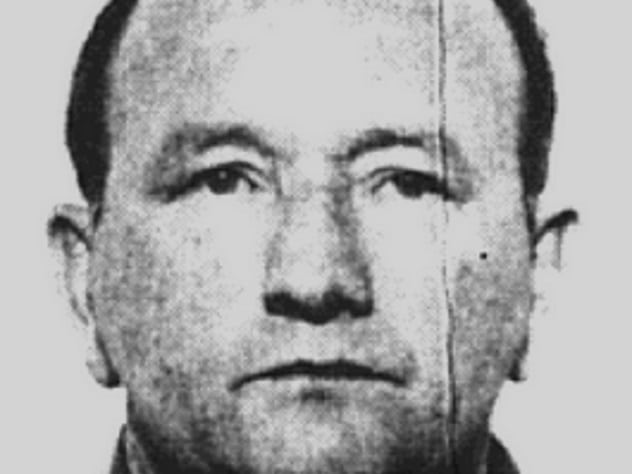 At 1:57 AM on January 27, 1974, the corpse of a man was found at Ocean Beach in San Francisco. The victim had been stabbed several times, and a closer examination of the body revealed defensive wounds that suggested that he had fought his attacker. The corpse was found in a “supine” position and was still wearing his clothes and Timex watch. Inside his wallet was $21.12.[3]

The victim was identified as Canadian-American immigrant Gerald Earl Cavanaugh, 49. A coroner’s inquiry found that Cavanaugh was a stocky man who stood 173 centimeters (5’8″) and weighed 100 kilograms (220 lb). He worked a blue-collar job at a San Francisco mattress factory. The police never did find out much about Cavanaugh’s personal life. However, they did learn that he was conscious when he was stabbed to death, and, given the extent of rigor mortis, they deduced that he had been dead for some time before his body was found.

8 The Murder Of Joseph ‘Jae’ Stevens 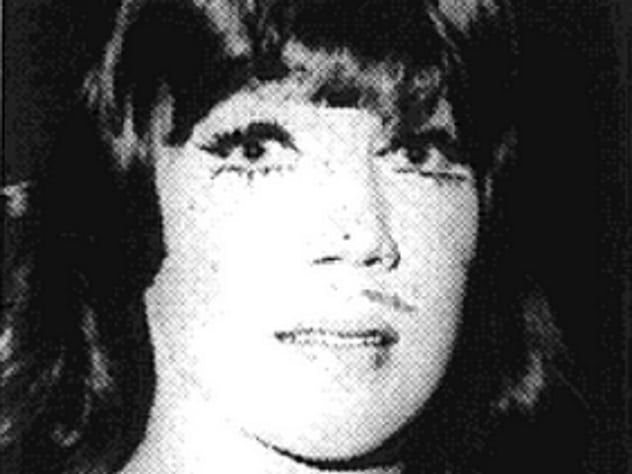 Joseph Stevens performed as “Jae” at many of San Francisco’s popular gay bars. Stevens was officially listed as a “female impersonator” and a “comedian.” He was originally born in Texas and made his working home at Finocchio’s, a gay bar that had been in the city since the 1930s.

Stevens’s body was found at Spreckels Lake in the Golden State Park on June 25, 1974. Stevens had been stabbed three times. Investigators found blood in his mouth and nose, which indicated that he had been stabbed at least once in the lungs. By all appearances, Stevens most likely drove to the site with his killer or to meet him at a prearranged spot.[4] Stevens’s abandoned car was found not far from where his corpse was first spotted by a woman out walking her dog.

After casing the gay community of San Francisco, investigators learned that Stevens was last seen alive at the Cabaret Club on Montgomery Street.

7 The Murder Of Klaus Christmann 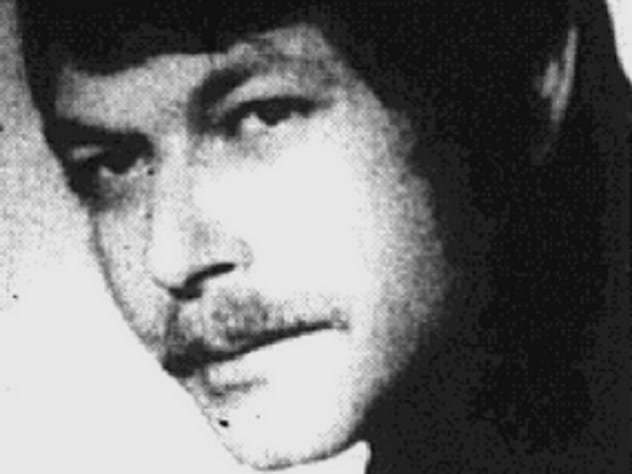 Like the Doodler’s first known victim, Klaus Christmann, 31, was an immigrant. Christmann was originally from Germany, and at the time of his murder, he worked at Michelin. He was last seen alive at Bojangles.[5]

Christmann’s badly mutilated corpse was found on July 7, 1974, on Lincoln Way near Ocean Beach. He was fully clothed, had been stabbed some 15 times, and had had his throat slit. Like Stevens, Christmann’s body was found by a woman, Tauba Weiss, who was out walking her dog.

In an interview with the Sentinel newspaper, the detective in charge of the case, Dave Toschi, described the murder of Christmann as one of the most ghastly stabbings that he had ever investigated. Toschi was already quite famous in 1974 due to his involvement in the hunt for the Zodiac Killer.

Although Christmann had a wife and two children, homicide detectives noted that in one of his pockets, there was a tube of face paint. This suggested to the authorities that Christmann was a secret drag queen. Christmann’s murder was also the case that convinced homicide detectives that a serial killer was actively targeting the city’s gay community.

6 The Murder Of Frederick Capin 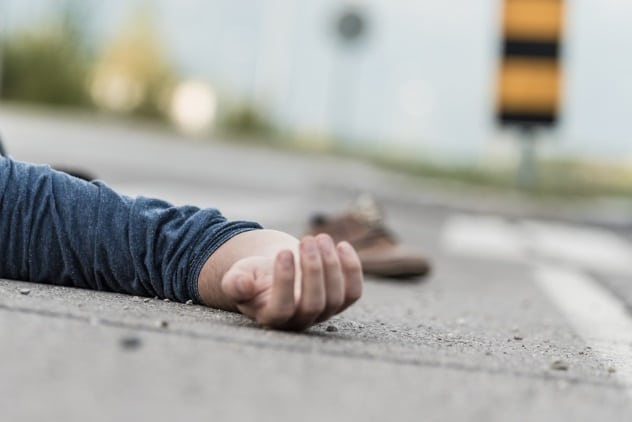 The next Doodler murder proved that the unknown serial killer preferred to work near the Ocean Beach area. On May 12, 1975, the body of 32-year-old nurse Frederick Capin was discovered stabbed to death on a highway that ran parallel to Ocean Beach. The coroner who reviewed Capin’s corpse noted that blood was found smeared on the soles of Capin’s shoes, while bloodstains were also found on Capin’s face, hands, torso, and buttocks. Evidence found at the crime scene proved that the Doodler had dragged Capin at least 6 meters (20 ft) after killing him.[6]

Like the others, Capin had been stabbed to death. The Doodler had stabbed Capin multiple times in the chest, with at least one stab wound striking Capin’s aorta. A later investigation into Capin’s background revealed that he was originally from Port Angeles, Washington, had served in the United States Navy, and had fought in Vietnam. 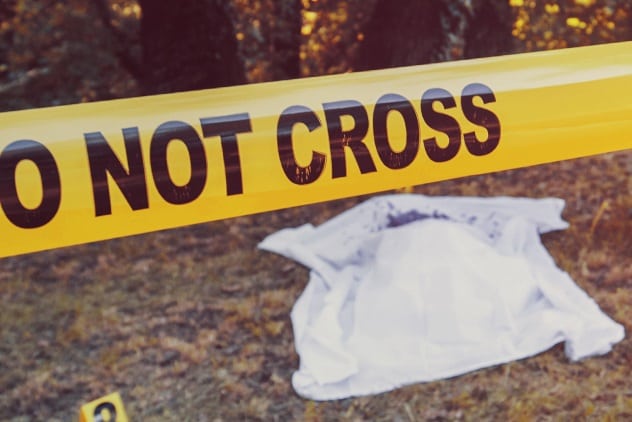 The fifth and last known victim of the Doodler was Swedish immigrant Harald Gullberg. Gullberg was much older than the Doodler’s other victims at either 66 or 67. However, like Capin, Gullberg had made his living on the sea as a sailor. Gullberg’s body was found on June 4, 1975, near the Lincoln Park Golf Course. The Doodler had slit Gullberg’s throat weeks prior to the discovery of the cadaver. Indeed, Gullberg’s corpse had been out in the open so long that an army of maggots were found on his face.[7]

Gullberg would be the last of the Doodler’s confirmed victims. Like the others, he was found mostly clothed. Also, like some of the other victims, investigators found that Gullberg had unzipped his fly prior to being murdered. This suggested that the Doodler and his victims had found each other out of a mutual desire for sex. 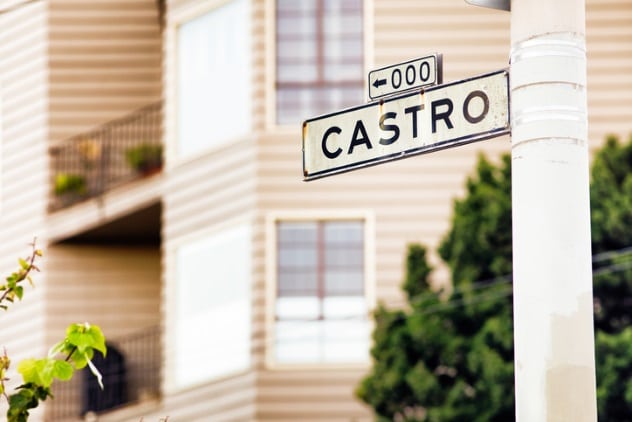 While San Francisco police confirmed that the Doodler was responsible for five murders in the summer of 1975, he is suspected of killing at least nine other people. Very little is known about the other victims of the Doodler. Much of this was the result of reticence on the part of San Francisco’s gay community. On July 8, 1977, The Register-Guard of Eugene, Oregon, published an article explicitly stating that the Doodler managed to elude capture because all of his victims were gay men.[8]

San Francisco politician and gay rights icon Harvey Milk, himself just two years away from his own murder, mused that many eyewitnesses refused to come forward because, according to Milk, only 20 to 25 percent of San Francisco’s homosexuals (of which there were 85,000 in 1977) were open about their sexuality. The rest maintained their lifestyles in secret, thus forcing many of them to avoid the police in order to prevent being “outed.” 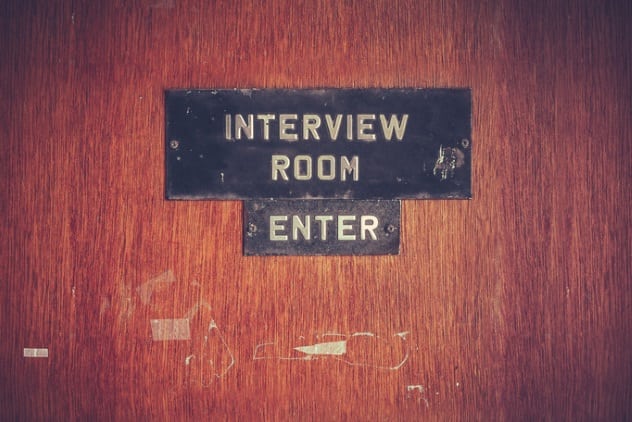 In July 1977, two men were arrested in Riverside, California, in connection with a series of unsolved homicides involving the gay community of Redondo Beach.[9] These murders bore a striking resemblance to the Doodler crimes.

All told, the men were questioned regarding 28 homicides, all of which investigators believed stemmed from homosexual encounters. Given the stated similarities between the Redondo Beach area killings and the work of the Doodler, California experienced a veritable tsunami of homicides within the gay community between the years of 1974 and 1977.

The arrests in Riverside provided very little evidence pertaining to the Doodler case. Given that the names of the two men were never published, and also given the fact that neither was ever convicted of any offense, the crimes in Redondo Beach also remain mostly unsolved. 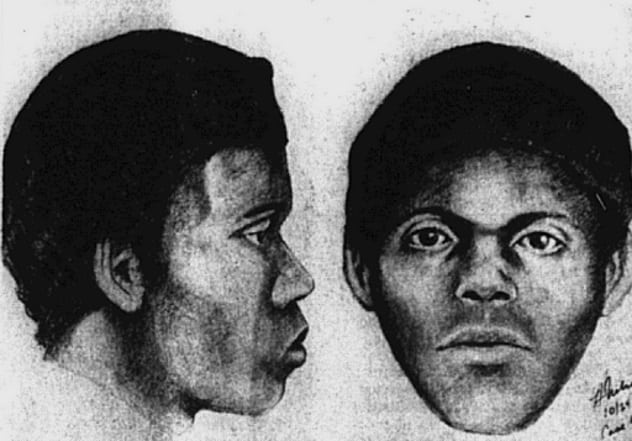 The first detailed description of the Doodler was released in November 1975. Along with a composite sketch, San Francisco police officials told the public that the Doodler was a young African American man who was tall (somewhere around 183 centimeters [6′] ) and slim. Similarly, the Doodler often wore a Navy watch cap, which implied that the killer may have served in the US Navy or worked as a sailor.

The police also provided the public with other details about the Doodler’s modus operandi. He liked to victimize foreigners or out-of-towners. One of the three men who survived an assault by the Doodler was a European diplomat staying in San Francisco on business.[10] The Doodler stabbed this unnamed man six times before running out of the victim’s apartment. The San Francisco Police Department still believes that other men may have survived an encounter with the Doodler, and cold case detectives are currently trying to locate these mysterious eyewitnesses. 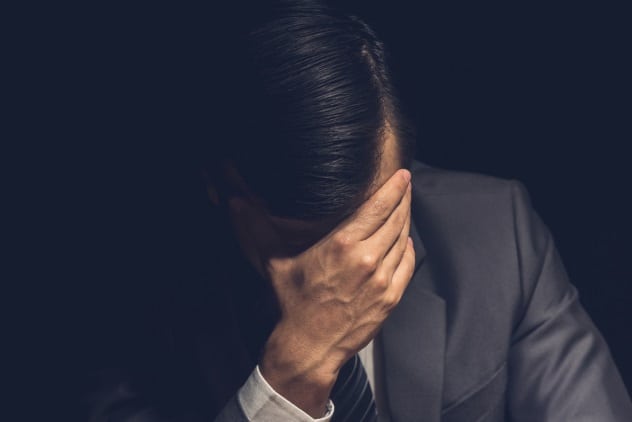 The San Francisco police were convinced that they had caught the Doodler way back in 1976. In newspaper articles and public statements, the police said that they had a viable suspect in custody but could not bring him to trial without the cooperation of eyewitnesses. The name of this person was never released, and because the necessary cooperation never came, he was ultimately let go.

Very little is known about this suspect, except that he had a history as a mental patient and had been treated several times for sex-related illnesses.[11] He was also quite candid with interrogating officers but never quite confessed to being the Doodler. All of the work done by investigators came to nothing when the three survivors refused to testify against or even identify their attacker. Such was the power of public shame back in 1977.