North Korea’s recent nuclear test and multiple rocket launches have been extremely provocative, not to mention their announcement that they have successfully miniaturized nuclear weapons. Those provocative actions were quite conventional in nature, unlike some other actions that North Korea has sanctioned or carried out across the globe since the Cold War. This list will run through 10 of the strangest ways that North Korea has ever annoyed the world or stirred up trouble around the globe.

North Korea often rails against alleged injustices and warlike behaviors by the US and South Korea with rather ridiculous and over the top claims. How they’ve been transmitting that information to South Korea has been equally ridiculous—faxing them. In response to anti–North Korean protests in South Korea in 2013, North Korea faxed the South Korean defense ministry a message threatening an attack for the insult. South Korea faxed a reply back promising retaliation if an attack was carried out. The exchange would have been almost comedic if not for the very serious situation at that time, with tensions having risen substantially.

This wasn’t the first time that North Korea tried to use a fax in such a way. Earlier that year, North Korea sent faxes to South Korean companies in the Kaesong Joint Industrial Zone, claiming that the South Korean government was to blame for the shuttering of the complex, likely in an attempt to stir up anger toward the government. 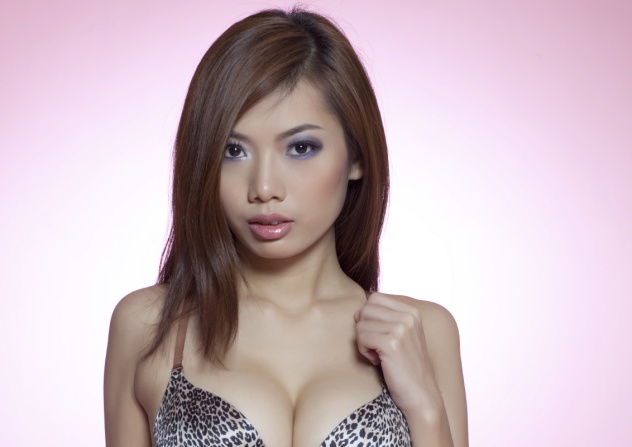 When foreigners, especially South Korean or Japanese businessmen and journalists, visit North Korea, they are assigned a handler. Sometimes, the handler is a pretty female, and romance blossoms between the foreigner and their North Korean handler—or at least the man believes that is the case. A while after the man has left North Korea, they’ll be told that their handler has given birth to their child. The foreign national is now in the grip of the North Korean regime and can be swayed to support North Korea, either by sending money to the regime directly, reporting favorably on the regime, or injecting investment capital into North Korea.

The scheme, dreamed up by Kim Jong Il, serves another purpose. The half-foreign children can be brainwashed by the regime and turned into spies who can be sent abroad and will blend in more effectively with foreign populations. The children are raised in special areas of Pyongyang, and their every need is looked after by the regime. They are kept as both future assets and hostages.

8 Building Bigger Than Their Enemies

At first glance, North Korea’s Kijong-dong (“Peace Village”), just north of the demilitarized zone, appears to be a quaint farming community of 200 families. However, on closer inspection, it is a shell of a town, meant only to lure defectors north from South Korea. Kijong-dong has a prominent and extremely tall flagpole with an interesting history behind it.

North Korea also built the world’s largest stadium, the May Day stadium, in the late 1980s to one-up South Korea, which was hosting the 1988 Olympics. The world’s tallest hotel, the 101-story Ryugyong Hotel, was also built during this time to one-up a 226-meter (741 ft) South Korean–built hotel, although construction was halted after a series of crises hit North Korea in the early 1990s. Building didn’t resume until 2008.

Tensions between North Korea and South Korea reached a crescendo in early 2016, after North Korea’s fourth nuclear test in January. When South Korea turned on speakers to blast propaganda and K-pop music across the DMZ, North Korea retaliated by bombarding South Korea with balloons carrying propaganda pamphlets as well as, curiously, trash, including cigarette butts. The trash was only discovered after malfunctioning balloons crashed, causing property damage and attracting a military and police response.

Given that North Korea called the South Korean president “filthy” and stated that the country itself is run by “trash,” they might have been trying to physically pollute South Korea. Besides cigarette butts, the balloons also included used toilet paper and other trash, which the South Korean military initially refused to confirm. South Korea feared the trash was some bizarre form of biowarfare, but later analysis showed the trash was just ordinary garbage.

Is This North Korea’s Drone Technology?

In 2014, several South Koreans foraging for wild herbs came across the wreckage of a small North Korean reconnaissance drone built using off-the-shelf components (including a Japanese-made camera) and subsequently alerted the South Korean government. One of the South Koreans had wiped the memory card of the drone camera clean for his own use, so what the North Koreans had actually photographed couldn’t be determined, but there were a number of strategically important targets in the area in which the drone had crashed, including a nuclear power plant. Two other crashed drones were discovered the same year.

Although the drones were basically just commercially available remote-controlled planes modified by North Korea to fly an automated route and carry a camera, they successfully avoided South Korean air defenses due to both their small size and the intermediate altitude that they fly at, which makes identifying them on radar difficult. In August 2015, South Korean aircraft scrambled to intercept another drone, but patchy radar detection helped the drone evade the aircraft. In 2016, South Korean soldiers fired on another drone, which turned around and flew back into North Korean airspace, indicating that some North Korean drones are under remote control.

5 Advertising In The New York Times 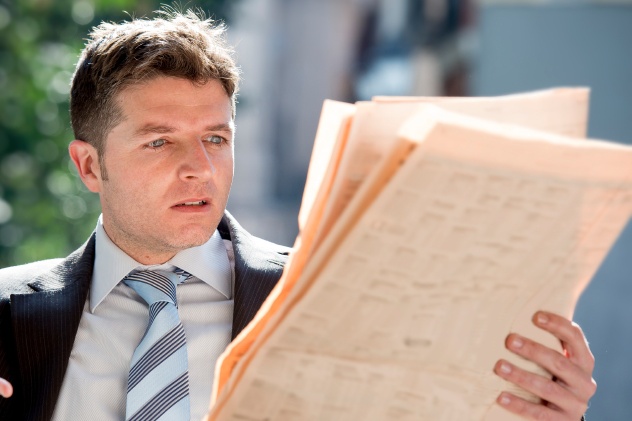 You probably don’t think major newspapers in the West have ever run anything positive about North Korea. Their advertisements, however, have, because North Korea once paid newspapers like The New York Times, The Boston Globe, and The Washington Post to run full-page ads touting the achievements of Kim Il Sung, Kim Jong Il, and the North Korean state. With ridiculous, over-the-top titles like “Korea Has Given Birth To One More Great Hero,” the ads were roundly ridiculed in the West and even offended Muslims when an ad in a Middle Eastern newspaper claimed that Kim Il Sung was a “Divine Man.”

The advertisements continued from the late 1960s until 1997, not only glorifying Kim Il Sung and his son, but also promoting books written by him on the topic of Juche, North Korea’s national philosophy. The advertisements were likely aimed at domestic consumption rather than foreign. North Korean State Media would report on the ads, claiming that they were newspaper articles written by foreigners glorifying North Korea and Kim Il Sung. 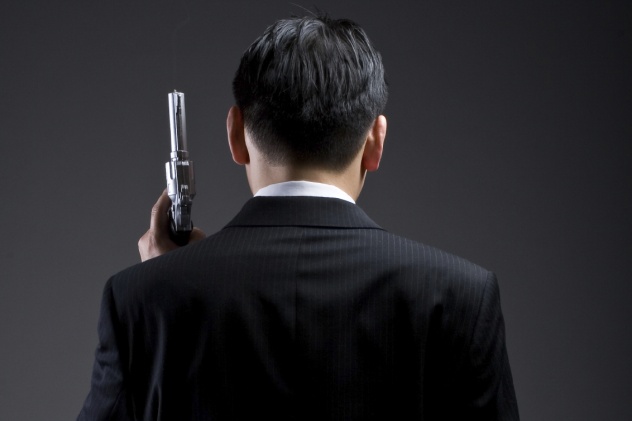 North Korea currently holds hundreds of foreign nationals that it has abducted from many countries around the world. They’re kidnapped for their technical expertise or to teach North Korean spies how to act abroad. One of the most egregious examples of such a kidnapping was the hijacking of a Korean Airlines YS-11. On December 11, 1969, the YS-11 aircraft was flying a routine domestic flight in South Korea when one of the passengers, a North Korean agent, stood up and walked into the cockpit.

They released 39 of the passengers in February 1970. The remaining passengers and the four crew remained in North Korea, possibly because they had technical expertise or were wealthy. 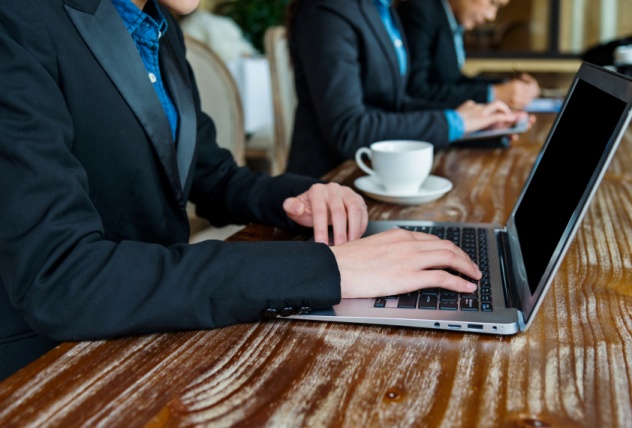 North Korea’s hacking of Sony in 2014 might have been surprising, since North Korea is often viewed as a very backward country, but cyber warfare has been a mainstay of the North Korean arsenal for some time. This isn’t crazy, given that other countries also use cyber warfare, but the specific ways that North Korea operates in cyberspace can be eyebrow-raising. North Korea has taken advantage of South Korea’s love of computer games by secretly distributing malware-riddled games in South Korea, turning computers on which the games are installed into intermediates for North Korea cyber attacks against South Korean infrastructure. 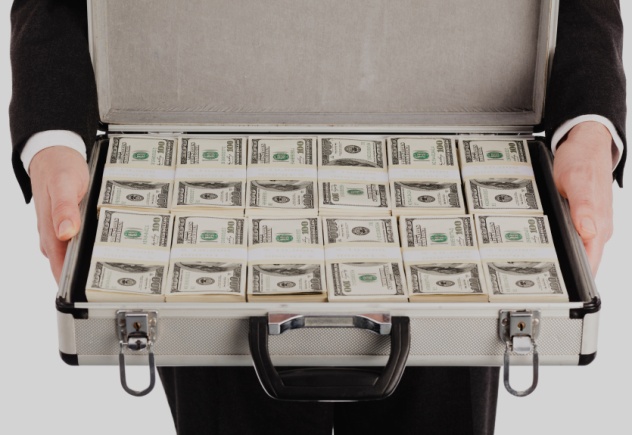 The money for North Korea’s nuclear program and their leaders’ lifestyles has to come from somewhere, and that somewhere is arms sales, the drug trade, and possibly most interestingly—insurance scams. North Korea’s Korea National Insurance Corporation has scammed other insurance companies that it has reinsured from by staging accidents such as plane crashes, and the money is funneled straight back into the country by North Korean diplomats in briefcases full of cash.

North Korea has ripped off some of the world’s largest insurance companies to the tune of several hundred million dollars. This source of income hasn’t seen much scrutiny because many of the insurance companies, including Lloyds of London and Allianz Global, don’t want to reveal how much they’ve lost. 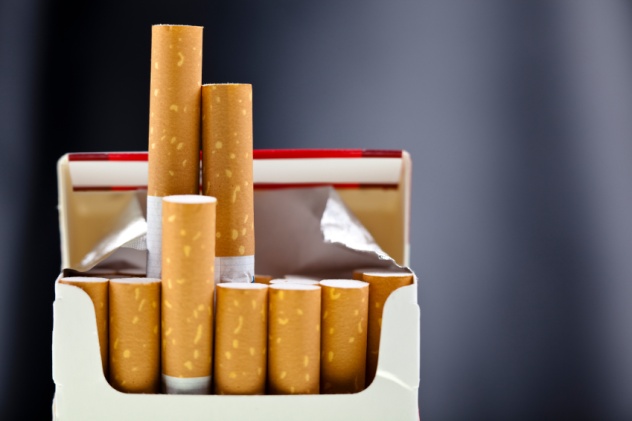 North Korea started counterfeiting cigarettes in the 1990s, but the operations seem to have expanded substantially in the 2000s, prompting a response when both China and Taiwan seized fake packaging and other materials destined for North Korea. Even with more seizures, North Korean–made counterfeit Marlboro cigarettes have made their way to the United States and have become an entrenched problem. Cigarettes are easier to counterfeit and sell compared to other illicit goods, because they are a lower priority for law enforcement.

Counterfeiting cigarettes might not seem like something that could earn North Korea a lot of money, but a single shipping container of cigarettes can be worth more than $3 million. It has been estimated that after production and distribution costs, North Korea could be raking in as much as $160 million a year in profit from counterfeit cigarettes. As many of the cigarette factories in North Korea are run by the North Korean military, the foreign cash earned goes straight back to the militarization of North Korea.