In the geopolitical race to one-up each other during the Cold War, the United States and her allies faced off against the Soviet Union and her allies. While much of this race took the form of a conventional and nuclear military buildup, things sometimes degenerated into completely serious but rather crazy schemes.

10Inserting Spies Into The Soviet Union Via Balloon 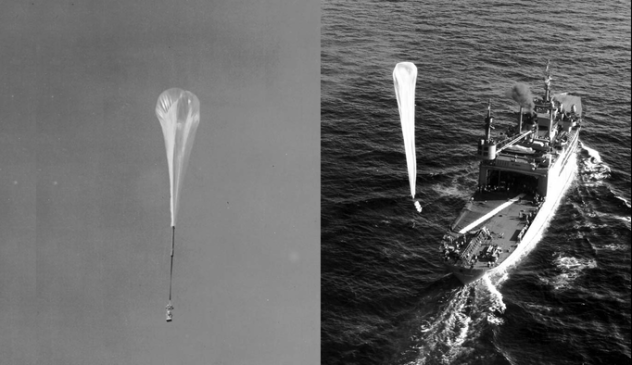 The Warsaw Pact nations had extremely effective border security during the Cold War, so sneaking American spies in was quite a challenge. Meanwhile, the US Navy had been using gigantic plastic balloons for astronomical observation and weather monitoring. To make the balloons, the Navy turned to the famous General Mills (the company that makes Betty Crocker and Cheerios, as opposed to a military officer). The Navy even produced a film demonstrating the use of the balloons for manned flights. This made its way to a CIA research and development team, who were struck by the idea of sending spies ballooning undetected across the border.

Originally, the balloons were to use helium, but the Navy refused to authorize any more helium for manned balloon testing after a crash in Wisconsin gained significant press coverage. This was bad news for the CIA team, who weren’t able to secure helium of their own (the balloon project evidently wasn’t top priority for the agency). So CIA officer Walter H. Gioumau decided to carry out a test flight using commercially available hydrogen instead.

The first test was carried out on October 1951, with Gioumau using ballast and a parachute to direct his balloon. It immediately ran into problems, including a gas leak and a sudden rainstorm. Probably the most terrifying moment came when Gioumau thought he heard an approaching plane racing toward him. Luckily, it turned out to be a train passing beneath him. The second test flight two weeks later was much more successful, but would prove to be the last one, as Giomau was deployed to Europe and the CIA apparently abandoned its nascent balloon division. 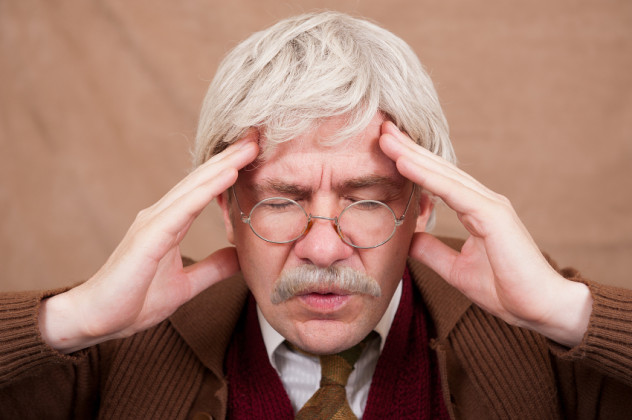 In the late 1960s and early ’70s, the CIA grew concerned that the Soviets might be investigating psychic phenomena. The RAND Corporation even produced a 1973 study warning that the Soviets were murdering baby bunnies on their submarines, in an attempt to see if the mother rabbit could detect their pain from the surface. By the mid-1970s, the CIA estimated the Soviets were pouring hundreds of millions of dollars a year into such research. And surely the Soviets wouldn’t spend that kind of money unless they had achieved some success? The CIA had to respond with their own psychic research.

The first program, started in 1970, was a headed by a Scientologist and many of the psychics tested by the program were also Scientologists. The project continued in various incarnations until 1995, by which time it had become disorganized and lost its political backers. A final CIA report concluded that the program, in its various incarnations as “Inscom Center Lane”, “Sun Streak,” and “Stargate,” had never produced any useful intelligence, despite costing nearly $20 million over the decades.

The US Army started their own psychic project in 1973, but withdrew support in 1985, after the National Academy of Sciences reviewed their work and produced a scathing assessment. 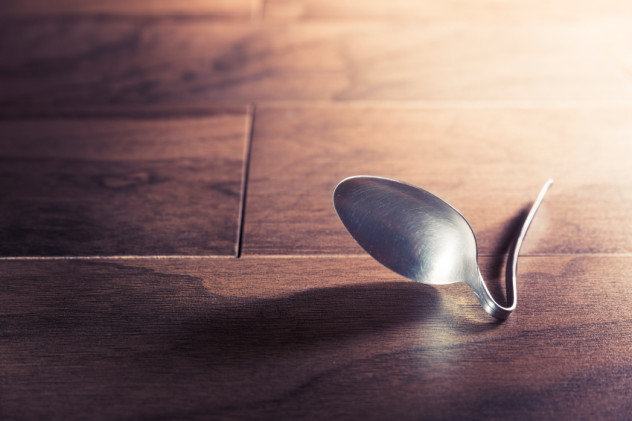 To be fair to the CIA, they were correct that the Soviets were researching psychic powers. In fact, Soviet psychic research had started as early as 1920. The focus was originally on telepathy, which the Soviets thought could be a perfect method for communicating secretly over long distances. They later branched out into psychokinesis, believing that even mild psychokinetic abilities would be enough to destroy delicate US missile guidance systems.

While American psychic research mostly consisted of unfocused attempts to explore the potential of the mind, Soviet paranormal researchers tried to come up with a coherent theory of how psychic powers might work. Their tentative conclusion relied on “bioenergetics”—the energy produced as a byproduct of metabolism in living organisms. The scientists thought that this might result in humans emitting an energy field known as “bioplasma.” Psychic individuals were thought to be capable of emitting a charged burst of this energy, allowing them to effect objects or other humans.

Although the Soviet and American psychic programs were equally ineffective, the CIA viewed the Soviet work as more organized than American efforts. This was a huge impetus for the CIA to fund its own psychic programs, and there ended up being something like a psychic race between the two Cold War superpowers.

7Cargo Aircraft Powered By Rockets For A Rescue Mission

After the failure to rescue the American hostages held in Tehran in 1980, the US went back to the drawing board. One of the major issues with the original rescue attempt was the helicopters used, which had crashed and doomed the mission. The focus turned to fix-winged aircraft, which were intended to land in a soccer stadium across from the American Embassy and then take off again and land on an aircraft carrier in the Persian Gulf. The question was whether a cargo aircraft could be modified to land and then take off in a soccer stadium. Lockheed was contracted by the government to look into the problem.

C-130 airplanes could use JATO rockets for an assisted short distance take off, but too many JATO rockets would be required, so rockets from missiles had to be used instead. In the end, 30 rockets were mounted in various positions around the aircraft, some to decelerate it, some to accelerate it, and some to slow its descent. Work proceeded at a feverish pace and the modified C-130s took to the skies a mere three weeks after the project started. But a test flight ended in disaster when the crew turned off the automated system used to fire the rockets, causing a crash when a crew member misjudged the distance to the ground. A few days later, the hostages were released, and the rocket-powered rescue plane plan was abandoned. 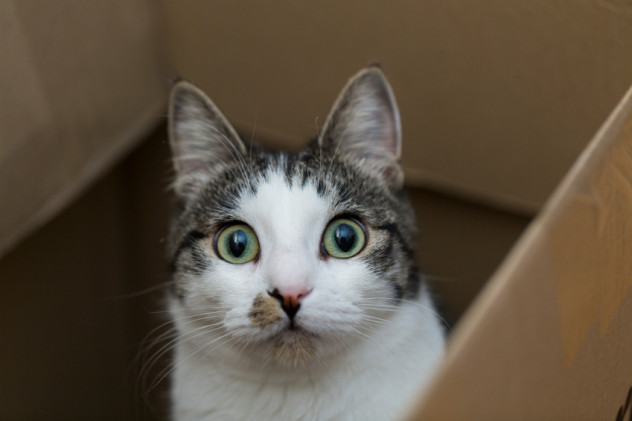 Project Acoustic Kitty was exactly what it sounds like—the CIA was going to use cats to spy on foreign officials. In 1967, the CIA had veterinary surgeons surgically implant a microphone in a cat’s ear canal and a radio transmitter at the base of the cat’s skull, turning it into a biological spy machine. In the first test, the cat was let loose in a park to spy on two men talking on a bench, but instead wandered off and was immediately run over by a car. Further attempts were as unsuccessful as the first.

More CIA research into cat-based espionage indicated that training the cats enough to be able to direct them a short distance was very possible, but that other “security and environmental factors” identified in a CIA report on the matter indicated the concept was not usable in the real world. The project was abandoned, having only cost the CIA a measly $20 million dollars. 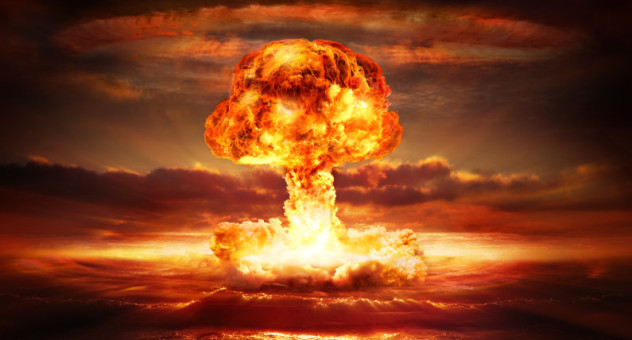 When Nixon became president in 1969, he inherited the minor problem of the Vietnam War. Naturally, he tried to make the problem go away, and seriously considered using nuclear weapons to do so. By July 1969, top officials in the US government had started planning for Operation Duck Hook, a heavy nuclear blitz that would be unleashed on the North Vietnamese by November if they didn’t agree to come to the negotiating table to end the war. The campaign would have included an invasion of North Vietnam, mining of Vietnamese ports, and massive bombing of North Vietnamese cities.

The offensive would potentially have included the use of a nuclear weapon, either to destroy a key pass leading from China into Vietnam, or North Vietnam’s extensive dike system. Nixon initially appeared in favor of the scheme, but opposition from his top advisors quickly forced him to shelve plans for the use of nuclear weapons. 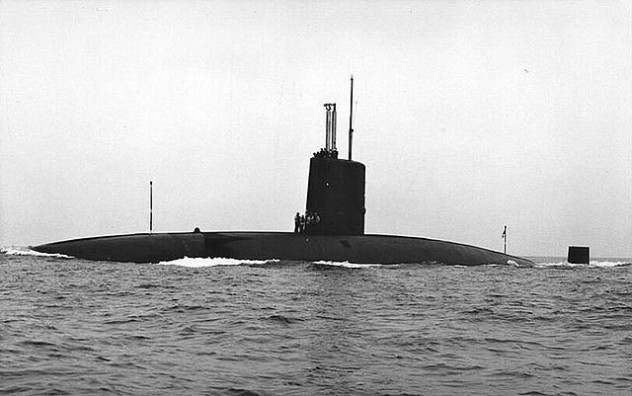 The Royal Navy submarine HMS Conqueror is most famous for sinking
an Argentinian cruiser during the Falklands War in 1982. Just a few months later, the Conqueror was involved in a secret mission in Soviet waters with the aim of stealing top secret technology from the Soviet Union.

The target was a Polish spy ship pulling a high-tech string of hydrophones designed to listen in on submarines. HMS Conqueror’s job was to cut the string with a special set of pincers and drag the hydrophones back to the UK, making it look like the string had accidentally broken off. To do this, the submariners had to sneak up behind the ship at a specific angle to avoid being detected by the hydrophone. Astonishingly, HMS Conqueror managed to pull it off successfully, and its quite possible that the Soviets never realized what had happened to their prized spying tool. 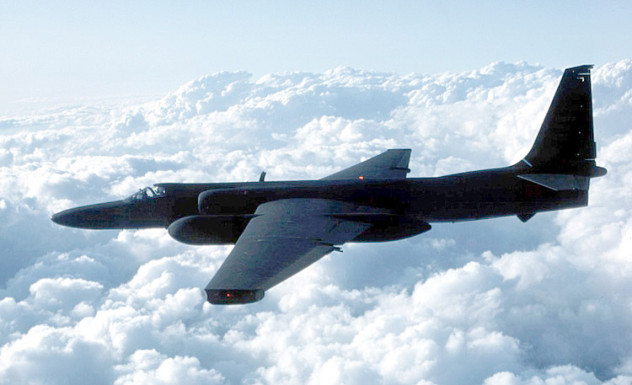 After the U-2 spy plane (pictured) made its first few flights over the Soviet Union, it became clear to the CIA that Soviet air defenses were actually entirely capable of tracking the U-2. With that in mind, the CIA launched Project Rainbow in 1957, with the aim of reducing the aircraft’s radar return—in other words, the CIA was trying to stealth it. There were two main attempts at this, both equally bizarre.

The first approach involved using bamboo poles to string a wire of iron beads around the aircraft. This was called the Trapeze System and was based on the theory that incoming radar waves would be trapped by the wire and unable to return to the monitoring station that had broadcast them. In practice, this didn’t work particularly well. The second approach was dubbed the Wallpaper System and involved glueing special plastics to the entire outside of the aircraft. Th theory was that the plastics would absorb the incoming radar waves. This was only slightly more effective, and the downside was that the aircraft became so heavy and unstable it was prone to crashing. 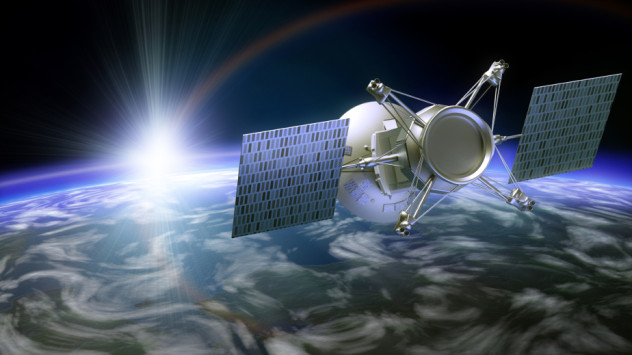 For the moon landings to be successful, the Apollo landing sites needed to be mapped to a high resolution. NASA’s lunar orbital probes had been developed using classified National Reconnaissance Office (NRO) technology, but there was a chance they could fail. If that happened, the NRO was prepared to give NASA modified spy satellites that NASA could launch into lunar orbit, complete with astronauts to operate them and retrieve the pictures they would produce.

The agreement was formalized in writing in 1963, and the first of five modified spy satellites was nearing completion in 1967, when the project was cancelled as it had become unnecessary. While NASA also wanted to use the modified spy satellites for mapping the Earth or more detailed mapping of the moon, the US military was very worried the existence of the US’s classified spy satellite programs would be revealed to the public, and blocked the idea. 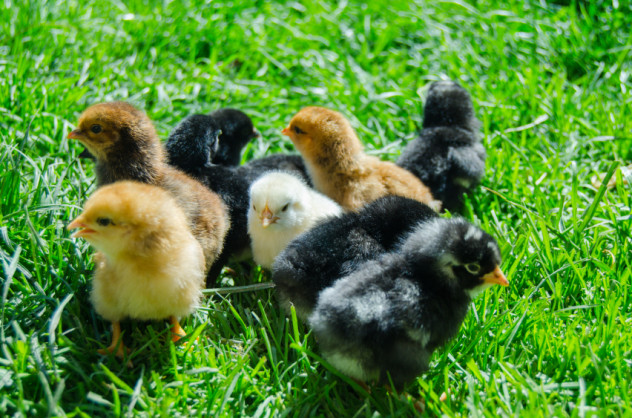 With overwhelming Soviet troop numbers ready to pour across the Iron Curtain the second the Cold War turned hot, the US and UK knew they would need some non-conventional weapons to slow down any assault. The UK thought that nuclear landmines might be an interesting way to slow down the Soviets. These would be buried underground and then remotely detonated once the Red Army had overrun the area. Unfortunately, the mechanism was prone to malfunctioning in cold weather. To counter this, British scientists turned to the classic mechanical heating solution: live chickens.

The theory was that the heat from the chickens would keep the nuclear landmine warm enough to work. A chicken would be caged within the landmine itself and given food, although it would still die after a week, rendering the bomb inactive. The project, known as “Blue Peacock,” was approved in 1957, but cancelled a year later, when it was realized that burying unstable nuclear weapons in allied West Germany might not be an internationally applauded move.