Oh war! This is a deadly game that our world loves to play so much. Omar Bradley once quipped that, “We know more about war than we know about peace, more about killing than we know about living.” The ferocity of World War II gave birth to a truly wide-array of bizarre weapons. As the last “good war,” it presented an opportunity for the eager minds of the mad, the wild, and the creative to create lasting innovations and contributions that will give them the advantage or, better yet, end the war. Here are some of the odd weapons that belonged to the Allies. Even if not all were used in combat, all of them are truly bizarre.

There are strange-looking remnants that stand alone in the isolated fields along Britain’s coast. They are the long-forgotten acoustic reflectors, dubbed by locals as the “listening ears.” These lonely structures were built to protect harbors and coastal towns from airborne attacks. Serving as an early warning system, microphones placed at the focal point of the reflector enabled it to detect sounds from flying aircraft over the English Channel, at a range of 30 kilometers. Thanks to acoustic pioneer William Tucker, who helped the radar teams pinpoint enemy aircraft and their movements, the system helped a seemingly inferior, and nearly obsolete, radar system effectively detect German bombers and fighters, and to, ultimately, help win the Battle of Britain. 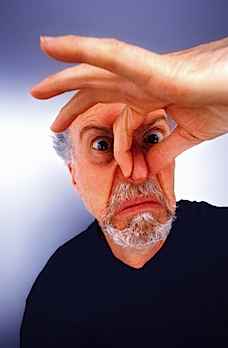 This weapon stunk so bad that it didn’t even reach deployment. The smell of the stench weapon was apparently so bad that psychologist Pam Dalton described it as resembling “the worst garbage dumpster left in the street for a long time in the middle of the summer.” Developed by the Office of Strategic Services, it was intended to be used by the French Resistance to demoralize German officers by spraying the content, which smelled of fecal matter. However, the sulfur compounds used were extremely volatile and, therefore, very difficult to control. As a result, the person spraying the substance often got as smelly as his unfortunate victim. Though this was a top-secret weapon, a recipe of ingredients to make it can now be found on the Internet.

A combination of a Willy MB Jeep, a rotaplane, and some creative design, the Rotabuggy was assembled by helicopter pioneer Raul Hafner. Better known as the Blitz Buggy by Hafner, it was an experimental aircraft that evolved from the other “Rota concepts” (the Rota Tank and the Rotachute). Despite looking absolutely ridiculous and almost cartoon-like, the Rotabuggy successfully went airborne, reaching gliding speeds of 45 mph in its first trial, in 1943. It flew at 65 mph for 10 minutes in 1944. It was also surprisingly sturdy, withstanding falls from 7 ft. without experiencing damage. Despite being an engineering success and deemed to be “highly satisfactory,” the Rotabuggy was overlooked and phased out by the introduction of the more sensible Waco Hadrian glider. A replica can be found in the Museum of Army Flying, in Stockbridge.

The famous bouncing bombs first used by RAF Squadron 617, better known as the “Dam Busters”, and used to blow up the Ruhr dams in Operation Chastise, were masterminded and created by inventor Barnes Wallis. The bombs were issued for combat use when torpedo attacks and aerial raids on German hydroelectrics proved fruitless, as torpedo nets protected and detonated conventional torpedoes from impact. The bouncing bomb, as the name portrays, bounces on water, partly due to the spherical shape (which Wallis discovered while skipping marbles in his garden pond). Therefore, it became very effective at avoiding torpedo nets, and its ability to be aimed directly at a target was seen as a huge advantage.

A modified Lee Enfield rifle, the De Lisle is one of the first successful carbines made with an extremely effective suppressor. The suppressor, which dominates the rifle from back to muzzle, measures two inches in diameter, and provides enough space for the gasses used when firing. It fires modified 9mm pistol rounds, and the ejected round would fall into the magazine, which had a velvet-lined compartment to stop the sound of spent bullets hitting the ground. It is so quiet that moving the bolt to chamber the next round makes more sound than firing a round. The De Lisle was only manufactured in small numbers and was exclusive to Special Forces.

One of the many experimental follies of weapon development in WWII was the testing of the Great Panjandrum, a flying rotating cart loaded with explosives that hardly looked like a weapon, or even something to be taken seriously. This weird weapon came from the Directorate of Miscellaneous Weapons Development, who was tasked to build a weapon that was capable of being launched from a landing craft over the Atlantic wall: a 10-foot high, 7-foot thick concrete coastal fortification built by the Nazis to defend against naval invasion from Britain. The panjandrum is made up of two 10-foot wide wheels joined by a central drum fitted with explosives. Cordite rockets were attached to each wheel in order to propel the missile and catapult it at 60 mph into its target.
The rockets were not powerful enough, and they failed hilariously in tests. Here is a recreational panjandrum being tested by a fireworks company called SkyBurst.

Another one of Barnes Wallis’ creations, one of these colossal 20ft monsters contains thousands of pounds of explosives. It would be dropped from modified bombers, as no other existing bombers could carry its weight. The bombs are built with a tough armoured tip and would reach supersonic speeds when dropped from 40 thousand feet high, penetrating deep underground and detonating. The shock would often create a deep crater and produce a miniature earthquake capable of destroying the infrastructure of buildings and dams. Earthquake bombs were used to destroy the V2 factories, sink the German battleship Tirpitz and destroy docked U2 boats. 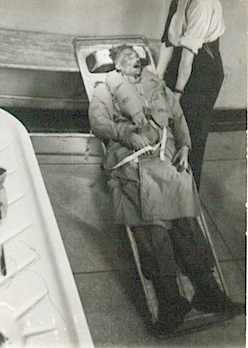 Major Martin was a homeless man, who died of pneumonia and was then used as a weapon of deceit by the British in Operation Mincemeat. The body was disguised as a dead Royal Marines Officer and left to be found in the sea off the Spanish coast, with a briefcase full of top secret files chained to his wrist. When the body was brought to Madrid, those documents indicated that the Allies were preparing an invasion in Sardinia. However, this was all a trick to persuade the Germans into thinking that the Allies were going to invade Sardinia, instead of Sicily. The trick miraculously worked, and the Germans pulled thousands of troops from Sicily to defend Sardinia. Thousands of Allied troops owed their lives to the deception of Major Martin. 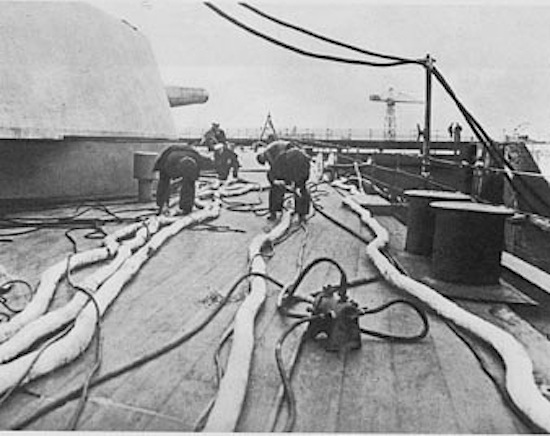 Although it sounds like it comes straight out of a sci-fi flick, the Allies researched the degaussing of ships quite heavily during WW2. The primary goal was to render the ship undetectable, and invisible, from magnetically fused undersea mines and torpedoes. The degaussing of a ship involved the generation of a powerful electromagnetic field onboard. The Canadian and British Royal navies spent large amounts of time doing tests and research on degaussing — in fact, the conduits from the degaussing system built in the HMS Belfast in London, can still be seen today. Many people also believe the electromagnetic degaussing attempt on the USS Engstorm might have influenced the story of the famous “Philidelphia Experiment.” 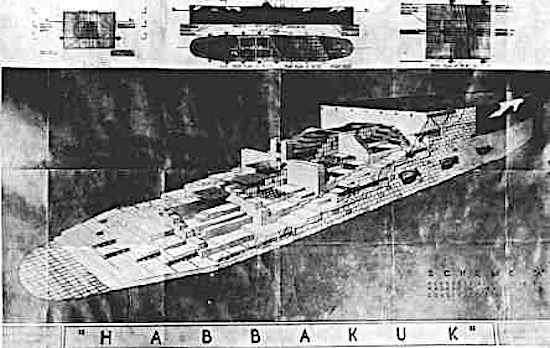 The idea of an “ice ship” impressed the U.S. Army enough that the Army actually tried to build one in Patricia Lake — unsurprisingly, it melted during one hot month in the summer. However, during the process, engineers discovered the composite material pykrete, which is made from 18 percent wood dust and 82 percent water. It was far more durable and tougher than ice; better yet, it didn’t melt as quickly. The introduction of the material revived the “ice ship” idea, most notably by Geoffrey Pyke, who planned to construct an aircraft carrier out of pykrete to combat German U-Boats in the Mid-Atlantic. Somehow, Pyke convinced the Canadians to try to construct a pykrete vessel in 1944. The amount of materials necessary for the construction were 300,000 tons of wood pulp, 25,000 tons of insulation, 35,000 tons of timber and 10,000 tons of steel. This amounted to a cost of £700,000 at the time. But, due to difficulties concerning deformation and stress, the cost more than doubled to £2.5 million. This resulted in the project being terminated.