Oceans cover nearly three-quarters of Earth, and yet every day, we are still discovering more about their watery depths. Entire fields of science, such as oceanography, marine geology, marine biology, and paleo-oceanography try to piece together the various mysteries that are hidden beneath the waves.

But in all this study, we sometimes fail to realize how much the ancient oceans affect our lives today. Everything from the air we breathe to our international trade partners is influenced by the oceans that existed thousands, millions, and even billions of years in the past. Here are just a few of the ways that these ancient waters still run very deep in our lives. 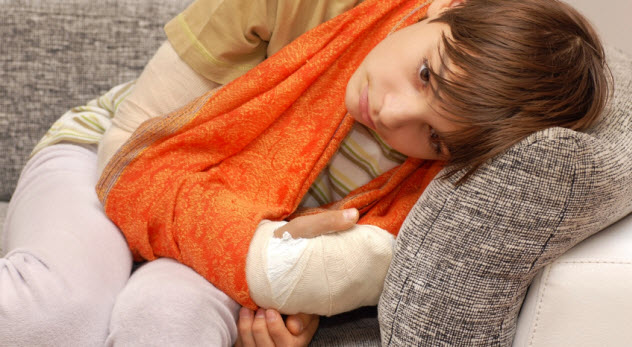 Broken bones and fractures are certainly a fact of life for millions of people. Often a fracture can mean months of being unable to use a limb, resisting the urge to itch, and living in general discomfort.

However, for some people, including elderly patients, the wait can be even longer and more uncomfortable because their bones don’t heal as fast. Often, their bones require a framework for new material to grow upon, linking the old bone to the new growth. Doctors can use plastic polymers to make the framework, but sometimes, something a little bit closer to home is used.

Coral has a porous nature and a close composition to actual bone. As a result, it is being used by more doctors and medical professionals to help them heal problematic fractures. They are using coral, created by companies like Core Bone in Israel, to build the scaffolding that helps our bones to heal.

So what does this have to do with ancient oceans?

Simple—it’s all about inspiration. Natural coral forms when coral larvae attach themselves to a rock or other solid object on the ocean floor. Then these small animals use the minerals dissolved in the ocean water to build complex structures made of mostly calcium carbonate, or what we commonly call corals.

These corals that were formed in our ancient oceans gave rise to the corals today. While harvesting natural coral is frowned upon by most nations, it can still be used to provide knowledge and inspiration for technicians to grow coral in a laboratory. This material can help provide faster healing and better mobility for millions of people worldwide. 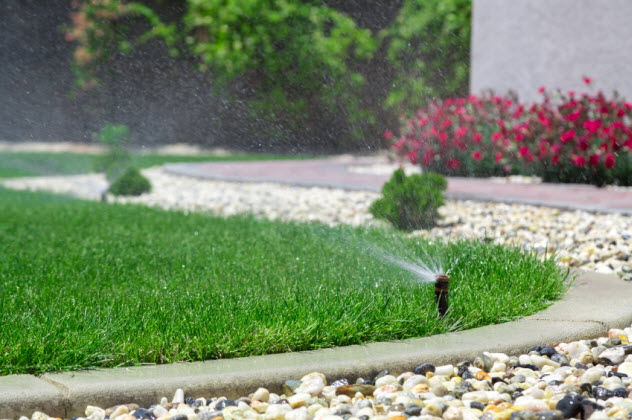 If you were to look at the world today, there is one plant family that could be considered at the top of its game. From the impossibly green, manicured lawns to the amber fields of grain, plants that fall into the grasses category can be seen just about everywhere. And it all started with the ancient oceans.

About 55 million years ago—or about 10 million years after the dinosaurs went kaput—the oceans absorbed massive quantities of carbon dioxide from the air. They became highly acidic due to the increase in carbon dissolved in the water. Essentially, the oceans became giant pools of your favorite carbonated beverage.

Along with rising temperatures and the fact that the surface water wasn’t really mixing with the deeper waters, this carbonic acid in the water changed the chemical composition of the atmosphere over time. The concentrations of things such as carbon, nitrogen, sulfur, and oxygen changed in the air. These new concentrations in the air also affected the concentrations in the soil, and the grasses began to flourish and spread around the globe.

8 Ancient Oceans Help Us To Breathe 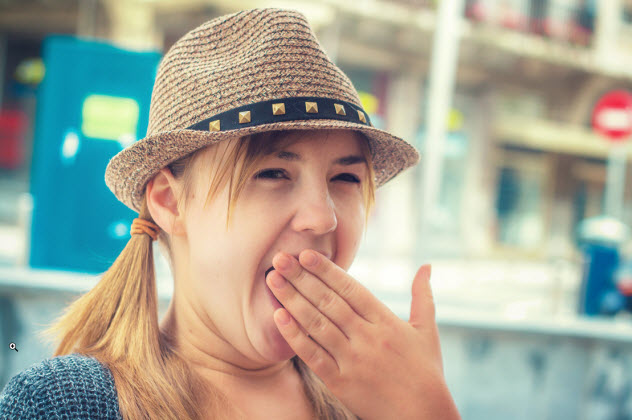 If we had lived on Earth when the ancient oceans were first forming between 3–4 billion years ago, we probably wouldn’t have lasted long. It was blistering hot, toxic fumes filled the air, and the ground was probably molten in places. In other words, it was just like the in-laws during the holiday season. This oxygen-poor, hot-water environment wouldn’t have been fun for us, but it was perfect for bacteria.

One such group of bacteria—called cyanobacteria—was living deep in the ocean and started to absorb the carbon dioxide while releasing oxygen into its surroundings. Much of the oxygen was combined with the iron in the land to form the Banded Iron Formation. The leftover oxygen was released into the water and the atmosphere, beginning the transformation of that toxic air into the air that we know and love today.

7 The Ancient Oceans Were The Original Salt Shakers 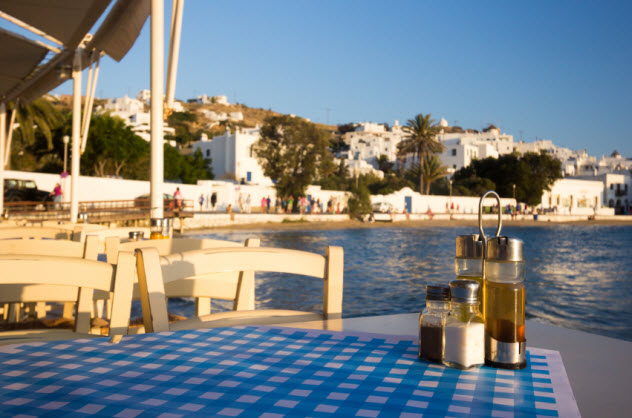 If we look in any kitchen “worth its salt,” the one seasoning that we would find just about everywhere would be salt. Used throughout history as a way to preserve food and give flavor to bland potatoes, this mineral owes its existence to the ancient oceans.

Approximately 200 million years ago, the supercontinent of Pangaea started to break apart. The oceans that formed between the landmasses deposited evaporites over the next hundreds of millions of years. These evaporites included gypsum, anhydrite, and halite, to name a few. Halite, of course, is now known by most people as common table salt. 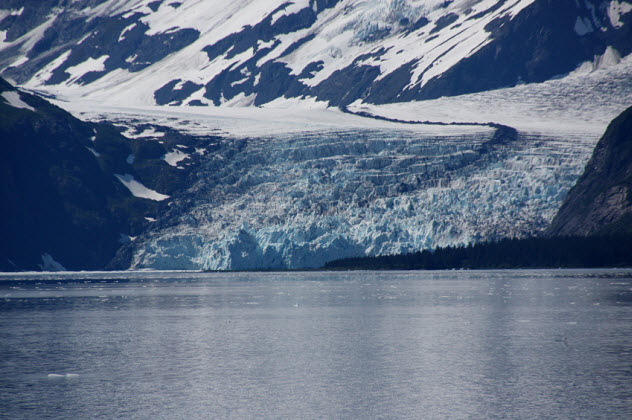 About 17,000 years ago, the world was a much different place. It was colder, ice sheets covered much of the northern and southern hemispheres, animals were becoming more scarce, and the human race was battling the elements for survival.

However, just a mere 5,000 years later, the brutal, icy environment began to change and become more temperate. It was the beginning of the end of the most recent ice age. Some scientists now believe that this most likely happened with the help of the ancient oceans.

Researchers from the University of Southampton in the United Kingdom have uncovered evidence of the oceans releasing large amounts of carbon dioxide into the atmosphere. As any budding environmentalist knows, this contributes to a rise in overall temperature due to the greenhouse gas effect. The warmer temperatures, the increase in plant life (they love carbon dioxide), and the receding ice sheets allowed for warmer temperatures to prevail. 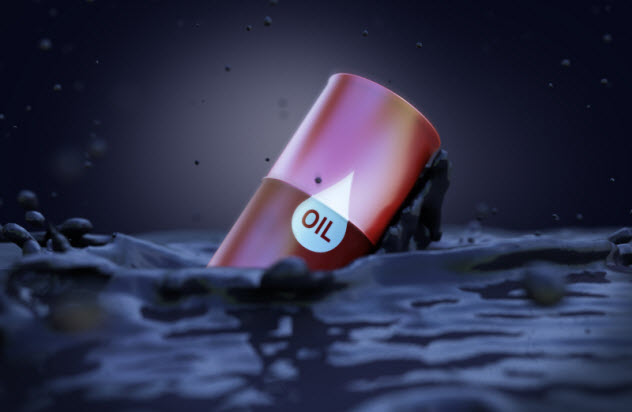 In the United States, it seems like we drive just about everywhere. We don’t always think about it, but much, if not all, of the oil and gasoline that are used to keep our cars running smoothly are made from the crude oil that was first formed in the ancient oceans. Much of that oil was formed from the compression and heating of marine plant material and cyanobacteria that died long ago and were deposited on the ancient ocean floor.

4 The Ancient Ocean Gave Us Sidewalks 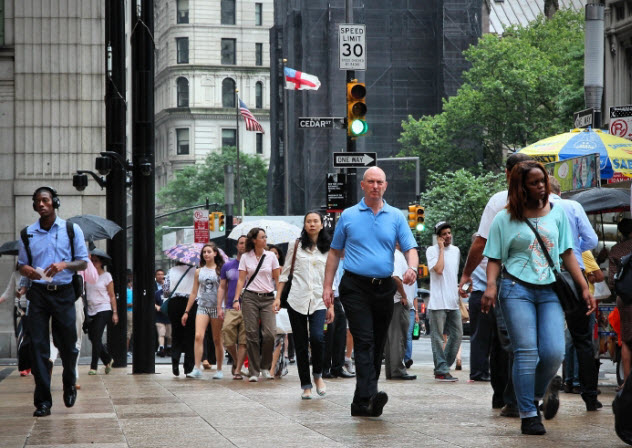 In modern times, concrete is all around us. We walk on concrete sidewalks, work in concrete and stone buildings, and try and improve our homes with thousands of concrete blocks each year. Concrete itself is made from a mixture of cement, water, and gravel.

In turn, cement is made primarily of limestone, which is a sedimentary rock that is usually formed (but not always) in the calm waters of the ocean. So the concrete jungle that we live in is due in part to the oceans that existed millions of years ago. 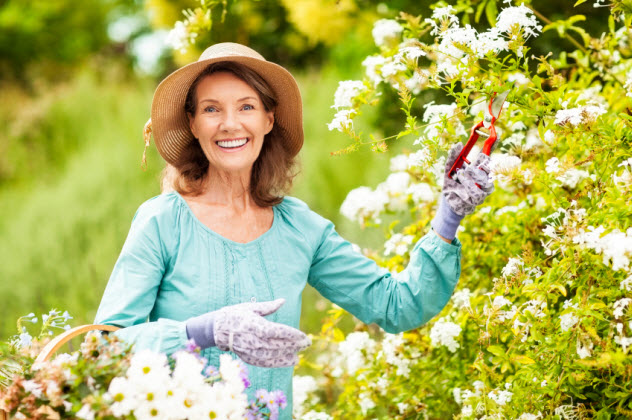 In addition to helping to spread grasses all over the world, the ancient oceans also had a hand in making our gardens grow. About 3.5 billion years ago, plants as we know them today didn’t exist. However, some cyanobacteria armed with chlorophyll and a dream of world domination did.

Through their interaction with the watery environment, the cyanobacteria were able to not only release oxygen for animals to breathe but also help transform the stable nitrogen in the air into nitrates and ammonia in the soil. Some of these cyanobacteria evolved into plants that made use of the nitrates, ammonia, and other minerals in the soil to become plants as we know them today.

2 The Ancient Oceans Helped To Bring Us Together 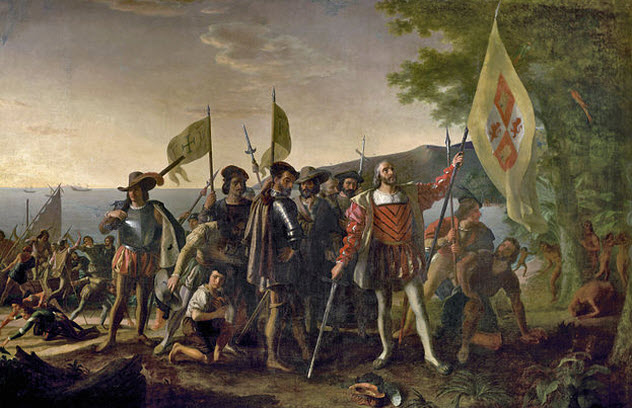 When human civilization started to come into its own, the ancient oceans provided a way for peoples of various tribes, regions, and nations to communicate with and travel to each other. For a very long time, travel by sea was one of the safest, most reliable forms of transportation available.

The ancient oceans provided a way for ancient Egyptians to interact with the ancient Greeks, a way for the Europeans to explore and later colonize the Americas and parts of Africa, and a way for nations to build stronger alliances through passage on the waters.

1 The Ancient Oceans Helped To Protect Us 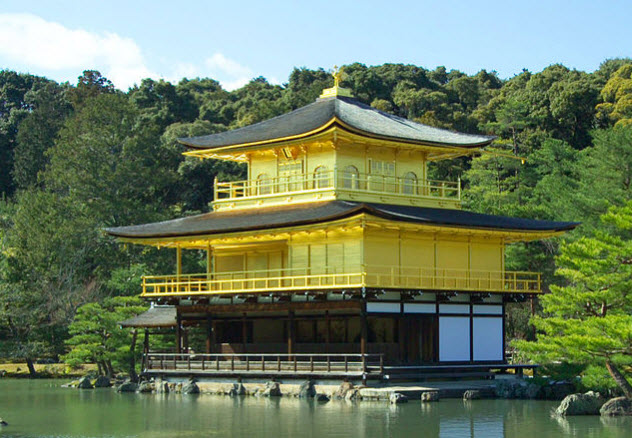 Just as the ancient seas provided ways for various cultures and people to interact, they also provided protection when things went wrong. For much of our history, crossing a vast ocean, sometimes thousands of miles wide, wasn’t exactly easy. This allowed for the early development and flourishing of a number of cultures that are seen as powerhouses in the world today, such as the United States, Japan, and Europe.

Laura Seeber is a writer, ghostwriter, researcher, and geologist who lives and works in Colorado Springs, Colorado, with her husband. She spends much of her days writing and editing fiction, technical documents, and trying to convince her neighbors that rocks are, in fact, really, really cool. Her website can be found at www.writersthread.com.