Liquid ivory? This lost craft is among the oddballs of history that nobody saw coming. More surprises lead to unknown kingdoms, bizarre corpses, and deadly weapons made from people.

10 A Mummy Full Of Grasshoppers

In 1937, a mummy turned up in Texas. The man died between 1,400 to 1,000 years ago and his body was naturally preserved by the dry conditions of the Lower Pecos Canyonlands. The guy died horribly.

The man had a parasite that gave him Chagas disease. This bummer causes deadly constipation, massive swelling of the colon, and prevents proper digestion. Near the end of his life, the man was malnourished and probably too weak to care for himself. Somebody fed him a near-exclusive and protein-rich diet of grasshoppers for months.

The mummy was unique for reasons other than being full of undigested grasshoppers and about 2.6 pounds (1,170 grams) of feces. His colon was so backed up that it created enough pressure to crush plants that normally pass through the digestive system unscathed, something that had never been recorded before.[1] 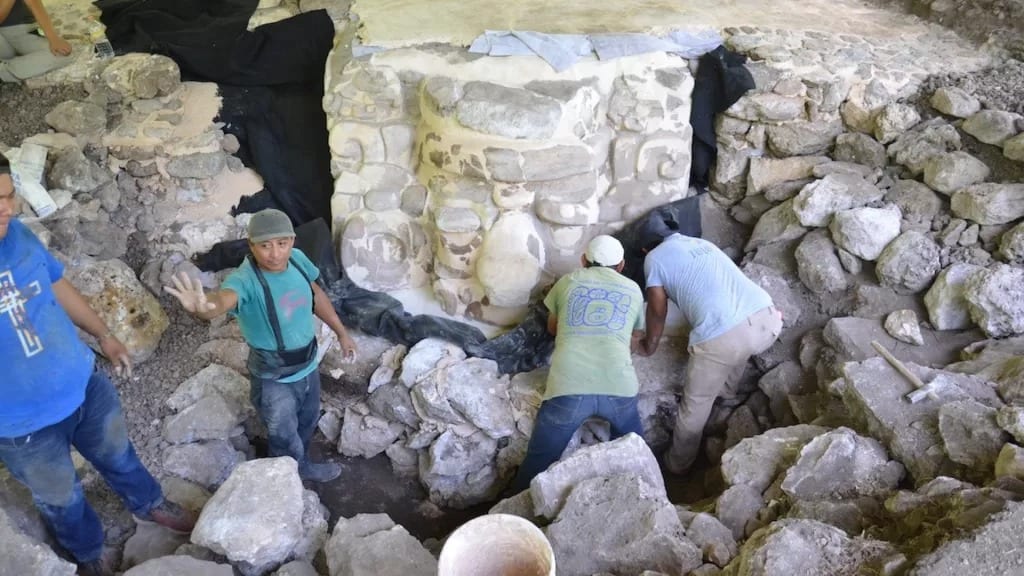 In 2019, archaeologists buried a mask at a secret location. They had just renovated the artefact, which was a stone mask the size of a person. These items are known as stucco masks and show a specific god or a person from real life (the identity of the individual shown on the mask is not clear).

First discovered in 2017 in Yucatán in Mexico, researchers realized they had a unique mask on their hands. Created somewhere between 300 B.C. and A.D. 250., this was the first stucco mask to be discovered in the area and it was also brightly painted.

Due to its rarity and the site having no official protection, the artefact risked being stolen. To fool looters, the structure was buried for its own protection at the site. But a year later tests showed that it was deteriorating. So it was excavated, restored, and buried again in 2019.[2] 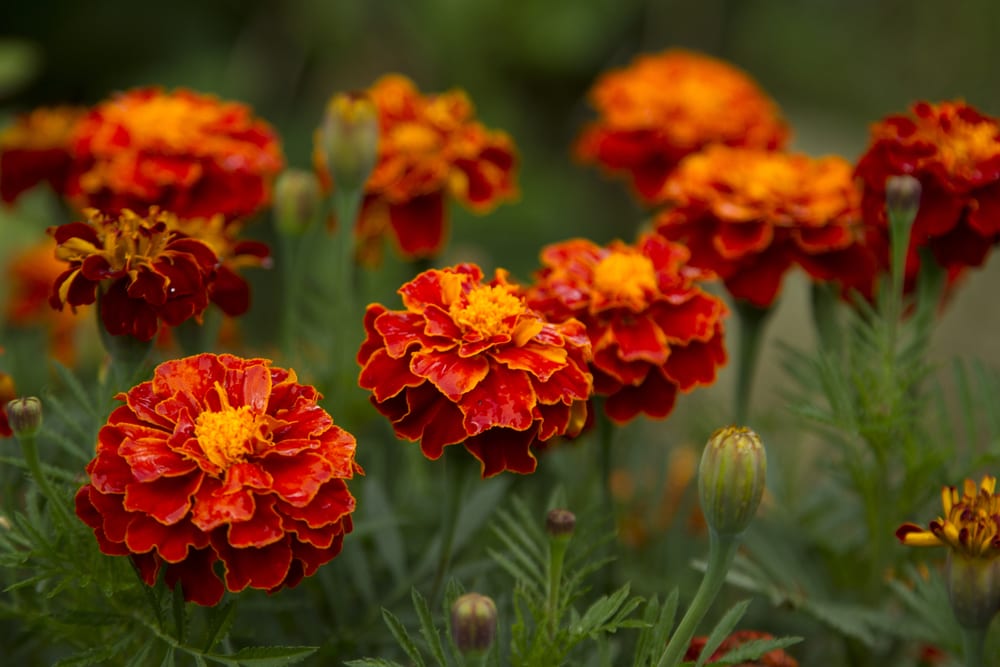 Marigold won’t get anyone high. But the ancient Maya appeared to have smoked the plant anyway. This was discovered by Washington State University after they tested 14 ceramic pots that were used as drug containers by the Maya over 1,000 years ago.

The discovery is also unusual because the marigold is the first non-tobacco plant found inside these vessels. Indeed, the plant shared the drug containers with two types of tobacco. Why the Maya stuffed their pots with marigold is not clear. But perhaps the marigold was a flavour enhancer to give smoking a better taste.[3] 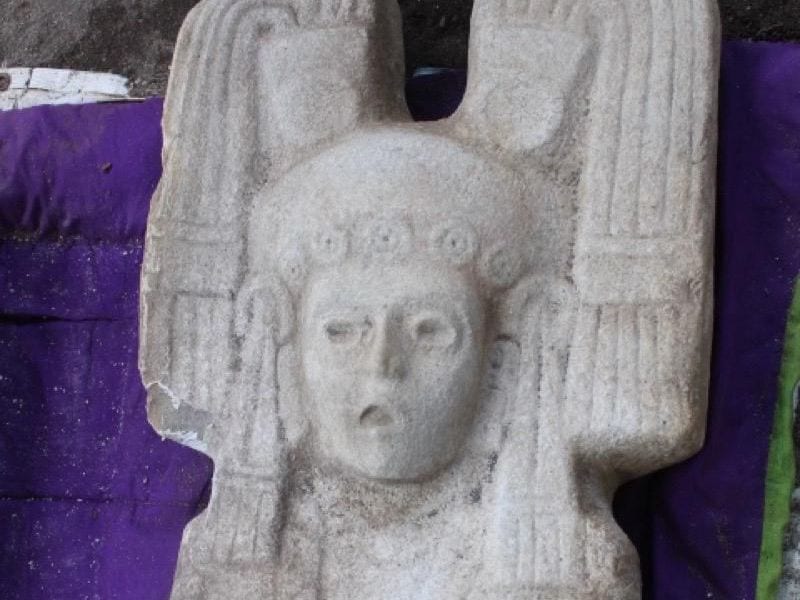 In 2021, farmers ploughed a grove in Mexico. At one point, they hit a rock. After trying to remove it, the farmers discovered that the object was a large statue of a woman. Mexico is no stranger to ancient artefacts but this was not your everyday find.

The region, located near Mexico’s Gulf Coast, had never produced anything like this. The limestone carving stood 6 feet (1.8 meters) tall and was made between 1450 and 1521 A.D. While she did not come with a name tag, her ornate clothing suggested that she was a pre-Hispanic Mesoamerican leader, goddess or a blend of both.

The statue had Aztec traits but not enough to belong to the culture. While the carvers remain unknown, they probably belonged to the Huastec people who are descendants of the Maya. If so, then the complete lack of other Huastec artefacts is puzzling.[4] 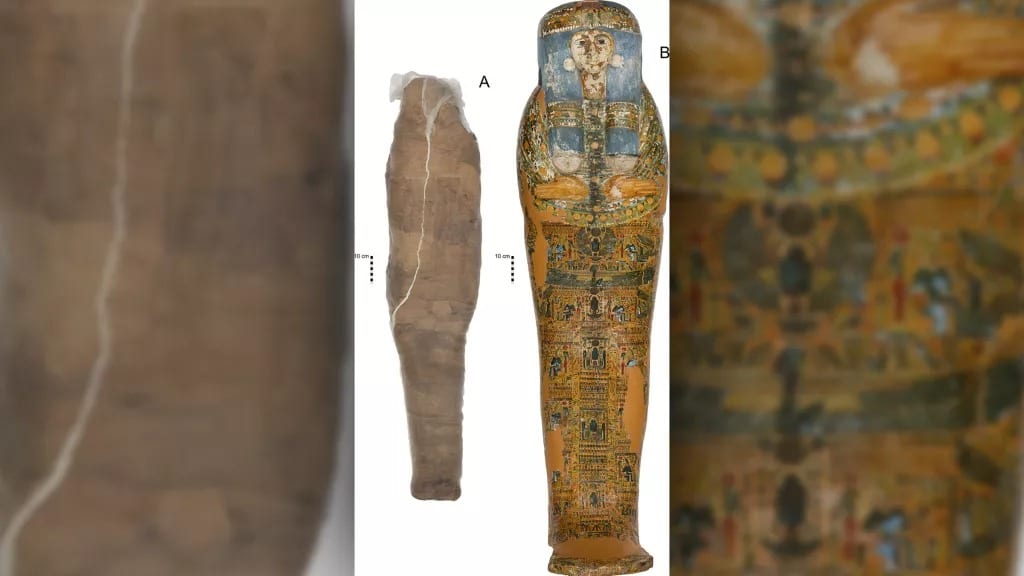 Egypt is known for its mummies. Normally, they are wrapped in bandages but a few years ago, an Australian university discovered that one of their Egyptian coffins contained a unique corpse—a woman wrapped in mud.

Her name and cause of death are unknown but after she died in 1207 B.C., she was wrapped in textiles and buried. Sometime after her death, something or somebody disturbed her grave and damaged her body. The ancient morticians then tried to repair the harm by enclosing her in a hardened mud shell.

Nobody is sure why they chose mud when resin covers were normally used. One plausible theory suggests that the woman came from a low-status family. They tried to emulate the resin wraps used by the elite but chose mud since it was cheaper.[5] 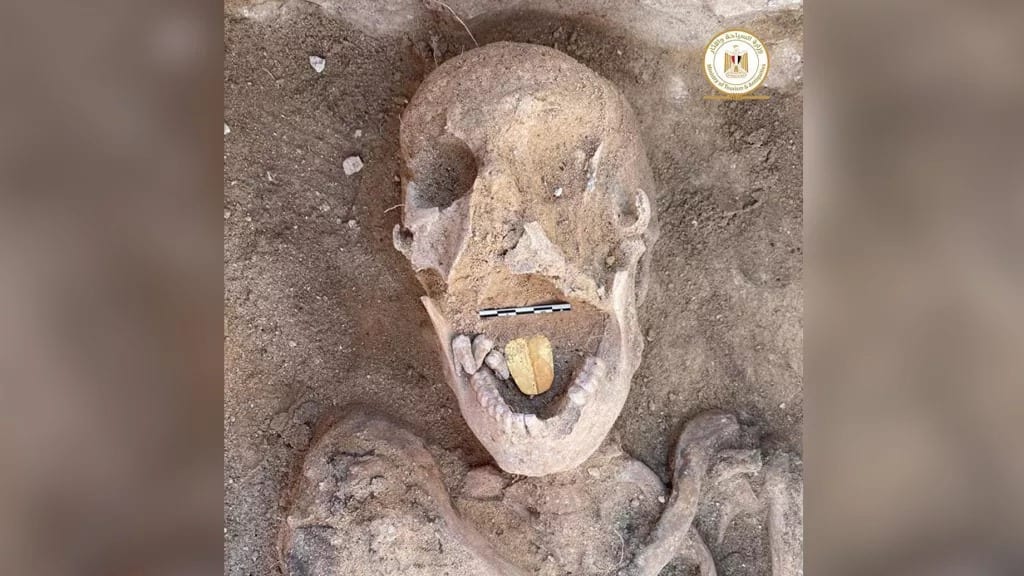 Early in 2021, Egypt announced another unique discovery. At Taposiris Magna, a mummy was discovered. Nothing weird about that. Egypt is full of them. But this is the only mummy in the history of Egyptology to sport an artificial tongue made of gold.

The 2,000-year-old corpse is a mystery. Since there are no other mummies with golden tongues and no ancient writings that explain why embalmers thought this was a good idea, one can only guess at the reason. Some have suggested that the person might have had a speech problem in life and needed help to talk to the gods in the afterlife. Even if that were true, it still does not explain why gold was used to create the tongue.[6]

Most people know the legend of King Midas. He had the ability to turn anything he touched into gold. The ability was an invention of storytellers but the king really existed. Around 3,000 years ago, he ruled a kingdom in Anatolia called Phrygia.

Phrygia was not the lost kingdom. And researchers had no missing civilizations in mind when they investigated a site in Turkey back in 2019. While working at Türkmen-Karahöyük, a farmer approached and told them about a rock with funny writing on it. The script was identified as the Luwian language from the 8th century BC.

The stone told a remarkable story. Phrygia had been defeated and King Midas had been captured. The stone celebrated this victory and was carved by somebody who belonged to an unknown kingdom—the one that had crushed Phrygia. History was unaware of this rival kingdom and at the moment, the name of this nation is lost. The stone did name their ruler—King Hartapu. Nothing is known about him, either.[7]

3 Skulls That Point To Punt 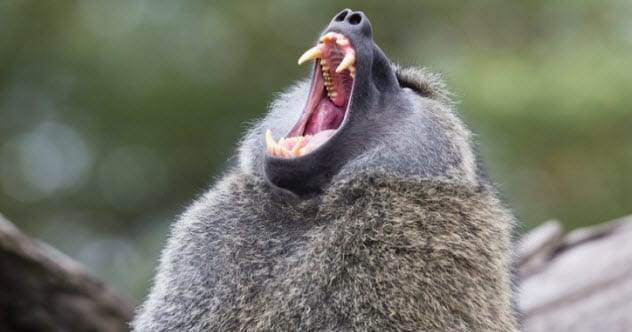 Depending on who you ask, Punt was a myth or a real place. The land had such wealth that some say Punt helped to create the crucial trade routes known as the silk roads. Ancient Egypt was a regular customer and bought myrrh, frankincense, and gold from Punt. But the most valuable commodity that attracted the Egyptians was an animal native to Punt—the Hamadryas baboon.

In the past, researchers realized that they could find Punt if they backtracked the baboon trade. They gathered Hamadryas skulls from Egyptian tombs and temples and only studied the animals born outside of Egypt. This showed that the animals came from an area that spanned Ethiopia, Eritrea, Djibouti, Somalia and Yemen.

In 2020, a new study examined baboon heads that were mummified 3,000 years ago. They did not reveal the location of Punt but the skulls narrowed the location down to Somalia, Eritrea or Ethiopia.[8]

2 Weapons That Were Once Human 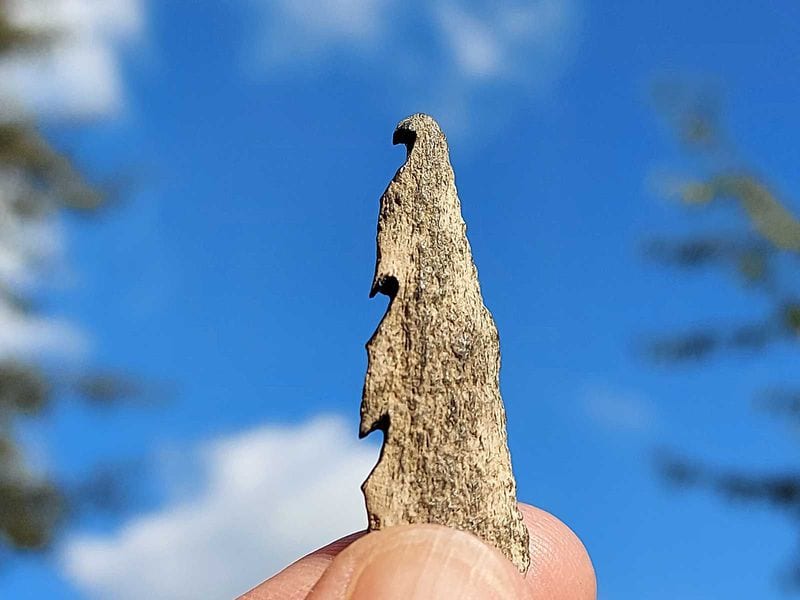 Doggerland was a strip of land that once connected mainland Europe with Britain. Around 10,000 years ago, the inhabitants made distinctive weapon points. Used as tips for harpoons, arrows, and spears, the points were carved from bone into slender saw-like barbs. Over 1,000 have already washed up on Dutch, Irish, and Russian beaches.

For a long time, nobody really studied them. But in 2020, researchers looked at 10 and made a disturbing find. While 8 were made from red deer bones, 2 came from human skeletons. The mystery has many questions. Why use human bones when other materials are more durable and available? Why turn your cousin into an arrow?

Most experts feel that the unusual practice was done for symbolic reasons. But this does not explain the practicality of the human points. They were not blunt or decorated as symbolic items might be. They were not different from the “real thing.” The human barbs were well-crafted and capable of being deadly weapons.[9] 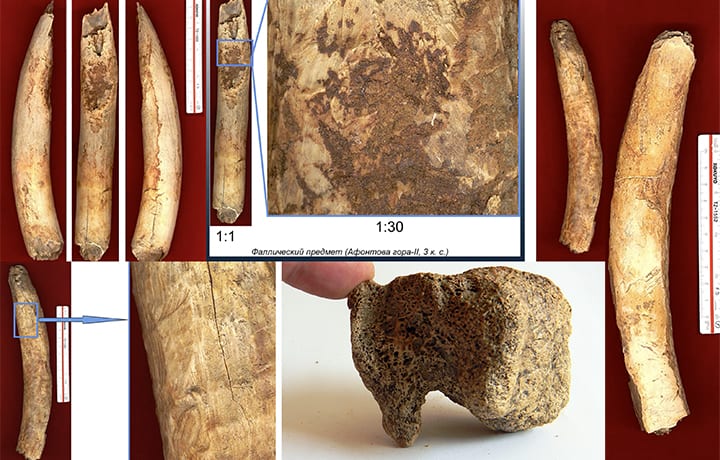 Ancient people had impressive skills. But one craft is so unusual that it defies explanation. A prehistoric community in Siberia had the ability to soften mammoth tusks into a playdough-like state, shape an animal figure, and then harden the ivory back into its seemingly original state.

When the figurines were discovered in 2000, several ivory bars were found among them. Incredibly, the bars showed that the playdough technique was not the softest option. The bars were been turned almost fluid before being shaped and hardened. How ivory can temporarily turn into a near-liquid or clay cannot be explained. Considering that the craftsmen lived 12,000 years ago, it makes their brilliant skill even more exceptional.[10]